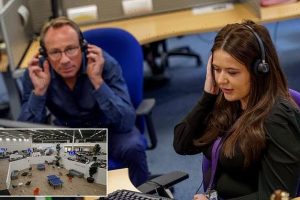 BT has declared a war on its staff who are still working from home and has said if they don’t come into the office three times a week they will face disciplinary action.

Thousands of workers have been told the company will be enacting a ‘smart working’ approach in a move that is ‘fundamental to the success of the business’.

Chief executive Philip Jansen revealed the plans to The Register in which he says the days of the working week will now comprise of ‘three together, two wherever’.

In an email, Mr Jansen said: ‘We believe in being together. That means most of our office-based colleagues coming together for at least three days a week in the workplace, or with customers. 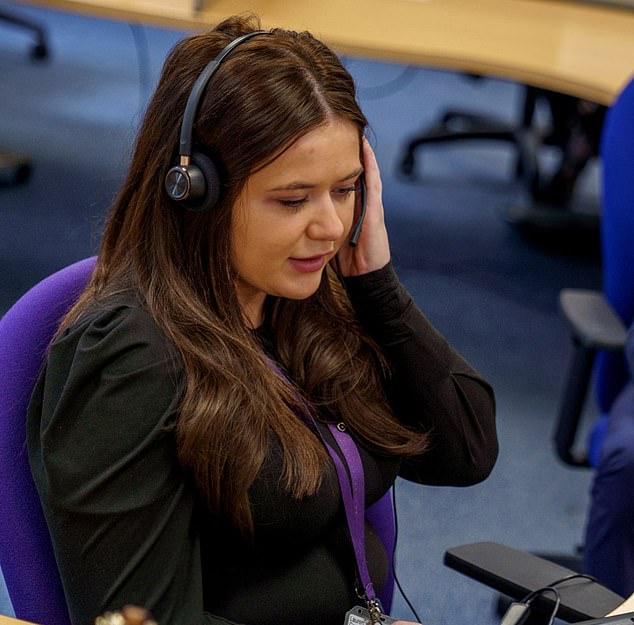 Workers should return to the office to avoid spats escalating out of control and souring staff relations, the boss of a top property firm has said.

Christian Ulbrich, chief executive of JLL, warned that conflicts were more easily resolved when staff were physically together – and that communicating virtually required far more empathy.

Speaking at the World Economic Forum’s annual conference in Davos, Mr Ulbrich told Bloomberg: ‘You get a better outcome if you are in a room together.’

It is much easier to upset people on video calls, he added.

‘Another thing I have experienced, conflicts between people are much easier resolved when people are together in an office,’ he said.

‘Whereas when you are on a video call it’s easier to miss that somebody is not happy with the way you are wording things, or behaving and in your facial expressions.

‘There is a much higher need when people work remotely to be really focused on empathy with others.’

Mr Ulbrich also accused workers of having a ‘bit of an attitude’ if they do not want to come back to the office.

‘Working remotely, we’ve lost that deep connection we only get from being together – with each other or with our customers – more often: the spontaneous conversations, the creative work, and the building of deep human relationships that inspire amazing things for our customers.

‘I know this won’t suit everybody’s individual preference, but the whole of the executive team believes it is fundamental to the success of our business.’

The move comes after it was revealed in a survey of 50,000 UK office workers last month that only 13 per cent went into work on a Friday, with the average respondent spending just 1.5 days a week in the office.

At the end of August it was announced that office availability in central London is at its highest level in more than 15 years.

There are close to 31 million square feet of space currently lying empty — the equivalent of about 60 Gherkins, the iconic 41-floor skyscraper in the City of London.

Two studies in China and the U.S. found that 23 per cent of on-site workers were promoted within 12 months, compared with just 10 per cent of remote workers.

Data published by the Office for National Statistics found around a third of people are continuing to spend part of their week working at home.

Huge numbers of civil servants are reluctant to go back to their desks, prompting fears for productivity and the survival of businesses in city centres that rely on them.

While some staff find it easier to work from home some or all of the time, many managers are concerned that long-term flexible working could reduce productivity, hamper teamwork and affect workers’ social lives.

And the Government fears that increased home working could affect the economy, as workers make fewer trips out to shop and buy lunch and shun office space.

Companies are now having to decide what to do with regards to letting staff work remotely, with City law firm Stephenson Harwood telling workers they can continue to work from home if they take a 20 per cent pay cut.