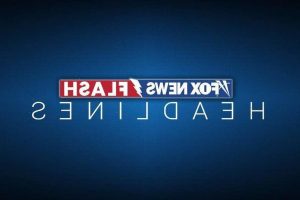 A homoeopathic doctor in California became the first person in the United States to face federal charges over fake COVID-19 immunizations and falsified coronavirus vaccine cards.

Juli A. Mazi, 41, of Napa was arrested Wednesday and charged with one count of wire fraud and one count of false statements related to health care matters, the Department of Justice said in a press release.

“This defendant allegedly defrauded and endangered the public by preying on fears and spreading misinformation about FDA-authorized vaccinations, while also peddling fake treatments that put people’s lives at risk. Even worse, the defendant allegedly created counterfeit COVID-19 vaccination cards and instructed her customers to falsely mark that they had received a vaccine, allowing them to circumvent efforts to contain the spread of the disease,” said Deputy Attorney General Lisa O. Monaco.

Authorities were first tipped off to Mazi’s alleged scheme in April, when a person contacted the Department of Health and Human Services Office of Inspector General’s hotline. The tipster said family members had purchased immunization pellets from the doctor that “contained the COVID-19 virus and would create an antibody response in the immune system,” the DOJ said. 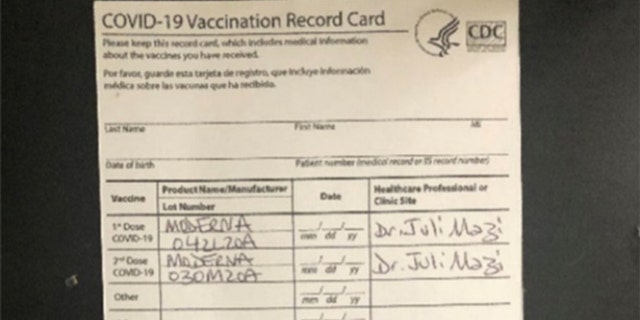 The affidavit states that Mazi expanded her pre-existing immunization scheme during the pandemic and promised customers that the pellets would  provide “lifelong immunity to COVID-19.”

She also allegedly encouraged customers to purchase the pellets by claiming the FDA-approved vaccines contain “toxic ingredients,” and said children could also take the pellets, as the “dose is actually the same for babies.”

As part of the scheme, Mazi allegedly coached customers on how to falsify the vaccine cards with specific Moderna vaccine lot numbers and guidance on how to select false dates of immunization to evade suspicion.

“This doctor violated the all-important trust the public extends to healthcare professionals — at a time when integrity is needed the most,” said Special Agent in Charge Steven J. Ryan of the Department of Health and Human Services Office of Inspector General (HHS-OIG). “Working closely with our law enforcement partners, our agency will continue to investigate such fraudsters who recklessly endanger the public’s health during the unprecedented COVID-19 crisis.”

The charges come months after the FBI warned that people face harsh penalties for falsifying vaccine cards, noting it is a federal offense.

“The unauthorized use of an official government agency’s seal is a crime and may be punishable under Title 18 United States Code, Section 1017, and other applicable laws,” the FBI said in a statement in May.

FBI field offices have also opened investigations into false vaccine records, including in Chicago where one agent warned that selling the cards endangers “everyone.”

“If people are selling fraudulent vaccine cards, they are endangering everyone,” said Siobhan Johnson with the FBI in May. “So yes, we are looking at those cases and investigating them and there can be severe penalties.”