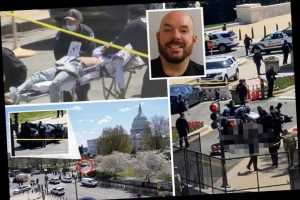 A CAPITOL police officer has been killed and another injured after they were mowed down by a suspect who rammed his car into a barrier and confronted them with a knife before being shot dead.

The Capitol was placed on lockdown after the carnage erupted shortly after 1pm on Friday afternoon when the knifeman plowed his blue sedan into the two officers, who were on duty at the security checkpoint. 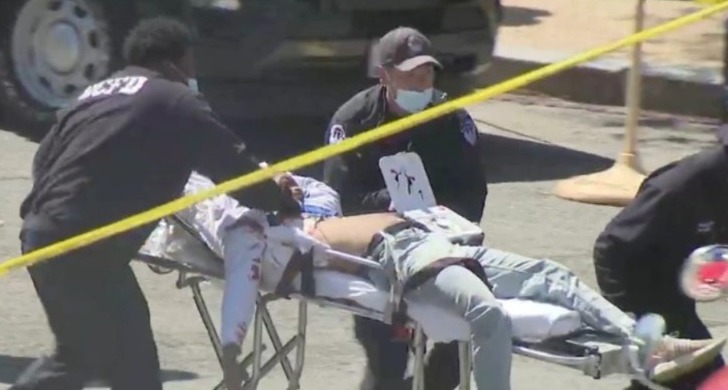 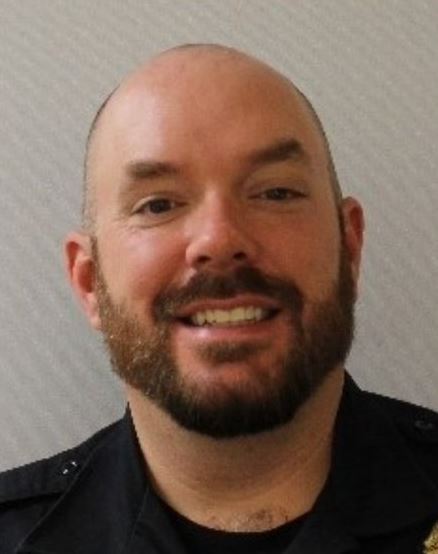 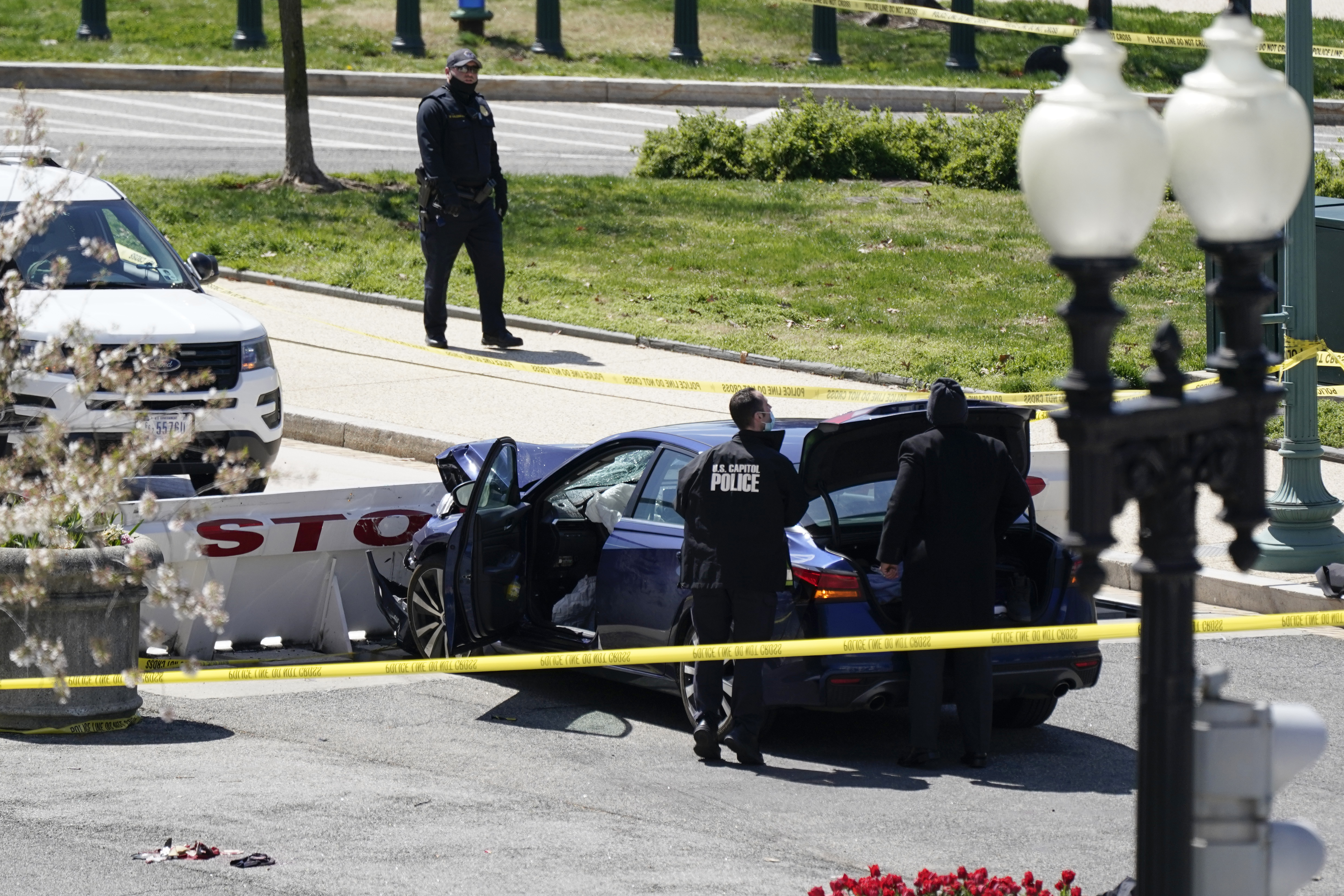 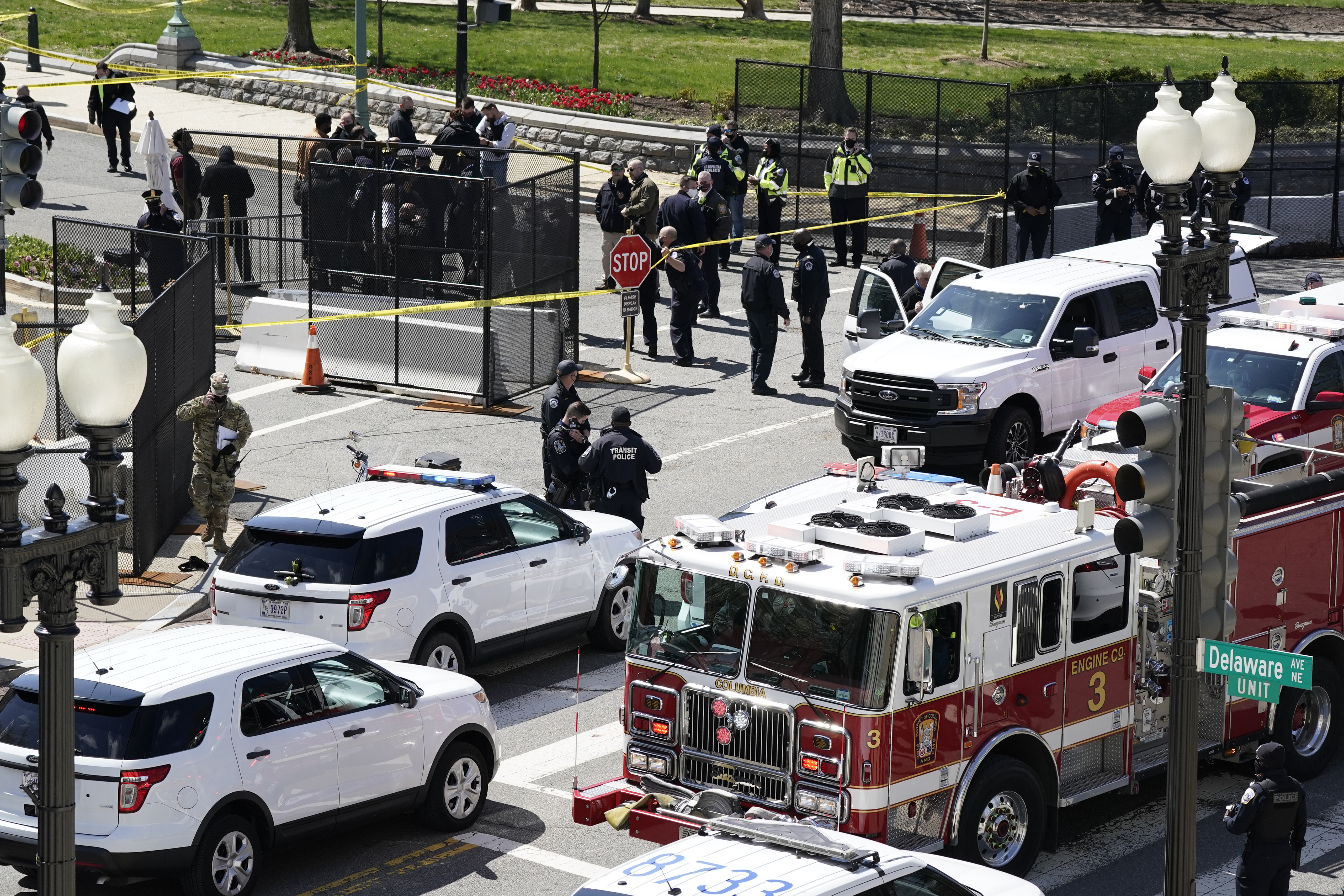 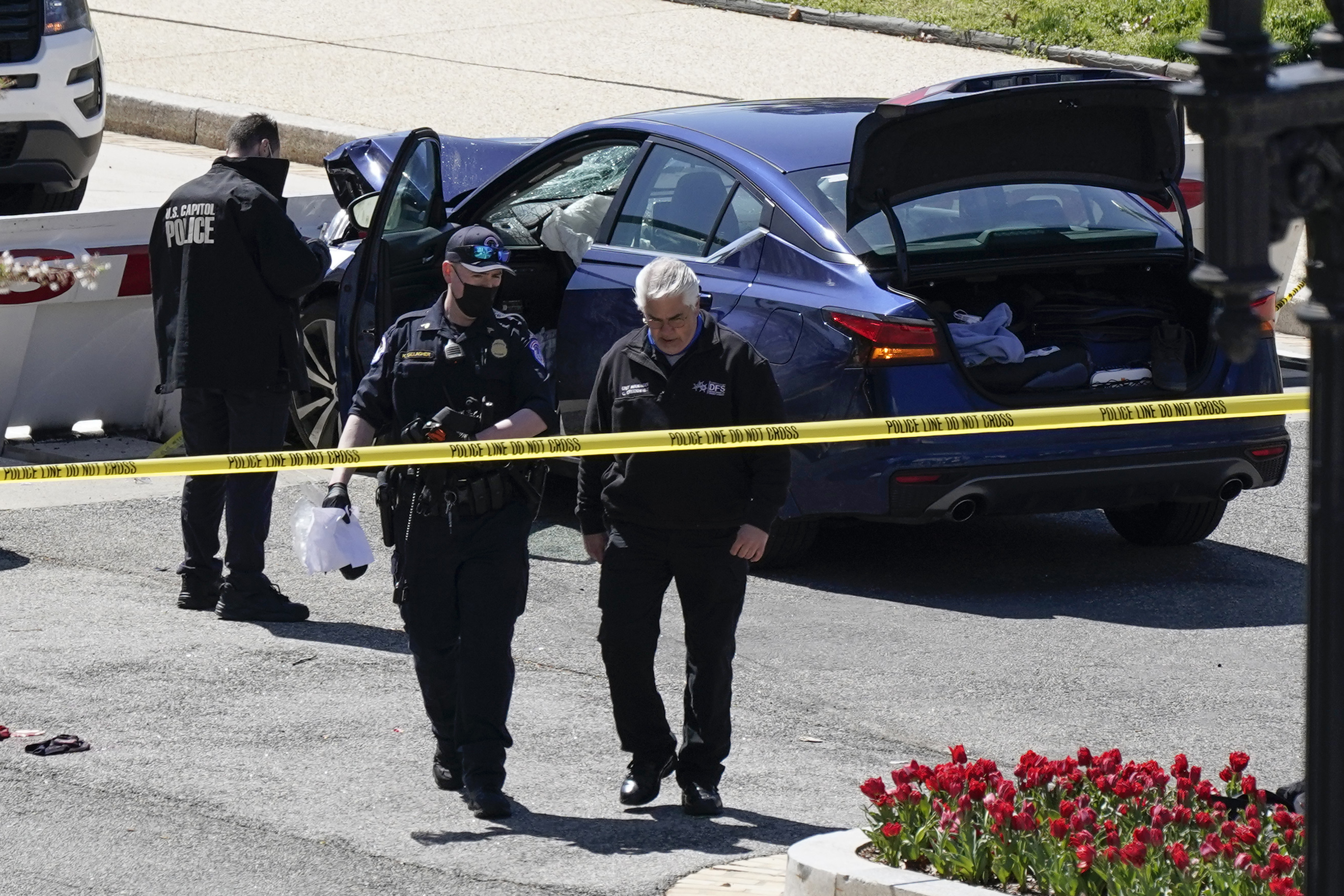 Capitol Police confirmed one officer and the suspect died while a second police officer was rushed to hospital, where their condition is currently unknown.

Following the tragic news, House Speaker Nancy Pelosi ordered flags to be flown half-staff at the US Capitol.

Acting Chief Yogananda Pittman confirmed that the suspect was not on police file. Officers added that the incident does not appear to be terrorism related.

Pittman later identified the fallen officer in a statement as William "Billy" Evans.

"It is with profound sadness that I share the news of the passing of Officer William 'Billy' Evans this afternoon from injuries he sustained following an attack at the North Barricade by a lone assailant," she said.

The suspect has been identified as Noah Green, 25, by Fox and NBC News.

Cops said all Capitol buildings were locked down "due to an external security threat" after the suspect rammed a barricade on Constitution Avenue before getting out of the car with what appeared to be a knife.

The weapon in question was described as something "between a kitchen knife and a machete," Fox News reported.

President Biden is "aware of the incident at the US Capitol," the White House said. The White House is expected to make a statement soon.

Law enforcement officials told the Associated Press that the suspect was shot by officers and rushed to hospital in a critical condition, where he died a short time later.

One of the injured cops was taken to hospital in a police car and the other was transported by emergency medical crews, officials said.

The FBI Washington Field Office is assisting with the response to the incident, Fox News reports.

TV footage showed a blue sedan crashed into a security barrier on one of the streets leading to Congress, as what appeared to be the injured officers were loaded onto stretchers and into ambulances.

The majority of lawmakers are not near the building as Congress is on recess, and Biden left Washington earlier in the day for Camp David. 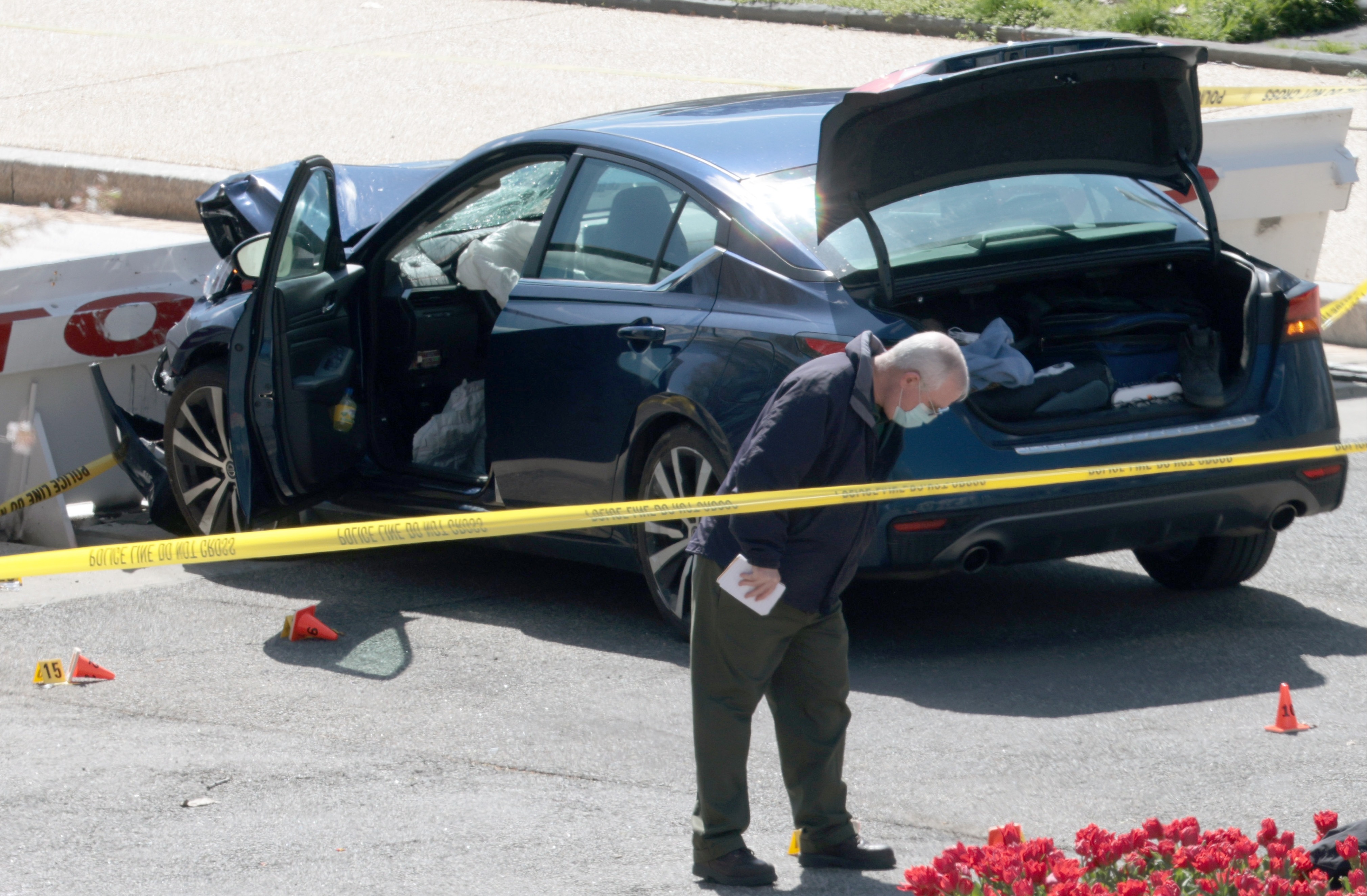 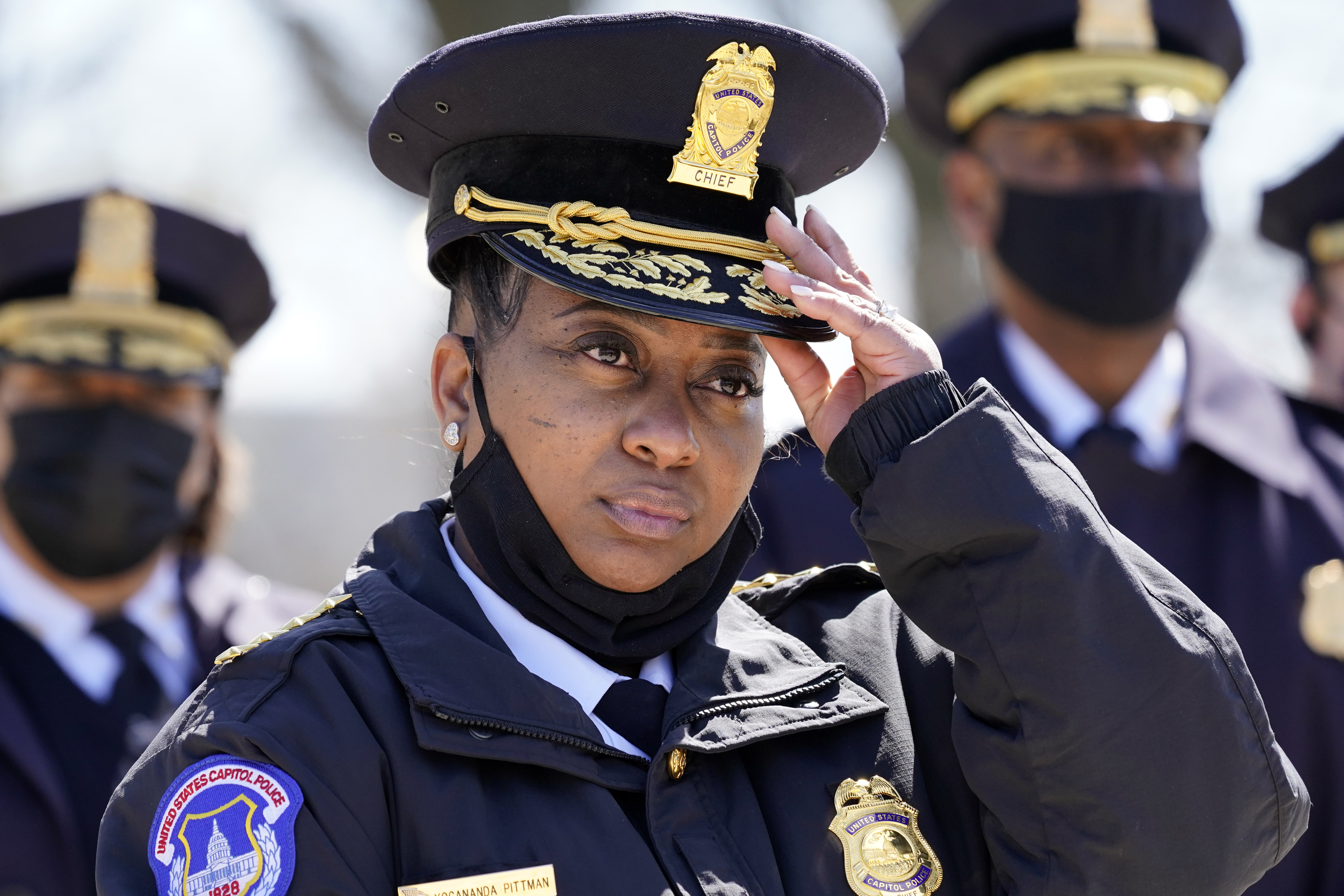 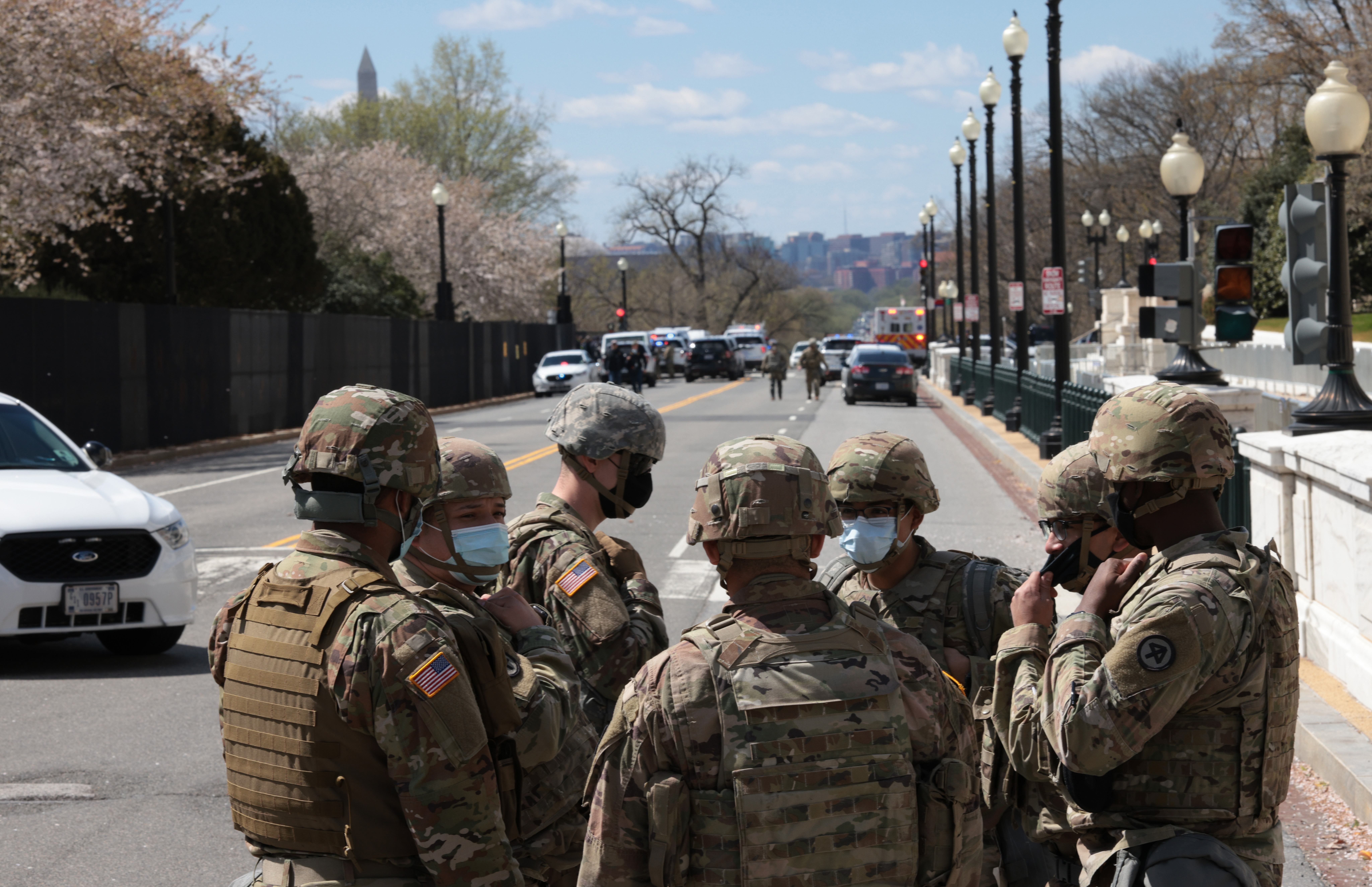 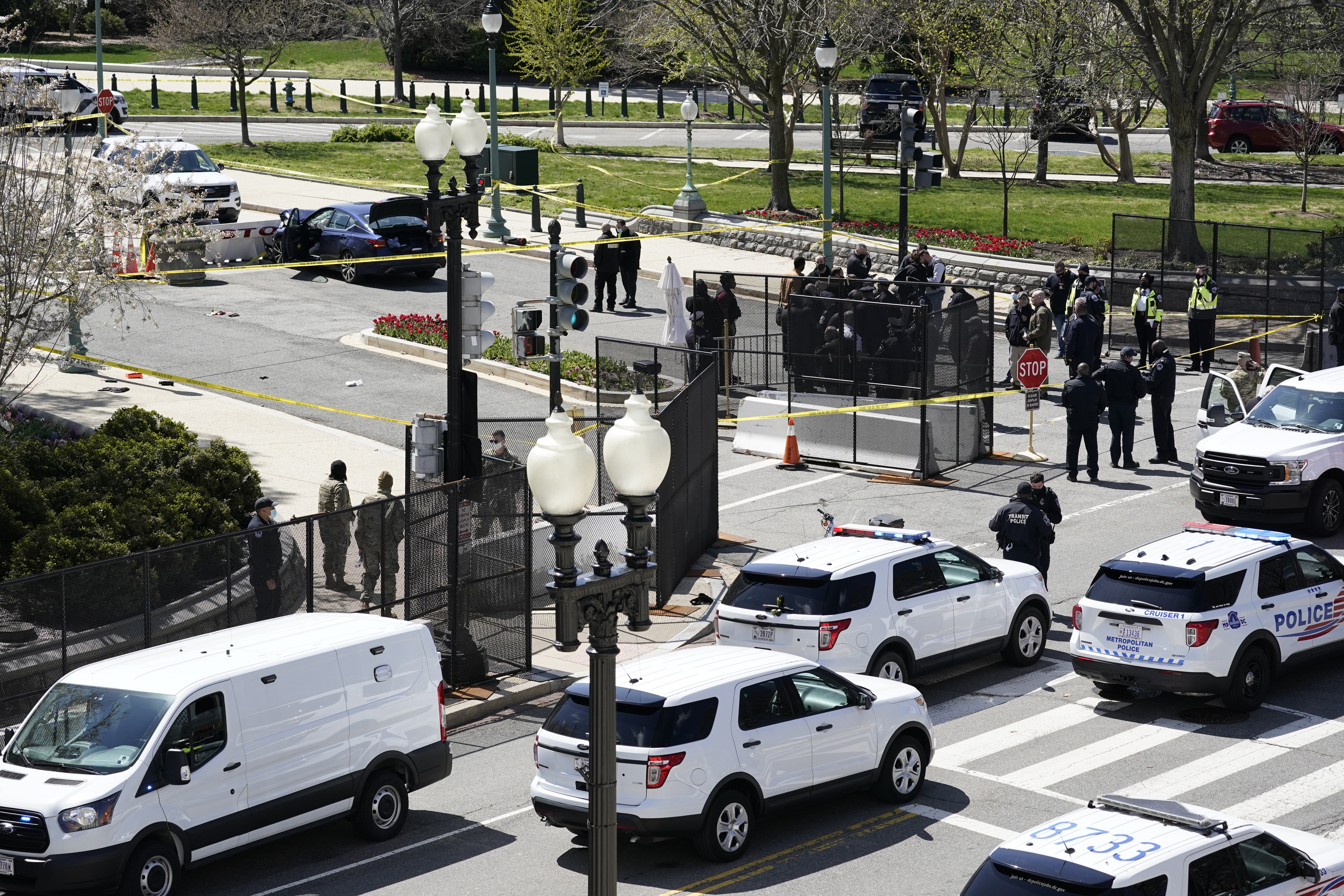 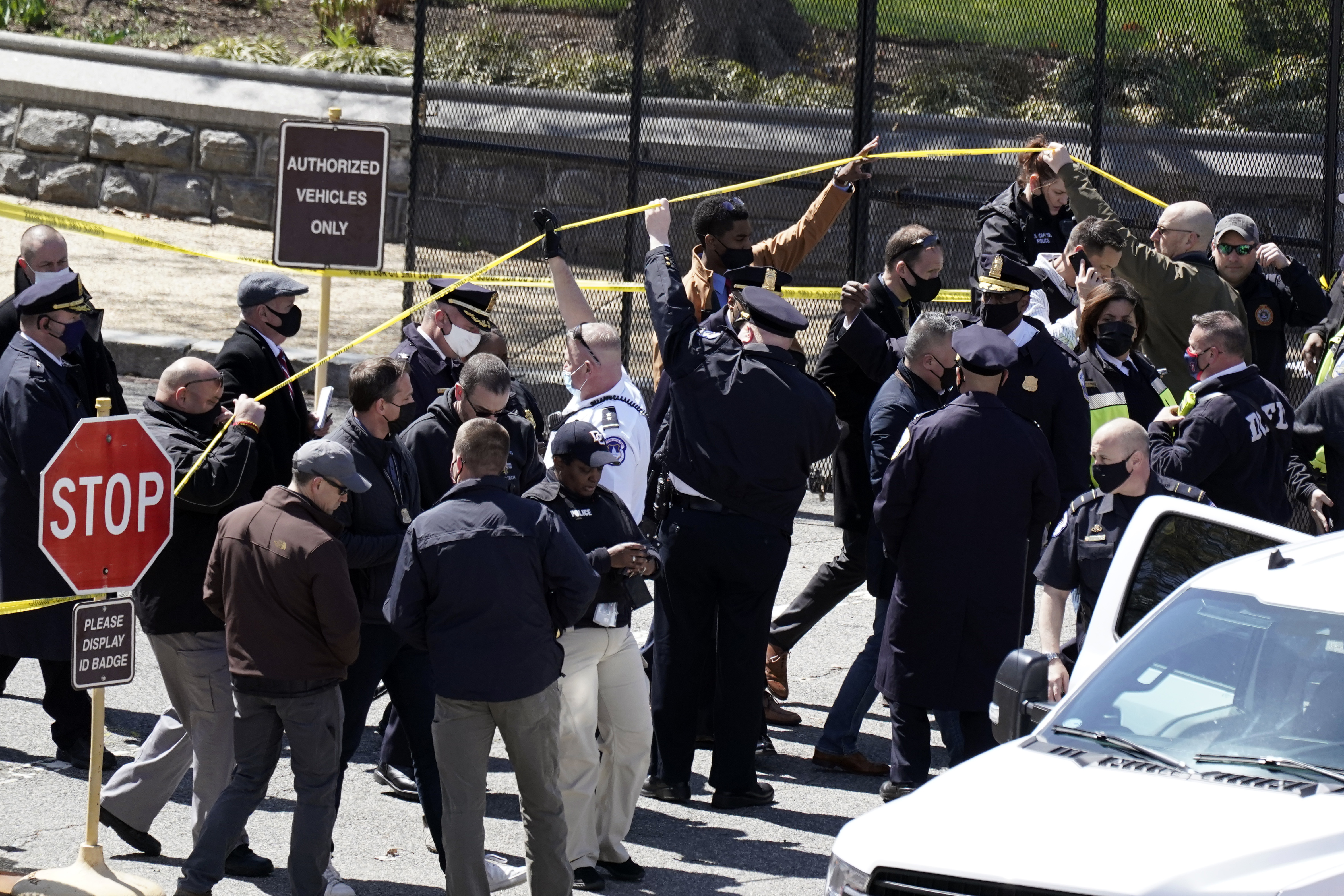 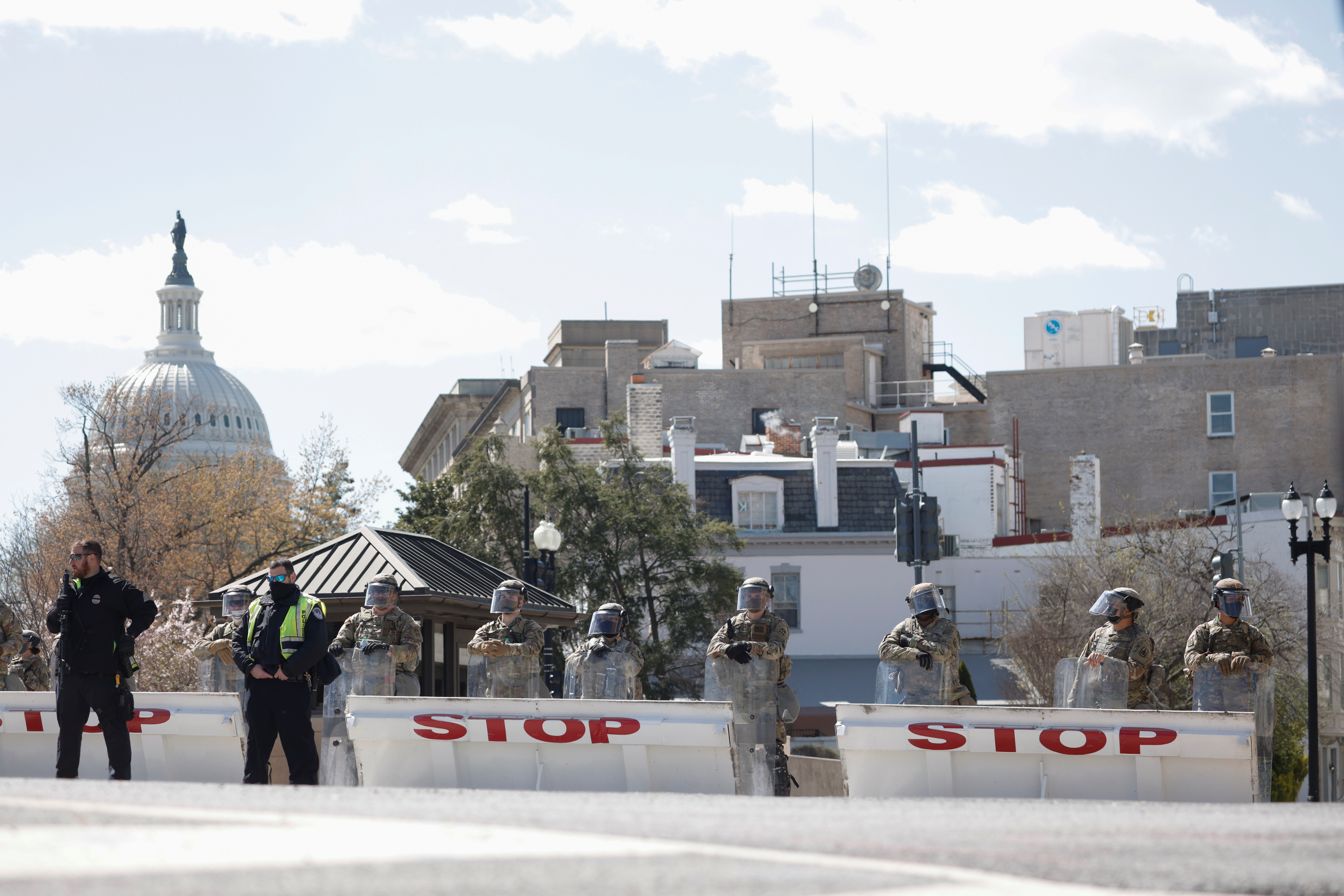 The US Capitol lockdown was lifted just after 3pm local time, after over an hour of restrictions.

In a statement on Twitter, the DC National Guard said it deployed soldiers and airmen to the Capitol complex this afternoon to support the US Capitol Police.

"No National Guard members were injured in the incident at the Capitol," the statement said.

Metropolitan Police told The Sun that they are at the scene assisting.

MSNBC journalist Jake Sherman tweeted videos of police cars speeding up to Capitol Hill, as well as a security helicopter landing on the front lawn.

A DC Fire spokesperson told The Sun that two patients were transported to hospital after the incident.

"We thank the Capitol Police, National Guard, & first responders for all they do to protect the Capitol and those inside."

Republican leader Kevin McCarthy also wrote: "Please join me in prayer for the two Capitol Police officers and their families.

"They reacted quickly and bravely, as did all the other first responders at the scene. The whole country is pulling for them right now." 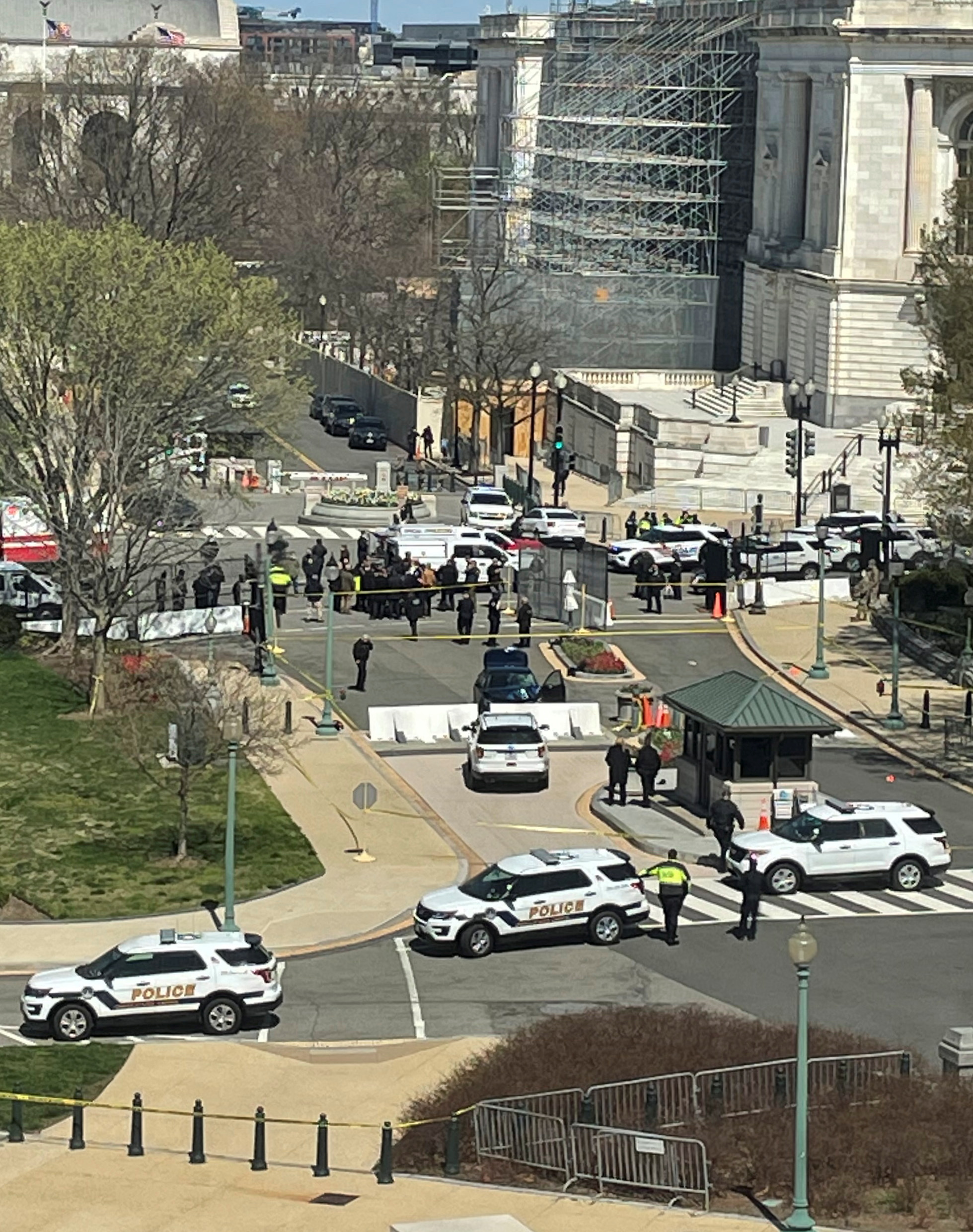 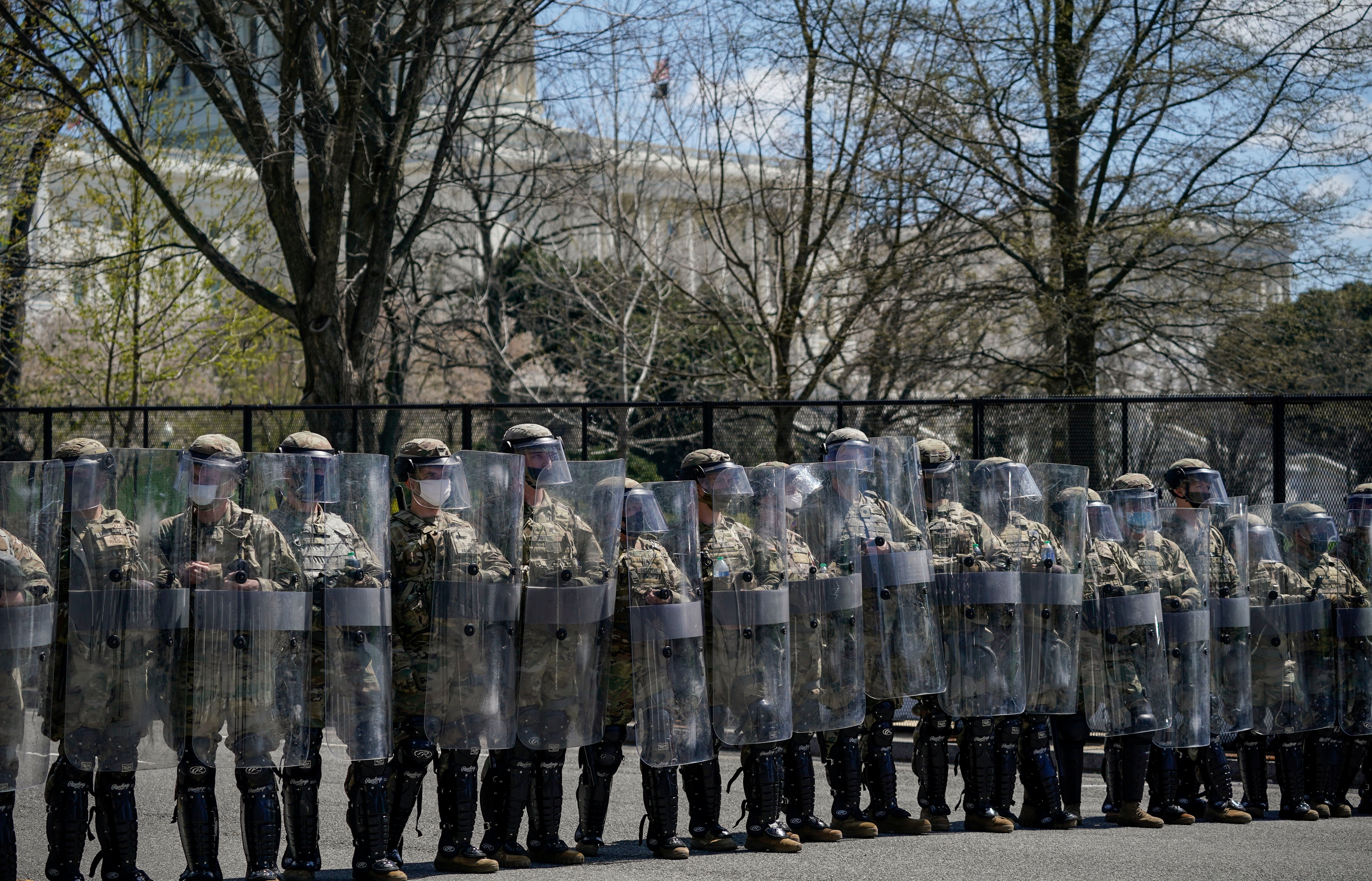 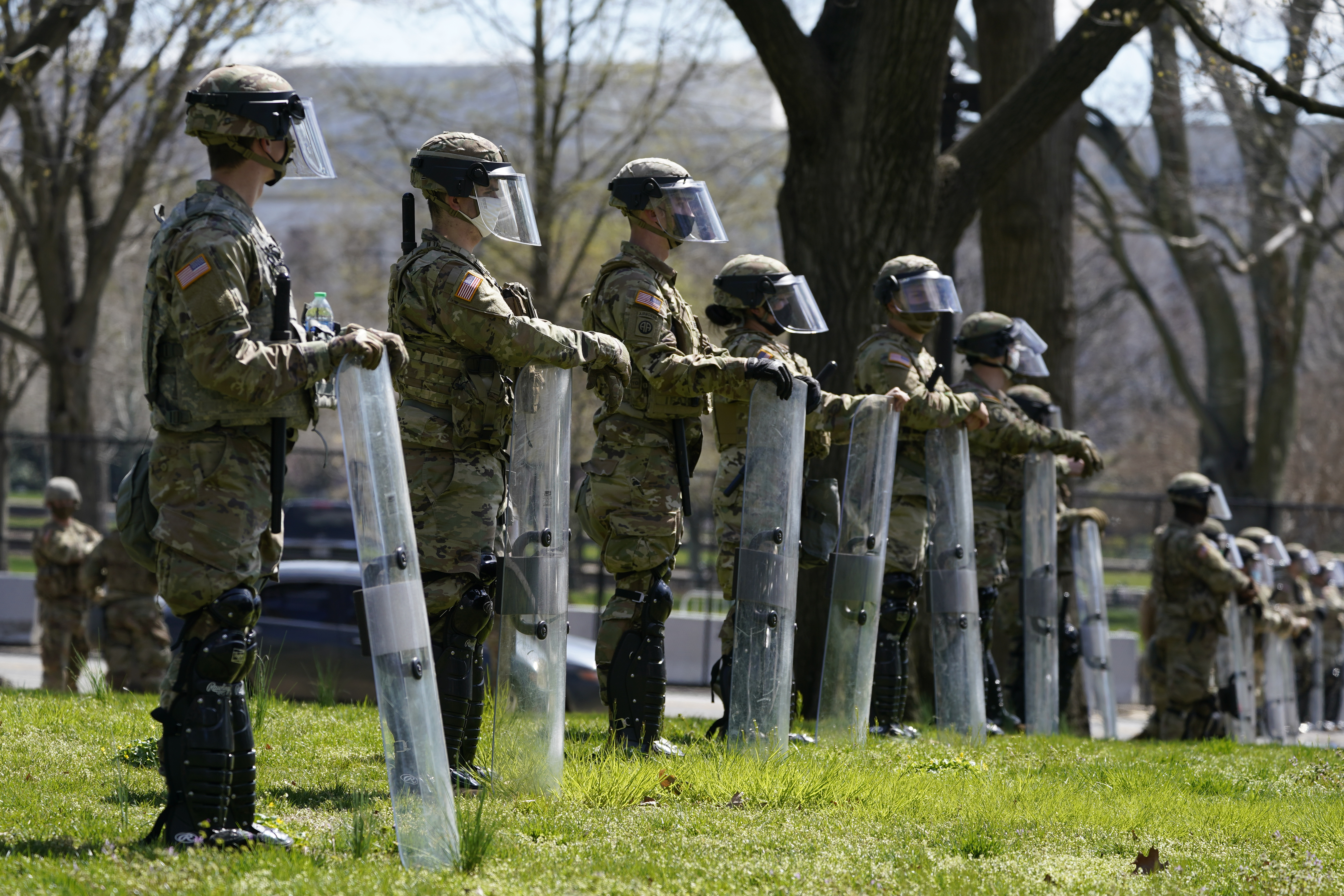 Senate Minority Leader Mitch McConnell said: "Praying for the United States Capitol Police officers who were attacked at the Capitol.

"We are still learning what’s taken place. Grateful to all the USCP and first responders who are on the scene."

The incident comes amid tightened security in Washington after the January 6 siege by supporters of then-president Donald Trump.

Five people, including a Capitol Police officer, died in the assault inspired by Trump's groundless claims that he had lost the November presidential election due to massive fraud.

Since then security officials have said there is an ongoing threat from extreme right groups and Trump supporters.

But security officials have said they will soon scale back fencing that has circled the Capitol since a mob attacked the building.

Timothy Blodgett, the acting House sergeant-at-arms, told members of Congress that the fencing will be scaled back in two phases after US Capitol Police said "there does not exist a known, credible threat."