China 'not yet confirmed' it will attend Cop 26 climate conference 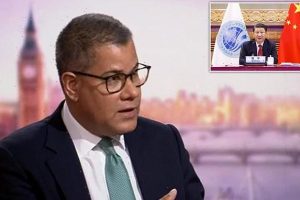 Chinese President Xi Jinping has still not committed to attending the Cop26 international climate change talks in Glasgow, the British minister chairing the conference has said.

Cop 26 president Alok Sharma was unable to confirm China would even be sending a delegation to the gathering in November – although he insisted he was ‘very, very hopeful’ they would.

The agreement of China, as the world’s biggest emitter of greenhouse gases, is seen as crucial if the talks are to succeed in slowing global warming.

However, Beijing has been infuriated by the new defence pact by the UK, US and Australia – widely viewed as a move to counter China’s increasing military assertiveness in the Indo-Pacific.

The foreign ministry in Beijing said it was ‘extremely irresponsible’ after the three allies announced plans to collaborate on developing a fleet of nuclear-powered submarines for the Australian navy.

Mr Sharma, who is flying out to New York with Boris Johnson for the United Nations General Assembly, said he would not expect Mr Xi to say whether he was going to Glasgow until nearer the time.

Pressed on the BBC’s The Andrew Marr Show, he was unable to say for certain that there would even be a Chinese delegation at the talks. 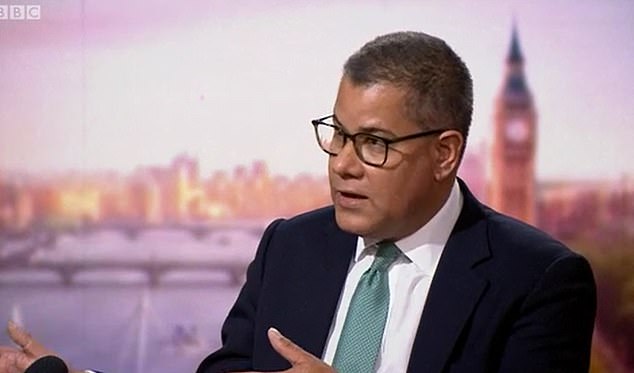 Cop26 president Alok Sharma was unable to confirm China would even be sending a delegation to the gathering in November – although he insisted he was ‘very, very hopeful’ they would. 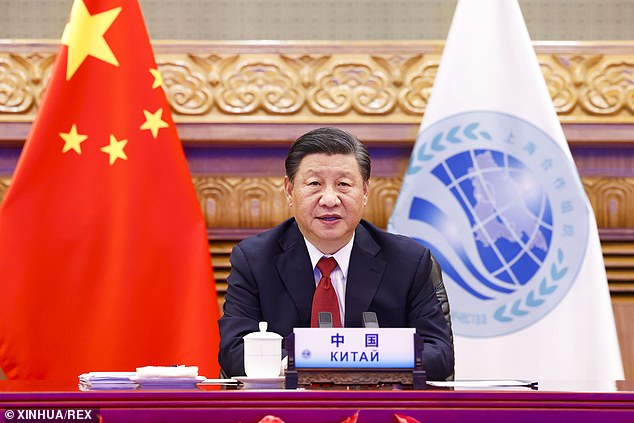 The agreement of China, as the world’s biggest emitter of greenhouse gases, is seen as crucial if the talks are to succeed in slowing global warming.

‘On the issue of whether Xi Jinping is going to come, that is not yet confirmed. Normally these things come a bit closer to summits. I am very, very hopeful that we will have a delegation from China that is coming,’ he said.

‘President Xi Jinping would come for the world leaders’ conference which is the first two days of Cop. But, of course, we want China there as part of the negotiations.

‘I do feel that they will come for that. I certainly expect that China will send a negotiating team to Glasgow.’

Mr Sharma, who was recently in Beijing for talks ahead of the summit, acknowledged China would have to be a key part of any agreement.

He told Sky News’s Trevor Phillips on Sunday programme: ‘There is no doubt that China is going to be part of the key to all of this. They are the biggest emitter in the world.

‘They have said to me they want the Cop26 to be a success. The ball is in their court. We want them to come forward and make it a success together with the rest of the world.’

Mr Sharma said he was confident the talks would be able to go ahead as planned in Glasgow, despite rising Covid levels in Scotland.

He said that a range of safety measures were being put in place, including providing vaccines for accredited delegates who would otherwise be unable to access the jab in their own countries.

‘I am confident that we are going to have a physical Cop26. We are planning for that,’ he told the BBC.

‘What’s vitally important is that the people who are coming are safe but also the people of Glasgow are safe. I am confident that we will have a safe event.’