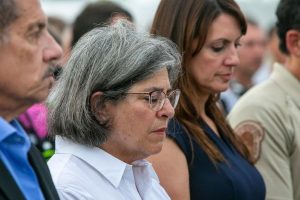 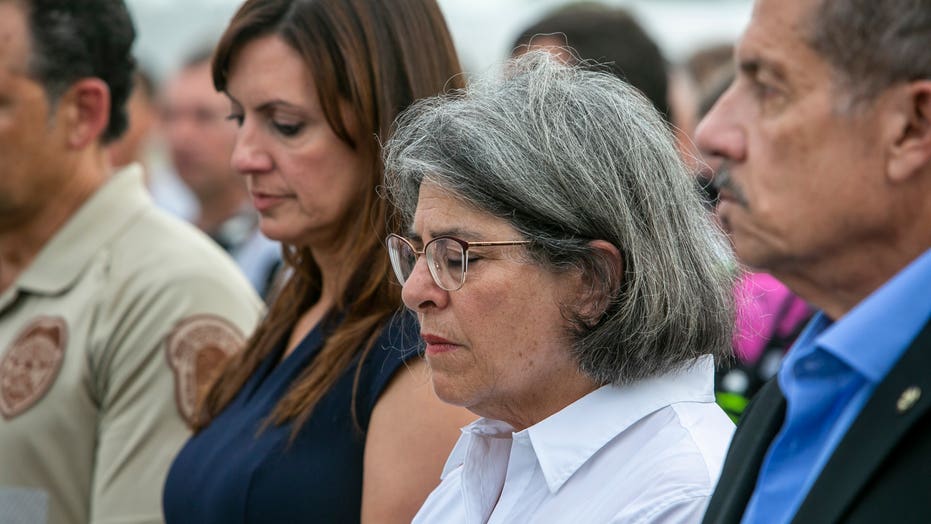 After four more bodies were found at the Surfside condo collapse site in Florida, the death toll has climbed to at least 64 and 76 remain unaccounted for, Miami-Date County Mayor Danielle Levine Cava said during a Thursday evening news briefing.

Forty of the victims have been identified, she said.

“The work continues with all speed and urgency,” she said. “We are working around the clock to recover victims and to bring closure to the families as fast as we possibly can.” 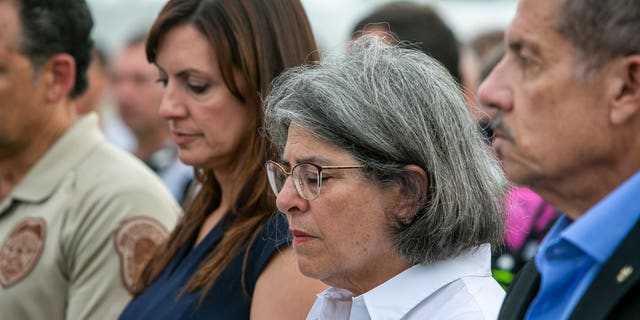 Miami-Dade County Mayor, Daniella Levine Cava, center, stands with other officials in from of the rubble that once was Champlain Towers South in Surfside, Fla., Wednesday, July 7, 2021. (Jose A Iglesias/Miami Herald via AP)

At midnight Wednesday, the mission shifted from a search and rescue operation to a recovery effort, meaning authorities had little hope that they could find additional survivors two weeks after the condo collapsed in the middle of the night on June 24. Many of the victims were found crushed to death in their beds.

The decision to end the rescue effort came after crews completed a search of the last area where they expected to find “voids,” or pockets of debris large enough to possibly contain survivors.

Authorities did search voids they hadn’t been able to access previously – but they found no one alive.

No survivors had been found since the first few hours following the abrupt partial collapse, which happened as dozens of victims were believed to have been asleep.

An investigation into the cause of the collapse is ongoing and at least a half-dozen lawsuits have been filed in connection with the incident.