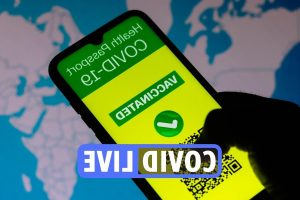 COVID cases are on the rise, forcing millions of Brits – including essential workers – to self-isolate as grim numbers begin to resurface.

Around 99 per cent of areas are now reporting an increase in coronavirus cases, with Redcar & Cleveland, Copeland, Stockton-on-Tees, Middlesbrough and Castle Point topping the list.

Also, the UK death toll from the virus rose by 96 yesterday – almost double the death toll of this time last week.

Read our Coronavirus live blog for the very latest updates…