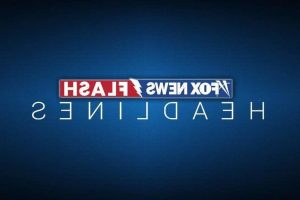 A Canadian nurse suffered significant facial injuries after she was allegedly attacked by a man upset that she had administered a COVID-19 vaccine to his wife, reports said.

Reuters reported that the alleged incident occurred inside a pharmacy in Sherbrooke, which is southeast of Montreal. The man was dismayed that his wife was given the jab and went into the office at the pharmacy to express his displeasure, police said.

The nurse, who was described as a woman in her 40s, was confronted by the man and the interaction allegedly took a violent turn. She was punched repeatedly and then the suspect fled the scene, police told CTVNews.

Authorities are searching for the suspect who was described as a man between 30 and 45 years old. He had earrings and a tattoo on a hand that may have been a cross, the report said.

The pandemic hit hard in Quebec, as in Ontario, before Canada overcame its vaccine shortages and outpaced the U.S. and much of the world in immunizations. Now, 70% of Canadians are fully vaccinated compared with 55% of Americans.