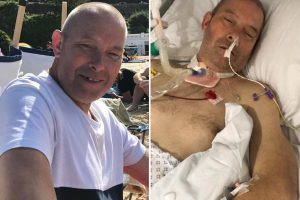 A DAD has been left paralysed days after getting his Covid jab, his family says.

Anthony Shingler suffered an extremely rare side effect and is now bedbound. 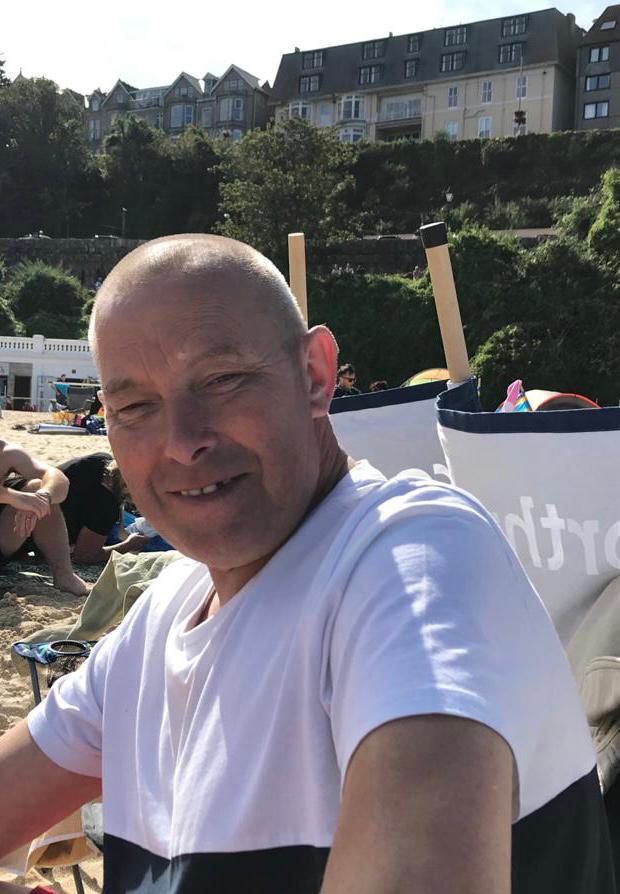 The 57-year-old's family believe his problems started after getting a first dose of the AstraZeneca vaccine three months ago.

Anthony, a security guard, has since been diagnosed with Guillain-Barré syndrome (GBS), a very rare and serious condition that affects the nerves.

Four other Brits have also developed the life-threatening condition days after having their AZ jab. Three of the four cases detected in the UK had underlying health conditions.

The formerly "fit-and-healthy" grandad, from Northwood, Stoke on Trent struggled with mild symptoms before developing numbness in his legs, his wife says.

Nicola said "I'm adamant it was the vaccine, he was fine until he had it. They've found no other trigger.

"It’s a nightmare to watch him. I can’t stand seeing my husband in so much pain every day. We’ve been totally ignored and forgotten by the government.

“He is still getting texts from the NHS to go for a second jab and he is lying in a NHS hospital paralysed. This is how impersonal it is. It’s wrong on all levels."

Experts agree getting vaccinated far outweighs any small risk of an adverse side effect.

Guillain-Barré (pronounced ghee-yan bar-ray) syndrome is a very rare and serious condition that affects the nerves.

Most people do make a full recovery but it can be fatal and it can leave people with long-term problems.

Symptoms start in your feet and hands, before spreading to your arms and legs.

It occurs when the immune system attacks healthy nerve cells. In about two-thirds of cases, it follows a viral or bacterial infection.

The most common infection linked to the syndrome is the bacteria Campylobacter jejuni.

It infects the gastrointestinal tract and commonly causes diarrhoea.

Other initial signs include:

You can die from Guillain-Barré syndrome if it causes blood clots or severe breathing difficulties. One in 20 cases is fatal.

There have been incidents where people have suffered a serious reaction to their Covid jab, but this has been a very small percentage of those vaccinated.

Reacting badly to any vaccination is very rare, with any side effects usually minimal.

Nicola added: "[After the vaccine] he had mild symptoms for a few days, a muddy head and his legs were aching. He just went to bed.

“He got up March 8 and all through that week his legs continued to hurt. He said it felt like he was walking up a mountain, they were really heavy.

"By March 12 he was having real trouble. He woke up and felt a numbness from his hips down.

“He persisted in going to work on March 19 but he then started getting pins and needles in his hands and feet.

“I took him to Haywood walk-in centre and they said he needed to be assessed by A&E.

“He rang me three hours later to pick him up because they were sending him home with a possible allergy. We knew he didn't suffer from allergies.”

Nicola says her husband's symptoms worsened after he was discharged and he was rushed back to Royal Stoke University Hospital and put on a ventilator.

She added: "My husband has been taken out of work and he's our main earner, we’ve had no support financially. His work had to furlough him for the next couple of months. We shouldn’t have to deal with this.

“He is capable and mentally there but he is so fed up. His life has been taken away from him and us. There’s things we can’t do now that we planned.”

The Medicines and Healthcare products Regulatory Agency (MHRA) is monitoring all potential side effects reported to them, including Guillain-Barre Syndrome. 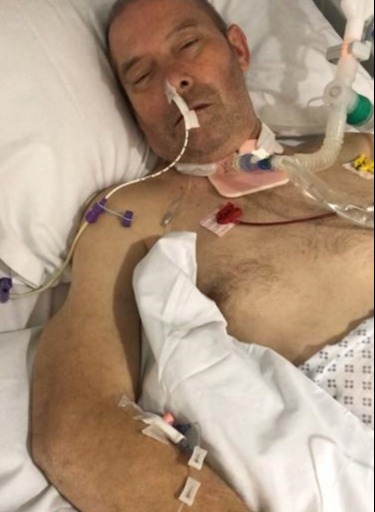 Dr June Raine, MHRA chief executive, said: “Over 72 million doses of vaccines against COVID-19 have now been administered in the UK, saving thousands of lives through the biggest vaccination programme that has ever taken place in this country.

“No effective medicine or vaccine is without risk. Our advice remains that the benefits of the vaccine outweigh the risks in the majority of people.

“We ask anyone who suspects they have experienced a side effect linked with their COVID-19 vaccine to report it to the Coronavirus Yellow Card website.”