DETENTION: Welcome to the world of refugees, Djokovic 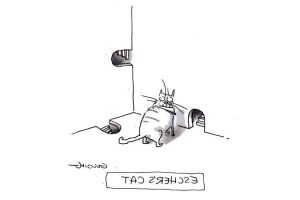 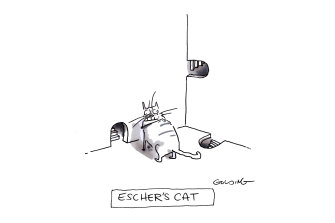 To submit a letter to The Age, email [email protected] Please include your home address and telephone number.

It seems Novak Djokovic is held in immigration detention in a “dirty” room with “bugs”. But as the Minister for Home Affairs, Karen Andrews, says: “He is free to leave any time.” Which is true, provided he heads for the airport. But those “inhuman” conditions Djokovic is suffering are exactly those experienced by refugees for years: no fresh air, no exercise facilities, and, of course, dirty rooms with bugs. They, too, are free to leave any time. But there’s an important difference: should they return to their country, they face likely detention, or worse, death.

There is no comparison in plights
Much has been said with differing views regarding Novak Djokovic. It has highlighted several issues not the least from the Prime Minister mindful of a coming election and Djokovic’s father seeming to elevate his son to the status of Jesus. But the most strident contrast is that of those refugees who are incarcerated for their right to seek asylum. One questions the disparity in our humanity between celebrity and the denial of a fundamental human right. To compare Djokovic’s predicament with the experience of refugees in the same hotel is shameful.

The time has arrived for freedom
For too many years, the federal government has held asylumseekers in detention, including the hotel where they have no access to fresh air and sunlight. The apparent reason for this is to deter others from coming to Australia. With more than 50,000 COVID-19 cases in Victoria in the past day, the government now possesses a much better deterrent. It is more than time to free these people who are living without hope.

Unflattering picture of Australia
Comparisons of community attitudes towards hundreds of desperate refugees with those towards an entitled, wealthy tennis star provide a depressing picture of us all. John Howard was able to gain political advantage with a mendacious, cold-blooded campaign against Tampa refugees in the absence of any huge public backlash. Tragically, the Labor opposition fell into line, and our subsequent treatment of many refugees has become an international disgrace. On the other hand, our public backlash against Novak Djokovic seems to have had immediate impact. These unflattering snapshots of Australia are surely a cause for some serious reflection.

It is not imprisonment for Djokovic
I wish Nick Kyrgios could understand that Novak Djokovic is not being imprisoned but being deprived of his liberty due to his not being able to satisfy our entry requirements. Maybe Kyrgios could take an interest in other residents being held in the same hotel who are refugees who are imprisoned but have committed no crime. Djokovic will either be allowed to stay or be deported, but he won’t be in detention.

Management problems
If the Prime Minister Scott Morrison was running a hotel it’d be frequently low on stock because he hadn’t ordered a sufficient quantity. When it does arrive he finds out he doesn’t have enough staff to serve its customers. As a backup he then decides to handball it all to someone else to organise (as in the states).

Wave of despair
Last week the Prime Minister advised voters “we have no choice but to ride the [Omicron] wave”. However, once again COVID-19 has materially impacted the financial and mental wellbeing of small business owners and workers to meet their living expenses and financial commitments – personal, home and business.
Empty shops, restaurants, venues, childcare centres, order books, etc. It’s lockdown by stealth, without reasonable targeted support.
It’s easy for Morrison to inform Australians to ride the Omicron wave from the safety of the shoreline. During the pandemic, politicians and chief health officers have not experienced financial hardship or businesses wiped out from their decisions or lack thereof.

Afghanistan’s hell
″⁣The girl sold to feed her family″⁣, (The Sunday Age, 2/1) is a story of the savage reality that exists in Afghanistan. For us it is something that is impossible to grasp. For too long, many Afghans continue to experience poverty. It is imperative that those in the international community and who were involved in the disintegration of Afghanistan, this includes Australia, seek ways to ameliorate this most distressing situation.

Animals are not meat
I absolutely agree with Jennifer Moxham (2/1). Shelter for farm animals is desperately needed and a necessity for sentient creatures of all descriptions. I often ″⁣look away″⁣ to protect myself from witnessing their suffering. Cowardly I know. I also agree with working towards a plant-based diet.
However, in the meantime we have a duty to advise the RSPCA if concerned and champion animal welfare in all ways. Animals are not ″⁣meat″⁣; they are beautiful, sensitive creatures and deserve our care and compassion in life and ultimate death.

Thing called compost
Penny Flanagan’s despair over excess garbage at Christmas time (″⁣Confessions of a garbage bin outsourcer″⁣, (2/1) surprised me. Hasn’t she heard of composting, worm farms or reusing/repurposing?
Food waste that goes to landfill just makes methane. I have two worm farms and a closed compost bin and hardly ever put the bin out. If she has a garden, excess food scraps could be buried directly into a trench with some torn-up paper for carbon. If you’re in an apartment you can have a worm farm on the balcony or use a Bokashi bin that apparently take meat scraps, too.
Paper must be used in worm farms and composts for the same reason. Wrapping paper can be reused or go into the recycling bin. If everything is flattened, including milk cartons, boxes and plastic bottles, more can fit in.
Where I live, people have started a community composting system that entails those with no composting apparatus or wherewithal receiving a bucket, filling it with food scraps over the week and someone picking it up to take it away to compost it elsewhere.

Simplistic view
The article ″⁣Investors not driving house prices: inquiry head″⁣ (The Age, 7/1) indicates that Jason Falinski MP is following the Coalition rule book – take a simplistic view, protect the federal government and lay blame elsewhere, preferably the states.
The complex reasons driving house prices require detailed understanding, analysis and, hopefully, action.
Costs associated with planning and development are clearly factors. However, initiatives such as negative gearing and other tax breaks for investors have contributed to escalating housing prices long before coronavirus.
Mr Falinski’s long-held view that people should be able to access their superannuation
to buy a home would lead to a even greater acceleration of house prices as more money floods the market.
This ″⁣live for today and not worry about the future″⁣ bias demonstrates that he should not be heading a simplistic inquiry into housing affordability.

Privileged status
If it is good enough for Donald Trump not to disclose his tax status, surely it is OK for Novak Djokovic to not disclose his vax status. The rich and famous do have privileges.

Oh, before you go
As war with Serbia looks unlikely until at least tomorrow, could the Army be persuaded to stock supermarket shelves before they embark?

Train of thought
If Sydney to Newcastle deserves a fast train, let’s have one to Geelong, too. That way I could be home sooner to begin sulking earlier after another thrashing of my Bombers.

Ethos under siege
Martin McKenzie-Murray (″⁣Pandemic flames seeds of discord″⁣, 8/1), rightly points
to what he terms Scott Morrison’s ″⁣strategic silences″⁣ as being a key factor in Australia’s civic space now being occupied increasingly by Trump-like players peddling an amalgam
of half-digested political theories and bowdlerised versions
of history.
In the absence of a stout defence of this nation’s core traditional democratic values by our vanishing PM, Anthony Albanese, as the federal Opposition Leader, should take a lead from Joe Biden’s January 6 speech responding to the Capitol building insurrection of last year in which the President alludes to the fragility of democracy and the need to stand up for its institutions.
Our democratic ethos is under siege. It is that serious.

What’s the plan?
Anthony Albanese, would you please tell us your plan to lift Australia out of this chaos?
In plain terms – an actual plan. We need a light at the end of this tunnel and you (and we) will have to hit the ground running.
Right now we need an emotionally intelligent leader who sees our sadness and fear, someone truthful and genuine.
Not one who manages to on a lazy day at the cricket, belittle and mock our current situation (ie: the world turned upside down) – a nightmare he helped create.
Also, when you get to The Lodge could you please restore dignity and honesty to the
office of prime minister as soon as possible?
Thank you in advance.

Dangers in plain sight
Jesse Dawkins (Letters, 8/1) asks: what danger does an unvaccinated person, who does not have the virus, pose to anyone other than themselves?
What about the danger of contracting the virus and needing hospitalisation,
putting yet more strain on our already stretched-to-the-limit hospital staff and resources, which could have been prevented if this unvaccinated person was vaccinated?
The danger of passing the virus on to others – after all, anyone who has not lived in a cave for the past two years knows that the virus will spread like wildfire at any opportunity, especially among the unvaccinated?
Or the danger of sending a message to the world that if you are rich, famous and entitled enough, the laws that were put in place to protect everybody do not apply to you?