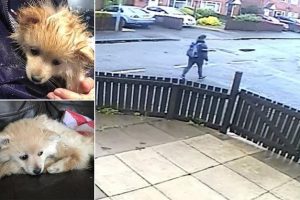 Dog owner who buried her puppy alive in a shallow grave because she couldn’t afford £2,000 vet’s bill is banned from keeping animals

A Lancashire woman is banned for owning animals for the next 18 months after burying her injured puppy alive because she couldn’t afford a £2,000 vet bill.

Inga Ozola, 45, was sentenced September 2 for wrapping her pup Spencer in a ripped bin liner and abandoning the Pomeranian in a narrow hole near Worden Park in Leyland.

The puppy was found April 27, 2019 by dog walkers, suffering two broken legs and nerve damage, and later died in an animal hospital. Ozola left the seven-week-old pup to perish after taking it to a veterinary clinic April 23 for a follow-up check related to its previously-fractured right tibia.

Further examination determined the dog’s fracture had been displaced, and Ozola was given three options: the animal could undergo a £2,000 surgery, have its limb amputated, or be euthanized. 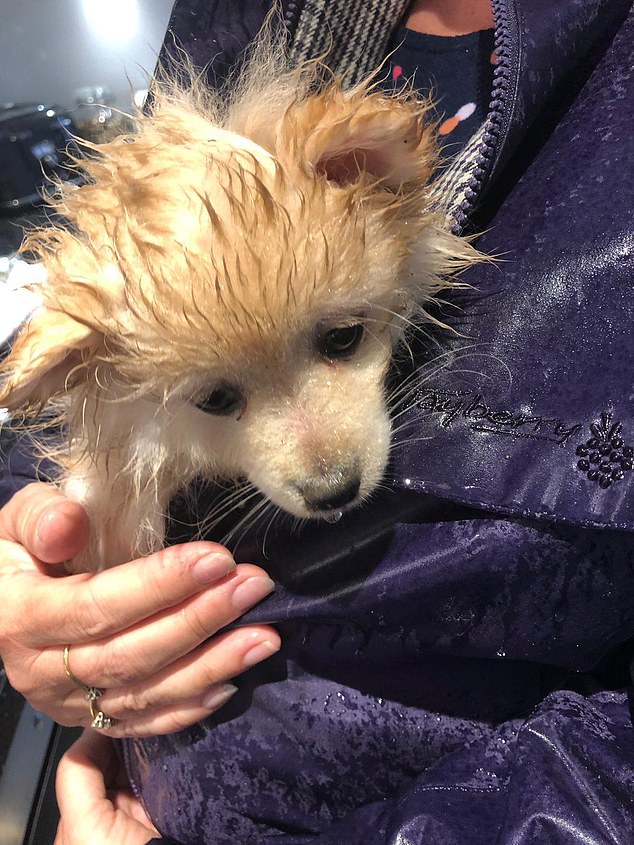 Spencer, a Pomeranian pup, was discovered partially buried in a shallow grave near Worden Park in Leyland, on April 27, 2019

Ozola unsuccessfully sought financial assistance to help cover the cost, and later packed her pet in a backpack and left it to die.

The Leyland woman was also ordered to confiscate her two other dogs, and the RSPCA said arrangements were underway to transfer ownership of the animals.

It’s unlikely she meant for the animal to be rescued by passerby, said RSPCA Inspector Alison Fletcher.

‘The spot was far off the well-walked track and deeper into an undergrowth area,’ Fletcher, who probed the April 2019 case, said in a press release.

‘The ground the puppy was buried in was very much hidden away and the fact that he had been spotted was extremely lucky. In my opinion the area was chosen to ensure that no one was likely to see him.’ 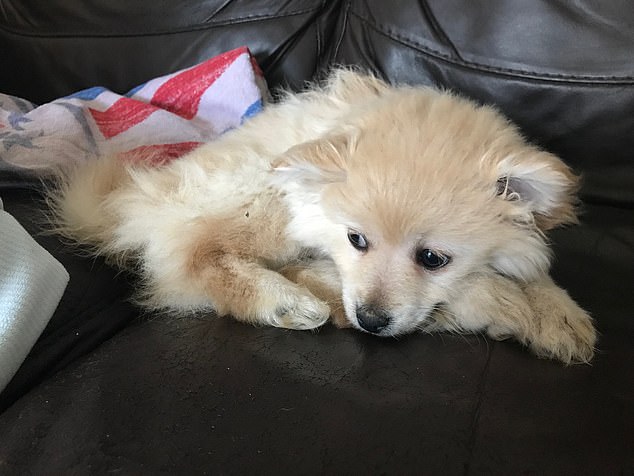 The couple who discovered the abandoned puppy reported it to the RSPCA, and little Spencer was taken to the RSPCA Greater Manchester Animal Hospital in Salford for treatment.

Spencer could not be saved.

Inspector Fletcher identified the dog’s owner by visiting Vets4Pets surgery in Leyland, where Ozola had previously taken the animal for an evaluation.

She later compared x-rays, and discovered the abandoned animal’s injuries were consistent with Spencer’s wounds. 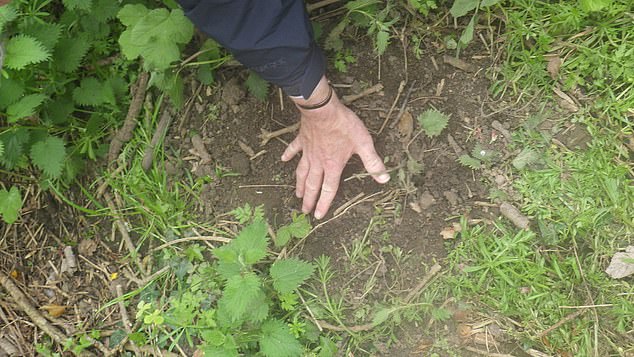 Despite being ‘hidden away,’ investigators say he was lucky to have been found alive

Inspector Fletcher visited Ozola, who told her Spencer was injured playing with her other two dogs. She claimed she gave her sickly pet to an acquaintance when she was unable to afford the vet bill.

However, no contact information for the mystery friend was disclosed, and investigators later discovered CCTV footage of a backpack-toting Ozola walking near the scene of the crime on the day the dog was discovered.

‘It is … my opinion that Spencer would have suffered as a consequence of the fractured right forelimb humerus,’ a veterinary report said. ‘Spencer would have experienced pain for a period of at least a number of hours, possibly longer.

‘It is my opinion that Spencer would have been caused to suffer by the person wrapping him in a black plastic bin liner and partially burying him in the ground while still alive. He would have suffered fear and distress for a period of time that cannot be determined from the evidence provided.’ 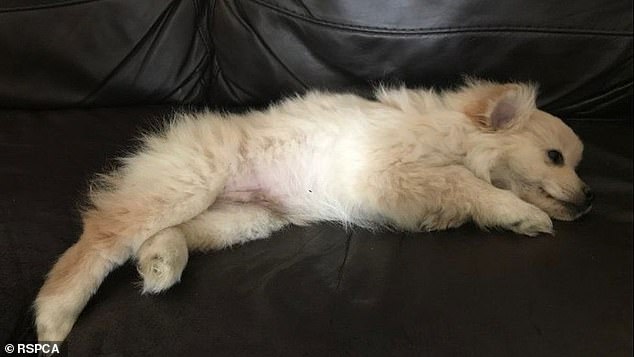 Despite their best efforts, vets could not save the wounded puppy

Ozola was found guilty of two crimes related to the incident in August following a trial.

She was banned from keeping all animals for 18 months and ordered to pay £2,000 in costs. She is required to complete 120 hours of unpaid work and participate in 10 rehabilitation activity requirement days.