THE KENT coronavirus variant is feared to be more lethal than the original version.

But scientists say they have found no evidence this is the case, several months after the strain first emerged.

* Read our coronavirus live blog for the latest updates 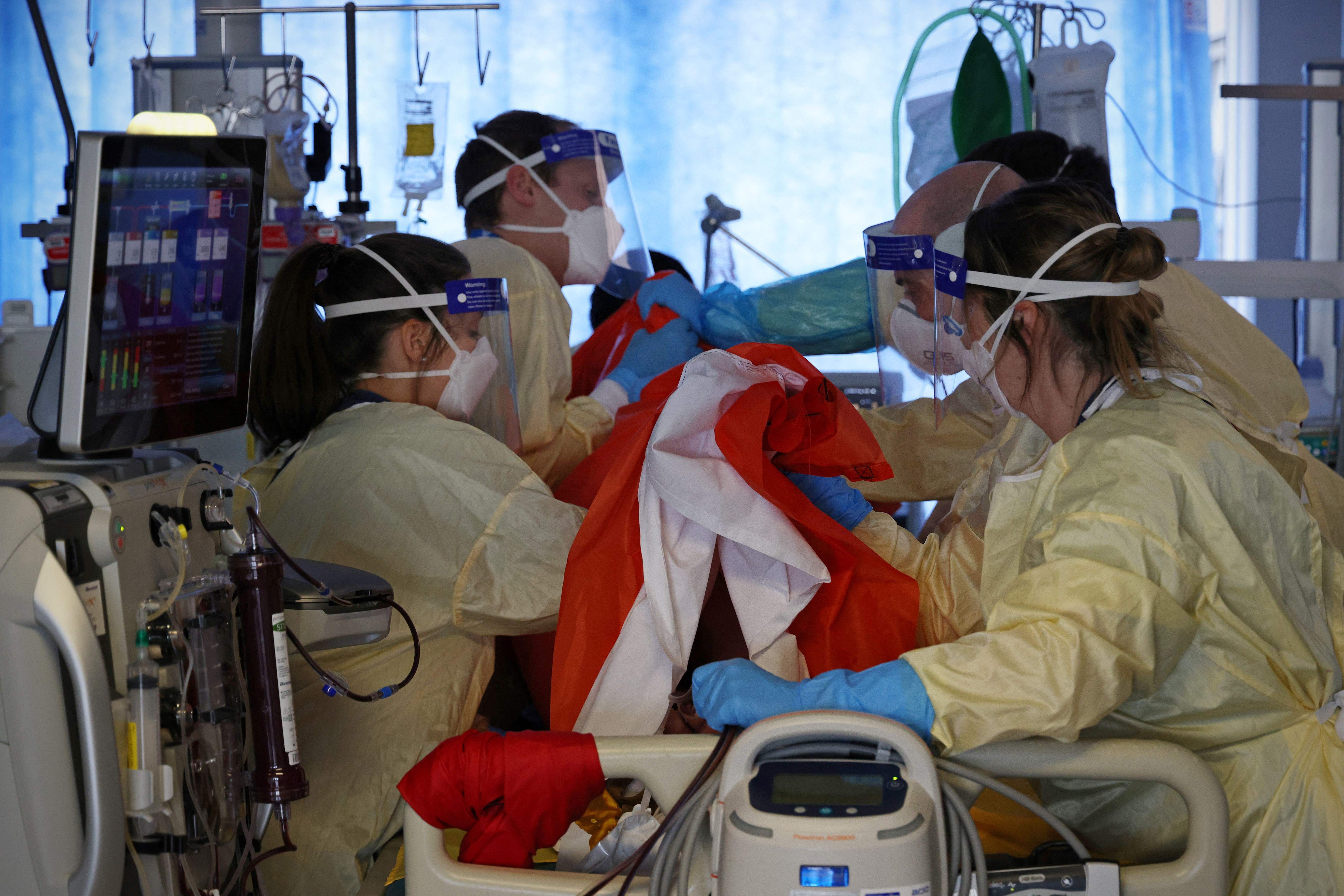 It has further muddied the waters, as scientists have said more research is needed to solve the question.

But the evidence is growing that it does spread easier, posing a different type of challenge.

The strain, named B117, has become the most dominant in the UK and has reached all corners of the globe.

Sir Patrick said that among people who have tested positive for Covid, there is “evidence that there is an increased risk” of death for those who have the new variant.

He cautioned, however, that there is “no real evidence of an increase in mortality” among those admitted to hospital with the variant.

It suggested that the variant is more likely to put you in hospital due to its biological features. But once you are in hospital, the risk of death evens out.

It suggested the Kent strain is not more deadly among Covid patients in London once they were in hospital.

They found patients with the Kent variant had a higher viral load, suggesting they shed more viral particles to people around them.

According to the findings in The Lancet Infectious Diseases journal, a total of 36 per cent (72 out of 198) of B117 patients became severely ill or died compared with 38 per cent of those with a different strain.

Simon Clarke, an associate professor in cellular microbiology at the University of Reading, was not surprised by the findings.

He told The Sun: “When the potential for increased lethality was brought up by Patrick Vallance, he stated that they couldn’t observe the effect in hospitalised patients.

“This paper only looks at hospitalised patients – so why the surprise?”

He added: “This study did not take account any other treatments that patients were receiving or the possibility that some patients may have received ventilation for reasons other than Covid-19, all of which could well have skewed the data.”

Dr Clarke noted the study was “fairly small” and “three much bigger, more powerful studies come up with the opposite view” – that the Kent variant is more lethal. 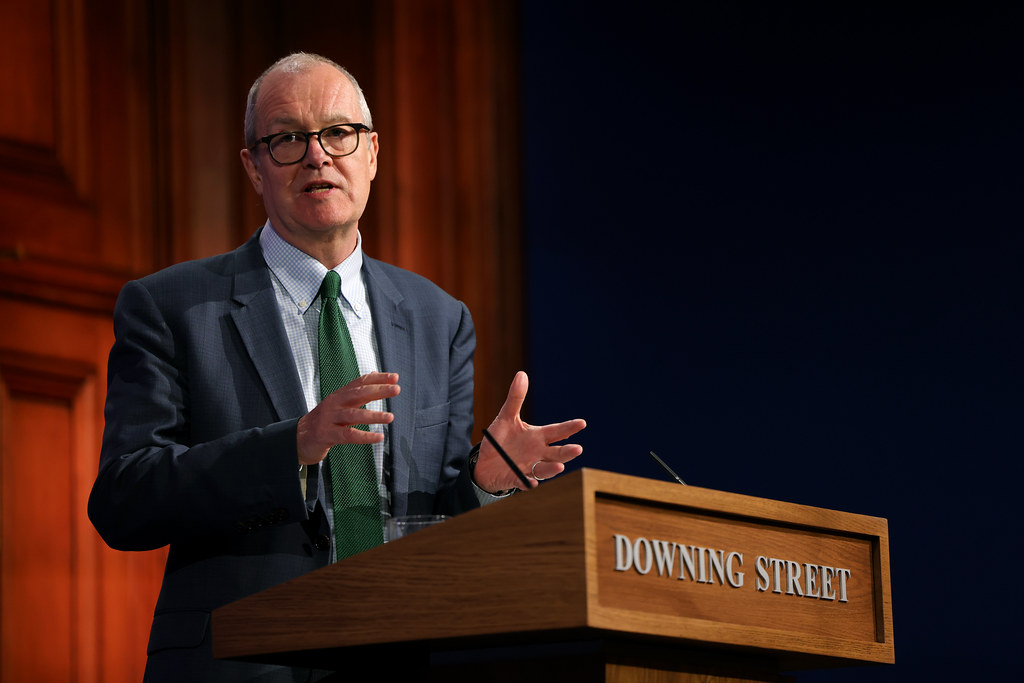 Overall, he believes the “weight of evidence is currently pointing strongly” in the direction that the Kent variant at a biological level causes higher mortality, even if this does not show in hospital data.

However, in a linked commentary to the study, Singapore researchers said the latest study had “advantages”, including a more reliable way of testing if patients had the Kent or other variants.

They said although large studies found “a significant difference” in mortality on a large scale, ultimately the risk to an individual person with the Kent variant is “probably minimal”.

But the “reassuring” findings require further confirmation in larger studies.

Meanwhile, a separate study published in The Lancet Public Health used data logged by 37,000 users of the ZOE Covid Symptom study app who tested positive for Covid between September 28 and December 27.

The analysis was led by King’s College London (KCL) and covered a period of time when the Kent variant spread rapidly in the south and east of England.

There were no differences in the type of symptoms people experienced with the Kent variant, how long they last, or the likelihood of long Covid, the study claimed.

It’s in contrast to what the Office for National Statistics has shown, finding that loss of taste and smell is less common in those with the Kent variant, while a cough is more common.

However, the KCL authors found that the variant increased the overall R number by 1.35 times (35 per cent) compared with the original strain.

The R number is how many people one Covid infected person passes the virus on to.

Despite this, the team said they believe vaccines and lockdown measures will still work against it.

Authors of both studies acknowledged the findings differ from some other studies exploring the severity of the variant, and called for more research.

What studies have shown increased risk of death with the Kent variant?

In February, NERVTAG, a sub-group of Sage, said it believed it was "likely" that the strain caused more deaths and hospitalisations.

Its paper outlined a study by the London School of Hygiene & Tropical Medicine suggested the risk of death was 58 per cent higher.

Meanwhile, Imperial College London estimated it to be 36 per cent higher, and Public Health England and University of Exeter suggested it was between 65 and 70 per cent higher.

The variation in the findings were expected because the Kent variant had only been around since September, and scientists were still gathering data on how many people had died of it.

In March, a study from the universities of Exeter and Bristol said the Kent variant was between 32 per cent and 100 per cent (double) more deadly.

Dr Robert Challen, lead author of the study from the University of Exeter, said: “In the community, death from Covid-19 is still a rare event, but the B.1.1.7 variant raises the risk.”

This was based on hospital patient data, therefore suggesting patients did have an increased risk of mortality even once they were in the care of doctors.

But Dr Julian Tang, a virologist at University of Leicester, said he was “not very convinced by the results” that have come from the winter months.

He said: “The coldest winter temperatures occurring in Jan/Feb can exacerbate all the comorbidities that predispose to more severe outcomes of Covid-19 – like chronic heart, lung, renal, neurological diseases – including diabetes, hypertension (stressing the heart).

“We really need to revisit this in Spring to account for the cold weather factor.”