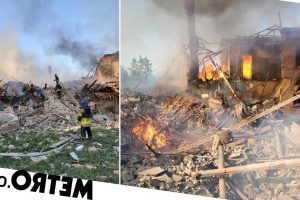 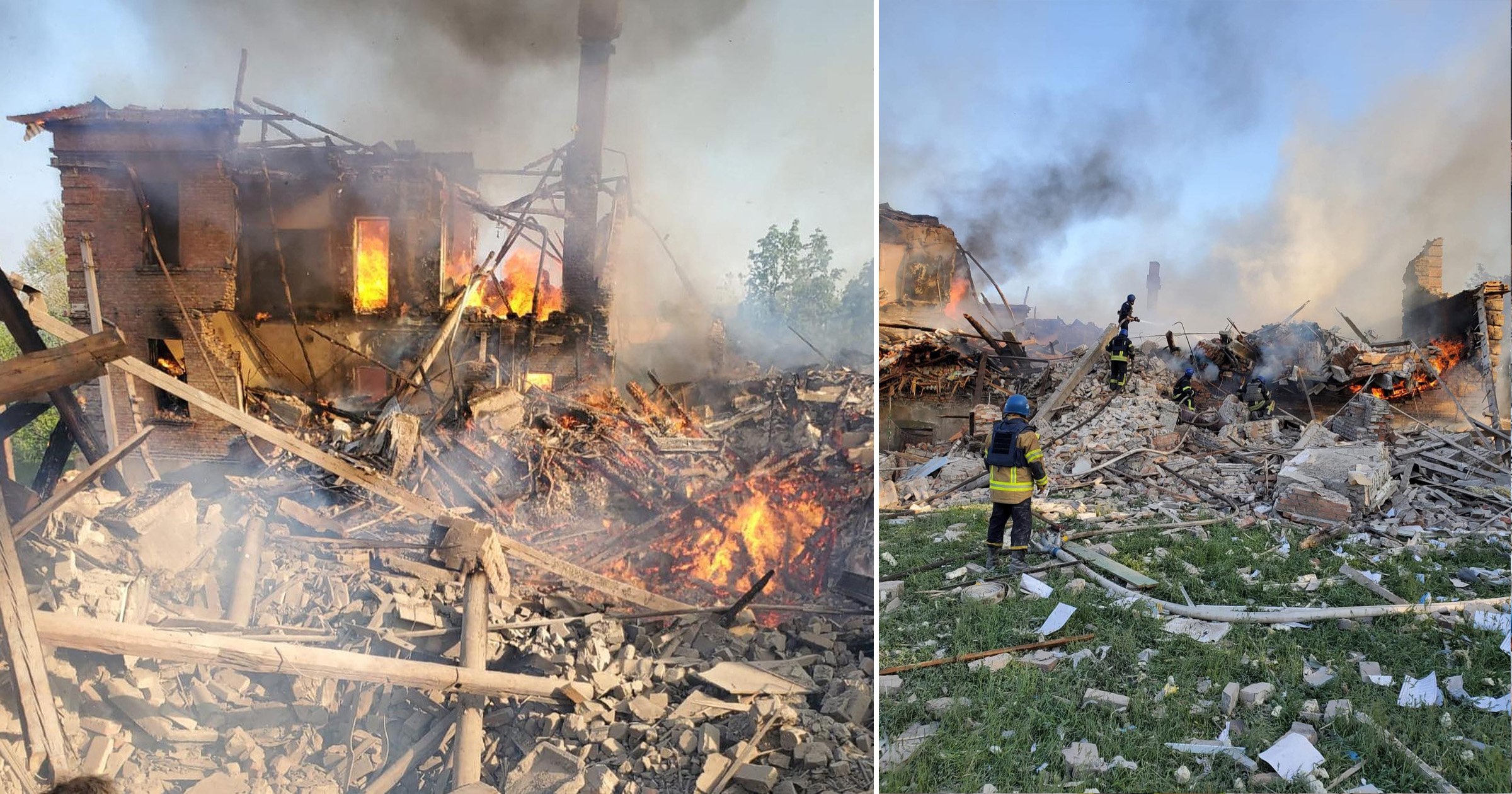 As many as 60 people are feared dead after a school was bombed in eastern Ukraine.

Around 90 people – the entire population of the surrounding village of Bilohorivka – had been sheltering in the basement of the building when the strike hit, according to officials.

Only 30 have been rescued from the rubble, along with two dead bodies.

The bomb was dropped by a Russian plane just before 5pm on Sunday, according to the region’s governor, though the claim has yet to be independently verified.

Rescue efforts were hampered by huge fires caused by the explosion, which spread to surrounding buildings and took four hours to extinguish.

The 60 people trapped in the rubble have ‘most likely’ died, the Luhansk governor, Serhiy Gaidai, said. Seven of the survivors are severely wounded.

He added: ‘These are the real atrocities of the “Russian world”: the cynical shelling of a school with a bomb shelter, the murder of children.

‘The Russians don’t care who they kill’, he added, even a ‘defenseless child’.

Luhansk is one of two regions making up the eastern Donbas area, where Russia-backed separatists have been attacking government-controlled areas since 2014.

The area has seen the country’s most intense fighting in recent weeks after Russia pulled the bulk of its forces back from the area around the capital of Kyiv.

Two boys aged 11 and 14 were also said to have been killed by Russian shelling in the town of Pryvillia, which also wounded two girls aged eight and 12 as well as a 69-year-old woman.

Further civilian deaths were reported after a missile attack on a residential area in the government-held town of Bakhmut.

Separatist fighters claim a civilian was killed as a result of shelling by Ukrainian government forces in the unrecognised Donetsk People’s Republic.

The UN has recorded at least 2,345 civilian deaths and 2,919 injuries since Putin’s invasion was launched in late February, the UN’s human rights agency said in its latest update last month.

More than 12 million have fled their homes, with 5.7 million escaping to neighbouring countries.