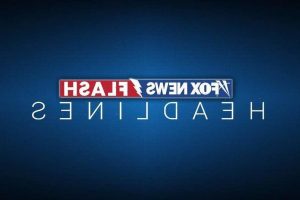 A driver with a clown mask claimed he had “a (expletive) bomb” and threatened to “blow this place up” after ramming his vehicle through a Las Vegas airport’s fence earlier this week, according to police.

The suspect, identified as Matthew Hancock, 36, also claimed to be “the chosen one” and requested a flight to Area 51, the highly classified U.S. Air Force facility in Nevada, FOX 5 of Las Vegas reported.

Later, authorities said Hancock was the same suspect accused of reckless driving Nov. 11 along the famous Strip in Las Vegas, the station reported.

On Wednesday, Las Vegas police stationed at McCarran International Airport were alerted to possible trouble along a perimeter fence near the Mandalay Bay hotel, FOX 5 reported.

Witnesses told arriving officers that a driver in a Lincoln Continental with California plates was seen doing “doughnut” turns in the area before ramming the vehicle through the airport fence, according to the report.

The first person to reach the driver was an employee with Atlantic Aviation, a contractor that supplies airport ground-support staff, FOX 5 reported.

“I have a (expletive) bomb,” Hancock told the airport worker, according to a police report. “I’m going to blow this place up.” 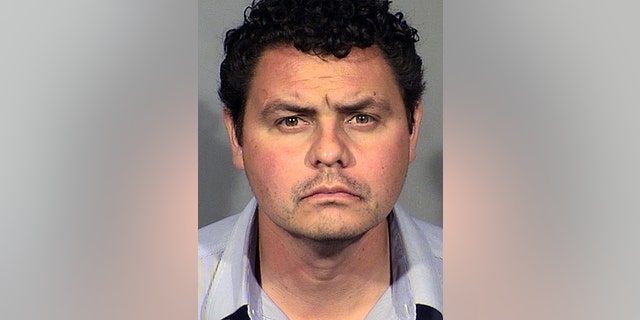 When police arrived, the suspect immediately complied with their orders and was arrested, the Las Vegas Sun reported.

The suspect later told police to address him as “the chosen one” and requested the flight to Area 51, FOX 5 reported. 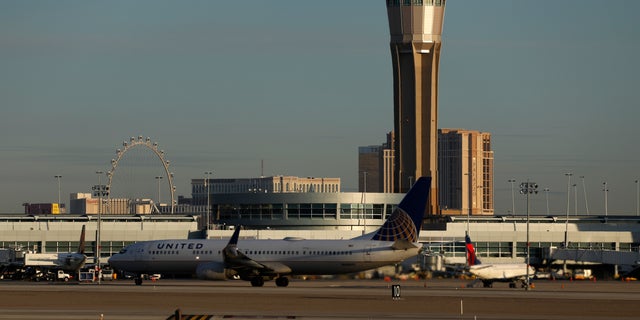 A plane takes off at McCarran International Airport in Las Vegas, March 19, 2020.

After obtaining a search warrant, police later found inside the suspect’s car a phony bomb-looking device with wiring and an empty gas can, the station reported. Hancock claimed his actions at the airport came in response to instructions from another man, the report said.

On Nov. 11, Hancock allegedly was seen on security-camera footage driving in circles in the Strip area, FOX 5 reported. He was not immediately arrested but was later evaluated by medical personnel and then cited for reckless driving, according to the report.

In connection with Wednesday’s incident, Hancock faces two felony charges of making a false threat of terrorism and dispersing a “hoax substance,” and one count of misdemeanor trespassing, according to FOX 5.

Hancock was booked into the Clark County Detention Center pending further legal action, the Las Vegas Sun reported. He was scheduled to appear in court at 9 a.m. Friday, the report said.