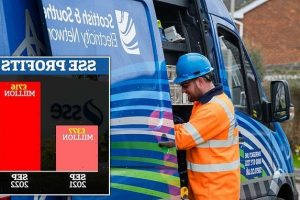 Energy giant SSE has seen its profits balloon with high electricity prices, while its gas generation arm made a killing a day before the Government is expected to hit companies with an extra windfall tax.

The company said that its renewables arm had struggled to cash in on high electricity prices, but the adjusted operating profit at SSE Thermal – the part of the business that burns gas to generate electricity – nearly tripled to £100 million in the six months to the end of September.

Along with an even bigger boost for its gas storage arm, it helped push SSE’s overall operating profit to £716 million, close to double where it was last year.

It comes as Chancellor Jeremy Hunt is considering whether to increase the windfall tax on oil and gas giants from 25 per cent to 35 per cent and also expanding it to electricity generators like SSE.

On a call with reporters, SSE boss Alistair Phillips-Davies said that a windfall tax could be fair and reasonable, but must not put off investors. 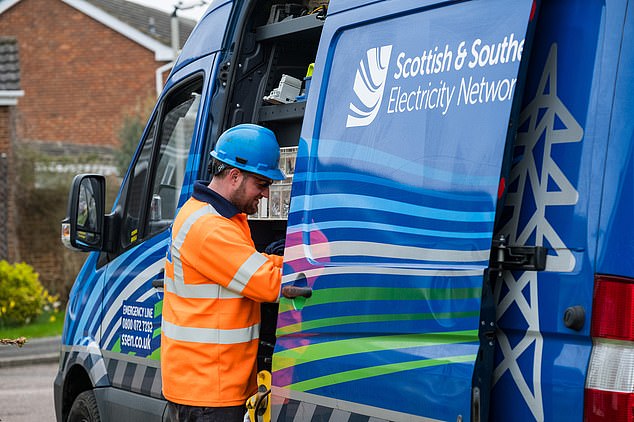 Energy giant SSE has seen its profits balloon with high electricity prices, while its gas generation arm made a killing a day before the Government is expected to hit companies with an extra windfall tax

‘In terms of levies, caps, windfall taxes, whatever that may be, if they’re fair and reasonable – fine,’ he said.

‘I think one of the things we’ve got to be careful of in the UK is that we’ve created an amazing environment in which investors can come in.

‘We’ve got one of the best green investment markets in the world, we’ve created the biggest offshore wind market in the world.

‘It’s critical that we don’t endanger that, particularly when all of that investment is going to be delivering energy throughout this decade at far, far lower costs than we’re currently importing.’

SSE said that if the investment needed to reach Britain’s 2030 electricity targets had instead been achieved by 2022, the country would have saved around £30 billion on buying gas this year.

‘The cheaper energy is coming. We just need the infrastructure; and SSE is building it at pace,’ the company said.

But despite the currently high electricity prices that are set by the high price of gas, SSE’s renewables division has not fared particularly well. 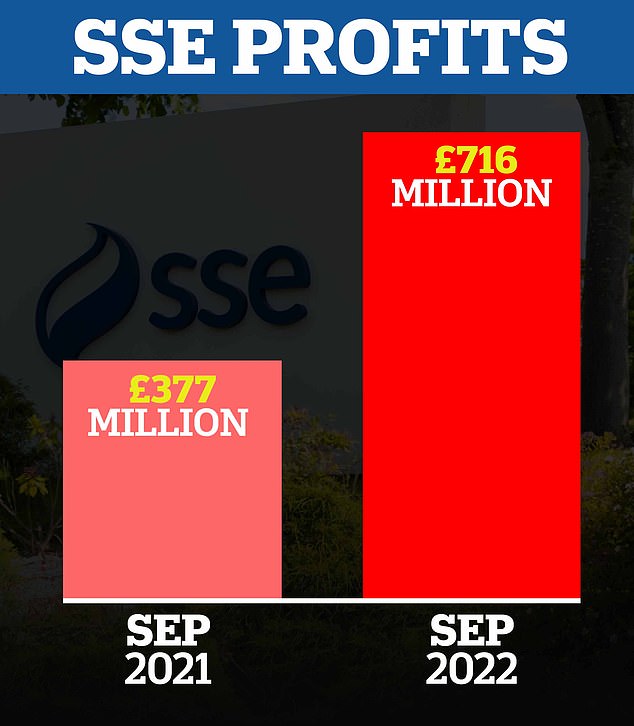 SSE’s overall operating profit has reached £716 million, close to double where it was last year

Adjusting operating profit actually dropped 11 per cent, reaching just £22.5 million as the business had to buy back some of its hedges at high prices.

The amount of electricity it generated from renewables increased by 28 per cent compared with last year when the weather was unfavourable, however despite the rise, generation remained below what SSE had hoped.

Asked whether SSE might hold back some of its multi-billion-pound investment plans in the UK if the Government introduced a windfall tax, Mr Phillips-Davies said that the company could decide to do some things differently.

‘I think we’ve just got to stand back and look at whatever comes out tomorrow and carefully consider that,’ he said.

‘But once you’ve looked at it, you may decide to do something differently. If there’s a very different income regime, that may well affect what you invest in and over what time period.

He added: ‘Lots of overseas markets are looking for investment, looking for expertise from companies like us who can do offshore wind.’