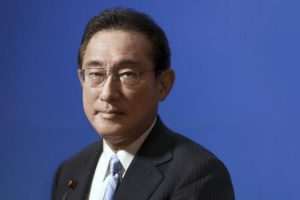 Japan’s ruling party has elected Fumio Kishida as its leader, paving the way for the 64-year-old to become prime minister and guide the country out of the coronavirus pandemic.

The vote followed the resignation of Yoshihide Suga from the top job in early September after less than a year as Prime Minister over growing dissatisfaction with the government’s management of COVID-19, state of emergency measures and the Tokyo Olympics. 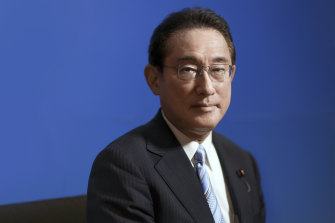 The Liberal Democratic Party’s internal votes are usually sewed up well before the ballot box is opened but Wednesday’s runoff was the most tightly contested in years. Two candidates – the establishment’s Fumio Kishida and popular favourite Taro Kono – both had pathways to the prime ministership when voting began just after 1pm Tokyo time (3pm AEST).

The leading female candidate, right-wing populist Sanae Takaichi, secured the support of former PM Shinzo Abe within a week of Suga’s resignation. The 60-year-old announced on Tuesday that her votes would flow to Kishida in the event of a run-off between the top two finishers, effectively sealing Kishida’s victory.

The fourth candidate, Seiko Noda, was put forward by the liberal wing of the LDP but never figured prominently in internal or external polls in the leadup to the vote.

The first round saw Kono and Kishida almost level at 255 to 256 votes, but these numbers included 758,000 rank and file members divided by their electorates. With no clear majority, the vote moved to the internal runoff of MPs.

Kishida began the final round as the clear favourite after securing 146 to Kono’s 86 lawmaker votes. Takaichi also polled higher than Kono internally with 114 votes, ensuring her votes and the support of Abe would make Kishida Japan’s 65th prime minister. The final vote saw Kishida win 257 votes to Kono’s 170. 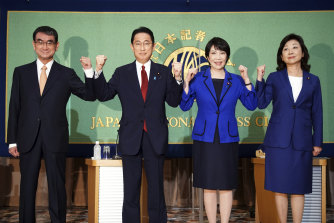 The four candidate for leadership of the LDP: (from left) Taro Kono, Fumio Kishida, Sanae Takaichi and Seiko Noda.Credit:AP

Kishida, Japan’s former foreign minister, turned around the popular momentum of Kono in the week before the vote in Tokyo. The pair, who are both sons and grandsons of former Japanese government ministers, had set out distinct policy platforms.

Kono, 58, Japan’s vaccine rollout chief, had cultivated a Twitter following of more than 2 million and a reputation for talking directly to constituents about their concerns. He opposed nuclear power, supported same-sex marriage and advocated for the end of fax machines in Japan’s monolithic bureaucracy.

But his views were not as popular in an increasingly conservative party room which has favoured continuity over change during its more than half-a-century of mostly unbroken power.

Kishida, who joined the Japanese Parliament with Abe in 1993, had spent months campaigning and questioning the leadership of Suga as the former prime minister’s opinion ratings fell into the low 30s.

He was the first to declare his candidacy and took early frontrunner status after outlining a coronavirus stimulus package worth $376 billion.

His election is expected to have little impact on Japan’s international relations. The former defence minister has called for Japan to boost its capabilities to counter a more assertive China, welcomed Taiwan’s bid to join the Trans-Pacific Partnership and maintained the importance of alliances with the United States and through the Quad. All three positions are consistent with those of the Suga government.

Suga said on Tuesday that “trust and continuity” were the most important factors in diplomacy after returning from his final Quad meeting at the White House over the weekend.

“Since we are a single political party, our basic approach to such diplomacy has not changed,” he said.

Suga is now expected to formally step down from the prime ministership in an extraordinary session of Parliament in early October.

The LDP and its coalition partner Komeito control 142 seats out of a 245 seat Parliament but Kishida will have less than two months to convince voters to put the Party back in power for another four years. A general election must be held before the end of November.