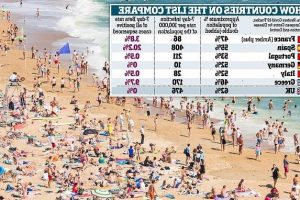 Experts have demanded No10 ‘urgently’ releases the data behind its decision to dump France onto the new ‘amber-plus’ list — as ministers say they won’t hit   Spain with the same measures.

Travellers from France are now required to isolate at home for ten days, even if they have received both doses of the Covid vaccine.

Ministers say they brought in the new restrictions because of rising cases of the South African ‘Beta’ variant across the channel, which scientists fear could dodge vaccine-triggered immunity.

But data from Europe shows Spain and Greece are currently recording more cases of the mutant strain than France. There are no plans, however, to slap other popular holiday destinations with the restrictions.

The Royal Statistical Society has called on the Government to publish the figures behind its decision.

The ‘amber-plus’ list means any traveller returning from France, including those who are double-vaccinated, must self-isolate for ten days. 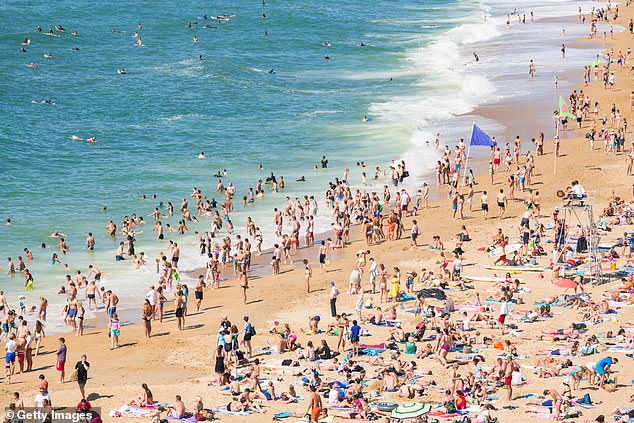 Travellers from France are now required to quarantine even if they are double-jabbed. Pictured: People enjoying the beach in Aquitaine, France 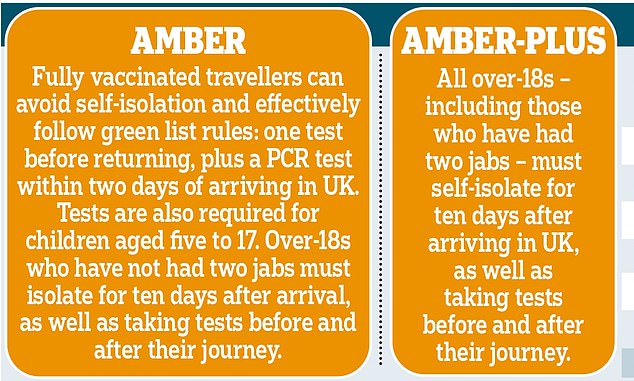 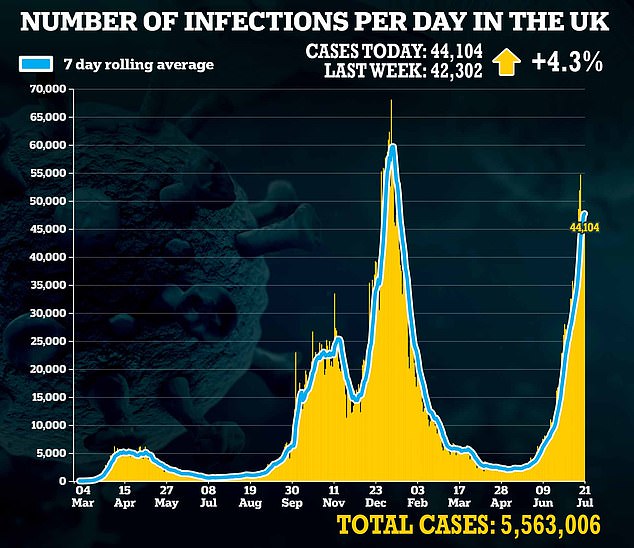 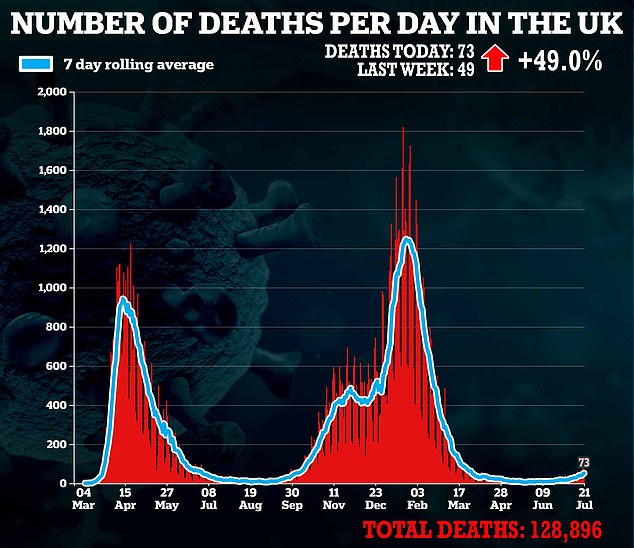 More than four in five Britons – 83 per cent – think fully-jabbed holidaymakers should be allowed to go abroad without facing costly tests on return, a poll has found.

More than half (58 per cent) said it has taken too long for a ‘vaccine dividend’ to be delivered for the double-jabbed, according to a survey of 2,000 adults commissioned by easyJet.

Some 61 per cent said they were more likely to travel once they were fully vaccinated. The average cost of a government-approved PCR test is around £100.

Holding the Government’s feet to the fire over the use of statistics, the Royal Statistical Society said they must back up their decisions with evidence.

‘Major policy decisions continue to be announced, supposedly informed by data, but with no evidence published — most recently the decision to place France on the amber-plus list, affecting the plans of millions.

‘We expect that evidence to be published as a matter of urgency.’

In their scathing critique, they continued: ‘A lack of transparency risks undermining public confidence and weakens people’s ability to make their own decisions about how they respond to threats posed by the pandemic.’

‘I think it is a little bit of hypocrisy actually,’ he told MailOnline.

‘I wish they were taking as much of a proactive approach to our homegrown virus as they are to the French viruses.’

Covid cases in Britain have spiralled in recent days, with experts warning they could hit 100,000 a day by August.

Professor Tedder said this risked creating ‘generations of variants’ that will be able to dodge vaccine-triggered immunity.

Ministers say they moved France to the newly-created amber-plus list because of rising cases of the South African variant.

But data compiled by the European Centre for Disease Prevention and Control (ECDC) suggests the mutant strain is five times more common in Spain.

As many as 20.2 per cent of positive cases analysed in Spain were the variant for the week ending July 4, the latest available.

For comparison, in France it was just 3.4 per cent for the same period.

The variant was also more common in popular tourist destination Greece, where it made up 13.4 per cent of cases in the latest period.

A new travel regime kicked in at 4am on Monday allowing double-jabbed travellers arriving from more than 140 amber countries to no longer quarantine on arrival, effectively turning these destinations green for the fully vaccinated.

But on Friday ministers unexpectedly announced this would not apply to France, plunging the travel plans of hundreds of thousands of Britons into chaos.