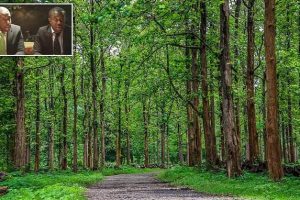 Two fraudsters who told investors that ‘money does grow on trees’ in £37m Amazon teak farm scam are jailed for 11 years for ripping off 2,000 families and pensioners

Two fraudsters who told investors that money does grow on trees and conned £37million have been jailed for 11 years each.

Andrew Skeene, 44, and Omari Bowers, 45, claimed their hardwood plantations in Brazil would earn handsome returns and protect the Amazon rainforest.

But in reality the farms were making a loss, and the men were conning 2,000 families and pensioners out of their money, and living a life of luxury with the proceeds, Southwark Crown Court heard. 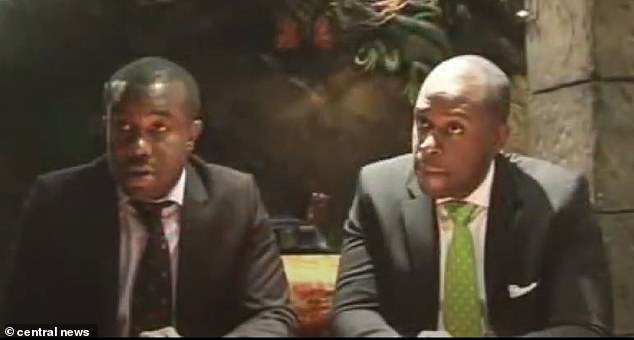 Omari Bowers (left) and Andrew Skeene (right), pictured here in a promotional video, scammed £37 million out of investors in a teak farm scam

They were convicted of three charges of conspiracy to defraud and misconduct in the course of winding up a company by a jury last month following a seven-year investigation by the Serious Fraud Office, and have now been jailed for 11 years each.

In a promotional video filmed while the scam was ongoing Bowers boasted: ‘People say money does not grow on trees but it does, because each time a tree is thinned that is a tangible asset. It’s actually worth something.’

They promised their company, Global Forestry Investments, would build accommodation for their tree growers and a school and performing arts centre for their children.

Skeene stated: ‘I feel very strongly about the environment, and global change.

‘I believe we have a moral obligation to the next generation so they can inherit the planet which is sustainable and reliable just how we inherited from our parents and grandparents.’ 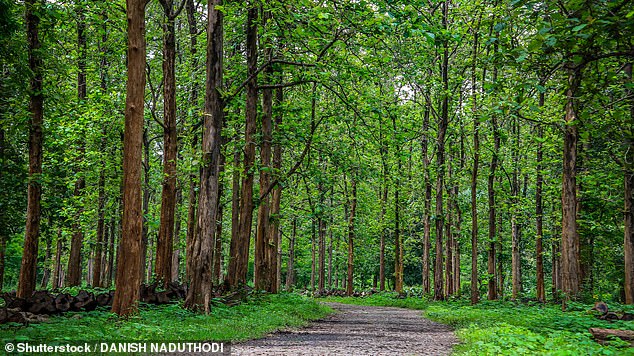 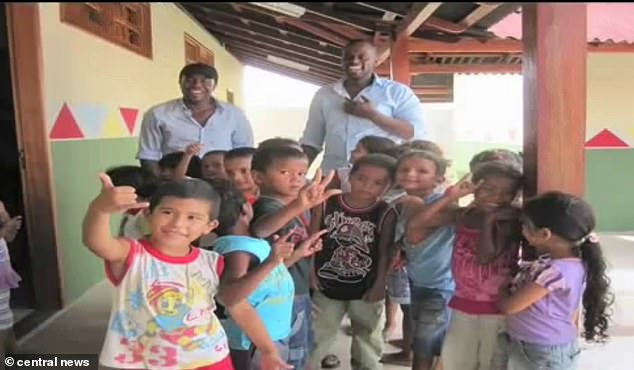 Bowers (left) and Skeene (right), pictured here at a school in the Amazon rainforest in a promotional video, bragged to investors that money really does grow on trees

What is teak wood? A teak tree towers above the forest floor

Teak is a type of hardwood that is found in tropical environments such as south and southeast Asia.

Its natural properties – high tensile strength and high oil content – make it popular for uses that would expose it to the elements.

As a result it is used for purposes such as boat building, making exterior furniture, flooring and countertops.

While it is native to Asia, teak plantations have sprung up in South America, where the similar climate allows it to be cultivated.

The victim impact statements read out in court described the ‘mental anguish’ suffered by those who lost their life savings in the fraud.

One suffered ‘emotional and psychological harm’ after he lost £25,000 to the fraudsters and had to delay his retirement.

Another victim said: ‘I feel violated. I refuse to allow anyone into my house in fear of being duped again.’

Andrew Trollope, QC, defending father-of-four Bowers, said: ‘This case is a tragedy for them and will be a dreadful burden for them going forward.’

Judge Jeffrey Pegden told Skeene and Bowers: ‘You were both convicted by unanimous verdict of the jury. It has to be said you were convicted on the basis of compelling evidence.

‘Having heard the evidence in this case over many many weeks, I have no doubt that your schemes were fraudulent from mid 2012 at the latest.

‘In my judgement your culpability is high. You were the ones who lied.

‘You two devised, operated and controlled three Brazilian investment schemes between 2010 and 2015. Those schemes took in over £35 million and you lost most of the money.

‘The funds were received by you from investors. They were passed through complex companies.

‘You used nominees to conceal that you were the beneficiaries of the scheme… The investors believed they would get a safe and steady income but what you wrote or said were either false from the outset or became false and misleading.

‘After the company went into liquidation you deliberately assisted in deceiving the authorities. You made determined efforts to prolong the frauds and obtain more investor money.

‘There were a very large number of victims, in total 1,800 different investors and three institutional investors that doubtlessly represent numerous individuals.

‘The frauds had a serious detrimental impact on the investors. 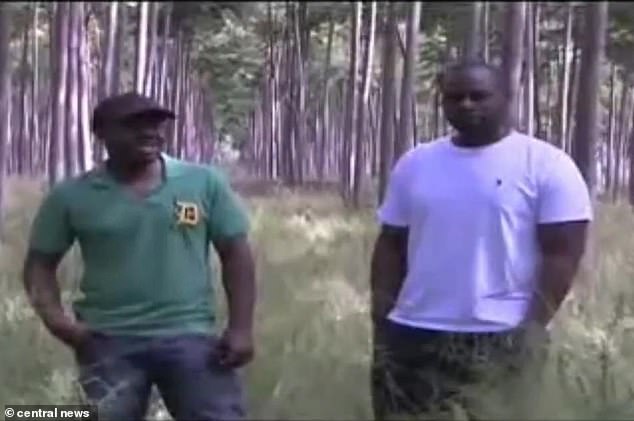 The pair, pictured here in a promotional video about their scheme, conned 2,000 victims as they enjoyed a luxury lifestyle

‘Some lost their life savings. Prolonged distress and mental anguish had been caused to a number of victims.’

Lisa Osofsky, director at the SFO, said: ‘Our international investigation exposed an intricate web of money transfers, forged documents and invented identities used to scam pensioners and savers out of their money under the false pretence of environmental protection.

‘The sentencing warns fraudsters that if they choose to play fast and loose with others’ hard-earned savings or pensions, we will pursue them and they will be held accountable for their crimes.

‘This is the first of seven cases we are taking to trial this year. Over the next six months we will prosecute a further 18 defendants for alleged fraud, valued at over £500 million.’

In addition to their jail terms Skeene, of Heathview Road, Croydon, south London, and Bowers, of Woolstone Road, Forest Hill, southeast London, were banned from being company directors for ten years.