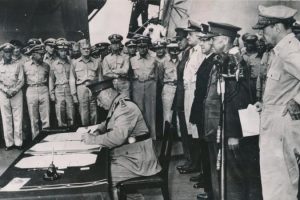 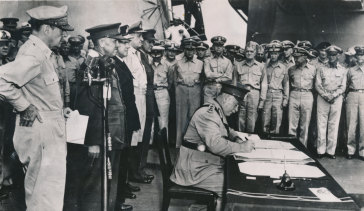 Sir Thomas Blamey, the first and only Australian soldier to be appointed a Field Marshal, died in Heidelberg Repatriation Hospital yesterday morning.

He will be accorded a State funeral in Melbourne with full military honors on Wednesday afternoon.

During World War II, Field Marshal Blamey was Commander in Chief of the Australian General forces.

Lady Blamey was with the Field Marshal on Saturday night, but was not present when he died.

He had been in hospital for 11 months.

He received his Field Marshal’s baton from the Governor-General (Mr McKell) at an impressive ceremony at Heidelberg Hospital on September 18.

Aged 67, Sir Thomas Blamey was born at Wagga and was originally a school teacher. He joined the Australian army in 1906. 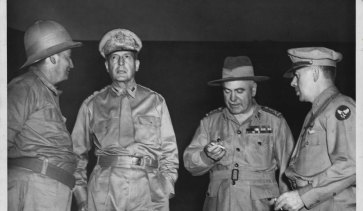 The Governor-General (Mr McKell) said last night: Field Marshal Sir Thomas Blamey has earned the respect and gratitude of all people of Australia by his outstanding and untiring leadership.

“He has made himself a place in the history of the nation.”

The Governor (Sir Dallas Brooks) said: “Australia has lost its greatest soldier and Victoria one of its great citizens.

“Field Marshal Sir Thomas Blamey was an excellent leader and one who gained Australia and her fighting forces many glowing tributes.”

The Prime Minister (Mr. Menzies) said: “Field Marshal Sir Thomas Blarney was a magnificent soldier and a devoted servant of his people.

“He was a man in whom patriotism, great ability, strength of mind and force of character were blended in the most massive proportions. 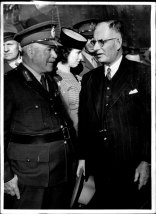 Our sympathy goes out to his widow and family in their own irreparable loss.”

The president of the Returned Servicemen’s League (Mr. Holland) said all returned men would mourn the passing of Sir Thomas Blamey, who was one of the really great men of our time.

The Minister for the Army (Mr. Francis) said: “His military genius and organising ability, combined with a strong and pleasing personality, made him a leader of men.

“Australia mourns the loss of one of her most distinguished soldiers.”

He had rendered very great service to the people of his country.

The Chief of the General Staff (Lieutenant–General S. F. Rowell) said: “All ranks of the Australian army will mourn the passing of its first and only field marshal.

His place in the nation’s history will always be unchallenged.”

Lieutenant-General Sir Stanley Savige said: “His service to the nation was unparalleled. No soldier has done so much to establish the reputation of the Australian army in peace and war.”

General MacArthur said he had always thought of Sir Thomas Blamey as a great soldier.