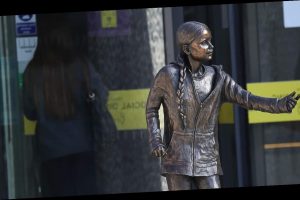 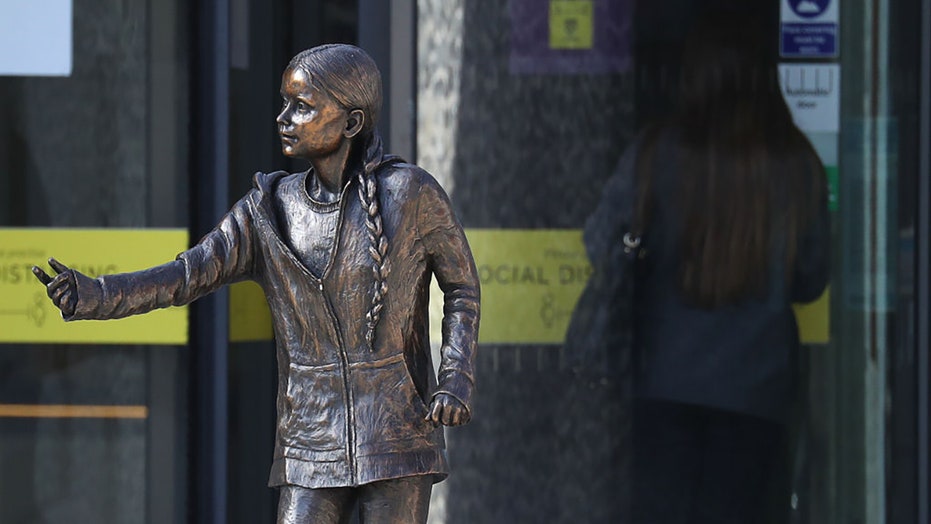 A life-sized bronze statue of Swedish climate activist Greta Thunberg installed at a United Kingdom university has sparked a backlash among students and critics who argue the money could have been better spent.

The sculpture — with a price tag of £24,000 (roughly $33,000) — was unveiled at the University of Winchester in southern England on Tuesday. The university, in a statement, noted it was a symbol of its “ongoing commitment to sustainability and social justice.”

The Winchester University and College Union (UCU) branch criticized the statute’s high price tag during the coronavirus pandemic and described it as a “vanity project.” 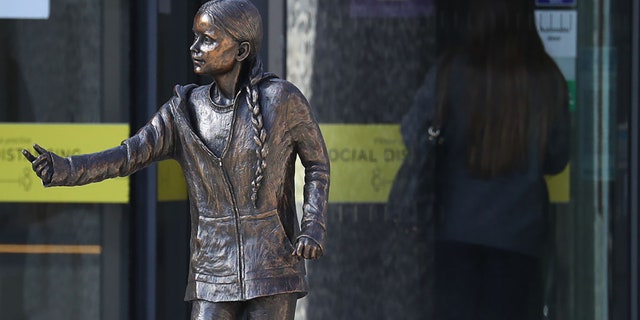 A statue of climate change activist Greta Thunberg has been installed outside the University of Winchester’s West Down Centre in Winchester, Hampshire on Tuesday, March 30, 2021. (Photo by Andrew Matthews/PA Images via Getty Images)

“We’re in a Covid year, lots of students haven’t really had access to campus, lots of them are trying to study online and are in dire need of support,” said Winchester UCU president Megan Ball, according to the BBC. “We are calling on the university to match the statue cost by committing £23,760 in additional funding to student support services across campus.”

“We urge them to publicly face the critical issues which students are highlighting and provide a transparent breakdown of additional and existing financial support,” she continued.

Ball noted that the union could not support the sculpture, despite Thunberg, 18, being a “fantastic role model to everyone, as someone who speaks loudly and proudly about important global issues.”

A tweet from Winchester University’s UCU branch added: “The university’s distinctive approach to commissioning pieces of art is to do so in unminuted meetings and/or avoid any committee scrutiny. Not the ideal approach when spending university money.”

The statue was commissioned in 2019 as part of the £50m West Downs Centre development — the university’s new flagship learning and teaching building — where the piece was unveiled.

University of Winchester Vice-Chancellor Professor Joy Carter said no money was diverted from “student support or from staffing” to finance the project. She added that the university — which declared a climate and ecological emergency in 2019 — has spent £5.2m this year on student support.

“The University’s approach to art is to commission or purchase unusual and striking pieces which embody our distinctiveness and values,” Carter said. “Greta is a young woman who, in spite of difficulties in her life, has become a world-leading environmental activist.”

Thunberg, born in 2003, butted heads with former President Trump at times and quickly became an international figure due to her climate advocacy. She was named Time Magazine “Person of the Year” for 2019.

“We know that many find her a controversial figure,” Carter continued. “As a University, we welcome reasoned debate and critical conversations. We hope her statue will help to inspire our community, reminding us that no matter what life throws at us we can still change the world for the better.”