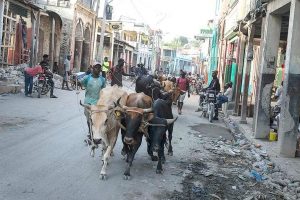 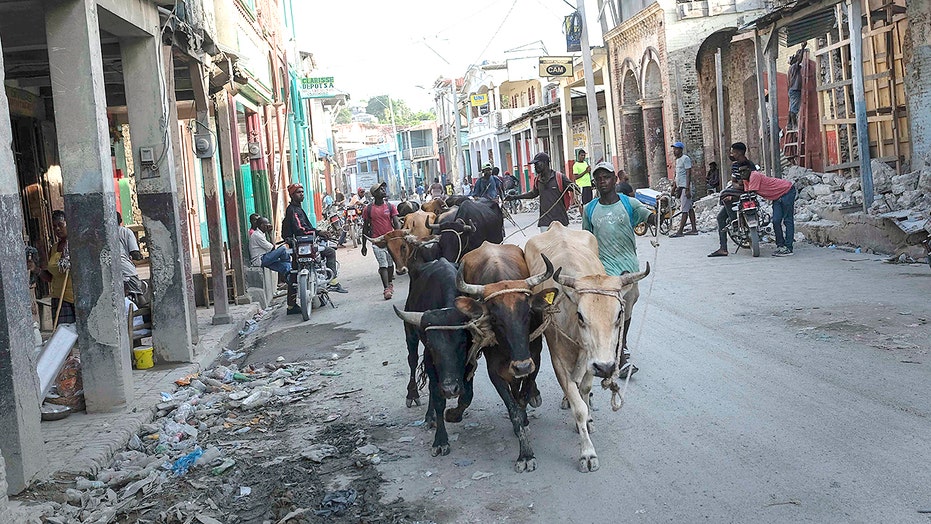 LES CAYES, Haiti — Tensions have been growing over the slow pace of aid reaching victims of a powerful weekend earthquake that killed more than 2,100 people in Haiti and was trailed by a drenching tropical depression.

At the small airport in the southwestern community of Les Cayes, throngs of people gathered outside the fence on Wednesday when an aid flight arrived and crews began loading boxes into waiting trucks. One of a small squad of Haitian national police, outfitted in military-style uniforms and posted at the airport to guard the aid shipments, fired two warnings shots to disperse a group of young men.

Angry crowds also massed at collapsed buildings in the city, demanding tarps to create temporary shelters after Tropical Storm Grace brought heavy rain at the beginning of the week.

Haiti’s Civil Protection Agency late Wednesday raised the number of deaths from the earthquake to 2,189 from an earlier count of 1,941 and said 12,268 people were injured. Dozens of people are still missing.

The magnitude 7.2 earthquake destroyed more than 7,000 homes and damaged more than 12,000, leaving about 30,000 families homeless, according to official estimates. Schools, offices and churches also were demolished or badly damaged. The Caribbean nation’s southwest region was the hardest hit. 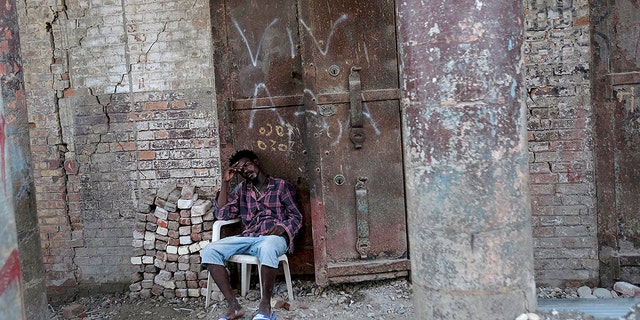 One of the first food deliveries by local authorities — a couple dozen boxes of rice and pre-measured, bagged meal kits — reached a tent encampment set up in one of the poorest areas of Les Cayes, where most of the one-story, cinderblock, tin-roofed homes were damaged or destroyed by Saturday’s quake.

But the shipment was clearly insufficient for the hundreds who have lived under tents and tarps for five days.

“It’s not enough, but we’ll do everything we can to make sure everybody gets at least something,” said Vladimir Martino, a resident of the camp who took charge of the distribution.

Gerda Francoise, 24, was one of dozens who lined up in the wilting heat in hopes of receiving food. “I don’t know what I’m going to get, but I need something to take back to my tent,” said Francoise. “I have a child.”

International aid workers on the ground said hospitals in the worst-hit areas are mostly incapacitated and that there is a desperate need for medical equipment. But the government told at least one foreign organization that has been operating in the country for nearly three decades that it did not need assistance from hundreds of its medical volunteers.

Prime Minister Ariel Henry said Wednesday that his administration twill work to not “repeat history on the mismanagement and coordination of aid,” a reference to the chaos that followed the country’s devastating 2010 earthquake, when the government was accused of not getting all of the money raised by donors to the people who needed it.

Meanwhile, the Core Group, a coalition of key international diplomats from the United States and other nations that monitors Haiti, said in a statement that its members are “resolutely committed to working alongside national and local authorities to ensure that impacted people and areas receive adequate assistance as soon as possible.”

Aid has slowly trickled in to help the thousands who were left homeless. But distributing it under current conditions will be challenging.

“We are planning a meeting to start clearing all of the sites that were destroyed, because that will give the owner of that site at least the chance to build something temporary, out of wood, to live on that site,” said Serge Chery, head of civil defense for the Southern Province, which covers Les Cayes. “It will be easier to distribute aid if people are living at their addresses, rather than in a tent.”

Chery said that an estimated 300 people are still missing in the area.

The U.S. Geological Survey said a preliminary analysis of satellite imagery after the earthquake revealed hundreds of landslides.

While some officials have suggested that the search phase has to end and heavy machinery should be called in to clear rubble, Henry appeared unwilling to move to that stage.

“Some of our citizens are still under the debris. We have teams of foreigners and Haitians working on it,” he said.

He also appealed for unity: “We have to put our heads together to rebuild Haiti.”

“The country is physically and mentally destroyed,” Henry said.

Dr. Barth Green, president and co-founder of Project Medishare, an organization that has worked in Haiti since 1994 to improve health services, said he was hopeful the U.S. military would establish a field hospital in the affected area.

“The hospitals are all broken and collapsed, the operating rooms aren’t functional, and then if you bring tents, it’s hurricane season, they can blow right away,” Green said.

Green noted that his organization has “hundreds of medical volunteers, but the Haitian government tells us they don’t need them.” Nonetheless, the organization was deploying along with others.