Helicopter crashes as Brazilian congressman and three others survived 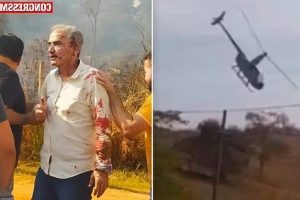 A congressman, a deputy mayor and two other people, including the pilot, miraculously survived after the helicopter they were flying knocked down a power line and crashed in the southeastern Brazilian state of Minas Gerais on Wednesday.

The aircraft was preparing for landing at a soccer field in the municipality of Engenheiro Caldas when it accidentally made contact with cable line, a video recorded by a bystander shows.

The impact of the collision unleashed an electrical spark before the helicopter nosedived on a marsh area.

The broken power line generated a fire that spread across the land, the fire department said. 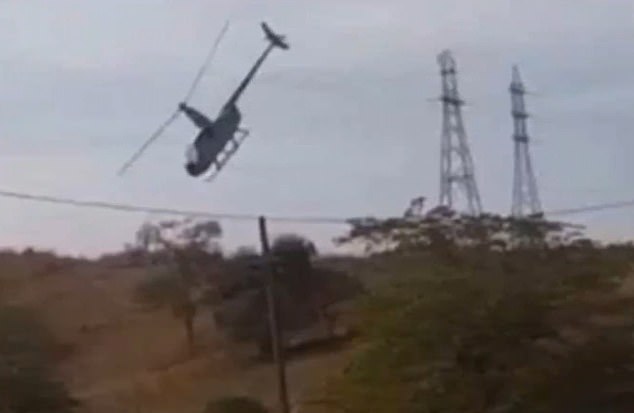 Still image from a cellphone video shows a helicopter nosediving into the marsh area near a soccer field in the southeastern Brazilian city of Engenheiro Caidas on Wednesday. All four people aboard, including Brazilian congressman Hercílio Diniz, survived with injuries 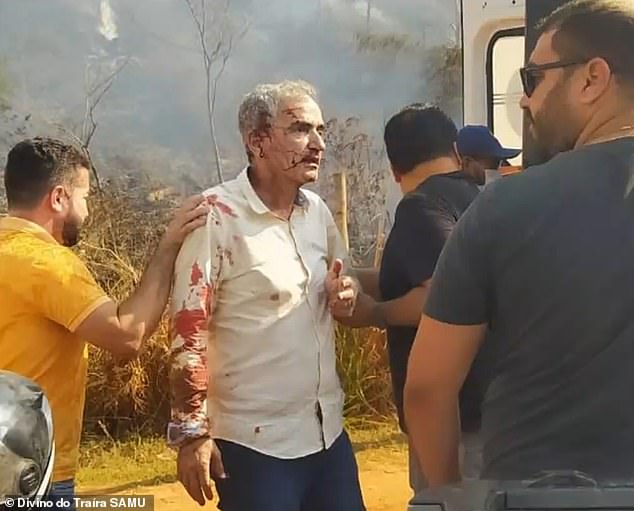 Hercílio Diniz, who is running for reelection as the federal deputy in the southeastern Brazilian state of Minas Gerais, is tended before boarding an ambulance after he survived a helicopter crash Wednesday 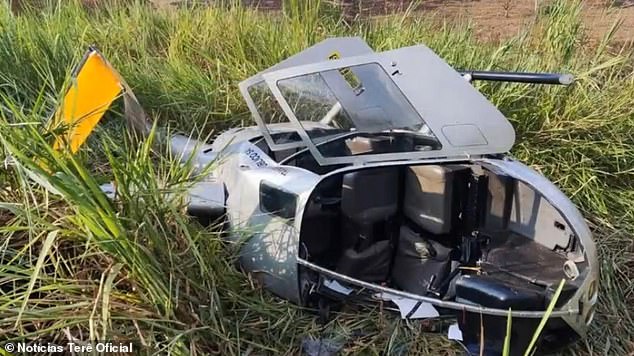 Minas Gerais federal deputy Hercílio Diniz, who is running for reelection, was fortunately able to walk out of the wreckage with blood stains on his face and clothing.

Separate footage recorded by another bystander showed one of the three injured men being carried away in a stretcher. 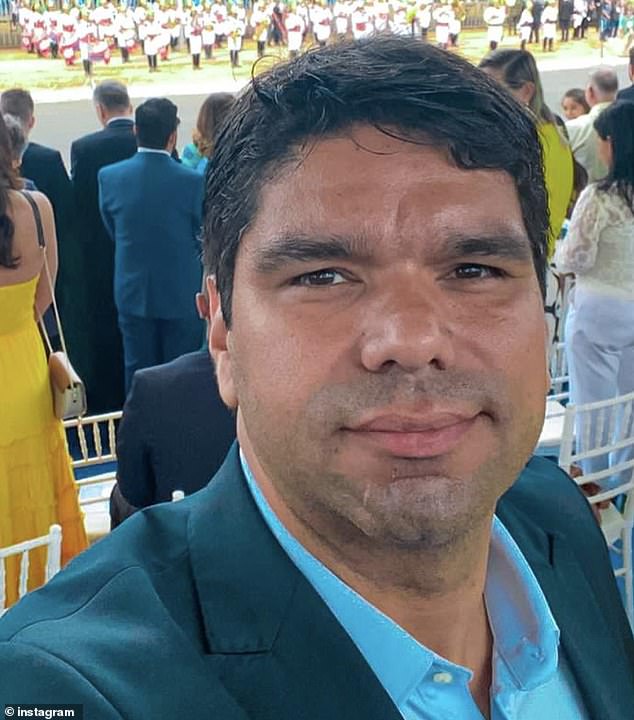 David Barroso, the deputy mayor of the Brazilian city of Governador Valadares, remained in intensive care due to multiple rib fractures and a collapsed lung 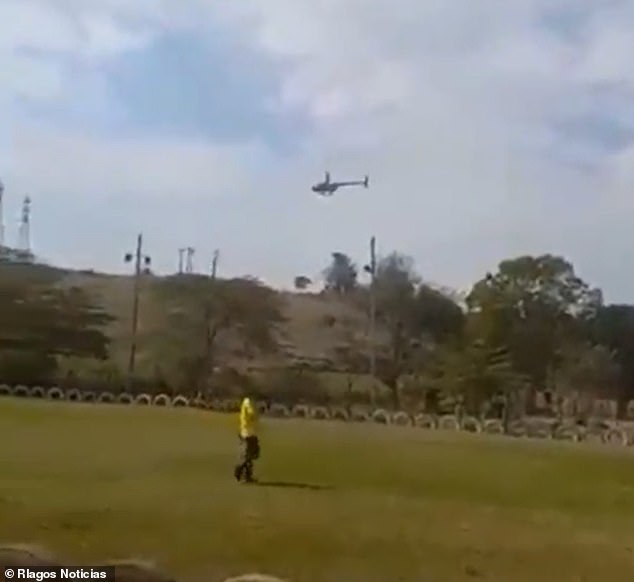 All four survivors were rushed to Municipal Hospital in Governador Valadares for treatment.

Barraso was in intensive care with fractures to his ribs and also suffered  a collapsed lung, according to a statement released by Diniz’s office.

Rufino was also treated for a collapsed lung, but was in stable condition.

Diniz’s tests were positive, but he remained at the hospital as a precaution.

Viana suffered minor injuries and was expected to be discharged. 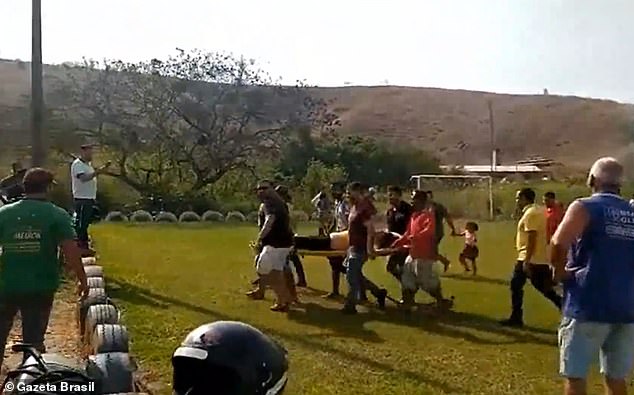 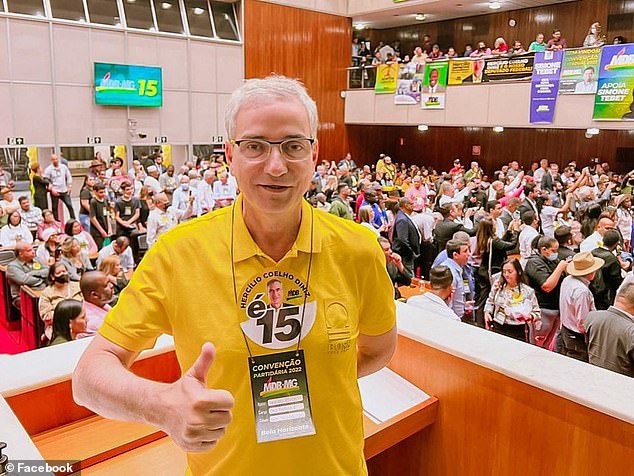 Brazilian congressman Hercílio Diniz was heading to a campaign event when the helicopter he was flying in crashed near a soccer field in the southeastern state of Minas Gerais. Diniz along with a deputy mayor, press secretary and the pilot all survived

Diniz’s Instagram account showed that prior to the accident he had met for a breakfast with local business leaders Wednesday morning in Governador Valadares.

He was then expected to make two campaign appearances, one in Engenheiro Caldas and another in Açucena, before returning to Governador Valadares.

According to the National Civil Aviation Agency, the helicopter was part of a fleet of aircrafts owned by a Rotorfly Táxi Aéreo, a local air taxi company.