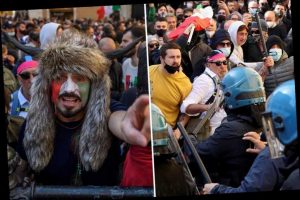 ANTI-LOCKDOWN protests in Italy led to violent clashes with cops after furious business owners took to the streets to rally against the country's long-running Covid restrictions.

A horned "QAnon shaman" wannabe joined hundreds of protesters as they shouted "freedom, freedom" and tried to force their way into Rome's parliament square on Tuesday. 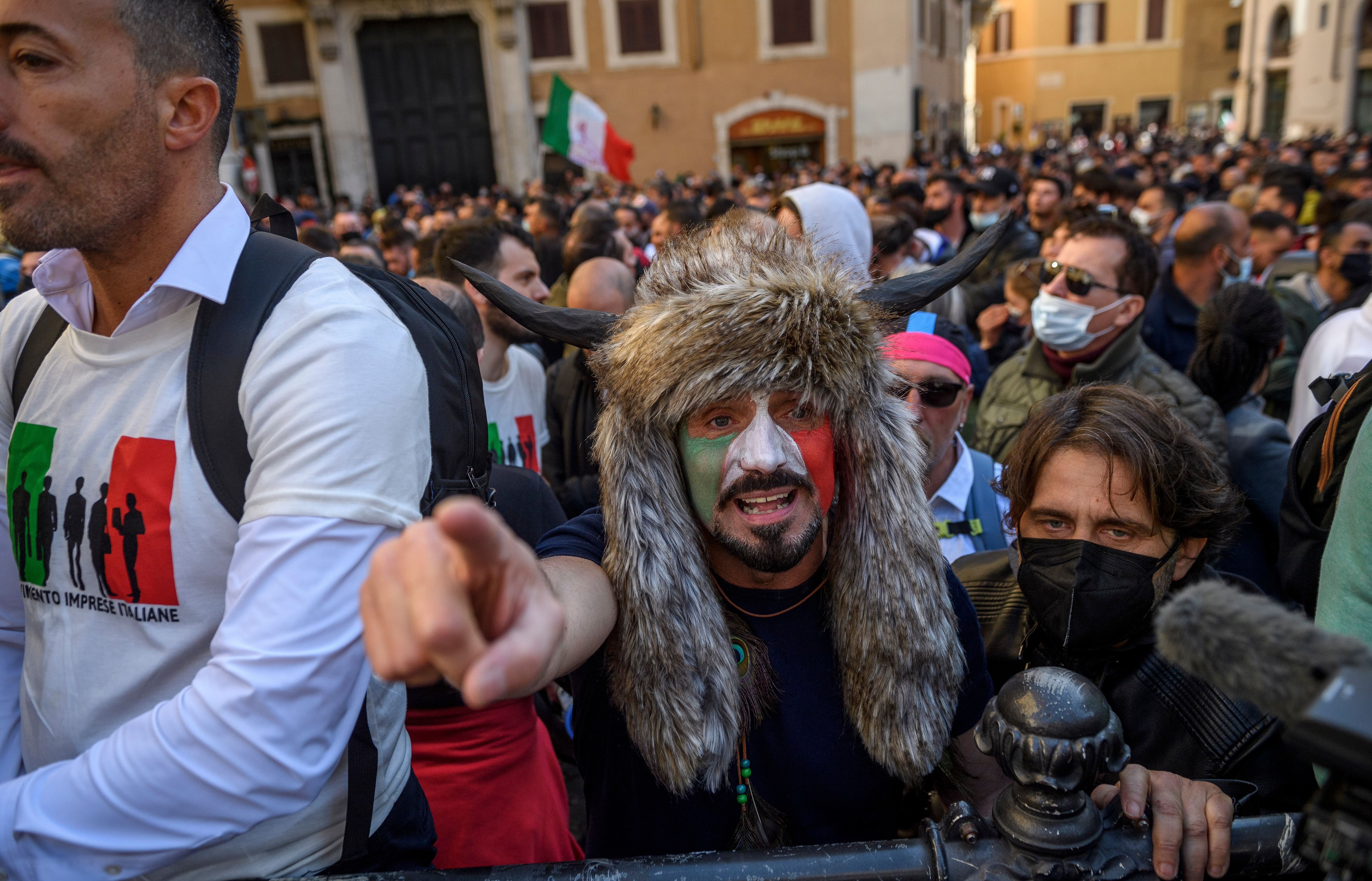 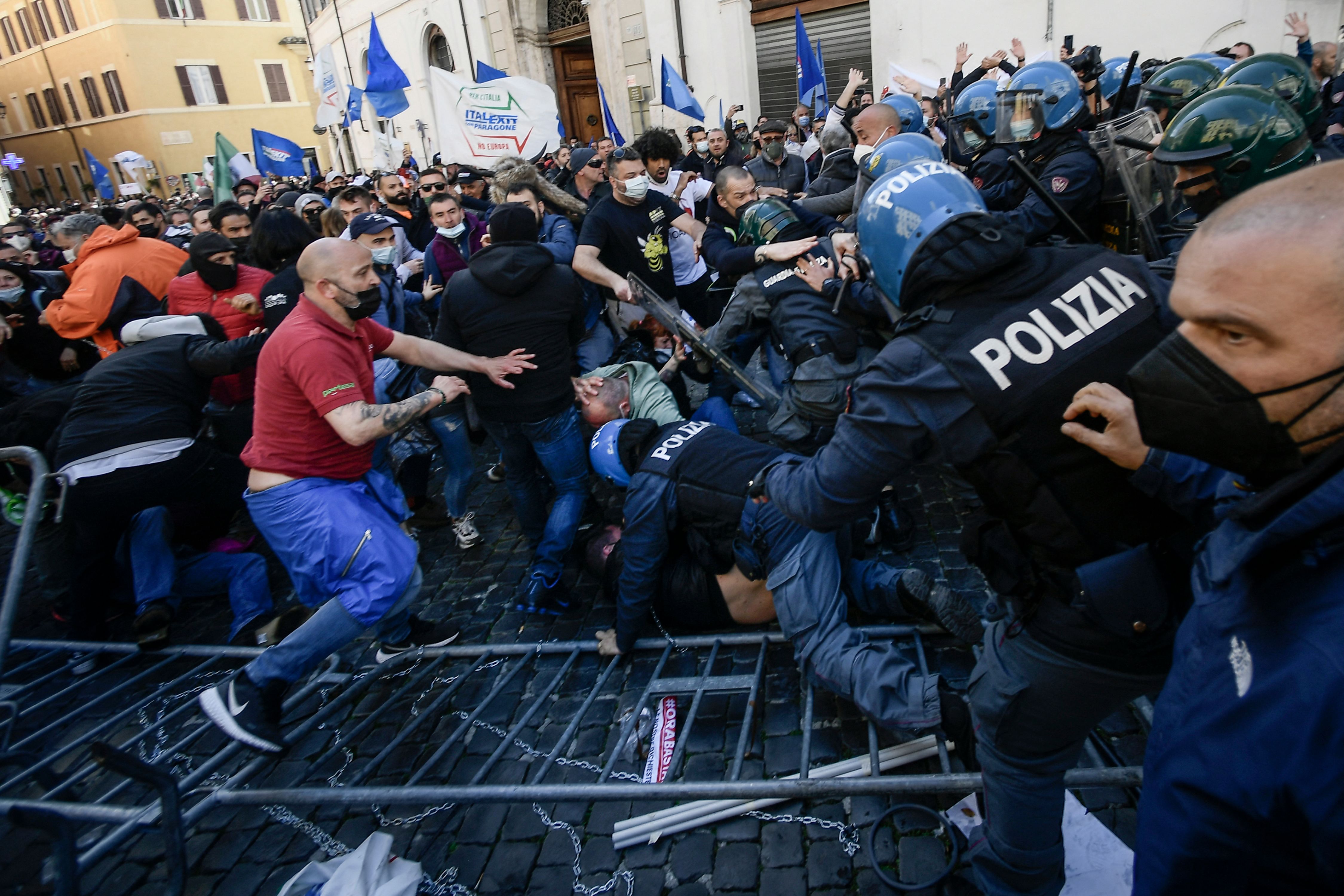 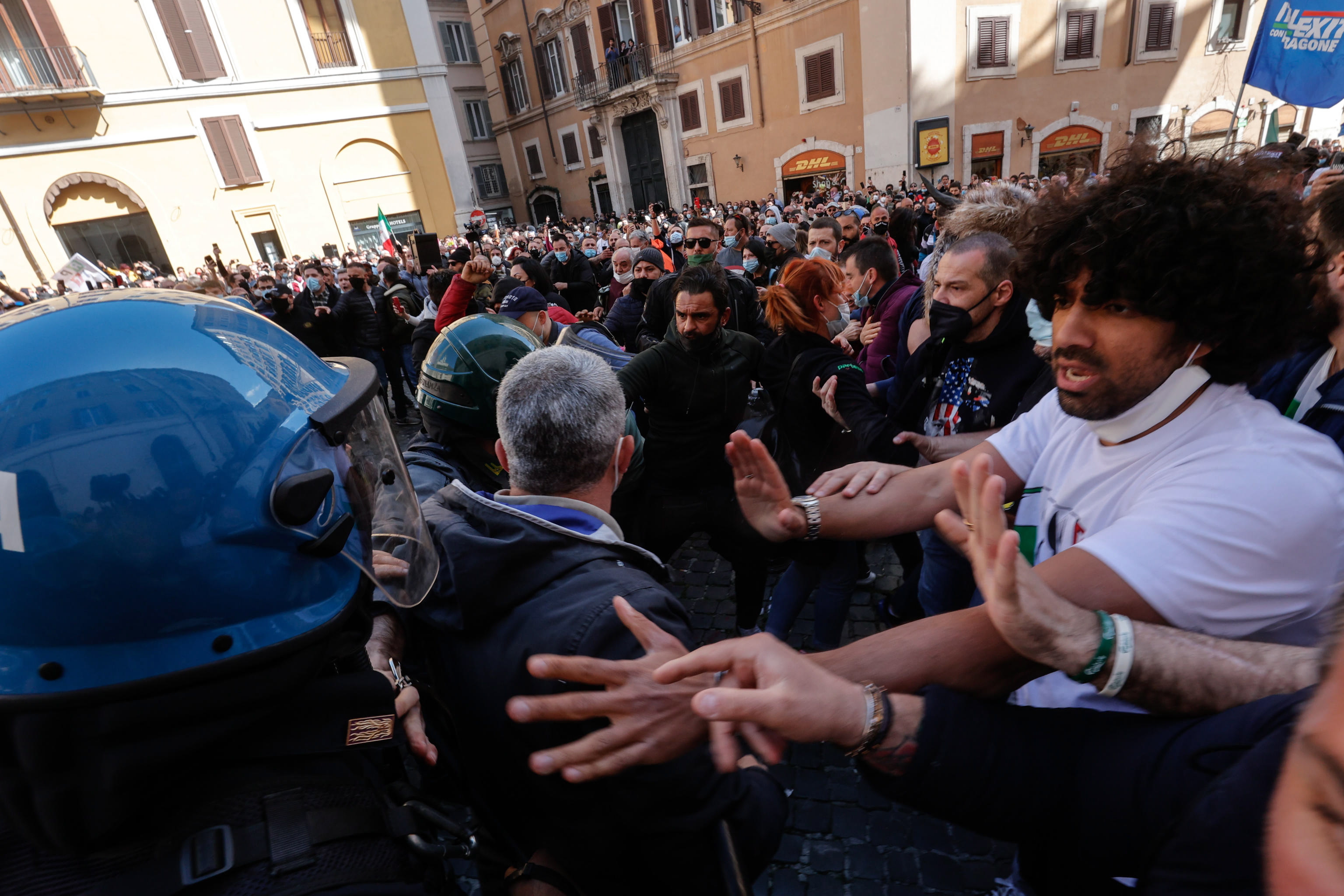 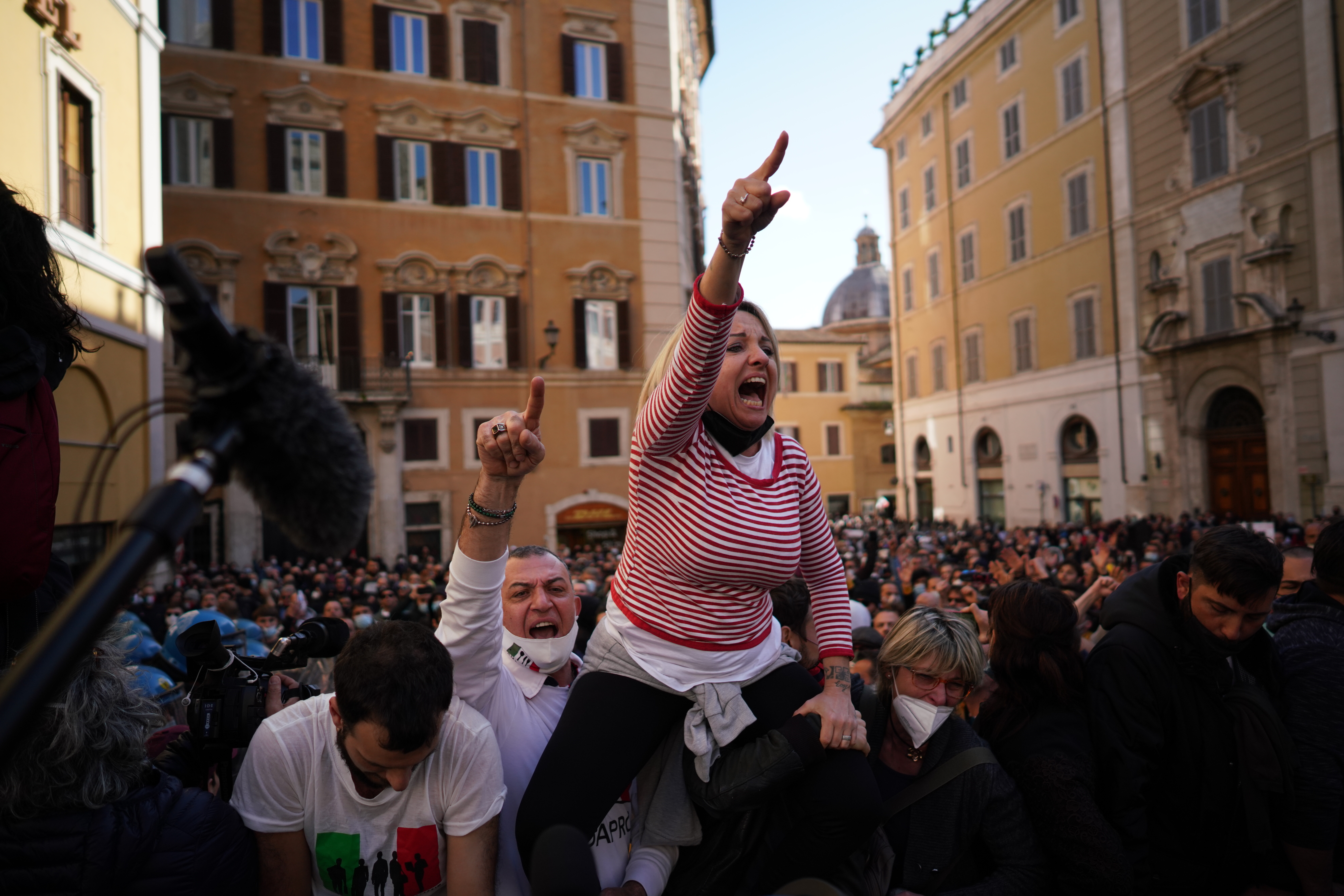 The original "QAnon shaman" refers to Jacob "Angeli" Chansley, 33 – who stormed the US Capitol on January 6 while sporting American flag-inspired face paint, no shirt and a furry hat with horns.

In a nod to Chansley, a man dressed in a horn fur hat and Italy flag-inspired face paint joined the demo in Rome.

Italy's government has imposed harsh restrictions to try to contain the Covid outbreak in the country – which has killed more than 111,000 people, the second worst death toll in Europe after the UK.

Dining and drinking at restaurants, bars and cafes is currently banned in Italy until at least April, and only takeaway or delivery services are allowed, angering many businesses who had hoped to reopen fully.

Protesters gathered outside the Chamber of Deputies in Rome and lowered their masks to shout "work!" and "freedom!" as some hurled smoke flares.

Cops used batons and shields to push the demonstrators back as one officer was injured after he was hit on the head by an object hurled at him from the crowd, according to local media.

At least seven people have been arrested, according to local media. 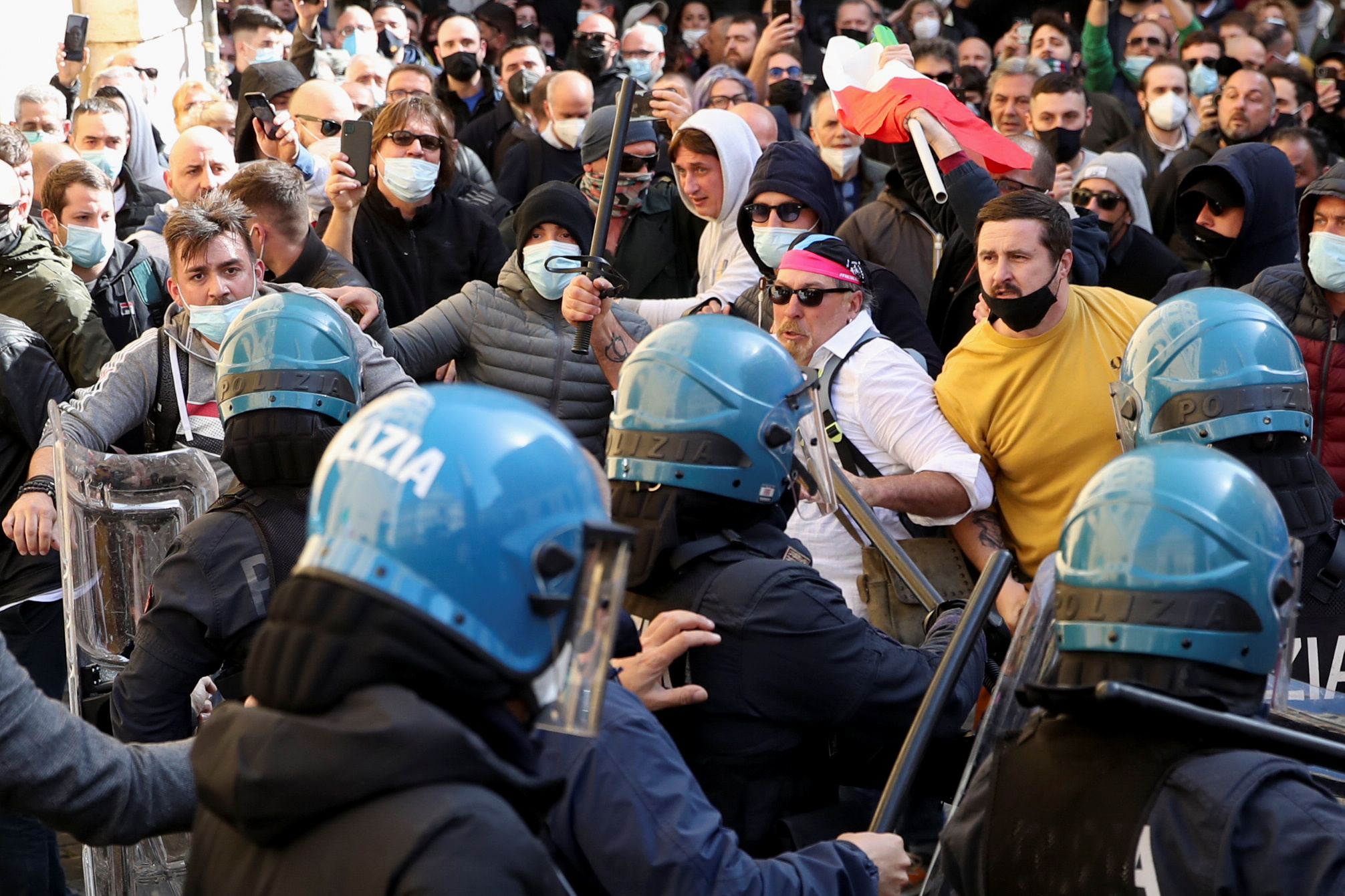 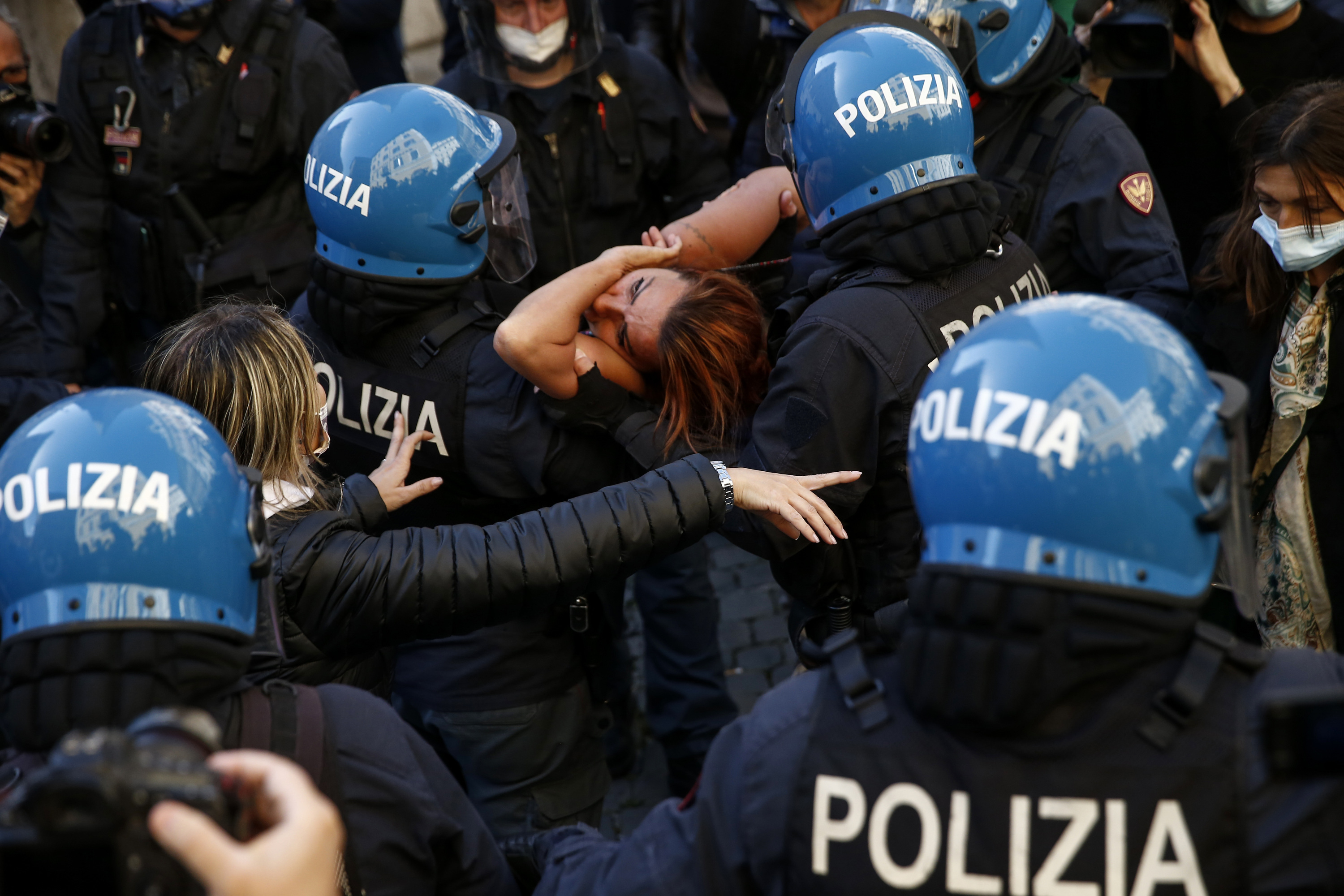 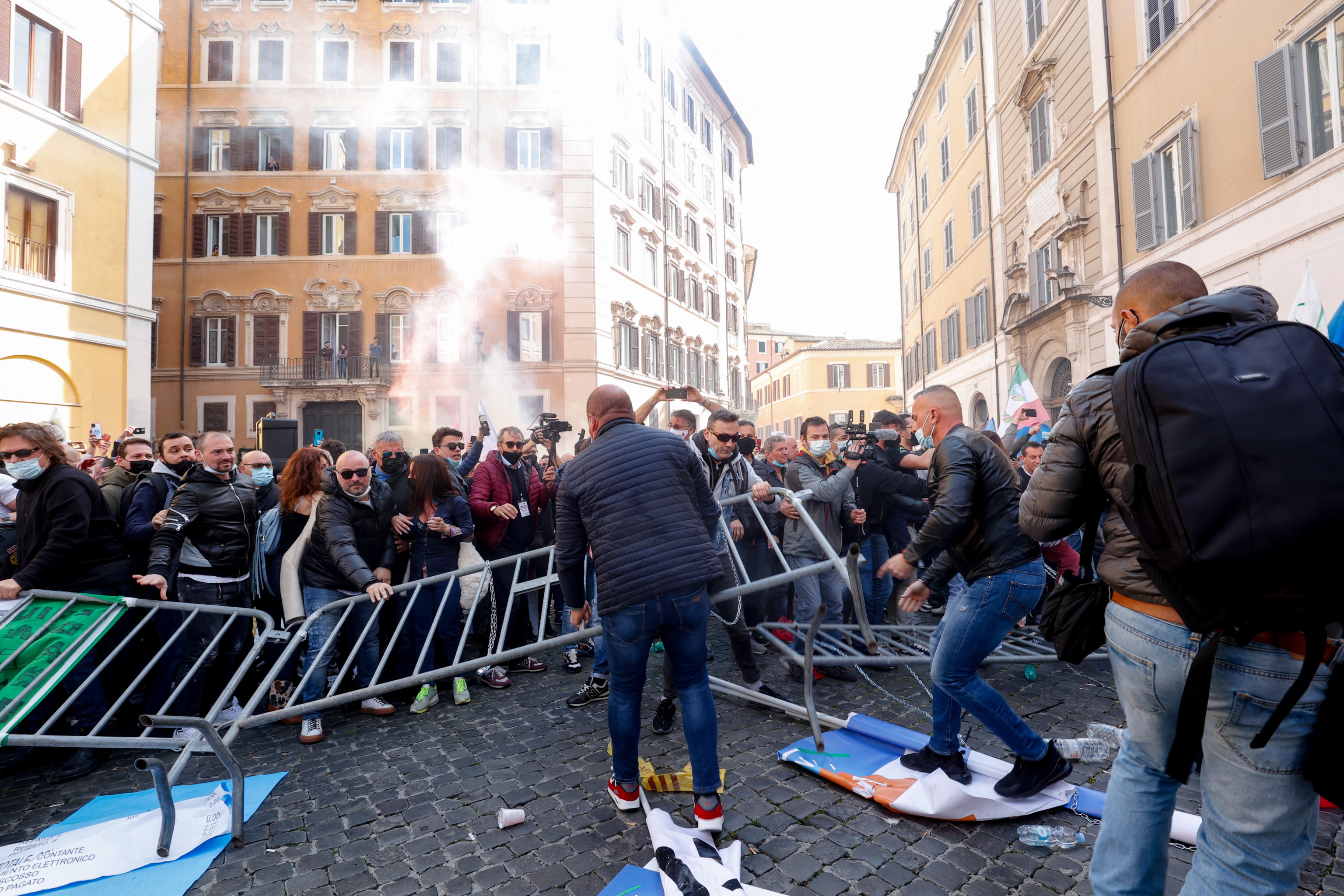 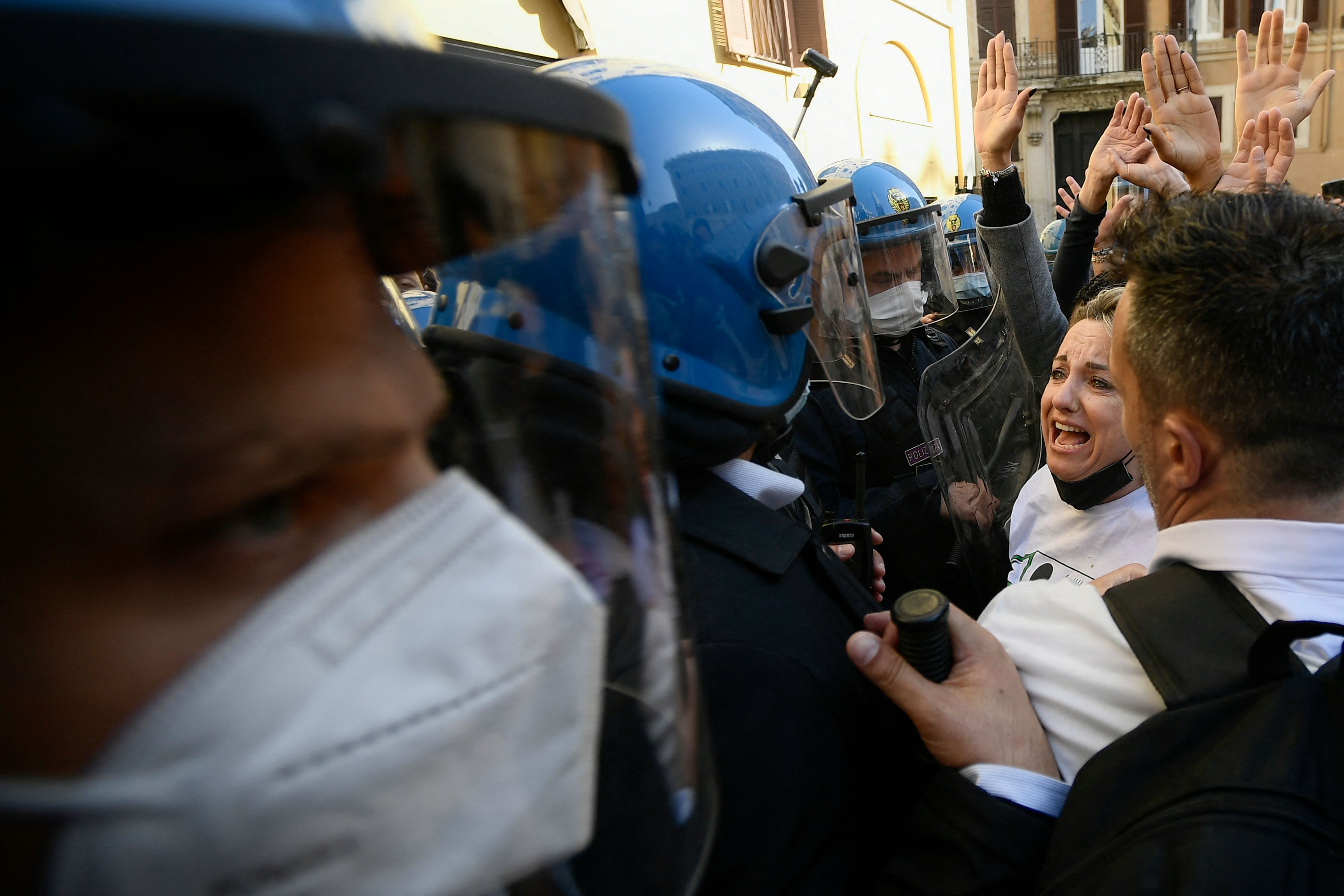 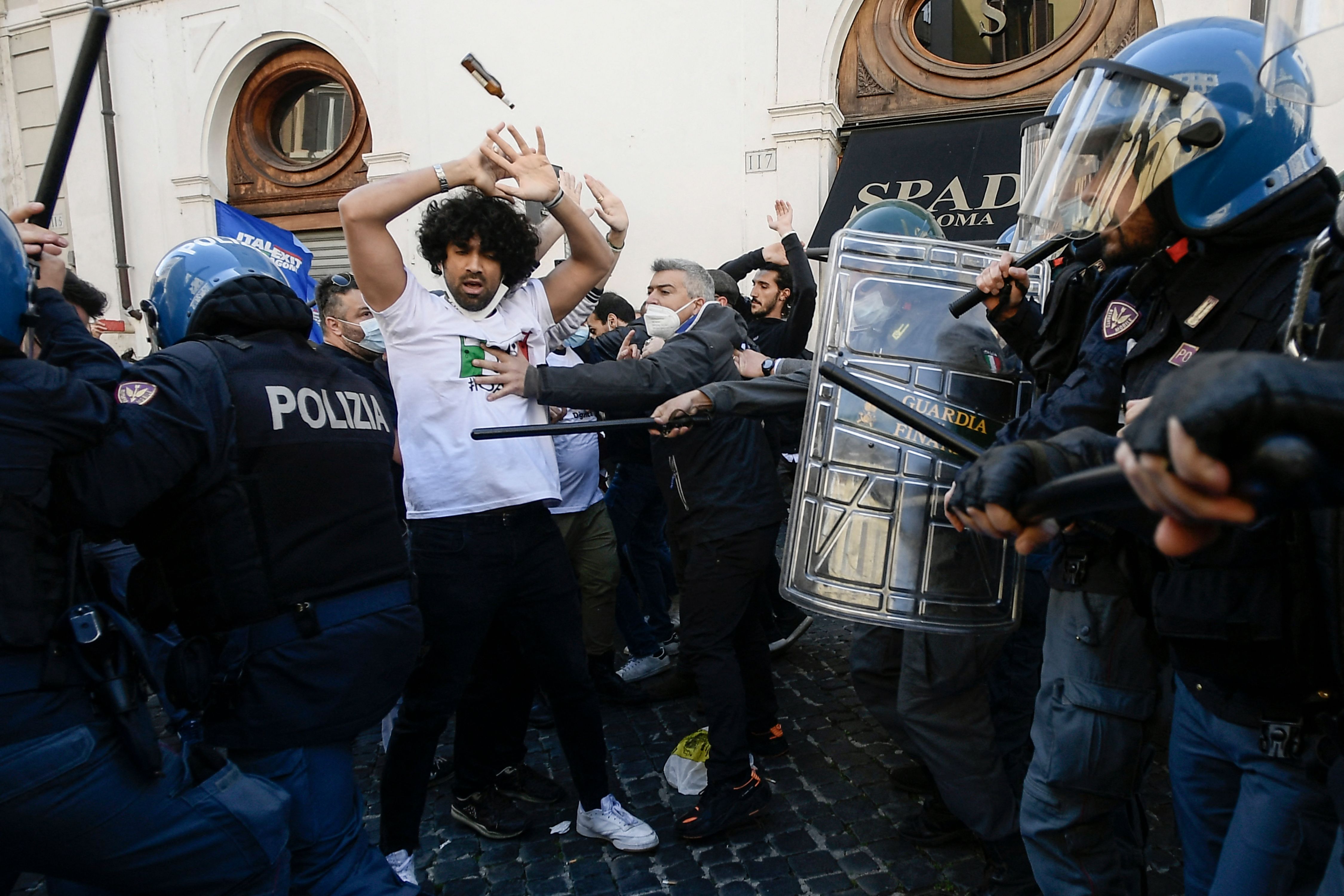 "The health situation is serious but our economic and social situation is more serious," restaurant owner Umberto Cariera, from the city of Pesaro, told Reuters.

"Desperation has brought us here."

Hours earlier, near the southern city of Caserta, protesters blocked traffic on the A1 Highway.

Among the hundreds of demonstrators were those who work in outdoor markets and owners of gyms and restaurants, the Italian news agency LaPresse said.

Italy's business owners have urged the government to let them reopen cafes, restaurants and gyms despite a worrying surge in Covid infections.

The rise in infections, driven mainly by virus variants, has seen daily new caseloads in the tens of thousands and hundreds of Covid deaths a day now for months. 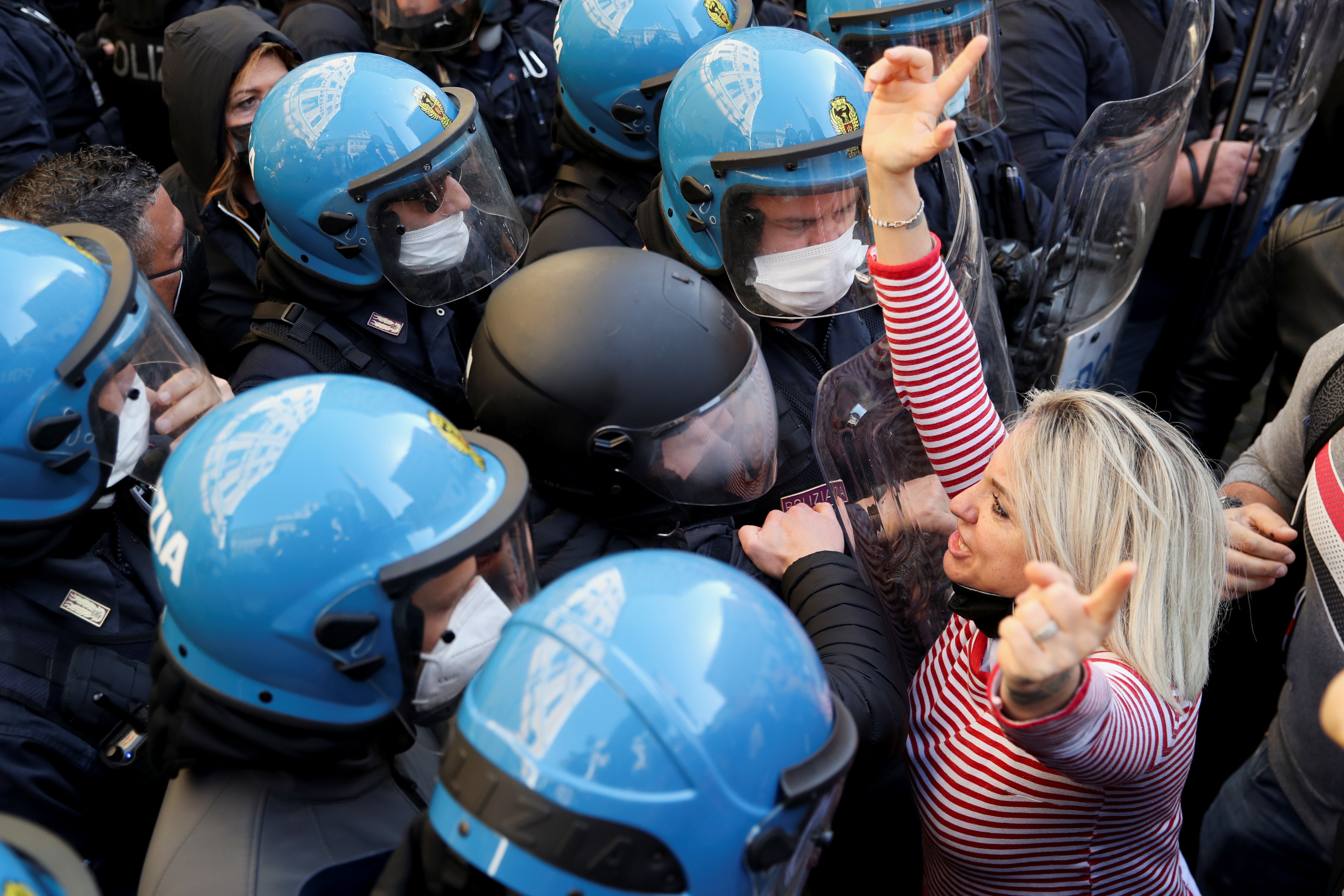 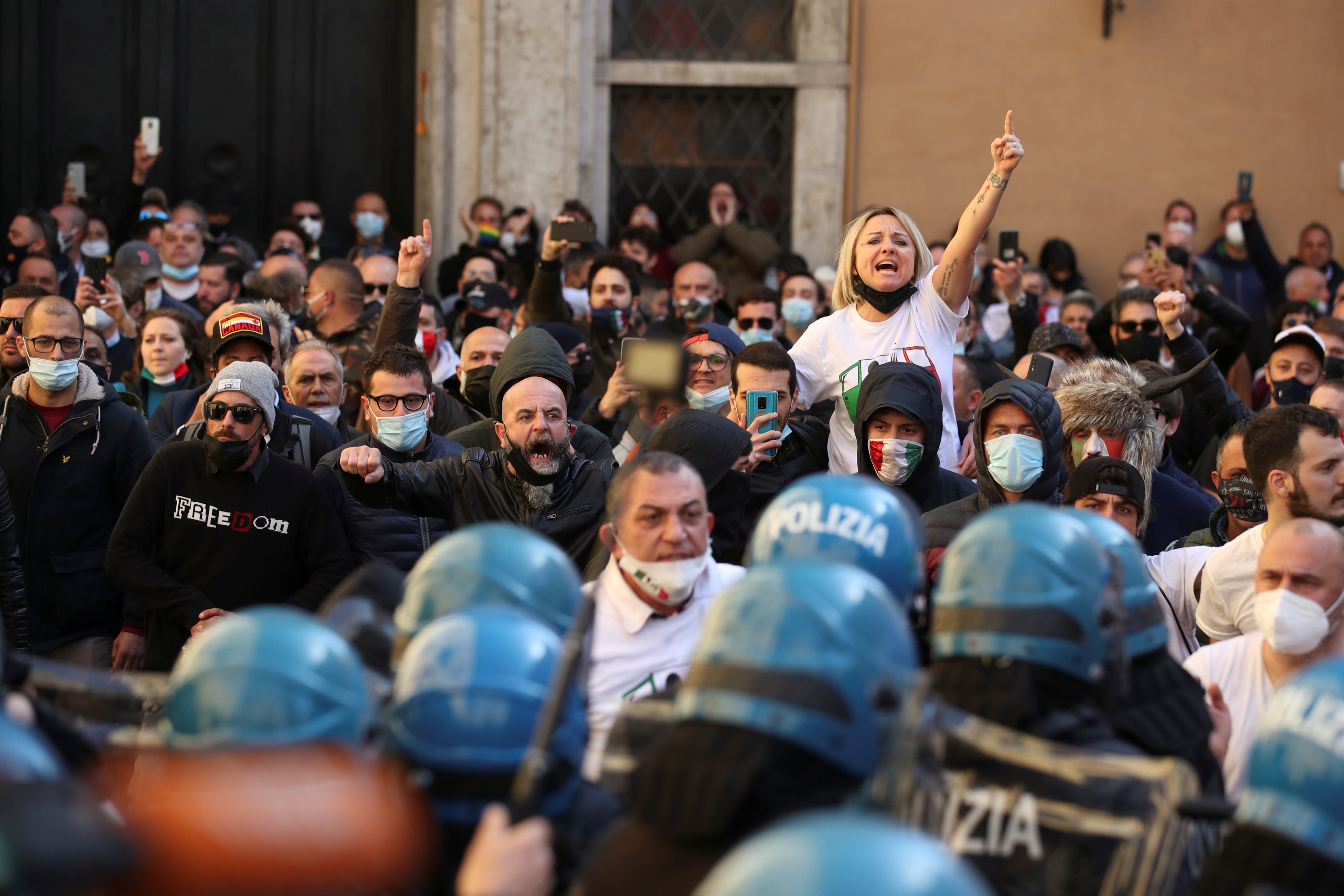 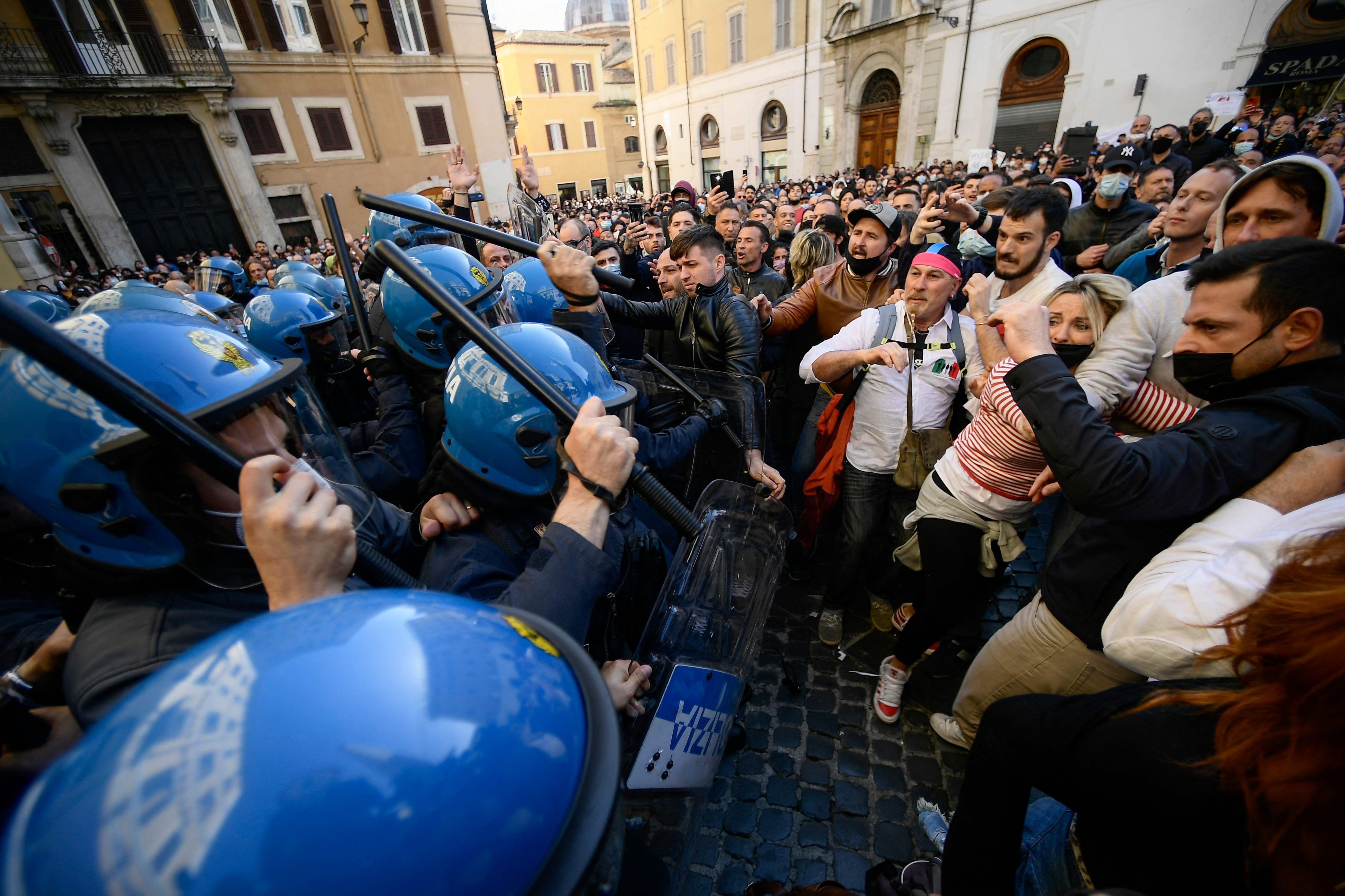 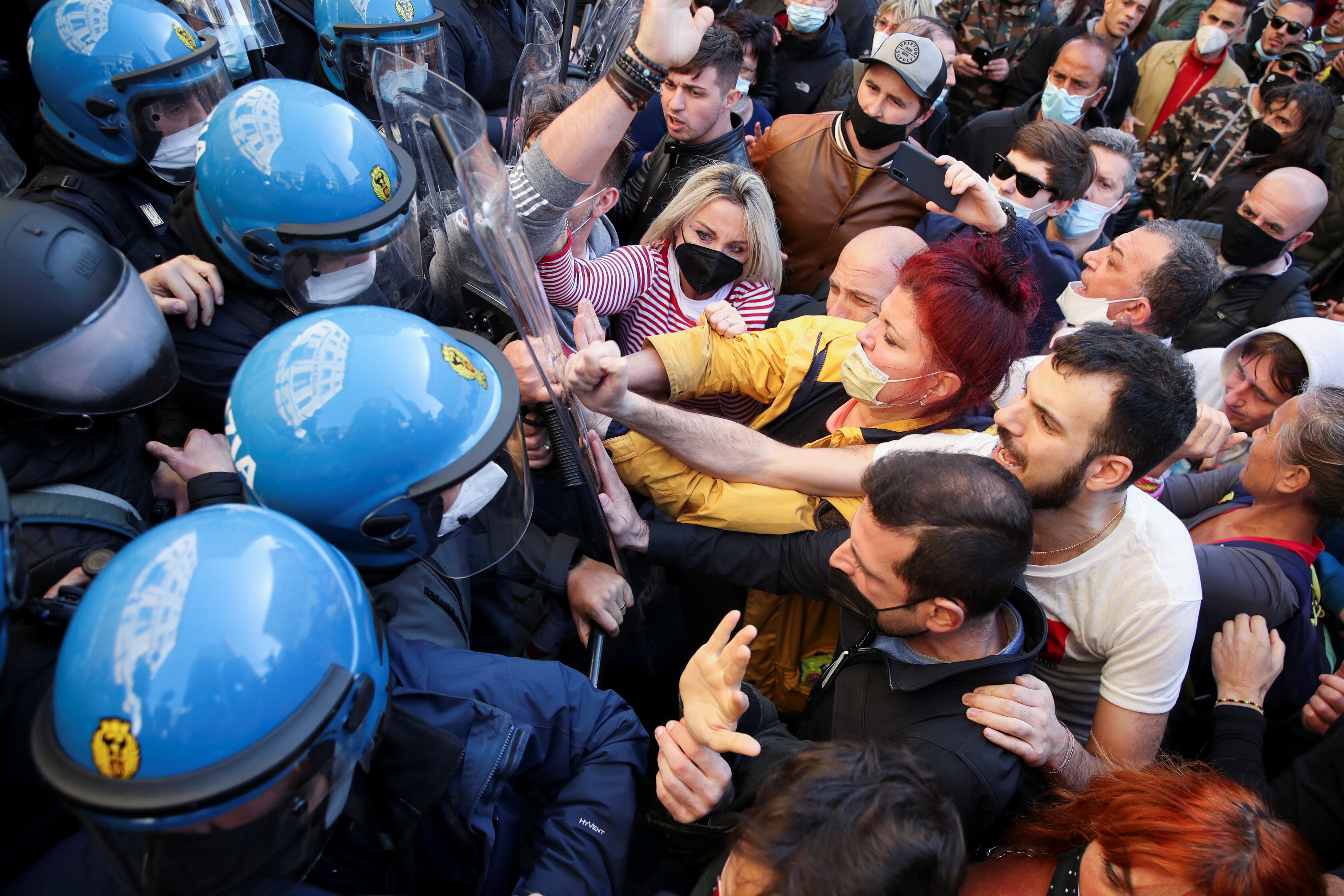 But he called for government guarantees of loans, help with mortgage payments, a stop to evictions, and compensation for income lost due to Covid.

Serbia, which is outside the EU, has one of the highest Covid jab rates – mainly thanks to the governments large purchases of the Sinopharm vaccine.

The Balkan nation is also using the Russian Sputnik V vaccine and the jabs developed by Pfizer and AstraZeneca.

Serbia was the first European country to approve and start using both the Sinopharm and Sputnik V vaccines – the EU drug regulators have not yet authorised the use of those vaccines.

Some 1.5 million of Serbia's seven million people have received at least one vaccine dose so far, but the country has seen a recent decline in residents signing up for shots.

And Italian citizens are now booking appointments through the Serbian consulate in Milan and the embassy in Rome, according to Italian newspaper Corriere della Sera.

Thousands of vaccine-seekers from neighbouring countries flocked to Belgrade last month after the authorities offered free jabs to all foreigners who showed up.

The visitors received doses of the AstraZeneca vaccine which were at risk of going to waste once they expired due to few Serbs choosing to take the jab.

Israel is the world leader in vaccinating its population against Covid, followed by the UAE, Chile, the UK, the US, Bahrain, Serbia and Hungary, according to Our World in Data. 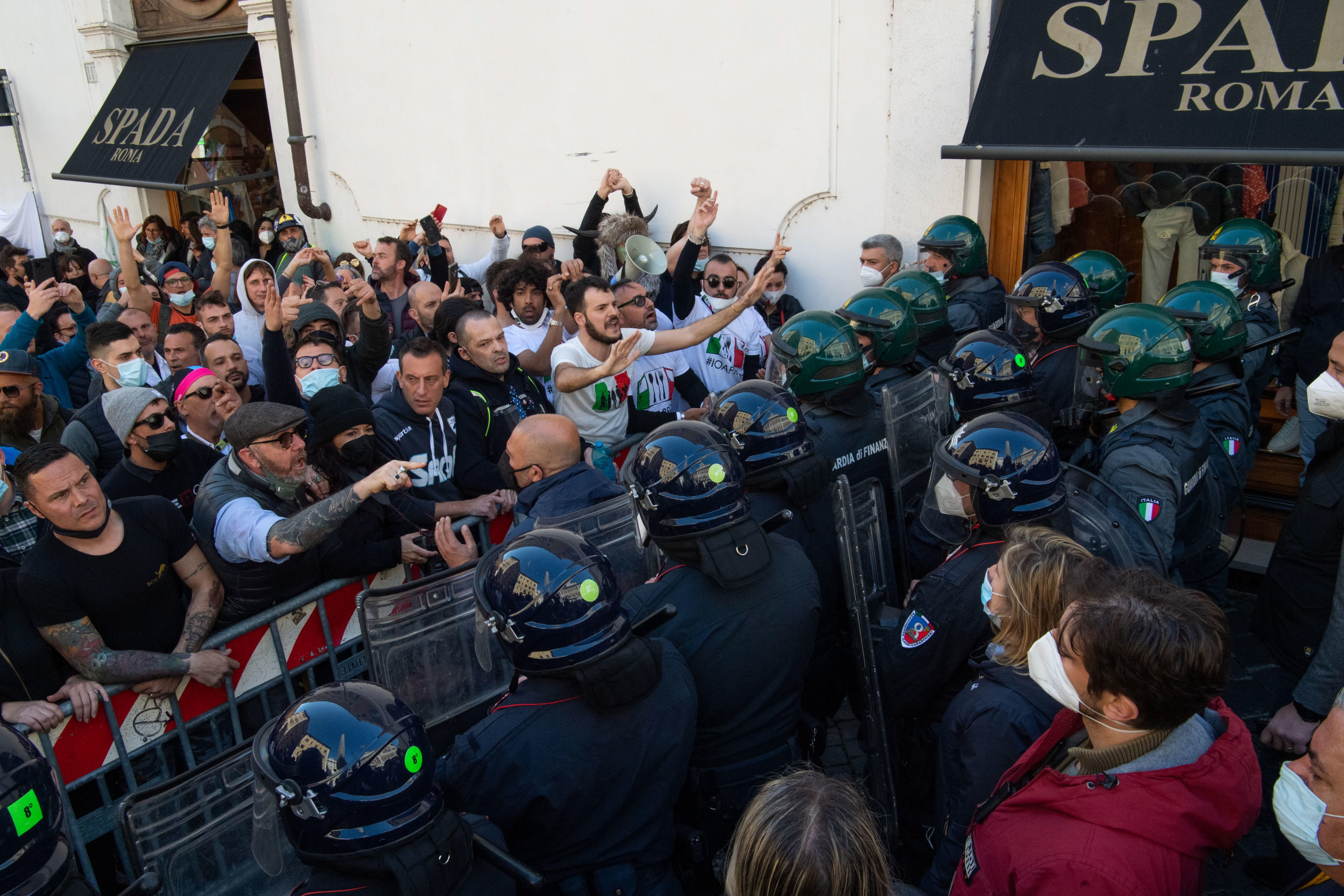 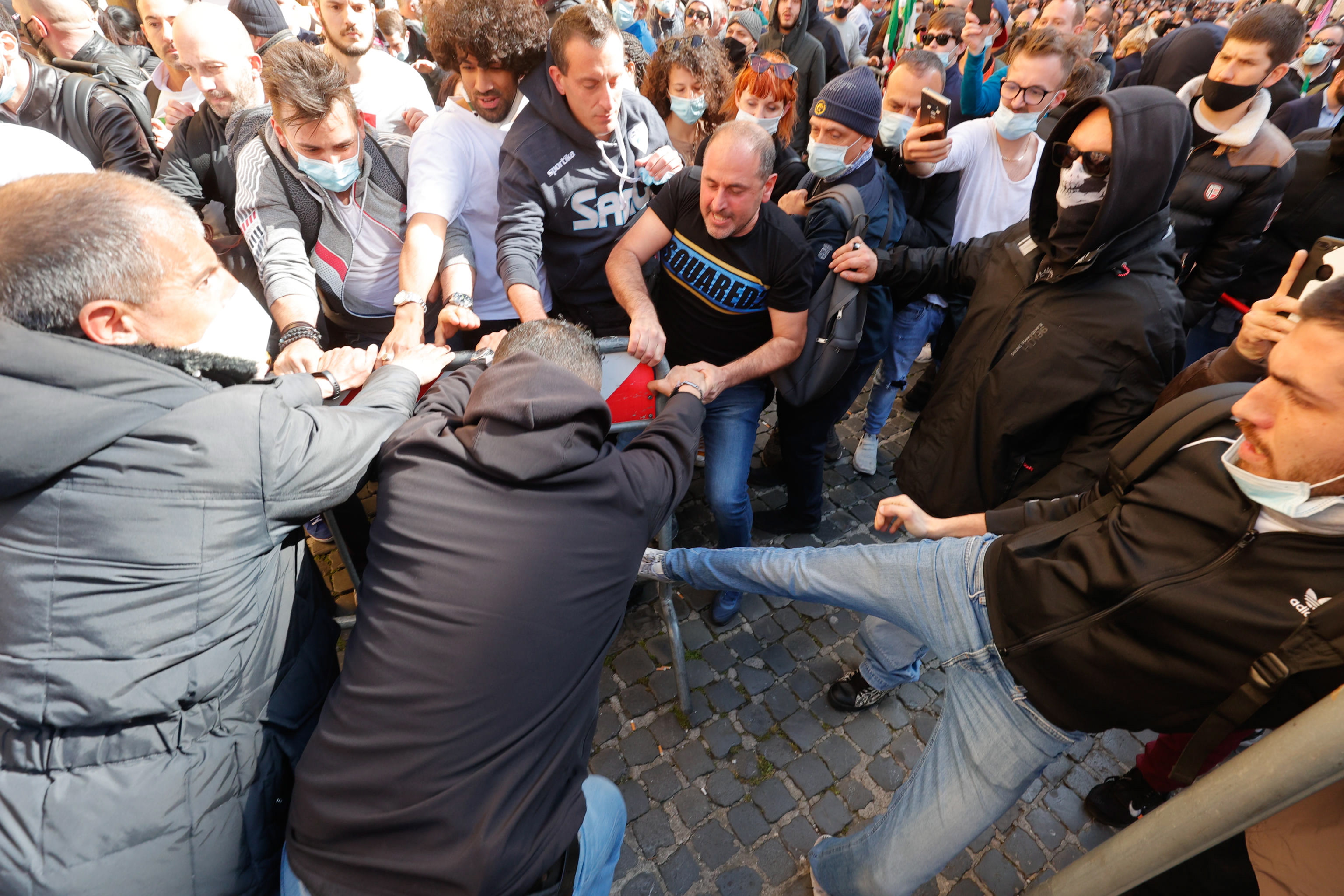