Home » World News » 'I saw it in a movie': Man's attempt to smuggle drugs in Bible arrested in career first for cop

'I saw it in a movie': Man's attempt to smuggle drugs in Bible arrested in career first for cop 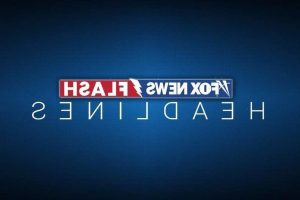 A man was arrested after he allegedly hollowed out a Bible to help him smuggle drugs, in a move he said was inspired by Hollywood.

“When you are on drugs, you find ways to waste time and I was in a hotel room one day and I was like ‘there’s a Gideon’s Bible’ and I’m like ‘let’s hollow it out cause I saw it in a movie one time.'” suspect Isaiah MacMenami said, according to local outlet WKRN. “Yeah, I didn’t have anything in there, I didn’t even get the chance. I just had it in the car and they locked on to it big time, they are like, ‘Oooh, he’s hollowing out Bibles.’ I’m like, ‘alright.'”

MacMenami, an Oregon native, was arrested last month in Cheatham County, Tennessee, after police pulled him over in an area known for drug activity.

Law enforcement stopped him on a window tint violation as he headed to a Walmart and had only been in the area for a short time.

“They were quick. I was in town, like an hour, and I was already in jail,” MacMenami said.

MacMenami told officers he was on drug probation and declined their requests to search his vehicle during the stop. A K9, however, checked the perimeter of the car and alerted authorities that drugs were in the car.

Officers found THC vials and paraphernalia on the passenger side door, as well as a lockbox, which MacMenami claimed he was unsure of its contents.

They also found the hollowed out Bible

“Yeah, people were trading stuff for ice. Yes, people want ice, and they say, ‘I got a couple of these, what would you do, man?’ Honestly I didn’t sell much, I just did it to party with people,” MacMenami said when asked about the drugs.

He was charged with possession with intent to sell illegal narcotics and is being held under a $75,000 bond.

The drug agent who made the arrest said arresting a man with a hollowed out Bible was a career first.

“I’ve never seen one in person up to this date and I’ve been doing this like 15 years. I do not think it was very moralistic. It’s definitely one of a kind, a unique find,” the agent said.