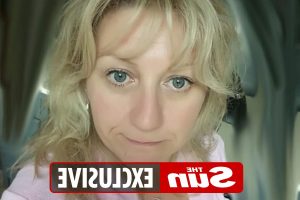 TEARS trickled down Claire Spencer’s cheek as her beau begged to borrow £1,000 after claiming he hadn’t eaten for days and feared starving to death.

But all wasn’t as it seemed. Jack Miller, 45, turned out to be a scammer who used an Italian model’s photos before eventually conning her out of hundreds of pounds. 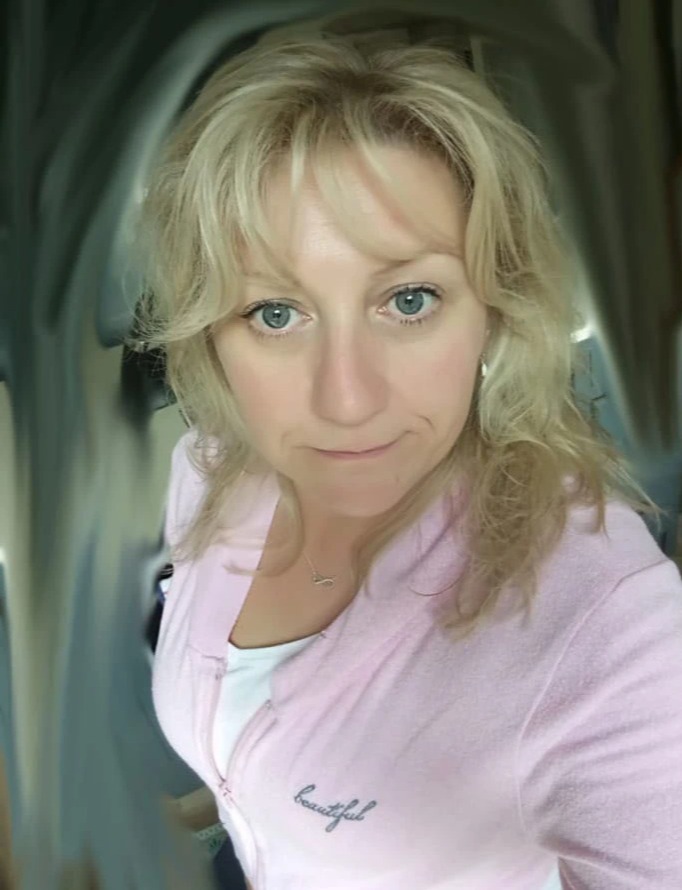 Using a fake name, he invented a heartbreaking backstory about being a single dad to Henry, 12, after his wife died from cancer and quickly confessed he “was in love” with divorcee Claire online.

The mum, 50, from Winsford, Cheshire, was conned out of £500, which plunged her into debt for months due to living “hand to mouth” with her four dogs.

She sent him money after multiple pleas for help from ‘hotel builder’ Jack, who claimed to be stranded in Cambodia and unable to afford food because he lost his wallet.

Claire told The Sun: “When I realised it was a romance scam, I wanted to throw up and felt humiliated.

“I wanted to cry but physically couldn’t, I felt violated and embarrassed. It took about five weeks for me to smile again.

“I lied to one of my best friends to get the money. He thought he was lending me money to help pay my bills – instead I was paying for a fictional hotel bill, food and flight.

“He was p**sed off but has forgiven me and while £500 doesn’t seem a lot, I’m self-employed and live hand to mouth so it’s taken a long time to sort out my finances.

“After two weeks he started feeding me bulls*** and asking for money, I thought, ‘Are you joking? I don’t have enough to eat let alone have any money to give.’

“In the end, I was crying. I didn’t have any money because of Covid and I regularly told him that, which made it worse. He scammed me at my most vulnerable."

'Scammers always one step ahead of us'

Sadly Claire is one of the countless victims of romance fraud – a crime that has risen 40 per cent in one year after more than 7,500 cases were reported and an estimated £73.9million lost.

Anti-romance scammer group SCARS, who offer advice and support to victims, say the figure is “a gross understatement”.

Debby Johnson, from the organisation, told The Sun: “We believe only one to three per cent of people report romance scams, so extrapolate that to see how bad it is.

"We know the real extent of this issue is huge, there could easily be 80 times that number of victims.

"People are afraid, ashamed that they were taken in and, I hate to say it, but these well-trained people are always one step ahead of us.

"It's a matter of numbers for them. They work in groups and don't need £1million from one person – all they need is £250 from a million people."

With Christmas just around the corner, scammers are plotting new ways to extort money from singletons and those looking for love on social media.

But these thugs aren’t hiding in the deep crevices of the dark web – they are boasting in plain sight on easy-to-access Facebook groups, with The Sun discovering as many as many as a hundred live at the same time.

The most popular, which was started in April, had 68,000 members and after we contacted Meta – the new name for the company behind the social media platform – it has been removed and others are being investigated. 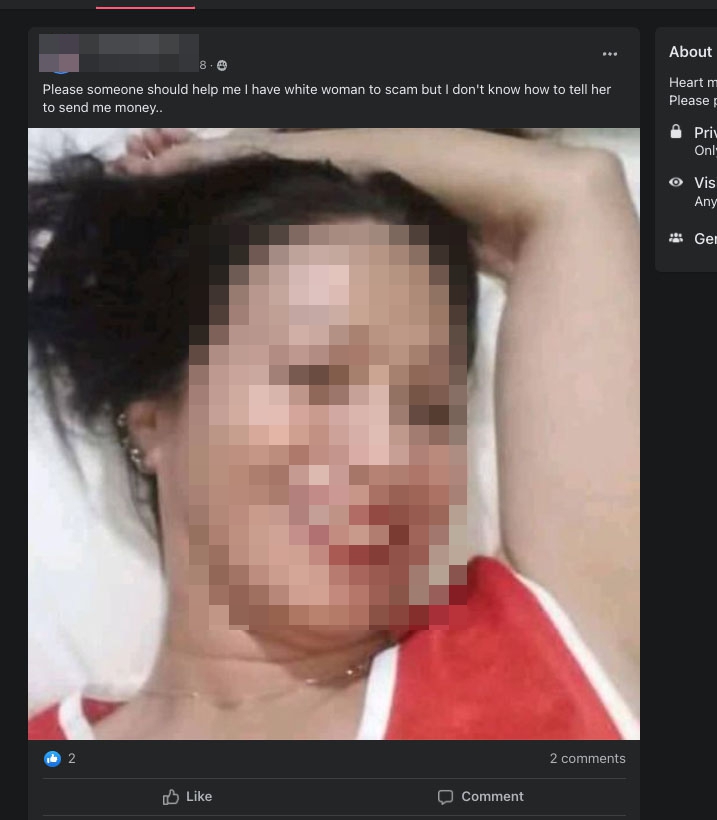 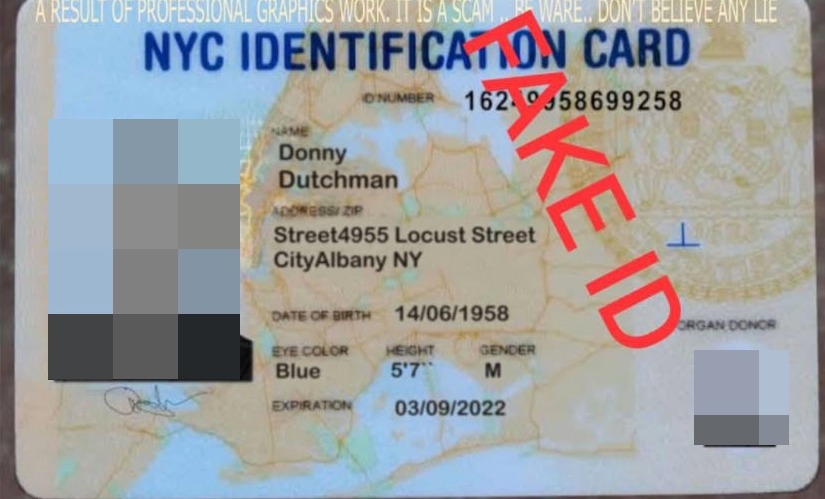 Inside these groups, scammers sold victims’ contact details, boasted about the thousands of pounds they had taken, and offered to teach others the brutal tricks of the trade – sometimes for free.

“Please I need a serious boss who would make me cash out before Christmas anyone,” one user from the Facebook group wrote.

'Cashing out or 'pulling out' is a common phrase amongst fraudsters for conning money from someone.

Others boasted about their success rate including one who stated: “It’s Christmas and you still never collect… Join if you want to cash out this December.”

Some tried to flog their photo editing expertise to make fake driving licences and images of their alter-ego holding up the name of a victim – a hack often used to ‘prove’ they are real.

Manipulation is key with these criminals, who exploit people’s emotions by posing as love interests on dating sites before asking for increasing amounts of money.

Typically scenarios like a family emergency, a disaster abroad, medical bills or debt are the claims used to make their victim transfer money via banks, cryptocurrency and gift cards.

The scammers often work together in groups and consult one another about the best ploys to win over trust and demand money.

One member even promised a 40 per cent cut of his earnings if another could help him “pull out” – a phase for conning money from someone – before December 25.

A second quizzed the evil hivemind about ways to get a victim to send a monetary Christmas gift rather than a greetings card that he said “I don’t need”.

The amount criminals on these groups earn is hard to quantify but some claim to rake in as much as “10k – 15k” per day.

Claire considers herself lucky, in some ways, because she was only stripped of £500 – others have lost tens if not hundreds of thousands and sometimes their homes.

'He used details of my life against me' 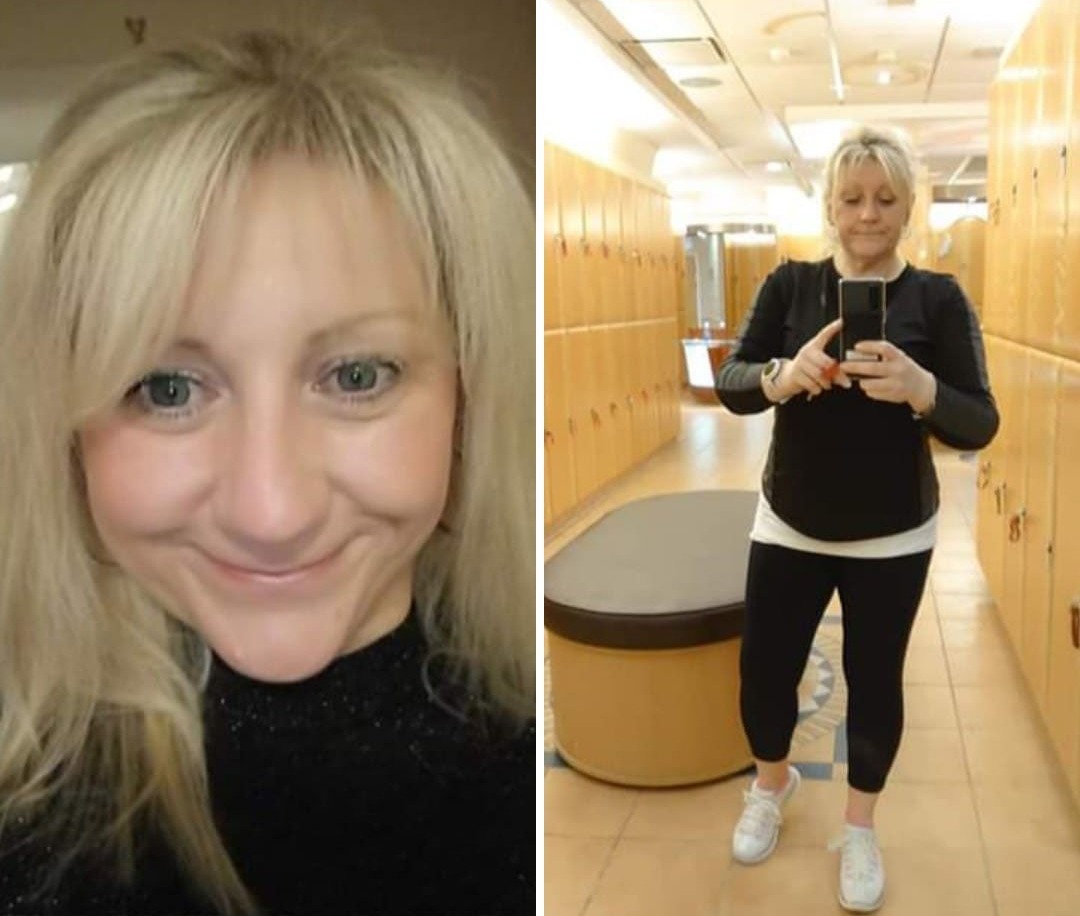 Claire was spun “lie after lie” by Jack, who claimed to have fallen in love, made up a fake life story and even produced a convincing fake passport.

She met him on the dating site Plenty Of Fish. He claimed to be local and things appeared to be “going really well”.

When Jack asked for money, Claire encouraged him to get help from the embassy and a number of options but there was “always an excuse or reason why it wouldn’t work”.

“At times, he turned nasty and other times he laid it on very thick. He said he was starving and I can’t bear to think of anyone going hungry or suffering,” she recalled.

“He spun such a big web of yarn that I could have opened a haberdashery with the amount of s*** he spoke.”

After realising she had been scammed, Claire called out the con-man, who responded with angry messages and later asked for her bank details to “pay her back”.

She suspected this was another attempt to steal more money from her and after four weeks of trying to get her money back, she blocked him.

As Claire reflected on their three-month online relationship, she realised he had forged his fake identity using information she had sent him in messages and her photos.

“He claimed to be from nearby and I asked so many questions, things to prove that he was from Winsford but he was very cunning,” she recalled.

“I asked him, ‘What’s your favourite pub?’ and he disappeared offline – which should have been a red flag – he came back and said it was the Red Lion.

“Previously, I had sent him a photo of me and friends sticking our tongues out, which was taken by a Red Lion photographer. I gave him that information unintentionally.

“I was very sceptical about online dating and during the six years I’d been single, I had been approached by scammers before but had never fallen for them.”

'Search for a white name' & steal their photos

Lowlife conmen use social media to legitimise the fabricated lives they have invented by stealing photos from real people.

One user showed the ease of such a practice and wrote: “To get a picture go to Instagram and search for any white name male or female.”

In a series of grim posts, one scammer tried to sell the phone number of a man who he claimed “will pay $100 (£76) in a week” along with his photograph.

Another shared a snap of a woman and wrote: “Please someone should help me, I have a white woman to scam but I don’t know how to tell her to send me money.”

These terrifying groups are easy to join by typing in specific keywords known to romance scammers – which The Sun has chosen not to reveal.

Facebook has warnings in place whenever the keywords are typed that tell users the terms are “sometimes associated with fraudulent activity”.

They encouraged users to report illegal activity – but did not respond to The Sun’s request for information about the number of groups they have removed.

Despite this, Facebook claims to have better protections in place than other social media platforms.

A Meta spokesperson said: “We removed the Group brought to our attention and we have warnings in place when people use these search terms.

“Fraudulent activity is not allowed on our platform and we’ve dedicated significant resources to tackle this industry-wide issue.

“We continue to invest in new technologies and methods to protect people, and have donated £3million to Citizens Advice to deliver a UK Scam Action Programme which raises awareness of online scams and helps victims.”

If you have been affected by a romance scam, contact Action Fraud on 0300 123 2040 or visit: www.actionfraud.police.uk.

You can also contact The Society of Citizens Against Romance Scams (SCARS) via: www.romancescamsnow.com.

Scammers have developed devious hacks that can cloud a person's judgement and "trick singletons into sending money".

Tina, founder of Wingman, reveals the immediate red flags you should keep an eye out for. 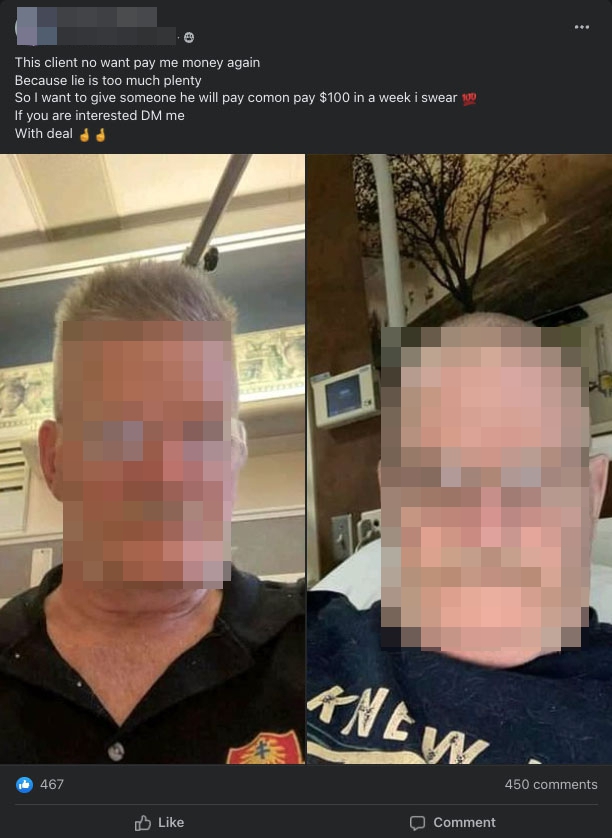 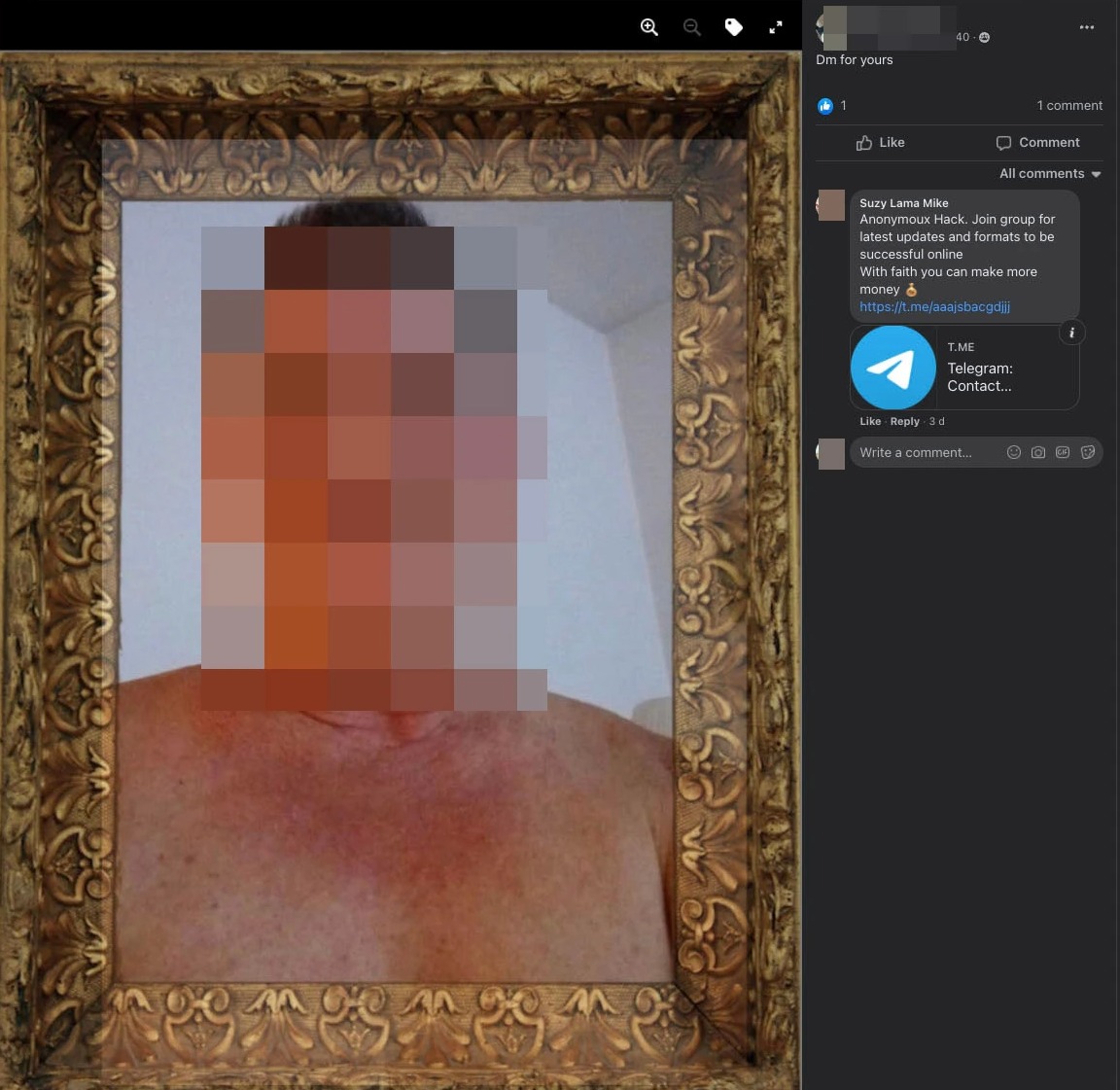