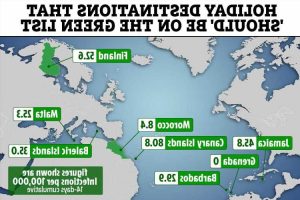 JAMAICA, Barbados, Malta and the Canary Islands should all be moved onto the UK's green list immediately, a travel expert said today.

Paul Charles, chief executive at The PC Agency, said the holiday hotspots should get the green light based on their current infection and vaccination rates. 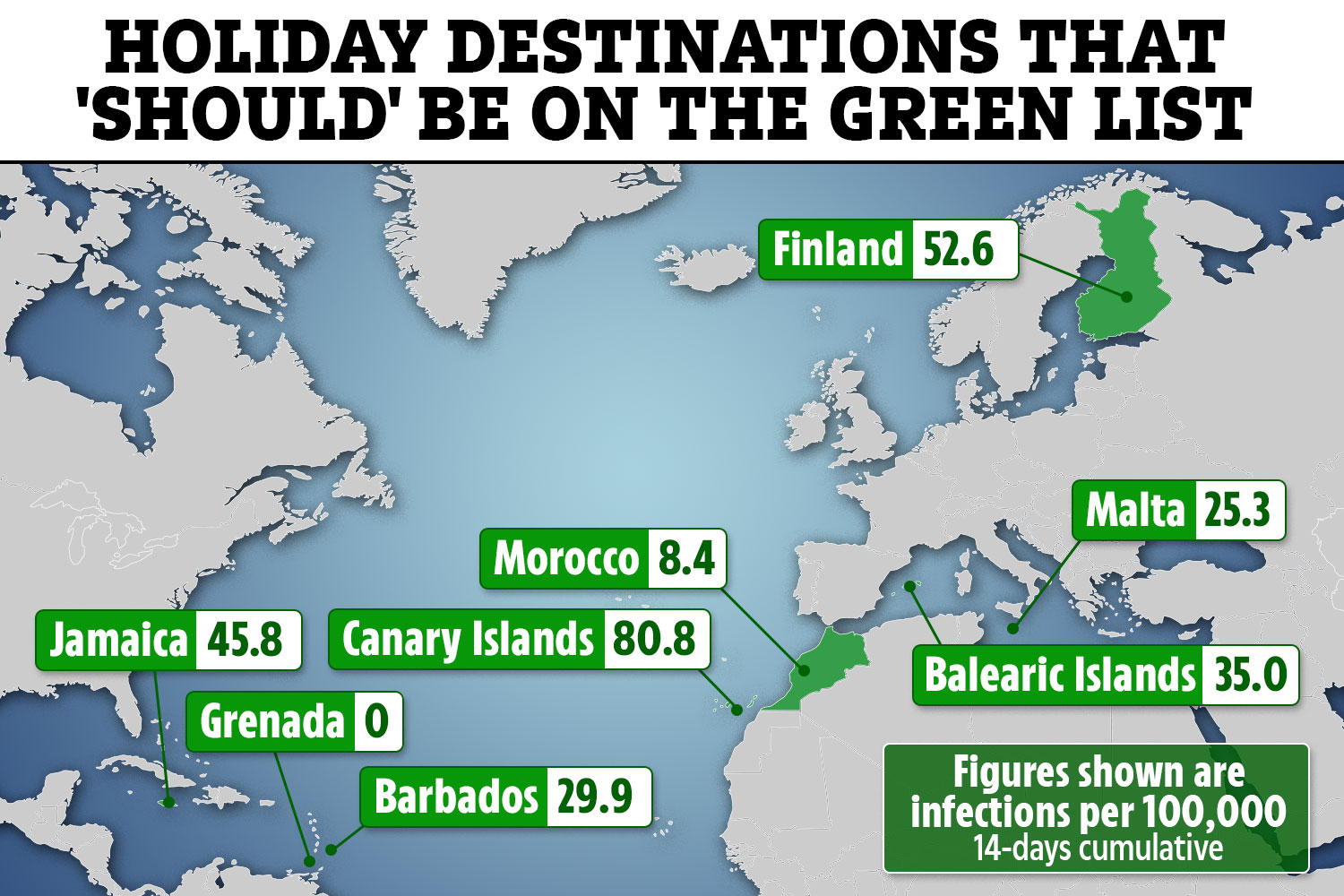 He said Grenada, Morocco, Finland and the Balearic Islands should also be moved from orange to green, based on "official sources from various governments," MailOnline reports.

The travel chief revealed that "several criteria determine a country's colour", but only its 14-day infection rate and an ability to regularly check for new variants is key.

He told the MailOnline: "We have added the additional column showing what countries should be on the green list based at looking at the infection rates and the percentage of the population who have been vaccinated in each country.

"The benchmarks we have used are based on knowledge gathered from official sources both in the UK and other countries."

Ministers have already pledged to open up island destinations for UK tourists “where possible”, even if infection rates prevented an entire country from joining the green list.

However, it is not public knowledge how many cases per 100,000 a country must be below to rank green, making it difficult to project which destinations will get the go ahead next.

A Department for Transport spokesperson said: "Country classification on the department’s traffic light system is guided by the evidence and analysis of a range of key factors, including rates of infection, the prevalence of variants of concern, and the country’s access to reliable scientific data and genomic sequencing." 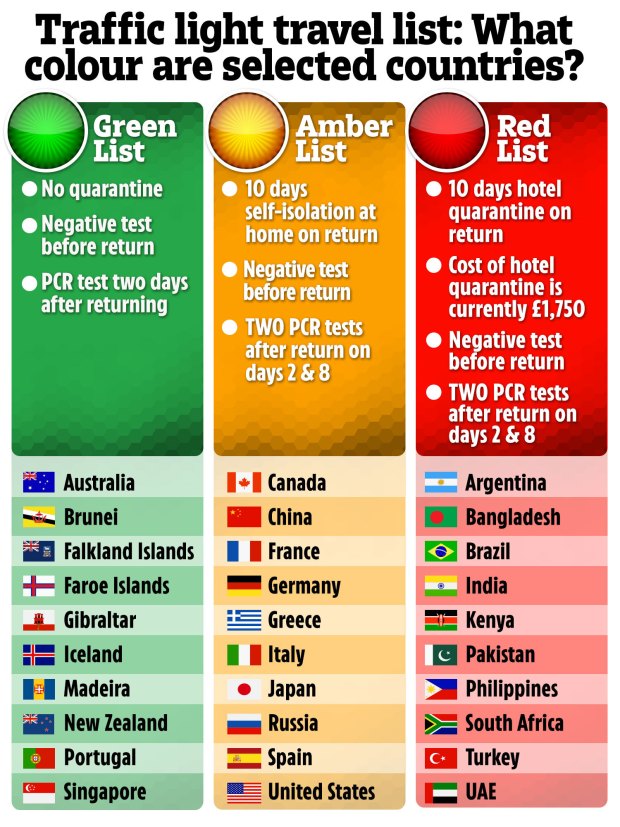 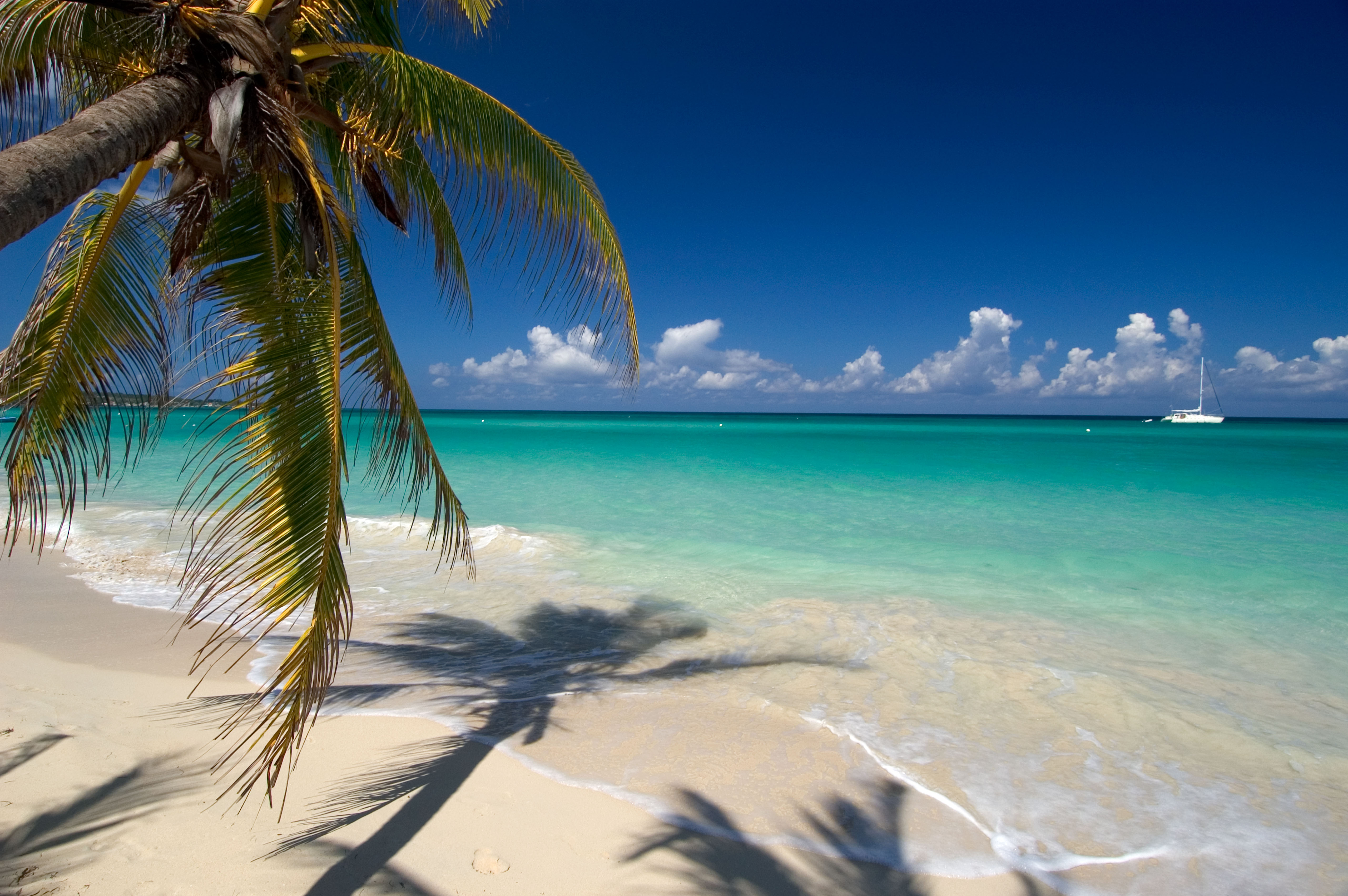 Grant Shapps has confirmed islands will be looked at separately when travel rules are updated on June 7.

But he is waiting for further advice from the joint biosecurity centre ahead of the next review of the green list on June 1.

The Transport Secretary said this week: "We've always said, and in the past have tried to assess islands separately.

"Whether that's possible or not isn't just down to the level of infection on those islands.

"It's also down to their abilities to sequence the genomes that we know about and the potential variants of concern on those islands as well."

Iago Negueruela, the Balearic Islands’ tourism minister, has spent several weeks campaigning for the region to be treated separately from the Spanish mainland so Brits can book holidays without having to quarantine on their return.

Just over 40 people with Covid are in hospital in the islands, 18 per cent less than a week ago. 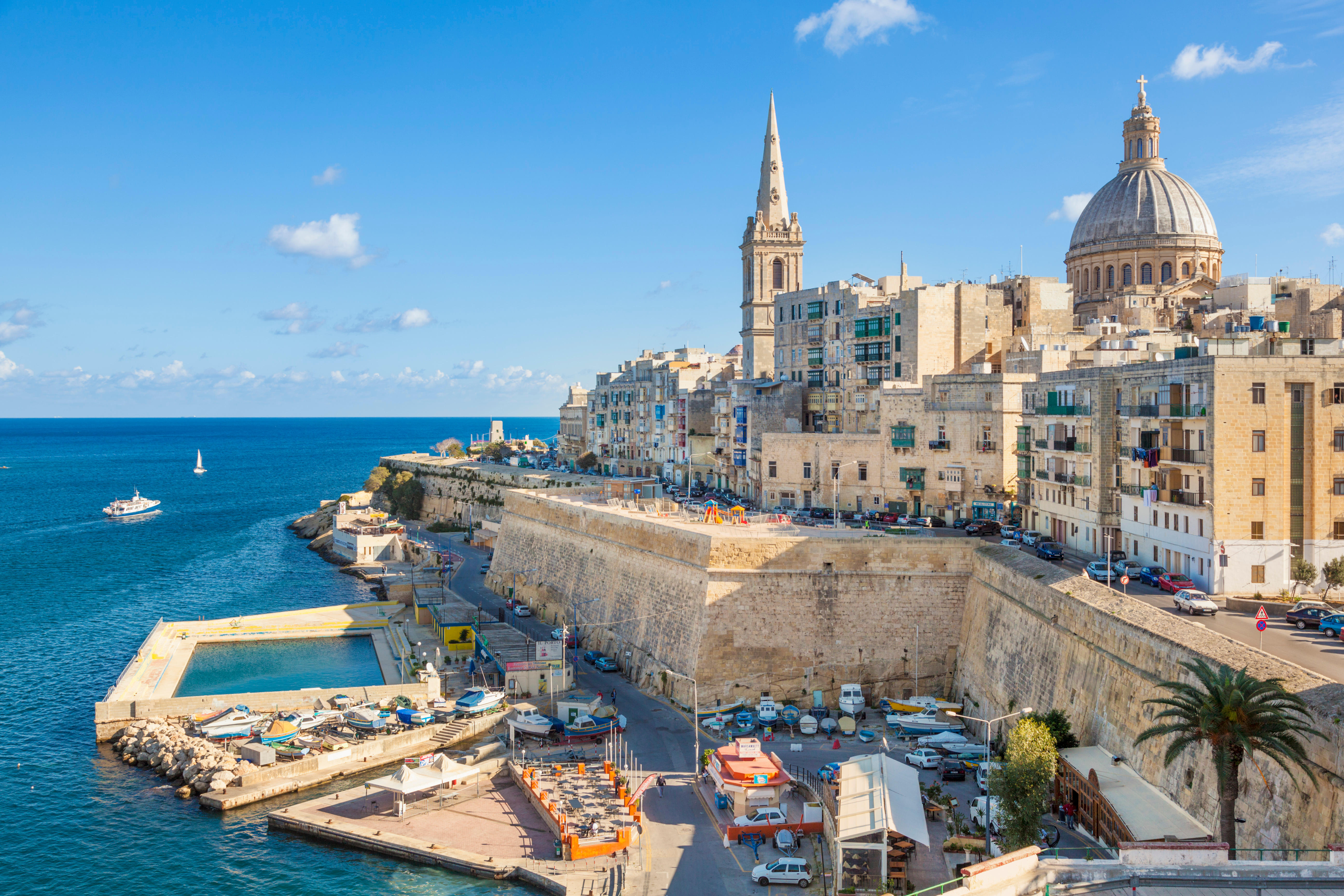 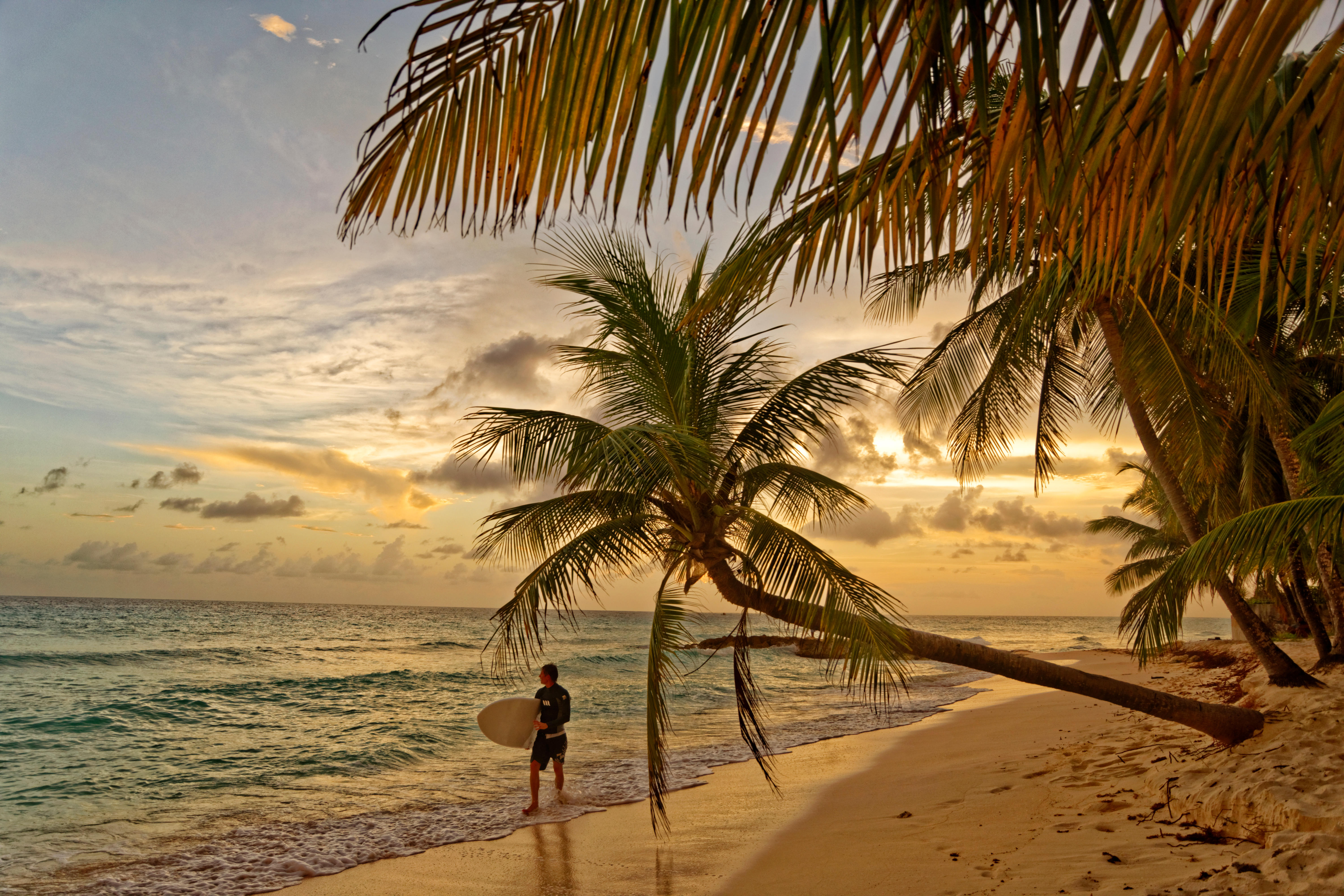 It comes as sources say airlines are preparing for the restart of transatlantic travel from June 7.

Meanwhile, Spain allowed UK holidaymakers to return for the first time this year on Monday with no Covid test or vaccine requirements.

The surprise move came after Germany said it was barring Brits from entering as public health chiefs designated the UK as a virus variant area of concern.

Austria has also announced a ban on direct flights from the UK, and only Austrian citizens and residents will be allowed into the country from the United Kingdom from June 1.

France subsequently followed suit by saying Brits heading to the country would have to quarantine for seven days and provide a negative coronavirus test to prevent the spread of the Indian variant.

But Carolina Darias, Spain’s Health Minister, defended the decision to put the UK on the country’s safe list and exempt people from Britain from providing proof of jabs or negative Covid tests.

Speaking after a meeting with regional health chiefs, Mrs Darias said: “We will keep tabs on the situation, but the conditions to open up to tourism are there.

“That’s especially true for British tourism, with the UK being one of the countries with most influence in our tourism market which is a fundamental part of our economy.” 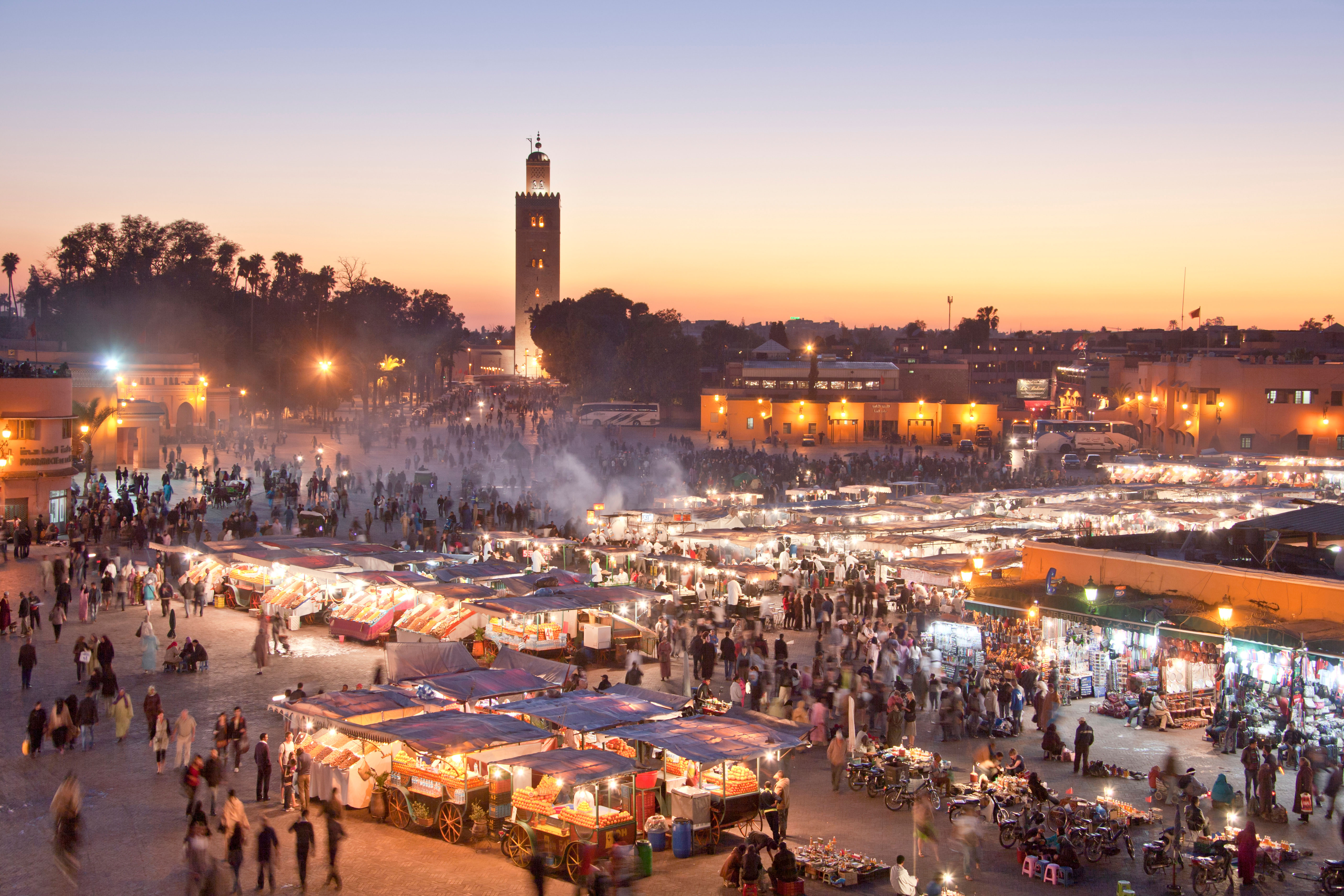