The health risk for children from cooking with gas has been compared to that from living with a smoker.

In a report into Australia’s reliance on gas released on Thursday, the Climate Council cites research that cooking with the fossil fuel is estimated to be responsible for 12 per cent of childhood asthma.
It recommends that gas cooktops should be phased out in Victoria. 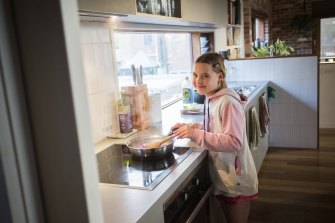 Josie Aberle cooks a meal on an induction cooker. Her parents chose not to connect their house to gas, and also installed a reverse cycle air-conditioner and heat pump hot water. Credit:Paul Jeffers

The report, Kicking the Gas Habit: How Gas is Harming Our Health, also highlighted research that children living in houses with gas cooktops were 32 per cent more likely to develop asthma than those who didn’t. Those statistics were comparable to the asthma rates for children living with a smoker, the report said.

“Many parents today wouldn’t dare to expose their children to second-hand cigarette smoke, particularly inside their home,” it said.

“However, many parents wouldn’t be aware the effect of gas cooktops on the burden of childhood asthma is comparable to the impact of passive smoking in the household.”

When burned, natural gas releases contaminants that can increase the risk of childhood asthma, including nitrogen dioxide and certain forms of particulate matter, such as PM2.5.

Michelle Goldman, CEO of Asthma Australia, said many people would not be aware of the health risks of cooking with gas as it was an issue that was not widely discussed.

“It’s odourless, it’s invisible, it’s a bit of silent enemy,” she said. “People might feel differently if they understood that their gas appliances were emitting a range of toxic substances.”

Victoria is the Australia’s leading burner of natural gas, accounting for 65 per cent of the nation’s residential use. Of that, 74 per cent is used for space heating and another 24 per cent for hot water services, according to the Grattan Institute think tank. Cooking accounts for just 2 per cent. 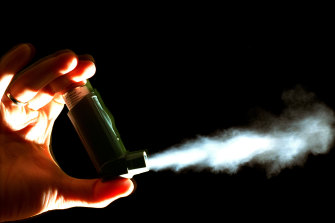 Cooking with gas has been linked to childhood asthma.Credit:James Davies

Among its recommendations, the Climate Council said that people should use better ventilation for gas stoves. In the long term, state governments are urged to phase out gas connections in new residential developments in favour of electric alternatives, such as induction cooktops.

The Age revealed on Wednesday that the City of Yarra had pledged to switch council buildings from gas to electricity by 2030, while also pushing for the Andrews government to ban gas connections in new homes.

About 19 per cent of Australia’s emissions come from natural gas, according to the Grattan Institute. The Victorian government recently pledged to cut emissions by up to 50 per cent by 2030. 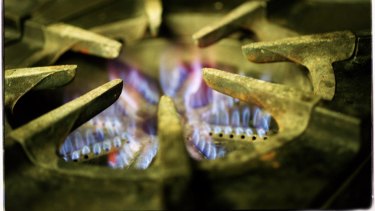 The future of gas in Victorian homes is being questioned.

“Moves to phase out new gas connections, like those being taken by City of Yarra, are an essential step in responsible climate action,” said Climate Council senior researcher Tim Baxter.

“Reducing the consumption of gas to close to zero is essential in the long term. The best time to start on replacing residential gas with cleaner, healthier, more efficient solutions is now.”

Environment Victoria campaigns manager Nicholas Aberle chose not to connect his new house to gas when it was built six years ago.

Solar panels provide electricity to power the home’s appliances, including induction cooking, a reverse-cycle air conditioner for heating, and an electric heat pump for hot water.

While his 10-year-old daughter Josie does have mild asthma, Dr Aberle said the main factor behind the decision was reducing impact on the environment.

“I’ve never even noticed that we don’t have a gas connection,” he said. “We’re warm in winter, we have hot showers. It’s set and forget. Once it’s there, it’s perfectly normal.”

Some may have a preference for using a gas cooktop over electric, but Mr Aberle said cooking with an induction stove was “fabulous”.

“It has really precise temperature control and you don’t have to worry about a child sticking their hand in a flame,” he said.

Ross Jamieson, president of Gas Appliance Manufacturers Association of Australia, said he was unaware of the findings in the report and it would be inappropriate to comment.

“Consumers still like using gas appliances for cooking, hot water and space heating, with gas distribution companies reporting an annual increase in new gas connections of around 100,000 connections per year,” he said.

“All people with gas appliances installed their home, regardless of their age or underlying medical condition, need to ensure that their homes are properly ventilated and that their gas appliances are in good working order and operated and maintained in accordance with manufacturer instructions.”