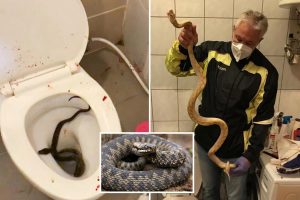 IT is said to feel like two sharp nails being hammered into your skin – and we can reveal that deadly snake bites are rising dramatically in a trend that is worrying experts.

An Austrian man was the latest victim when he "felt a pinch in the genital area" while sitting on his toilet at home in Graz on Monday, according to a local police report. 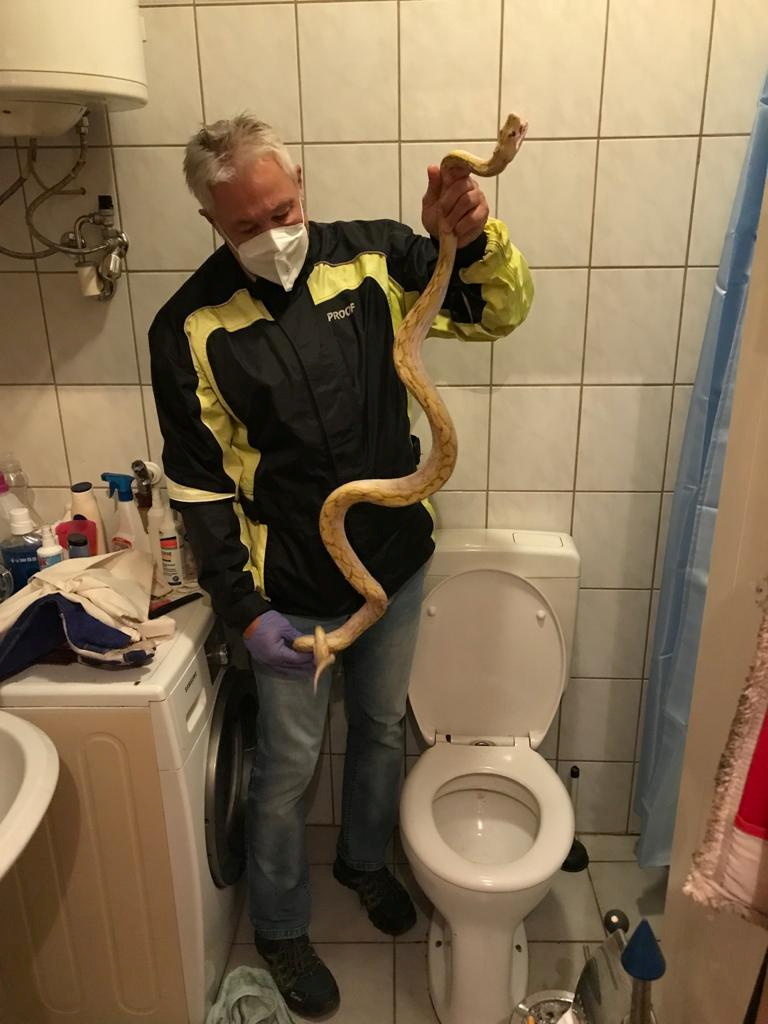 The 65-year-old victim looked into the bowl and found a 1.6m albino reticulated python looking back at him.

It's thought the snake belonged to his 24-year-old neighbour and may have slithered into the victim's toilet through the plumbing, but exactly how it got there remains unclear.

The victim was treated in hospital for minor injuries – others aren't so lucky.

Student Siraphop Masukarat was bitten by a 4ft python while sitting on his toilet last September. 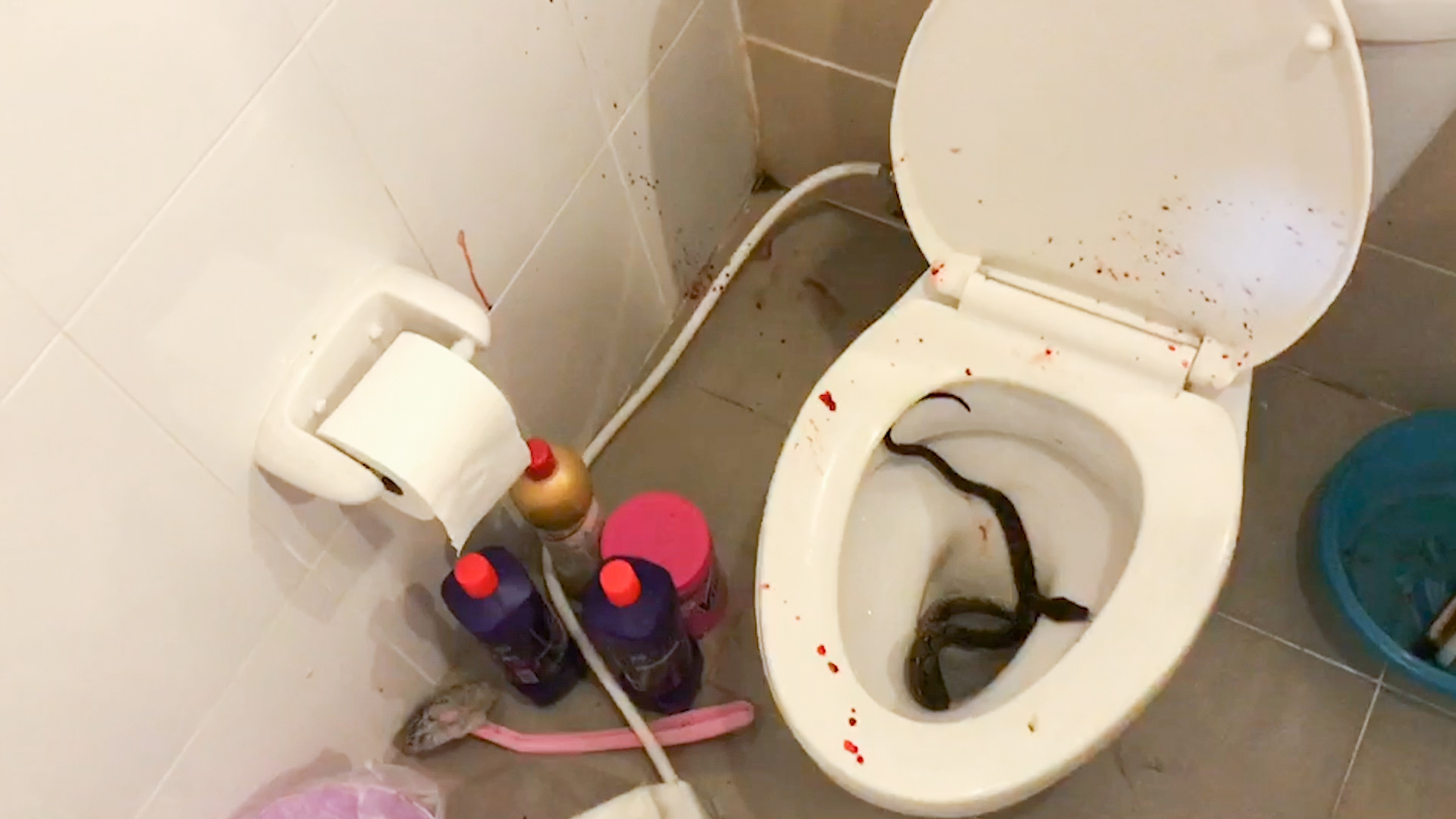 The 18-year-old was watching videos on his phone like so many teenagers do when he felt something clamping downstairs – and realised a snake had sunk its fangs into the tip of his penis.

Thankfully, the quick-thinking lad was able to leap up and, with his trousers around his ankles, slam the bathroom door against the slithering serpent until it finally let go.

"I looked down and saw there was a snake hanging in the toilet,” he told local media in the city of Nonthaburi, Thailand, around 20km north of Bangkok,

"Then there was blood everywhere. It was only a small snake but its bite was so strong. I hope my penis can recover.” 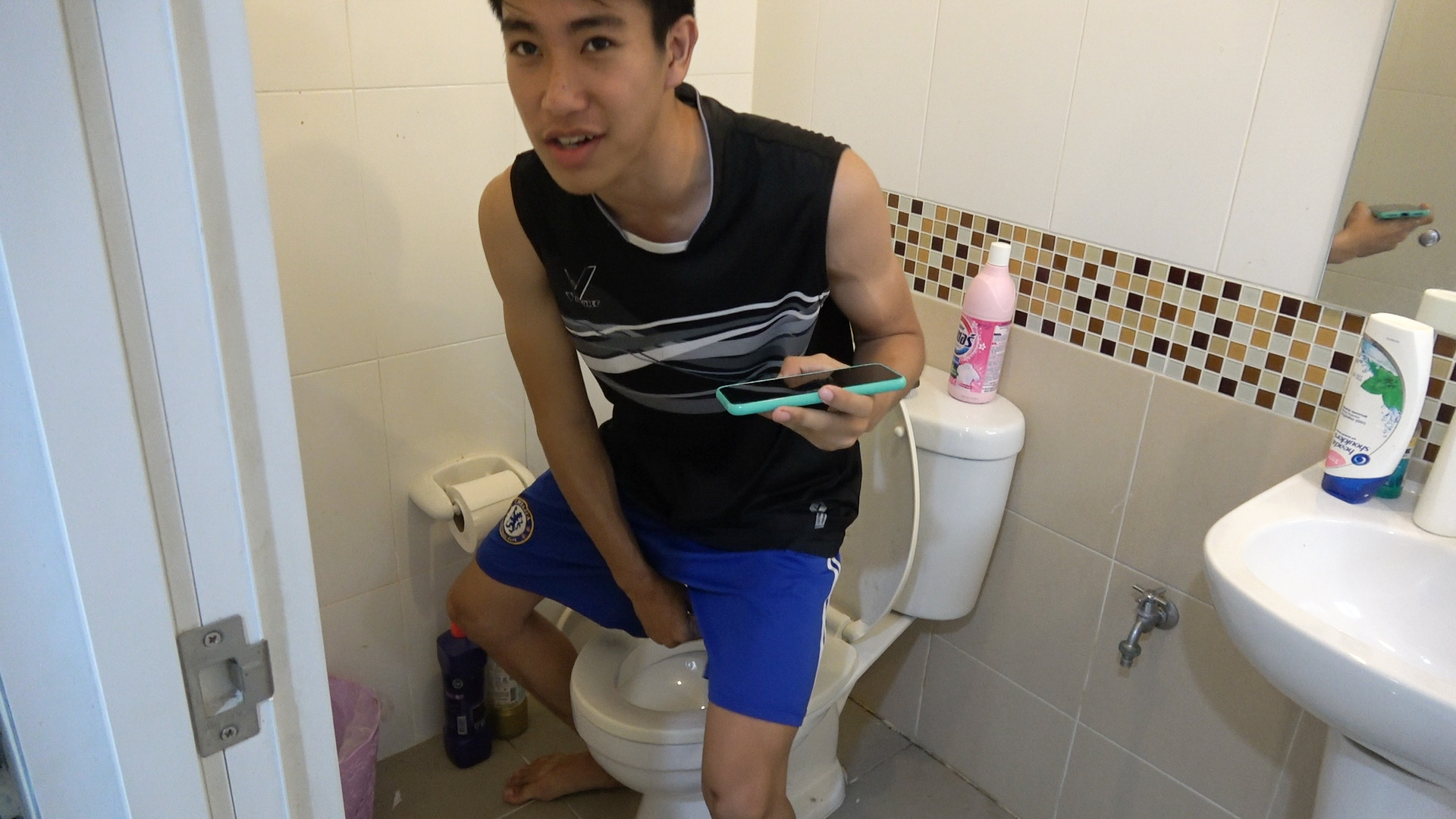 The latest research shows that around 5.4m snake bites were inflicted on humans globally last year – while 10 years ago the figure was sometimes as low as 1.2m a year.

The World Health Organisation is now calling the attacks "arguably the world's biggest hidden health crisis", with one person dying from a bite every four minutes.

Somewhere between 81,000 and 138,000 people die annually from snake strikes after falling prey.

And around 400,000 more are left seriously disfigured as the venomous bites can result in the need for amputation and cause paralysis, kidney or liver failure and fatal bleeding. 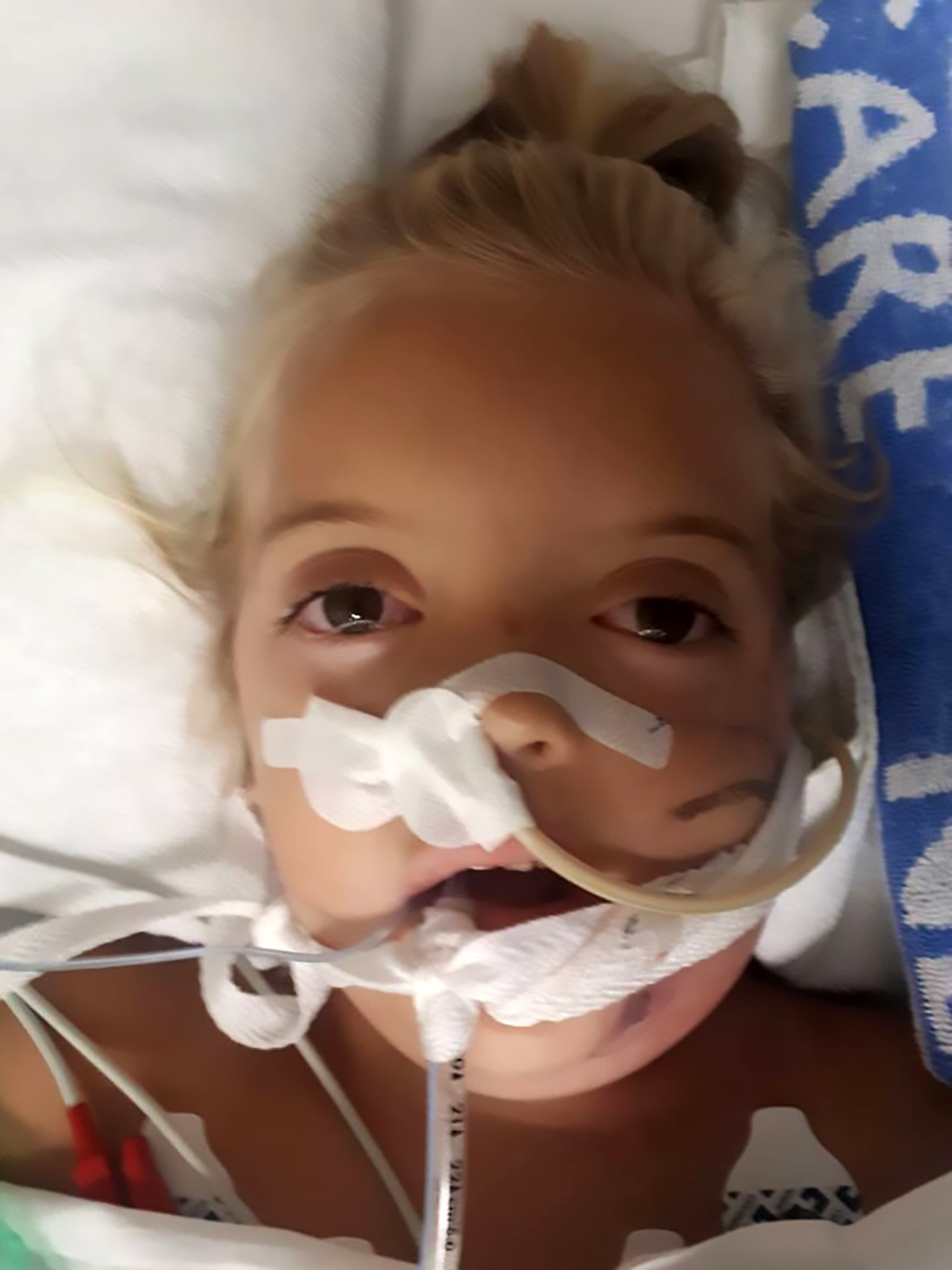 In some parts of Africa, less than two per cent of people have access to the right antivenom needed to survive.

While most attacks occur in poor, rural communities in less economically developed countries, the reptiles are increasingly popping up in the most unexpected of places in more modern cities – door frames, gardens and toilet bowls, as poor Siraphop found out.

In 2019, four-year-old Clifford Thompson almost lost his life when he was attacked by a 15ft scrub python that tried to drag him away from his father. 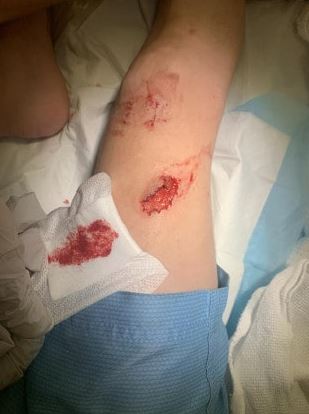 His dad Evan had just moved into his new house at Airlie Beach in north Queensland, Australia, and was hosting a housewarming party in the garden when the beast struck.

Evan repeatedly punched the snake until it let go and thankfully doctors were able to save his son’s life.

Snake attacks are less common in England but it is wrong to assume they never happen.

In July last year, three-year-old Lewis Wise was enjoying a family picnic at Lightwater Country Park in Surrey when he was bitten by an adder. 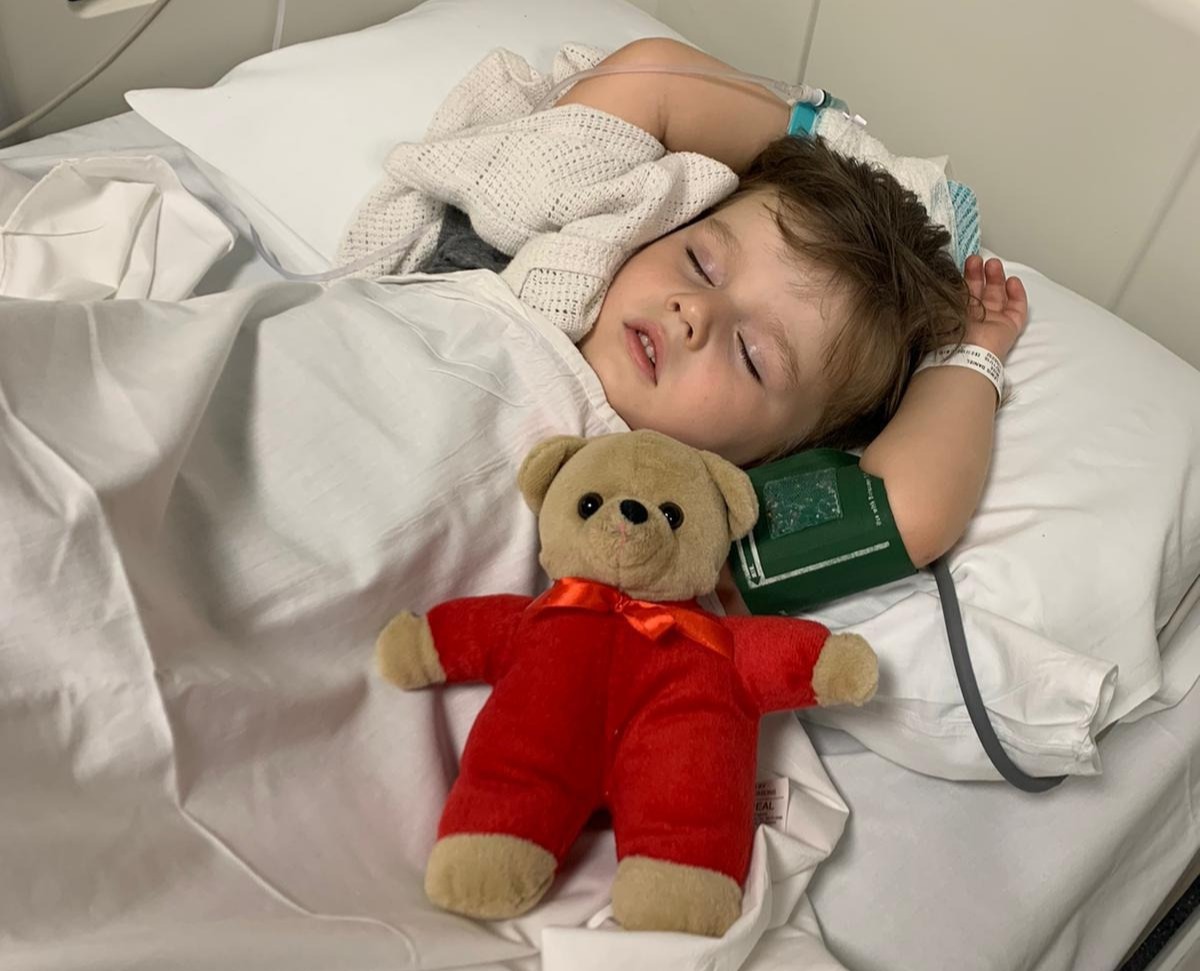 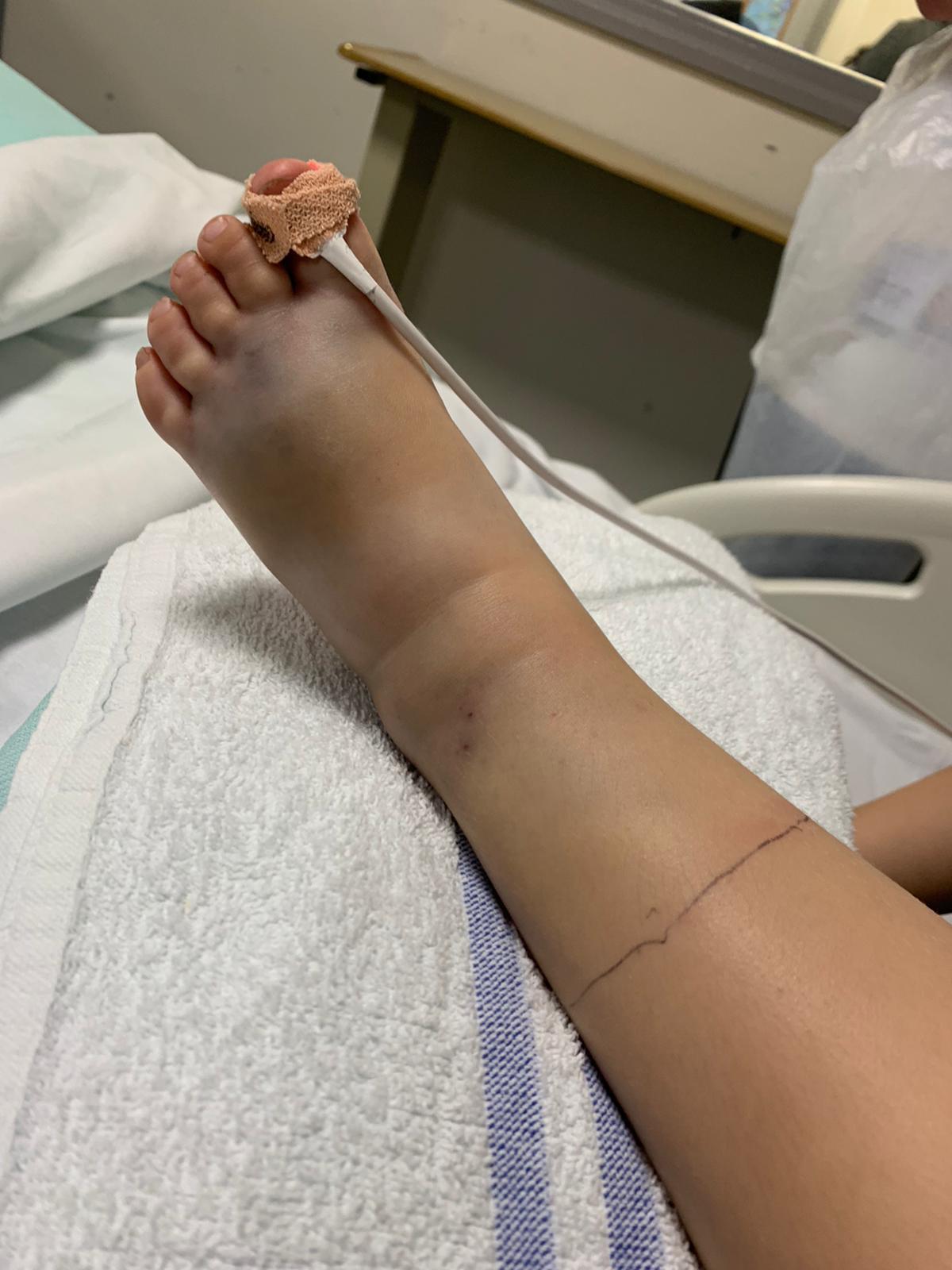 Dad Daniel, 39, said at the time: “He has been really brave but the swelling is so big, he can’t move at the moment.”

“We think he may have trod on it by accident and it latched onto his leg. It was instant and then he was in excruciating pain.

Adders are grey in colour and have distinctive dark zig zag markings down their back and their bites – while not normally deadly – are extremely painful. 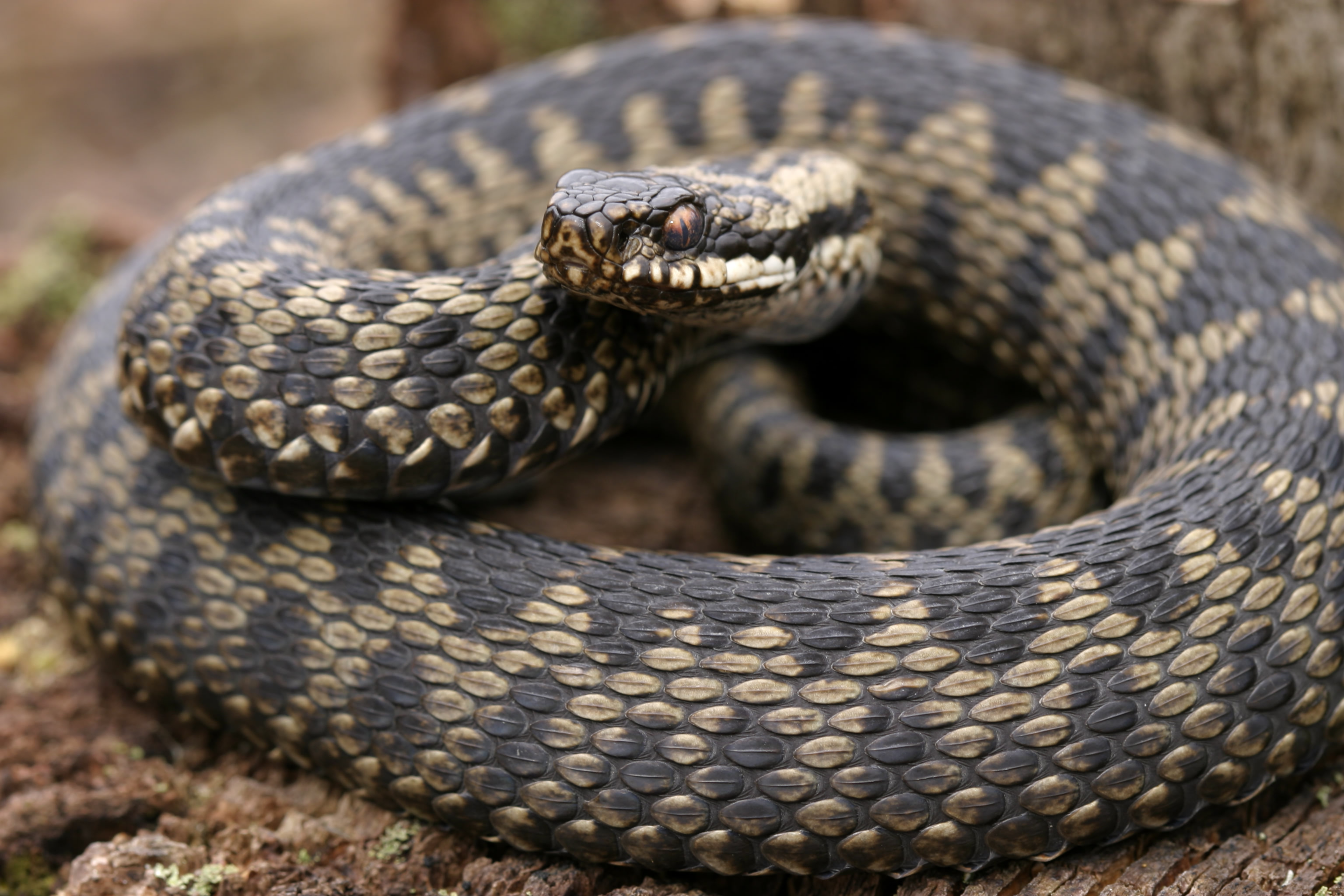 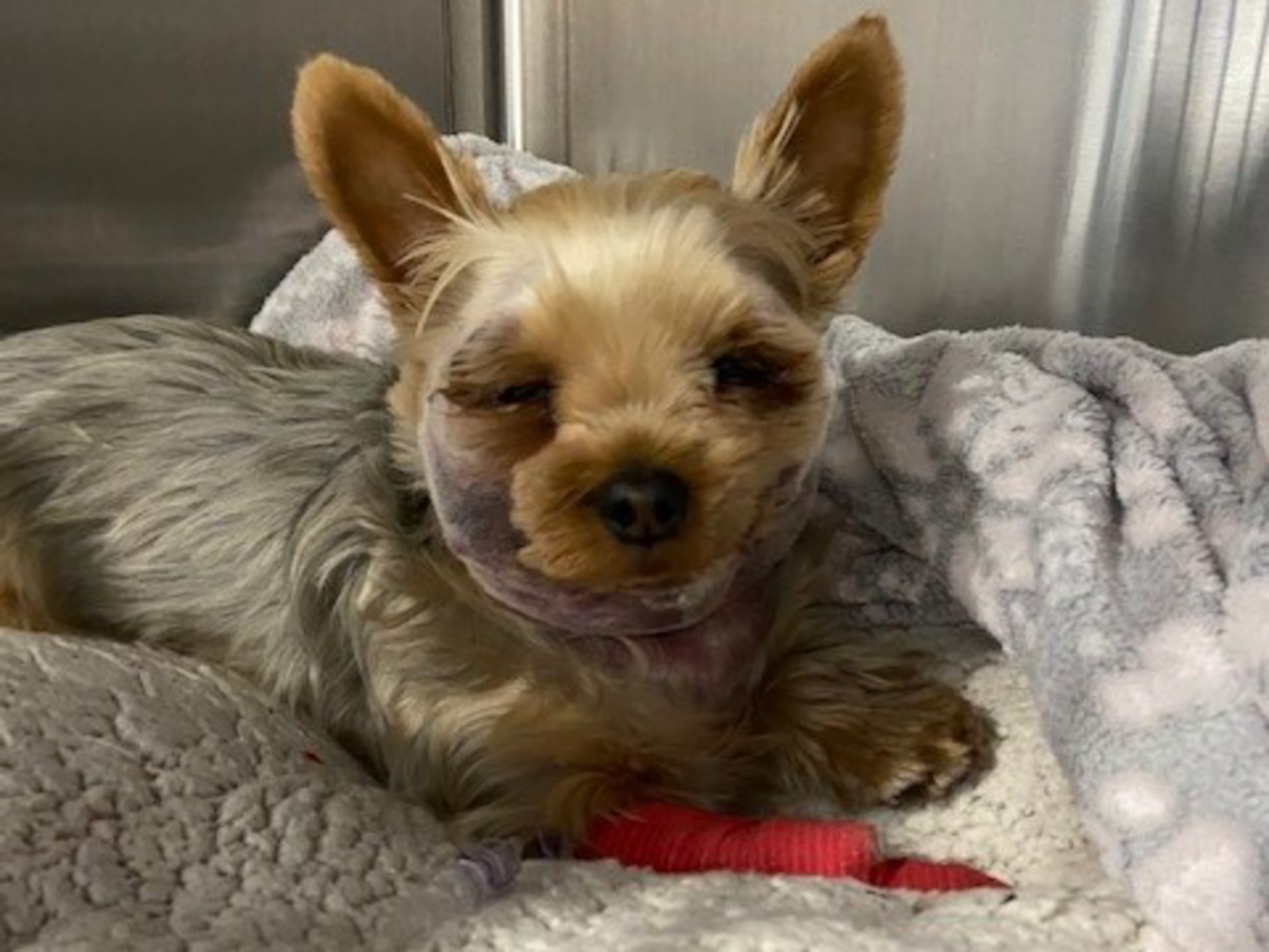 Speaking after an adder attack in Grimsby in 2019, a Lincolnshire Wildlife Trust spokesperson said the snakes are shy typically and on the decline in the UK but added: “Those that are most vulnerable are young children, the elderly and dogs.

"If you see an adder, don't approach it. Leave it be.”

It is the poisonous snakes you might bump into while on holiday overseas that cause the most concern, however.

Climate changes and extreme weather like heat waves, droughts and floods are forcing them to migrate – slithering to new territories – and experts say there is an urgent need to create new snake maps that show where they are calling home.

If the correct antivenom is not immediately available the results can be catastrophic.

One unnamed 13-year-old girl in Caracas, Venezuela, for instance, was not treated in time after being bitten by a Bothrops viper and so much tissue died as a result that her leg developed necrosis. 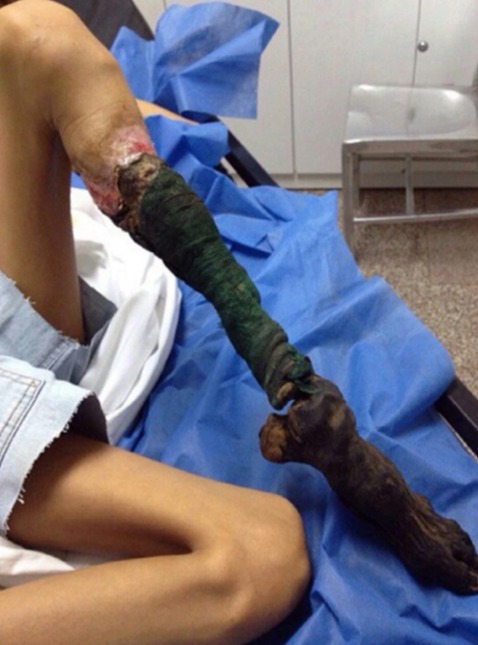 Doctors had no choice but to amputate before the poison spread further and killed her.

Vets in the US have even shared horrific pictures to show what a bite from a Sharp-nosed viper does to the human body.

Australian-based venomologist Dr Bryan Fry said after seeing the photos: "That type of snake has a venom that is extremely tissue destroying.

"The reason for this is that they kill their prey by haemorrhagic shock, where some parts of the venom damage the blood vessel walls, while other parts destroy the ability of the blood to clot, leading to a state of massive internal bleeding in a prey animal." 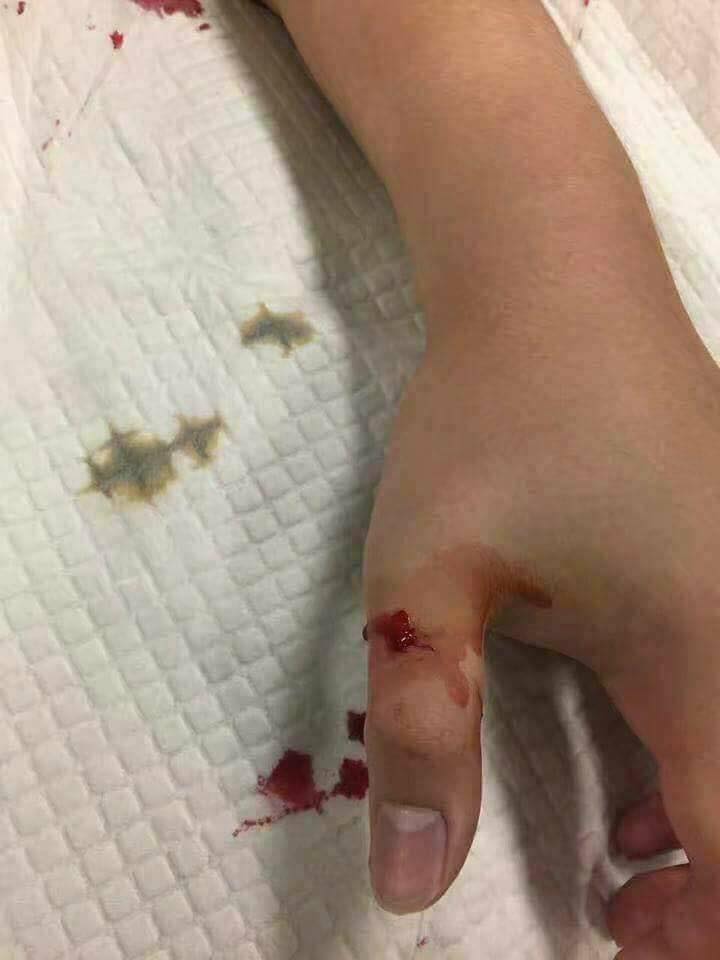 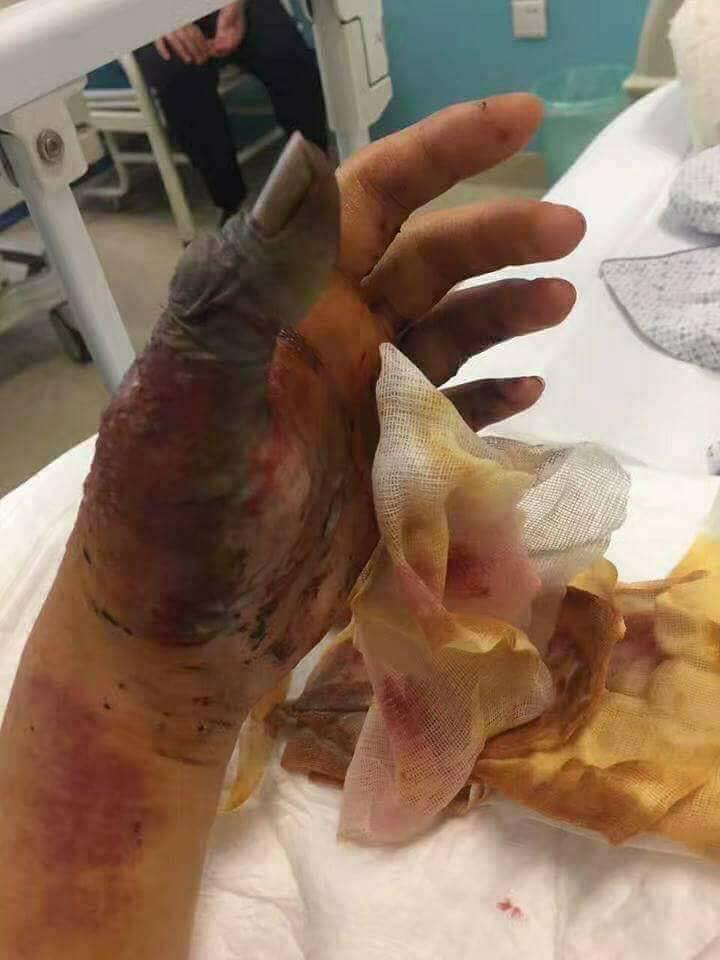 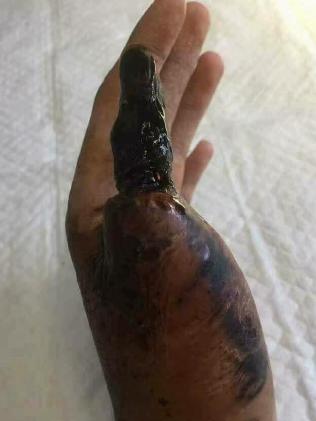 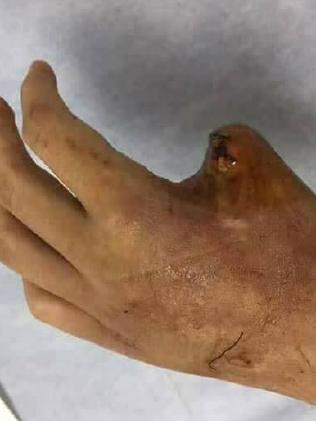 American Jerel Heywood was one of the lucky ones who survived a snake strike.

He was rushed to hospital in 2019 after a 5ft long snake darted out from above his friend’s front door and bit him on the face. 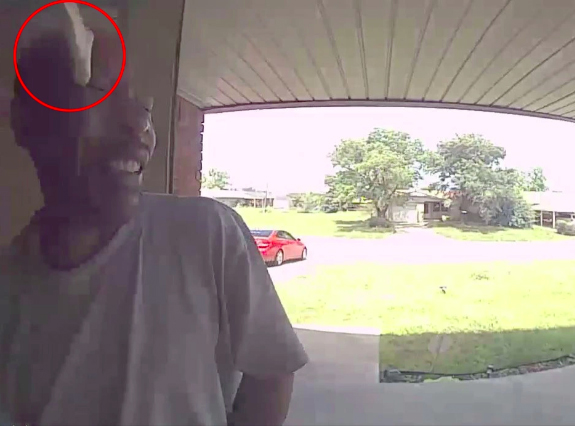 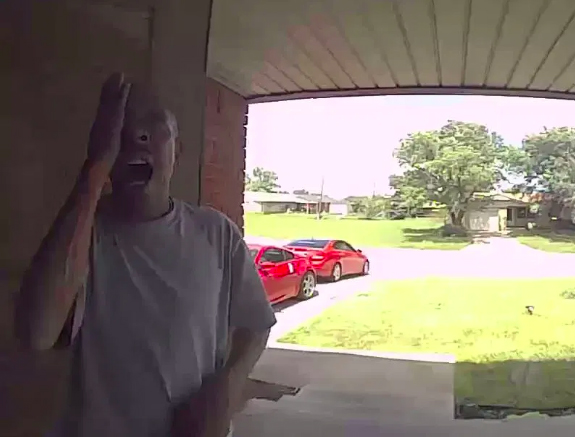 Locals in Lawton, Oklahoma, believe the serpent had wrapped itself around a porch light to take shelter from an earlier rainstorm.

Remarkably, the incident was caught on his pal’s doorbell camera and has gone viral on the internet. And while Jerel survived the snake was pummelled to death by a neighbour armed with a hammer.

"I was in shock," his friend Rodney Copeland said afterwards. “That could have been any of us.”

Also spare a thought for the drunk German stag party guest who thought he had spied a harmless worm while out partying in the Austrian Alps last year.

The man, who has not been named, was suddenly bitten on the tongue by the poisonous reptile.

The 38-year-old was treated by mountain rescuers at the scene but then had to be rushed 40 miles to a remote provincial hospital in Wiener Neustadt, Austria, as his tongue continued to swell. 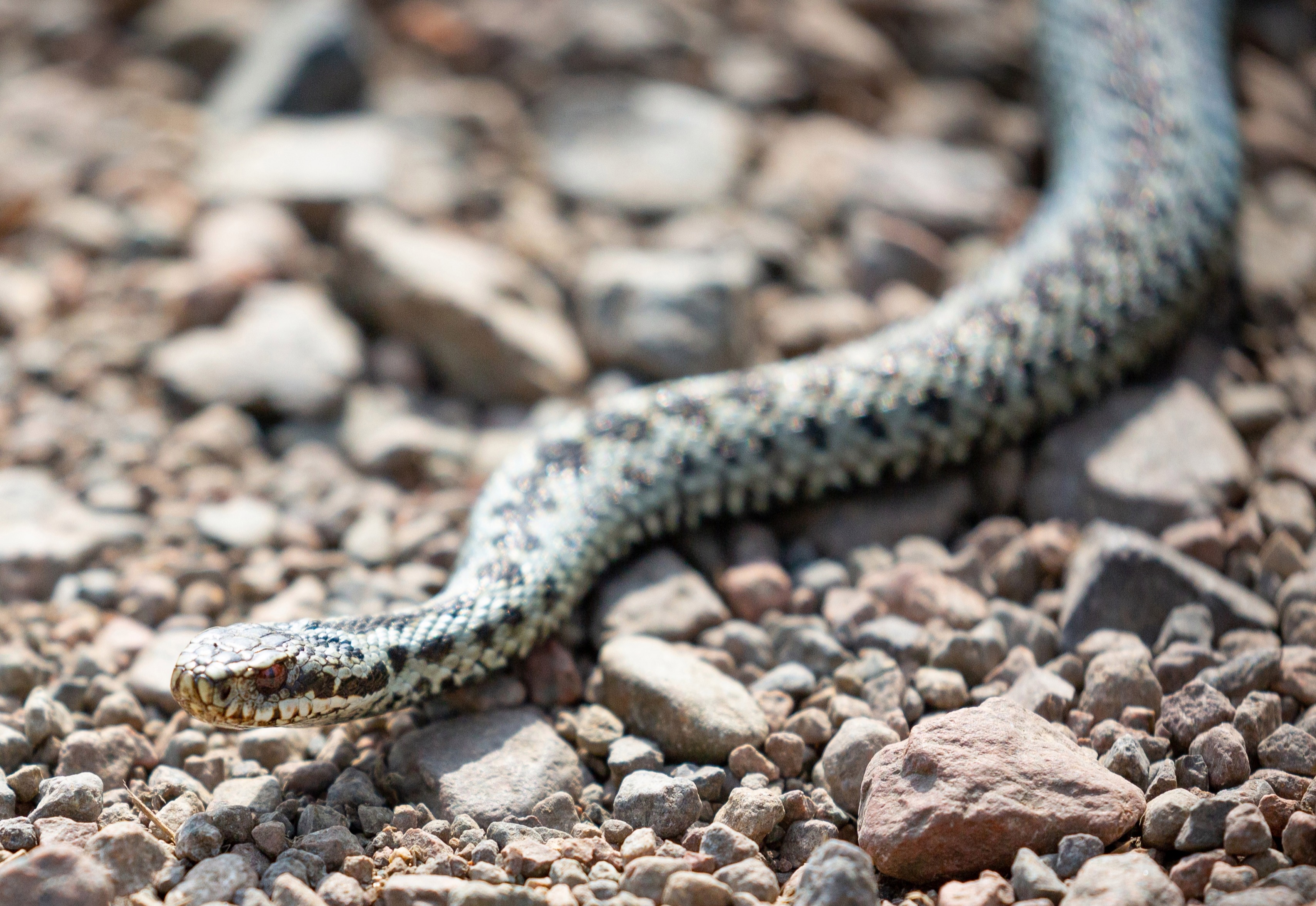 His ordeal was nothing, however, compared with a 46-year-old Indian man who was struck by a Levantine viper while answering a call of nature in 2015.

The snake’s venom also interfered with his blood’s ability to clot and he was close to death when doctors treated him in a hospital emergency room in Sringar in the northern state of Jammu and Kashmir. 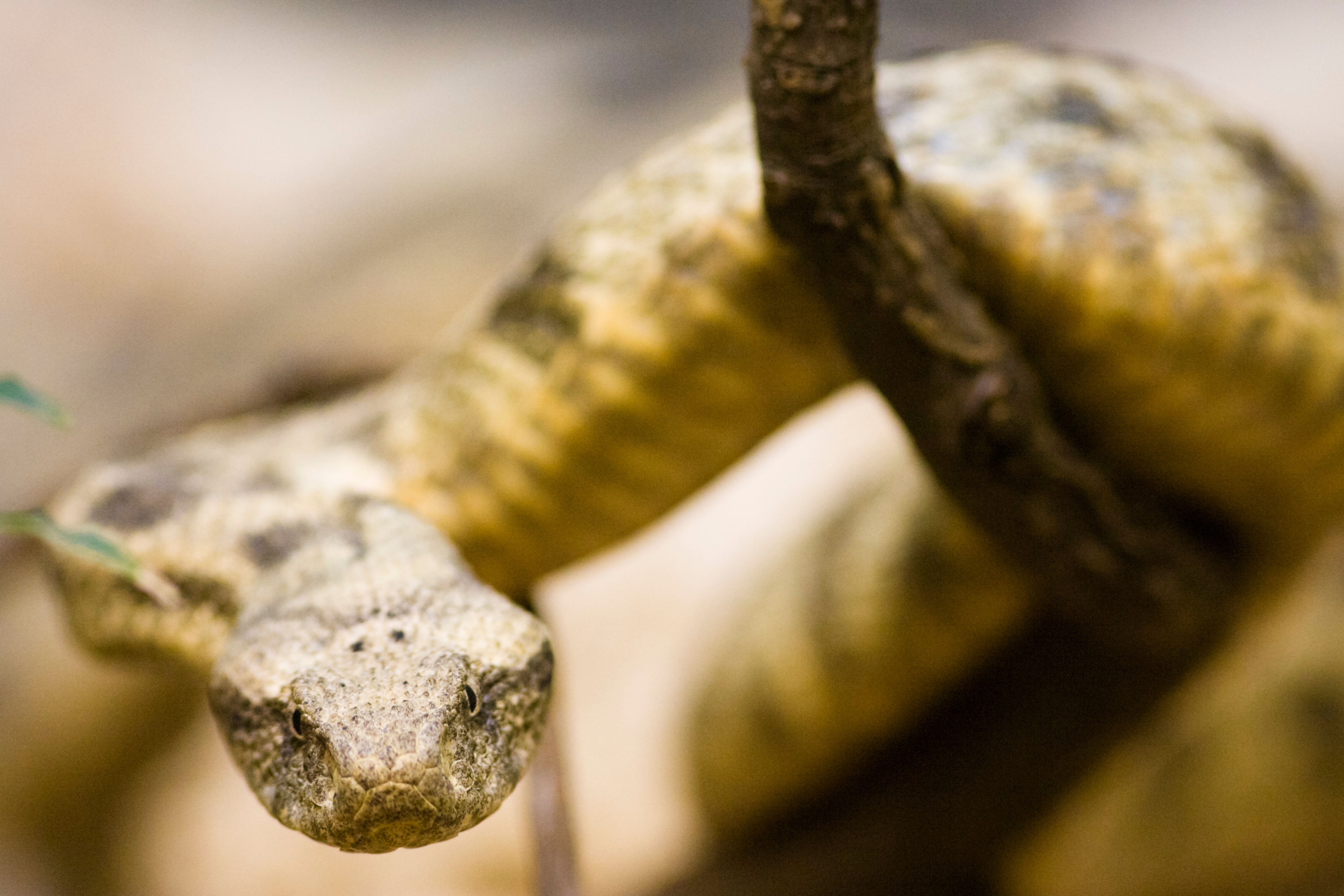 It took a few days for the penile swelling to subside and he was left with scabs of black, dead tissue where the blood-filled blisters had been.

Another terrifying attack took place in Texas in 2018.

Jennifer Sutcliffe and her husband Milo were gardening outside their home near Corpus Christi when they spotted a four-foot rattlesnake slithering towards them. 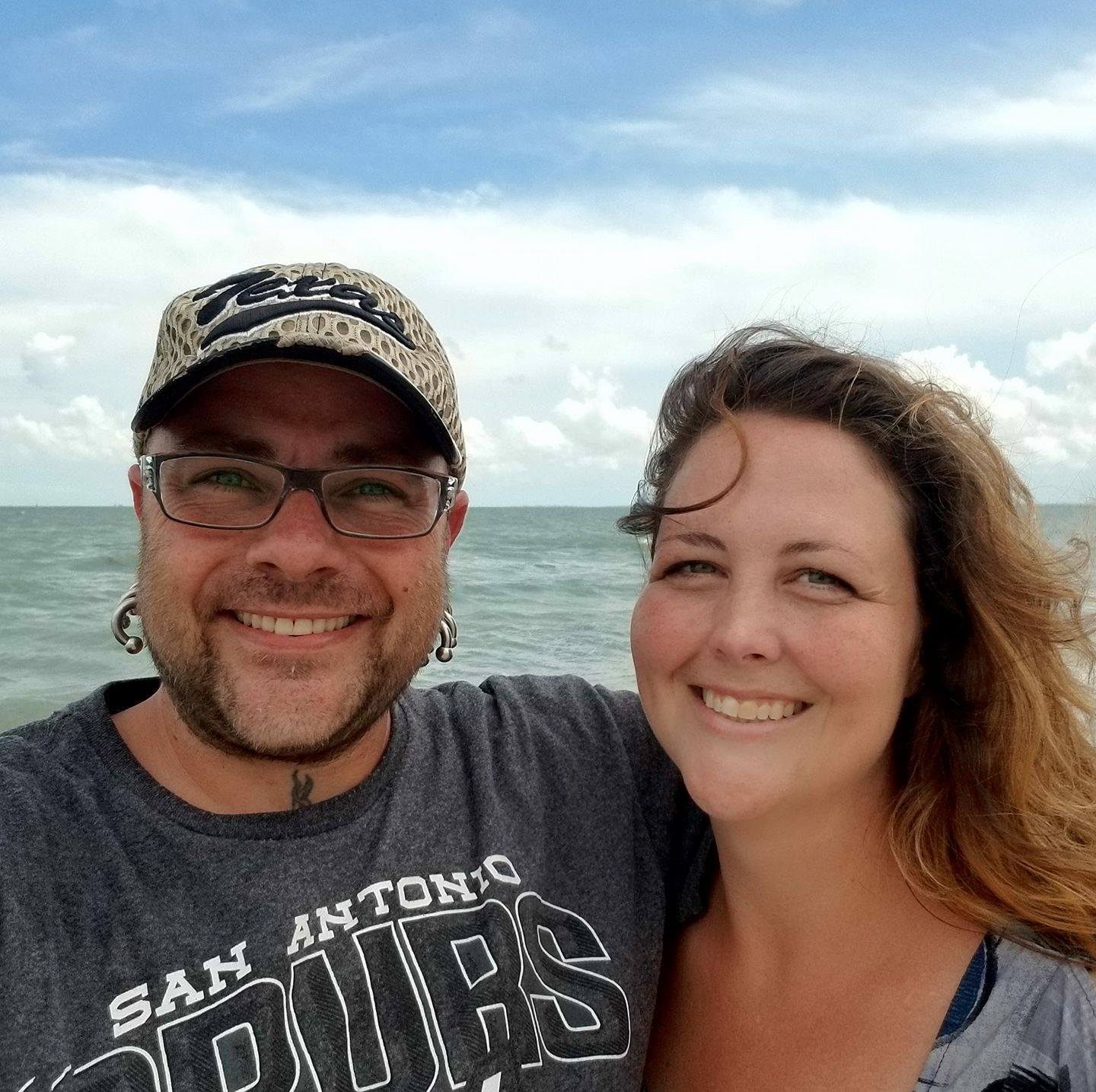 Showing no fear, her husband grabbed a shovel and beheaded the snake.

But when he then bent down to dispose of the reptile, its severed head leapt up and sunk its teeth into his skin, discharging a full load of venom.

This was because snakes can still retaliate for a few seconds after they have been killed.

The man began having seizures, lost his vision, suffered internal bleeding and had to be airlifted to the hospital.

Once there, doctors administered massive amounts of the antivenom CroFab as they battled to keep him alive. A week later he was stable but with weakened kidney function. 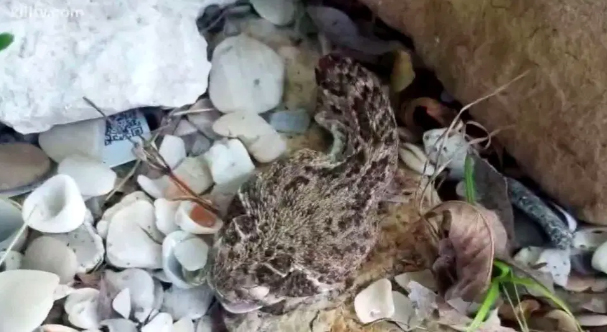 Russian snake expert Arslan Valeev decided to live stream being bitten by a Black Mamba after breaking up with his wife Ekaterina ‘Katya’ Pyatyzhkina in 2017.

“Pass on to Katya that I loved her very much,” he told his audience while moving his hand towards the camera. 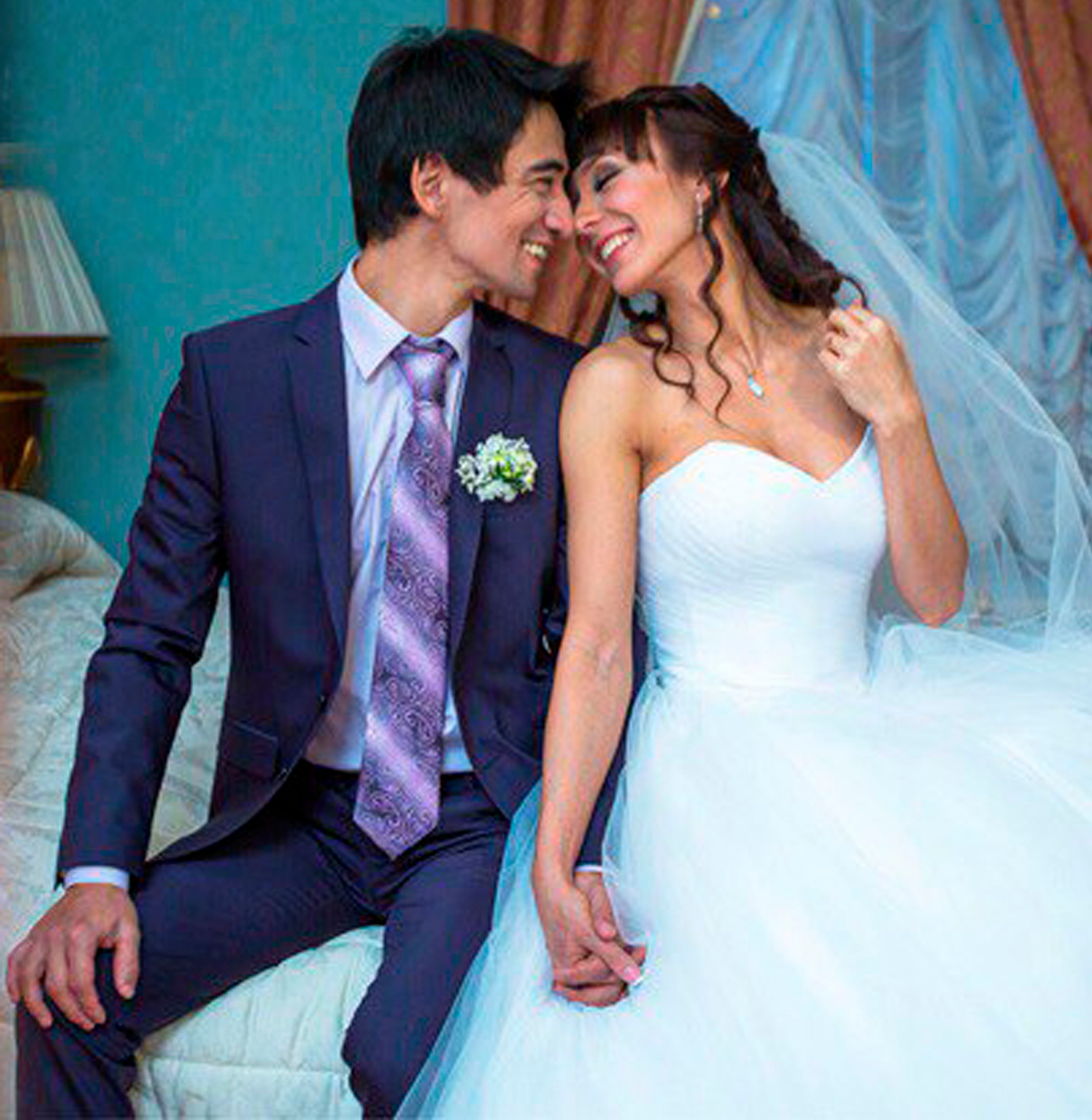 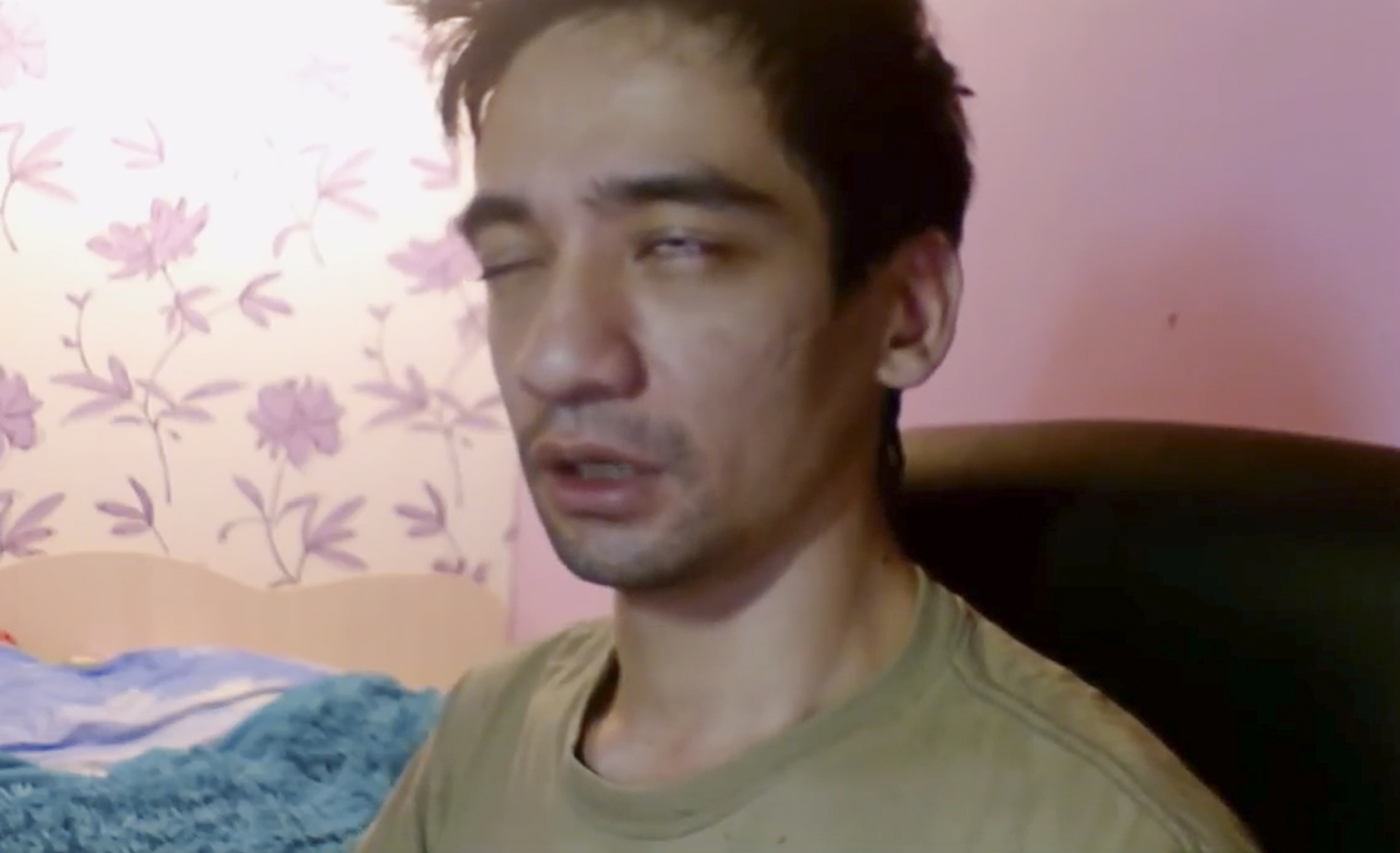 “Beautiful, isn’t it? Oh, damn, how it… Bye to everyone… I can’t believe it is happening to me…”

Arslan apparently wanted to scare his ex but didn’t intend for the bite to be fatal.

The video shows his breath quickening and his bloodshot eyes starting to roll as he holds out his bleeding hands.

He was rushed to hospital but medics were unable to save him.