Mapping shows the gaps between Melbourne’s haves and have-nots 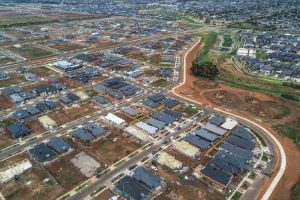 A new way of mapping inequality reveals the extent of the divide between the haves and have-nots in Melbourne, with access to jobs, education, and services unevenly spread by a factor of 10 in some places.

The new analysis scores suburbs on their “spatial wealth” by comparing education options and jobs within a 30-minute drive, as well as healthcare, social support and shopping access within a 15-minute walk.

The most geographically advantaged neighbourhoods in Melbourne have six times greater access to education, social support is 10 times more available and there are more than triple the number of jobs, on average in the best locations compared to the worst.

Shopping options for the top 20 per cent of suburbs in Melbourne are roughly three times greater than for those in the least advantaged areas.

Report author Matt Palmen, a director at Future State, a strategic advisory division of Urbis, said inequality was one of the most pressing issues facing society and its growth under the weight of COVID-19 threatened to entrench disadvantage and limit social mobility across generations.

“Spacial inequality has been a problem since before Whitlam pointed it out in 1972 when he said ‘increasingly, a citizen’s real standard of living … (is) determined not by his income, not by the hours he works, but by where he lives’,” Mr Palmen said.

“Since then the dial has not moved much, so we wanted to bring some robust metrics to focus on this issue. The way we measure things matters because often we look to solve issues to a single measure like GDP or a cost-benefit ratio and that doesn’t tell us anything about how it washes through society.” 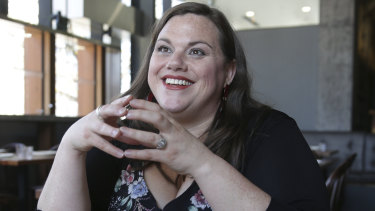 Dr Liz Allen says, “we live where we can afford, balanced against our lifestyle desires, so it’s not surprising that we see disadvantage or advantage cluster”. Credit:Photo: Alex Ellinghausen

Australian National University demographer Dr Liz Allen said redressing how much your postcode determines your access to opportunity is an urgent issue.

“Understanding the unequal distribution of health, education and employment offers vital insights into the existence and persistence of inequality,” Dr Allen said. 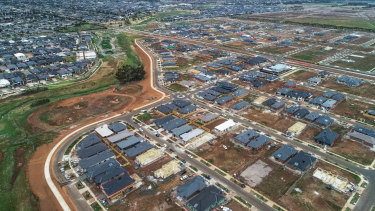 Tarneit in Melbourne’s west is among those at the lower end of the spatial wealth measures. Credit:Joe Armao

“Investing in equity-based provision of health and education is the first step, (but) politicians and policymakers lack the motivation to do anything meaningful in this space.”

Many politicians and policymakers tend to be “lucky Australians”, without lived experience of disadvantage, Dr Allen said.

“Australia needs more people with lived experience of disadvantage in positions of leadership and power to undo the entrenched mechanics driving inequality in Australia,” she said.

Last year, the top 20 per cent of Australian households earned, on average, six times more than the bottom 20 per cent. 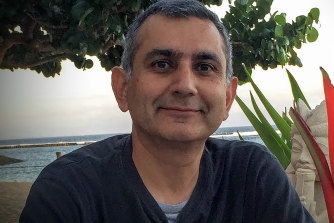 Awais Piracha, associate professor of urban planning at the University of Western Sydney.

Western Sydney University associate professor Awais Piracha, whose research focuses on disadvantage and discrimination in urban and transport planning said the report is “spot on” about unequal access to opportunity.

“There are other factors that determine access and wealth, including political and administrative power as well as natural factors such as urban heat islands and canopy cover, which are increasingly important,” Dr Piracha said. “And all these things are better in advantaged areas.”

Poor communities in outer and hotter areas are increasingly suffering from overdevelopment while affluent communities have the ability, influence, connections and power to avoid it, Dr Piracha added.

Recent policy and infrastructure measures, including the ‘Suburban Rail Loop’ in Melbourne will help shift some of the city’s geographic disparities, but more needs to be done, Mr Palmen said.