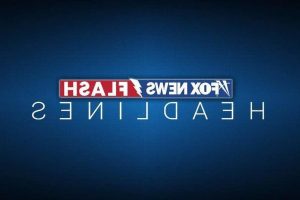 Lt. Col. Stuart Scheller, the outspoken Marine who went viral for criticizing military leadership during the U.S. exit from Afghanistan, is being charged with six crimes after his release from the brig.

Scheller will face a misdemeanor-level special court martial for his viral videos that blasted both civilian and military leadership.

The charges were referred on Wednesday to court martial by Maj. Gen. Julian D. Alford, one day after Scheller was released from the pre-trial confinement for violating an agreement to remain off of social media.

Scheller was fired from his command at one of Camp Lejeune’s infantry training battalions after posting the videos to Facebook and LinkedIn after the bombing bombing at Hamid Karzai International Airport took the lives of 13 U.S. service members.

The Marine Corps contends that members should use their chain of command to voice concerns, not publicly criticize leadership on social media.

But many have defended Scheller as his case winds its way through military courts, which has helped the outspoken officer raise funds through the Pipe Hitter Foundation.

The Pipe Hitter Foundation, run by former Navy SEAL Eddie Gallagher after he faced a court martial in 2019 over allegations of war crimes, has contributed funds to Scheller’s legal defense.

Scheller has also been defended by his parents, who say he was only demanding accountability from military leaders.

“All our son did is ask the questions that everybody was asking themselves, but they were too scared to speak out loud,” Scheller’s father, Stu Scheller Sr., told Task & Purpose last week. “He was asking for accountability. In fact, I think he even asked for an apology that we made mistakes, but they couldn’t do that, which is mind-blowing.”