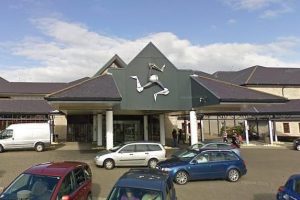 Dr Humair Nasim discussed lewd sexual acts with the LGBT co-worker and asked if she ‘would ever be with a man again’.

In other instances, Dr Nasim approached one colleague in his flat with an erection before kissing her. He told another he had ‘permission’ to have sex outside of marriage, a tribunal heard.

He abused his position of power by behaving inappropriately towards three younger women, including telling one she was ‘the type of woman he would go for in his day’.

Dr Nasim, who was based at Noble’s Hospital on the Isle of Man, was suspended for 12 months by a Medical Practitioners Tribunal. 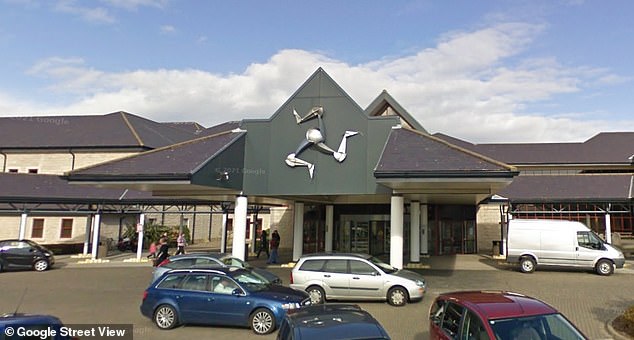 The tribunal heard Dr Nasim behaved inappropriately towards three of his colleagues while working as a Locum Associate Specialist in General and Colorectal Surgery at Noble’s Hospital in the Isle of Man between August 2018 and November 2019.

All three colleagues – named only as Ms A, Ms B, and Ms C – were all junior colleagues of Dr Nasim within the same hospital.

Dr Nasim told Ms A, who is a single mother, that he was ‘available to fulfil any sexual needs’ that she might have, and that in ‘his culture,’ it was ‘ok’ to be with another woman when married.

The tribunal heard that on several occasions, the doctor invited another woman, Ms B, out on dates, and asked her multiple questions about her relationship with her girlfriend.

Ms B told the tribunal: ‘It seemed he was trying to involve my partner because I said I was loyal to her. I remember definitely making it clear to him by answering no to that request.’

Dr Nasim denied making such a request and told the tribunal he had in fact suggested taking Ms B and her partner ‘for a meal’.

The tribunal heard the doctor also ‘pursued’ Ms C, telling her she ‘looked nice,’ and asking her for tea, making reference to the offer of an ‘Indian head massage’.

The tribunal found that Dr Nasim had ‘engineered’ an opportunity to secure Ms C’s presence in his flat alone with him when he invited her to attend his on-site staff accommodation for a work-related purpose in late 2018.

When she arrived, Dr Nasim asked her whether she was in a relationship.

He told the woman he was ‘allowed to have sex outside of his marriage,’ and that she looked like the ‘type of woman he would go for in his day and still would’.

Then, Dr Nasim had sat down next to the woman with a ‘visible erection,’ before leaning towards her and trying to kiss her on the lips.

When she turned away, he kissed her on the cheek, before saying ‘kiss me once and you will see’.

Ms C told the tribunal: ‘I find it difficult to talk about this incident because I felt so violated.’

Some time after leaving the Isle of Man, Dr Nasim contacted the woman on WhatsApp to ask her ‘does anyone [at the hospital] miss me?’

The tribunal concluded: ‘Dr Nasim had abused his position of trust as a senior professional colleague with all three women and disrespected them in pursuit of sexual gratification.’

Dr Nasim qualified as a doctor in 1991 at the University of Punjab, Pakistan.