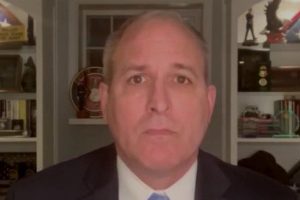 Mexican border agents and police broke up a caravan of hundreds of migrants Sunday who had set out from southernmost Mexico — the fourth such caravan officials have raided in recent days.

The group of about 800 — largely Central Americans, Haitians, Venezuelans, and Cubans — had spent then night at a basketball court near Huixtla, some 40 kilometers (25 miles) up the road from the border city of Tapachula where they had been kept awaiting processing by Mexican immigration officials.

But shortly before dawn, immigration agents backed by police with anti-riot gear went into the crowd, pushing many into trucks.

Hundreds of the migrants escaped running toward a river and hid in the vegetation.

“They began to hit me all over,” a woman said amid tears, alleging that police also beat her husband and pulled one of her daughters from her arms. 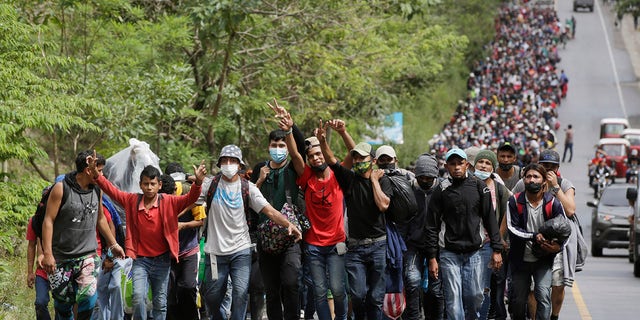 EL FLORIDO, GUATEMALA – JANUARY 16: Migrants enter Guatemala after breaking a police barricade at the border checkpoint on January 16, 2021 in El Florido, Guatemala. The caravan departed from Honduras to walk across Guatemala and Mexico to eventually reach the United States. Central Americans expect to receive asylum and most Hondurans decided to migrate after being hit by recent hurricanes Eta and Iota. Honduras recently asked to U.S. to extend their Temporary Protected Status. (Photo by Josue Decavele/Getty Images)
(Getty Images)

“Until they give me my daughter, I’m not leaving,” she told an Associated Press camera crew. But immigration agents surrounded the woman, her husband, and other child and detained them.

The group was at least the fourth to be broken up over the past week after heading out in a caravan north.

The government has insisted that excessive force against a Haitian migrant caught on camera the past weekend was an aberration and two immigration agents were suspended.

Mexico has faced immigration pressures from the north, south, and within its own borders in recent weeks as thousands of migrants have crossed its southern border, the United States has sent thousands more back from the north and a U.S. court has ordered the Biden administration to renew a policy of making asylum seekers wait in Mexico for long periods of time.

President Andrés Manuel López Obrador said Thursday the strategy of containing migrants in the south was untenable on its own and more investment is needed in the region to keep Central Americans from leaving their homes.

Thousands of mostly Haitian migrants stuck in Tapachula have increasingly protested in recent weeks. Many have been waiting there for months, some up to a year, for asylum requests to be processed.

Mexico’s refugee agency has been overwhelmed. So far this year, more than 77,000 people have applied for protected status in Mexico, 55,000 of those in Tapachula, where shelters are full.

Unable to work legally and frustrated by the delay and poor conditions, hundreds have set out north.