Mother-of-one, 23, is jailed for four years for killing baby 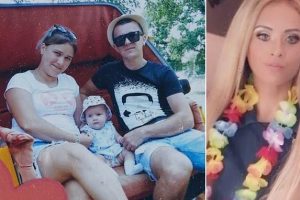 ‘Everywhere we look there are memories of her’: Grieving parents tell of heartache as mother-of-one, 23, is jailed for four years for killing their six-month-old baby when she ploughed into their car in drunken car crash 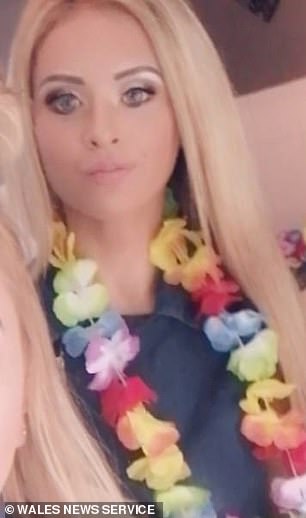 Lucy Dyer, 23, was behind the wheel of a BMW when she smashed into a family car and killed six-month-old Eva Maria Nichifor

The grieving parents of a six-month-old baby who was killed in a drunken car crash have described how their lives were ‘torn apart’ after their daughter’s death.

Lucy Dyer, 23, was behind the wheel of a BMW when she smashed into the family car carrying Eva Maria Nichifor in Llanelli, South Wales in a 20mph zone last month.

The six-month-old was taken to University Hospital Wales in Cardiff, for surgery but had suffered a brain stem injury.

She was put on life support but was pronounced dead at around 2pm the following day.

Dyer admitted drink-driving and causing death by dangerous driving at a crossroads in the town.

Today, Eva’s parents Florin and Carmen, who had been living in Llanelli but have now returned to their native Romania, paid tribute to their daughter and said ‘everywhere we look there are memories of her’.

A victim impact statement, which was read on behalf of Eva’s mother Carmen, said: ‘We came to this country to ensure a better life for my family and it ended up tearing it apart.

‘In the house where we live we can’t see it without thinking of little Eva.

‘Everywhere we look there are memories of her. The house is empty without her. We want justice for our baby because she was taken away too soon’.

Last month Eva’s parents said they had been left ‘distraught’ by their loss as they described their daughter as ‘a gift from God’. 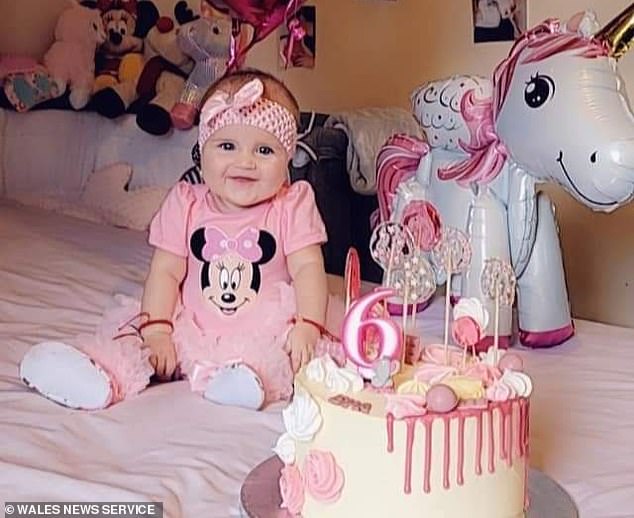 Eva Maria Nichifor was taken to University Hospital Wales, Cardiff, for surgery but had suffered a brain stem injury

They said: ‘We are distraught by our loss. Eva Maria, only six months old, will be missed by us all.

‘She was our miracle, our perfect baby girl, a gift from God. She will always be in our hearts.

‘We would like to thank everyone for their support at this horrific time. It has meant so much to the whole family. We would now like time to grieve and would ask to be given privacy in which to do so.’

Dyer, who has a four-year-old autistic son, was sentenced just five weeks after the tragedy – and has been in custody ever since for her own protection.

After the tragedy, the words ‘Rot in Hell you Scum’ were daubed on her front door along with dog excrement. She also had threats on social media.

Today, Dyer told the court the ‘guilt will stay forever’ and that she would ‘never intentionally harm any child’ as she was sentenced.

Dyer said: ‘I would like to say how truly sorry I am to the family in their tragic loss. I am truly heartbroken and devastated. The guilt will stay forever.

‘If I had the power to turn the clock back I would. I can’t imagine all the pain that the family are going through.

The mother-of-one, of Llanelli, Carmarthenshire, admitted drink-driving and causing death by dangerous driving at crossroads in the town.

Swansea Crown Court heard Dyer and a relative had been marking the anniversary of her father’s death by drinking in the Carwyn James pub in the town before heading home at 9pm.

As she left the pub she downed a drink when being told by door staff she couldn’t leave with the glass she was holding.

Prosecutor Carina Hughes said: ‘She had been drinking where she was described as ‘merry’ and ‘boisterous’.

‘Witnesses say she was driving at speed. The junction had clear markings and road markings. She was observed entering Heol Goffa without even braking or giving way and she collided with the Vauxhall Vectra, causing it to rotate.

‘The BMW continued in motion and mounted the pavement, before rolling backwards and hitting a lamppost causing it to bend.

‘The impact caused the child’s mother to exit the car holding her baby screaming of help’. 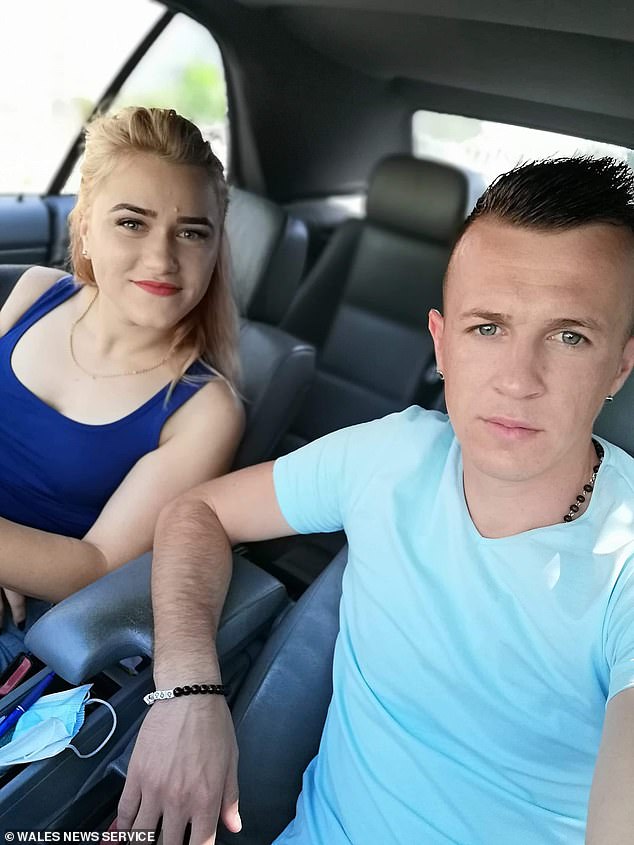 Eva’s parents Florin and Carmen – who originate from Romania but now live in Llanelli, Carmarthenshire – described their daughter as ‘our miracle’ 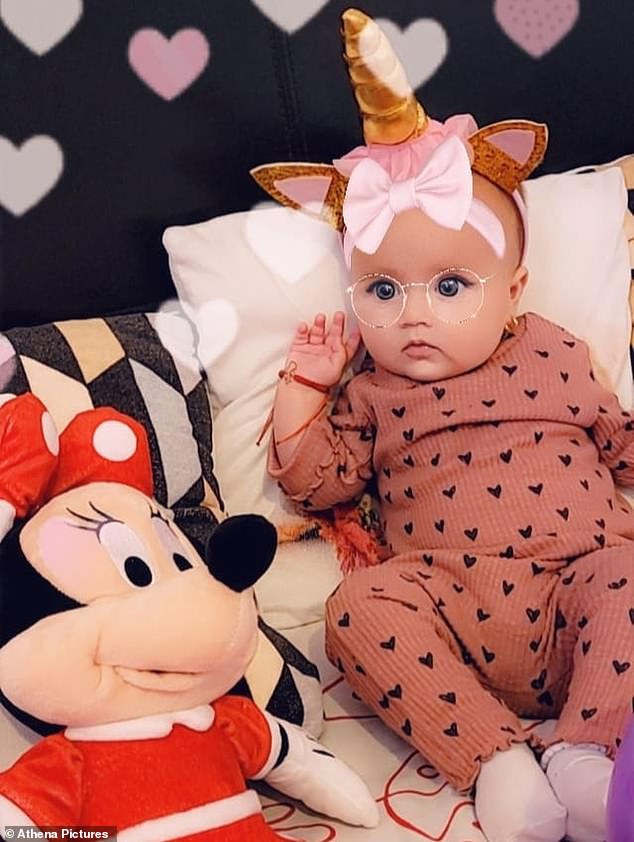 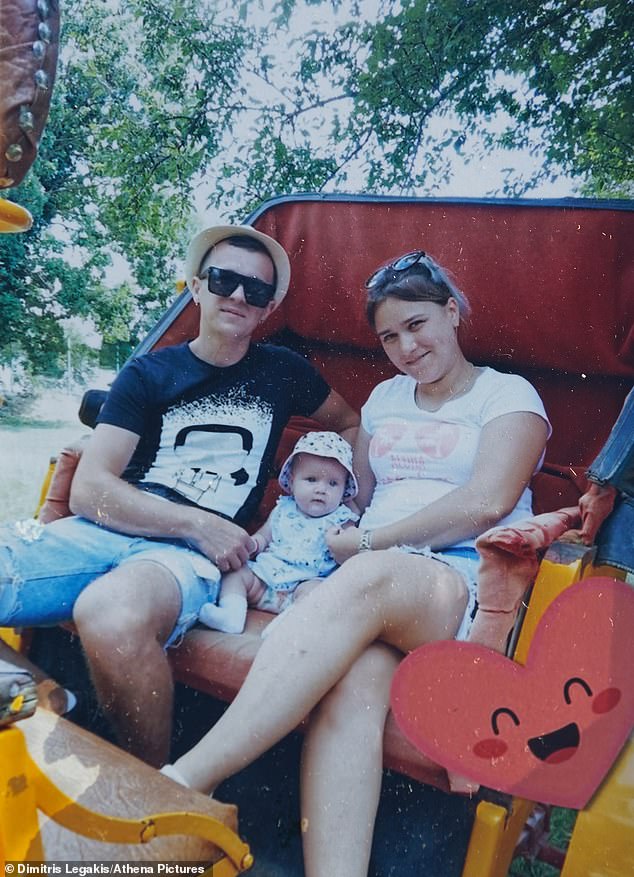 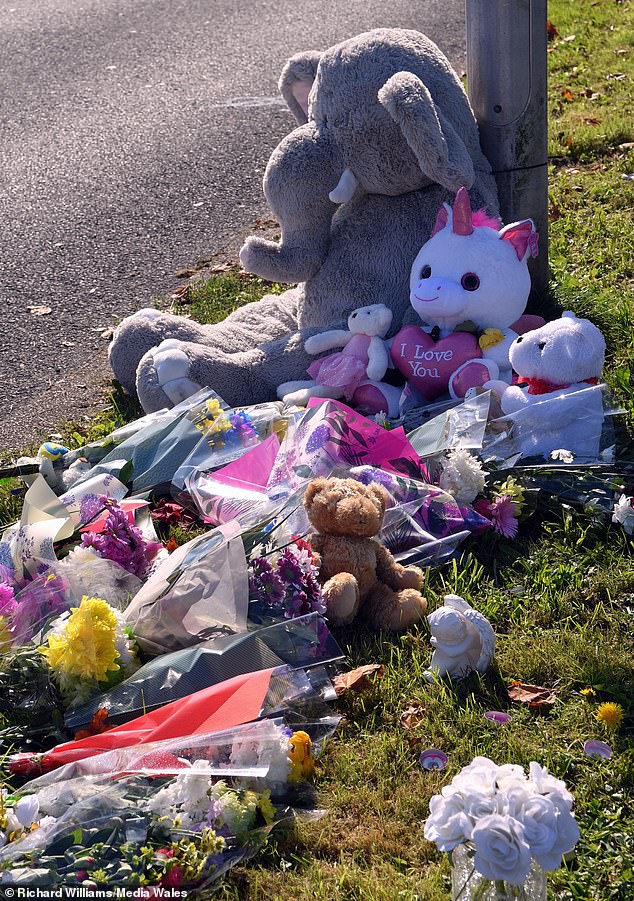 ‘A tragic irony is she had gone out because it was the anniversary of her father’s death and a friend had taken her out to take her mind off that.

‘She had a few drinks and made the terrible decision to get back in the car.. She made the decision I think many people have in the past that she was ok to drive and she obviously was not.

‘It is clear her remorse and she is devastated and it will stay with her forever. She can’t imagine the pain the family are going thought and she acknowledges that pain and says she is truly sorry’.

After the case Emma Myles, of the Crown Prosecution Service, said: ‘This is a heart-breaking case which has had a profound impact on everyone involved in it.

‘The life of a baby was ended when it had barely begun but, for the short and precious time that she was with them, Eva Maria was the apple of her parents’ eye, and her loss is immeasurable. Our thoughts are with Eva Maria’s family.

‘Lucy Dyer, who is herself a mother, will have to live with the consequences of her actions that night for the rest of her life.’

A fundraising page has raised over £9,000 for the heartbroken parents. 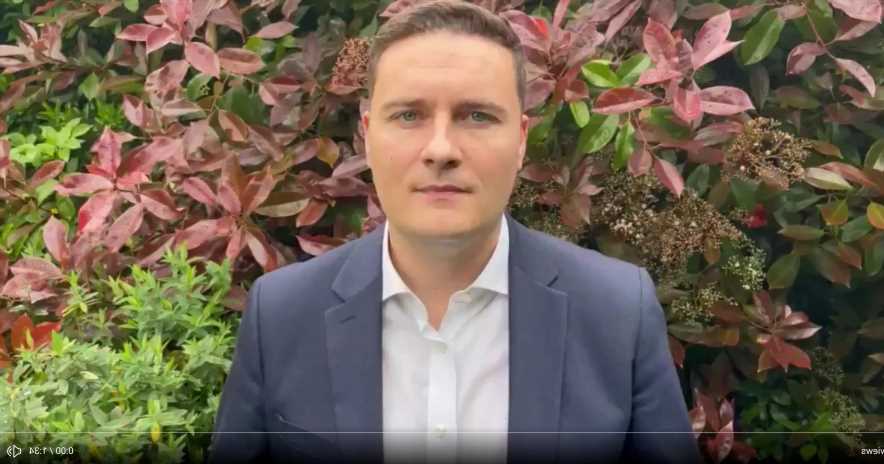