MTA asks city for more cops after surge in attacks on workers, riders 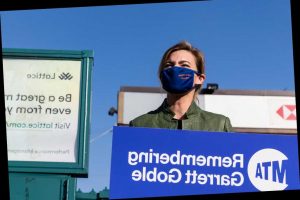 The MTA is asking Mayor Bill de Blasio for more cops to be stationed on subways and buses after a rash of attacks on transit workers and riders.

“It is crucial that those who consider committing crimes see a uniformed presence in the system,” interim transit boss Sarah Feinberg wrote in a Jan. 5 letter to the mayor, which was obtained by The Post.

“In a best case, this provides a measure of deterrence, but, failing that, it helps ensure a swifter response.”

Feinberg’s letter cited a string of recent violent incidents — including several attacks on workers, multiple straphangers shoved onto the tracks and a series of assaults against women at a subway station in Brooklyn.

“In some recent cases, good Samaritans have taken it upon themselves to pursue and restrains perpetrators until police arrived,” she wrote, referencing a heroic passenger who stepped in to stop an assault on a female bus driver in the Bronx over the weekend.

“I know you agree that, while we are grateful for their actions, this is extremely dangerous.”

“There is no doubt the city can better serve the vulnerable homeless and mentally ill population by connecting them with trained professionals, instead of forcing bystanders to call 911, which inevitably results in repetitive police action – the individuals are ejected from the system only to return the moment police leave,” she wrote.

New York’s subways were hit by spikes in robberies and burglaries in 2020, despite fewer people riding the rails amid the COVID-19 pandemic. Through the first 11 months of the year, there were as many murders and rapes — six apiece — compared to 2019, according to NYPD stats.

Feinberg has repeatedly asked for more NYPD cops to patrol the transit system, and over the summer criticized the department for reassigning transit cops during and after the city’s George Floyd protests.

In her letter, Feinberg called adding police to the system a “preventative approach.”

With fewer cops on patrol, the MTA contracted its own security guards “to act as additional eyes and ears in our system,” she wrote.

A City Hall spokesman said all transit cops have been restored to their posts in the subway network.

“NYPD Transit is back at full capacity,” said the spokesman, Mitch Schwartz.

“We’re reviewing the letter, and we’ll continue to work closely with the MTA to keep New Yorkers safe on mass transit.”