A MAN has told how his female boss complained that his work trousers were "too revealing" – but he insists this photo proves his apparent "bulge" is non-existent.

The employee was called into his manager's office and told he would no longer "be allowed" to wear a pair of beige chinos after they were deemed "inappropriate." 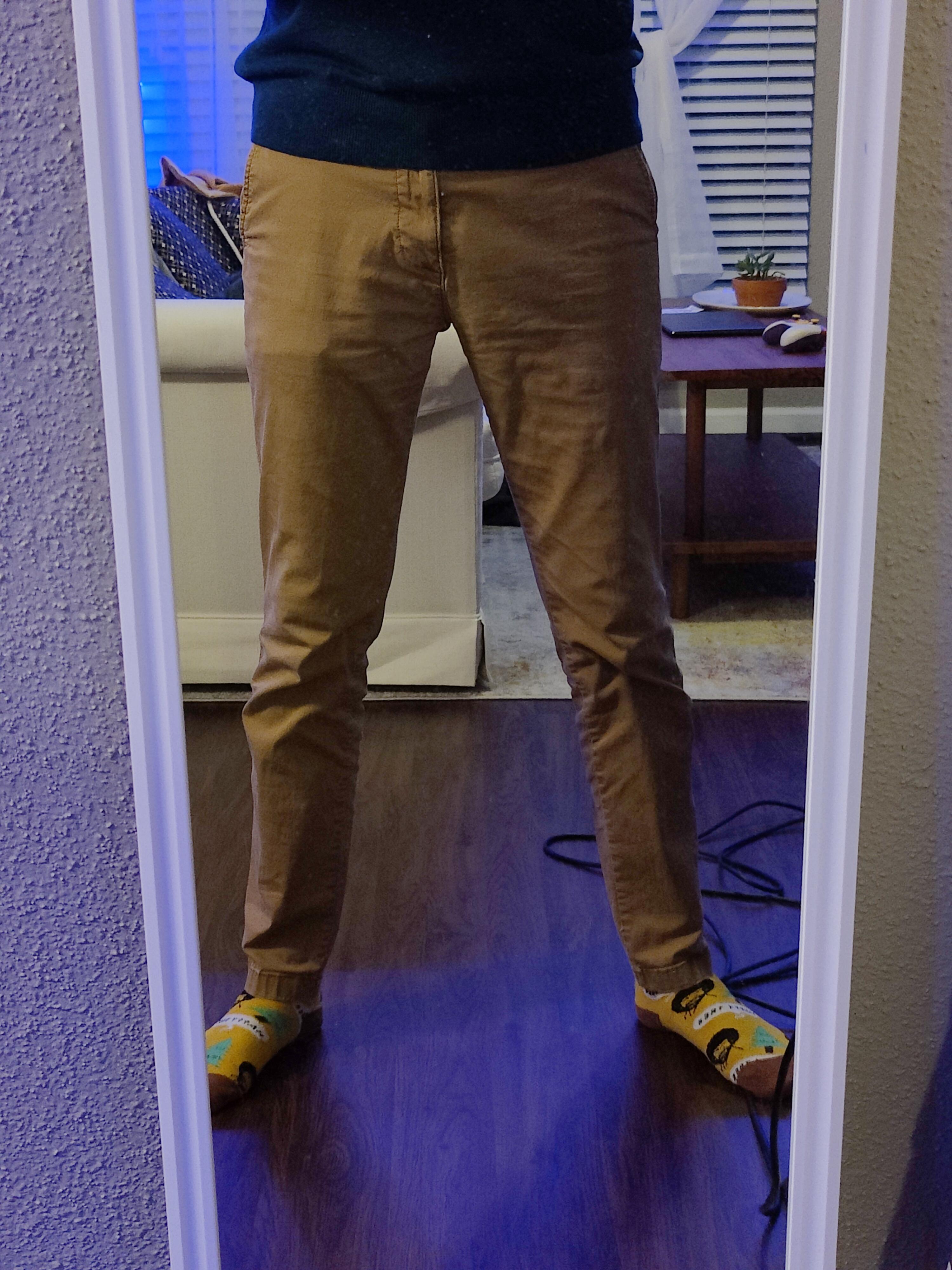 Speaking on Reddit, he said: "I wear normal pants to work.

"Our dress code is business casual, and I have gotten myself sized by a reputable tailor.

"All my slacks and chinos are from normal brands you'd find at Macy's and are normal/relaxed fit."

He claims he was told he had to wear something "less revealing".

He added: "However yesterday my boss called me into her office and told me I would no longer be allowed to wear the pants I normally wear to the office and would have to wear something 'less revealing'.

"Apparently, my 'bulge' is inappropriate for the workplace. I have a normally-size penis.

"I actually measured it to make sure I wasn't crazy, and I'm pretty close to the US average.

"Would a woman with large breasts be told she can't wear anything but baggy clothes?"

"Would she be told by her boss that she must wear nothing but restrictive sports bras to work?

"I doubt it, especially in my work place where women two seats down from me wear far more provocative clothing that my slacks.

When the man asked his boss what he should wear instead, he claims that she said he should "go buy something looser or get a bigger size."

"I'm not rebuying my entire collection of work pants!" he added.

"And while I'm aware that women have been told to 'cover up' quite a bit in the workplace I'm not dismissing that.

"I'm just highlighting the very visible double standard of bodily expression in my own workplace."

And meanwhile, another horrified employee said their boss walks around naked in his underwear and has even been spotted naked.

The hard-pressed staffer posted about his boss' strange behaviours also on Reddit – begging subscribers for help.

Posting on r/bossfromhell, the sales rep wrote: "My boss, the ceo of the company is traveling with me.

"At the guest houses we stay at he constantly walks around in his jockey underwear and mostly when he showers (there is always a separate bathroom where he can change, that's what I do) he would open the door and then wrap himself in the towel.

"If I don't leave the room he would change in front of me. I have already seen him naked and it's disturbing.