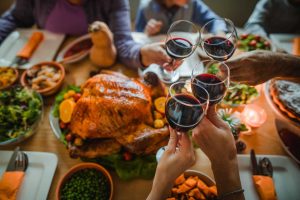 A MAN has told how he quit his job after his boss told him he would have to work Thanksgiving on five hours' notice.

The brave worker stood up to his boss in a text exchange after he was told they were short-staffed. 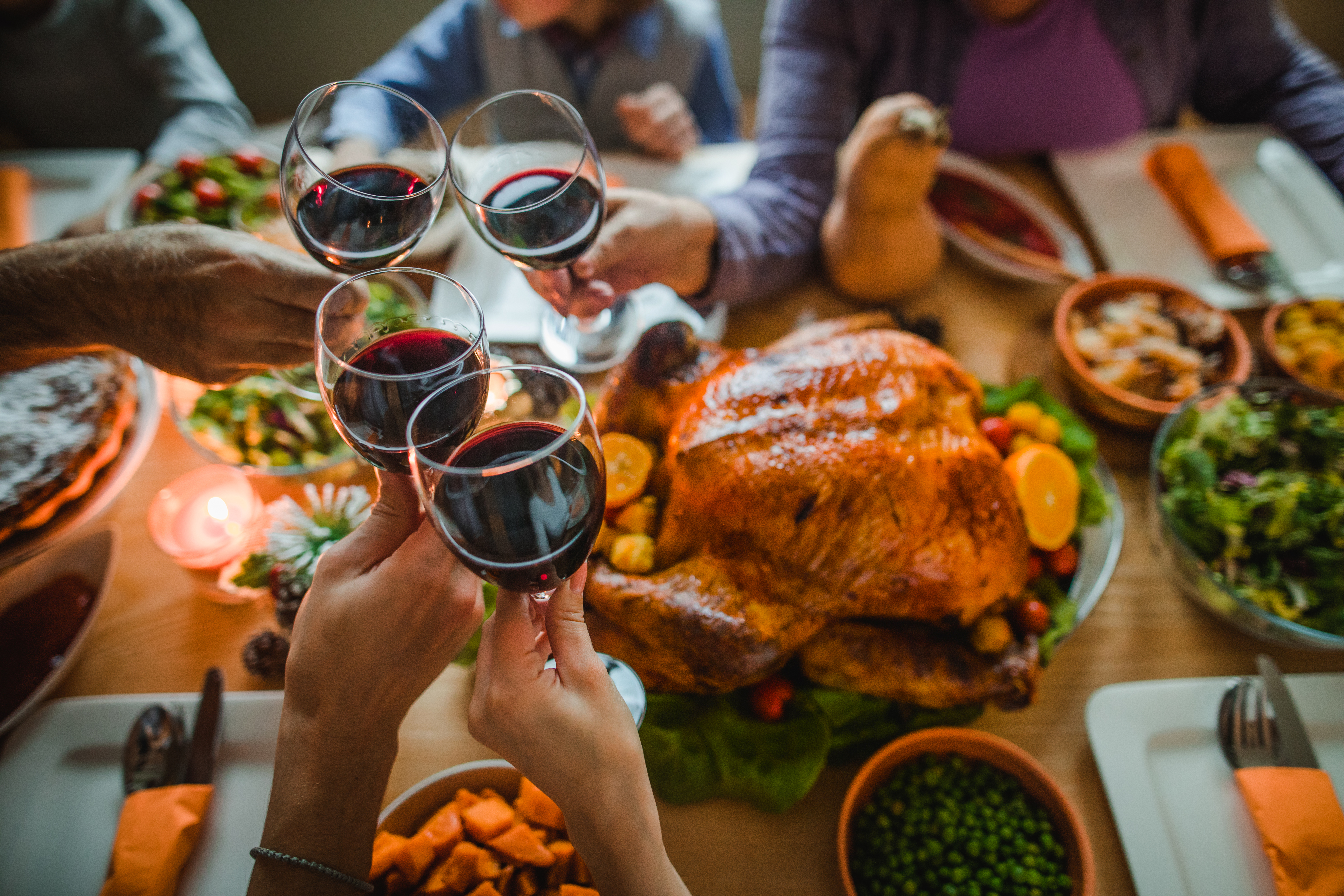 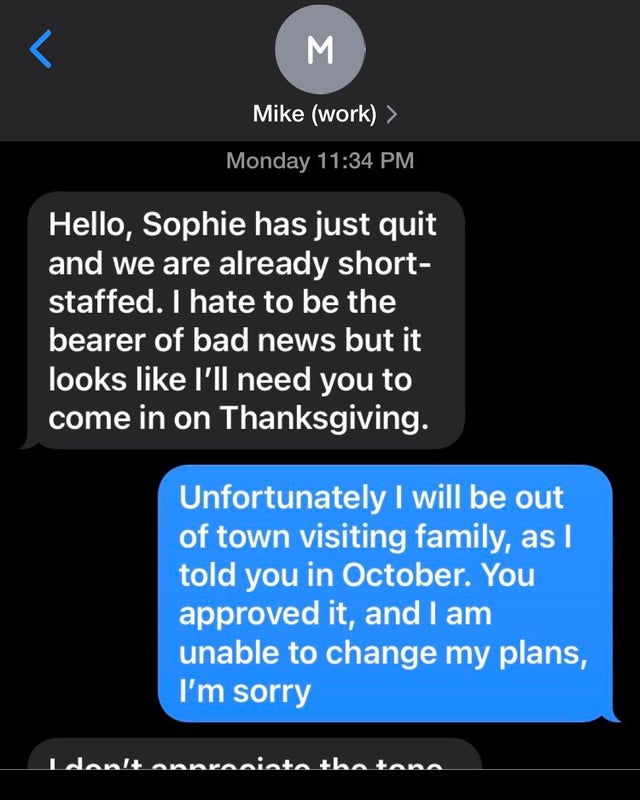 He has now gained support from thousands of Reddit users after he posted the conversation on the website.

He posted the screenshots saying: “Finally decided I’d had enough of my P.O.S. boss on Monday, & damn did it feel good.”

The exchange began when his boss, Mike, wrote: “Hello, Sophie has just quit and we are already short-staffed.

“I hate to be the bearer of bad news but it looks like I’ll need you to come in on Thanksgiving.”

The worker, who had long made plans for the national holiday, immediately put his foot down at the request.

He wrote: “Unfortunately I will be out of town visiting family, as I told you in October.

“You approved it, and I am unable to change my plans, I’m sorry.”

But his boss did not back down, snapping back with a stern reply.

They said: “I don’t appreciate the tone. We had enough staff in October and what I said no longer applies. Again I apologize but I’ll need you here for Thanksgiving.”

The staff member then replied: “That won’t be happening. Speak to me like that again and you’ll be really short-staffed.”

His boss then replied with further threats, saying: “You’re about to get yourself into some big trouble.

“Cooperate or you may find yourself here on Christmas as well. Got it?”

Finally, the worker had enough and decided the job was not worth it.

They said: “Yeah I’m not sure how I put up with your sh*t for almost a year. I quit. Good luck finding someone though!”

On Reddit, social media users rushed to give their two cents, with the majority of commenters agreeing with what he had done.

One wrote: “Let’s be honest. The employer probably would have asked OP to work on Christmas no matter if they agreed to work thanksgiving or not.”

Another said: “I thought the tone was fairly respectful considering they wanted you to come in on a previously agreed upon off day.”

The staff member replied: “What’s ironic is he has the worst “tone” speaking to his employees out of any boss I’ve ever had.

“One time he literally emailed everyone that he was taking a week's vacation during our busiest time of year the day before he left because he “needed a break from all of us”. It’s insane looking back now.”