S&P Dow Jones Indices said it was removing India’s Adani Ports and Special Economic Zone Ltd from its sustainability index due to the firm’s business ties with Myanmar’s military which is accused of human rights abuses after a coup this year.

The company, which is building a $290 million port in Yangon on land leased from the military-backed Myanmar Economic Corporation (MEC), did not immediately respond to a Reuters emailed request for comment.

Adani Group said late last month it would consult authorities and stakeholders on the project after human rights groups reported that its ports unit had an agreement to pay millions of dollars in rent to MEC. 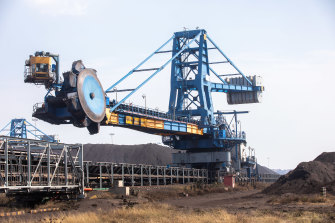 Adani is paying rent to an entity associated with the Myanmar military.Credit:Cameron Laird

The military coup on February 1 and ensuing crackdown on protests has killed some 700 people, drawing international condemnation including sanctions last month from the United States and Britain on MEC and another military-controlled conglomerate, Myanmar Economic Holdings Public Company Ltd (MEHL).

US Secretary of State Antony Blinken said the sanctions were imposed to promote “accountability for the coup and the abhorrent violence and other abuses”.

Adani Ports would be removed from the index prior to the open on Thursday, S&P Dow Jones Indices said in a statement.

The decision was hailed by activists.

“This shows that there are commercial consequences for Adani Ports and other businesses that continue to disregard their human rights responsibilities by financing the Myanmar military,” said Yadanar Maung, a representative for activist group Justice For Myanmar.

Shares in Adani Ports were down 1 per cent in early Tuesday trade. Its shares have in general been little affected by the Myanmar issue, having climbed some 40 per cent since February 1 but closed 5.4 per cent lower on Tuesday after the news.

Some international firms have moved to sever or review ties with Myanmar firms linked to the military.

Japanese drinks giant Kirin Holdings in February scrapped its beer alliance with MEHL while sources have said South Korean steelmaker POSCO has begun weighing how it could exit a joint venture with MEHL.