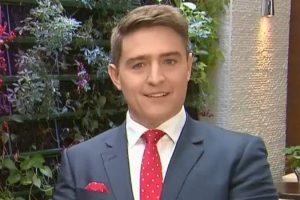 A Current Affair reporter Seb Costello has been summonsed to appear in court next month over allegations he assaulted a man and a woman in a laneway in Richmond earlier this year.

Costello, who formerly worked as a foreign correspondent in Europe, is accused of being involved in an altercation with the pair, aged in their early 20s, near Boyd Street about 9.30am on February 11. 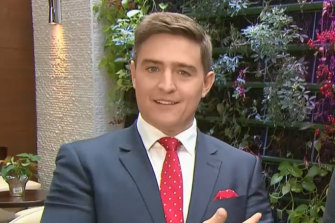 In a statement on Wednesday, Victoria Police said the 35-year-old would be charged with two counts of unlawful assault over the alleged incident. The force confirmed no one was injured in the altercation.

Costello is listed to appear at Collingwood’s Neighbourhood Justice Centre on September 28 for a mention hearing, where he will be represented by criminal lawyer Sam Norton from Stary Norton Halphen.

Costello, who works for Nine, the owner of this masthead, did not respond to requests for comment from The Age on Wednesday

He made headlines last week when a camera operator captured the moment former AFL agent Ricky Nixon appeared to hit the reporter in the face as he questioned him about his intravenous infusions business.

In the footage, shared online by A Current Affair, Costello can be heard asking Nixon: “What are these IV infusions about? How do you actually create skin brightening for somebody?”

Moments later, the footage captures Nixon turning around and striking the reporter in the face with his arm.