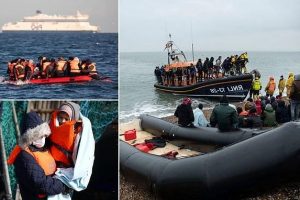 Number of migrants crossing Channel this year tops 16,000: Another 460 asylum seekers arrived in UK on small boats yesterday taking total for the week to 1,000

The number of people to reach the UK in small boats this year reached more than 16,000 after another 460 were intercepted in the English Channel on Saturday, according to government figures.

Yesterday’s figure is the highest number in one day recorded so far this year.

Twelve boats were picked up yesterday, July 30, carrying 460 people who had attempted to cross the channel to travel from France to the UK. This takes the weekly total to more than 1,000.

This is the largest number on any one day in some time, with 610 people making the dangerous crossing across the whole of last week.

Border Force staff are expecting a surge of attempts in August and September before sea conditions worsen into the winter. 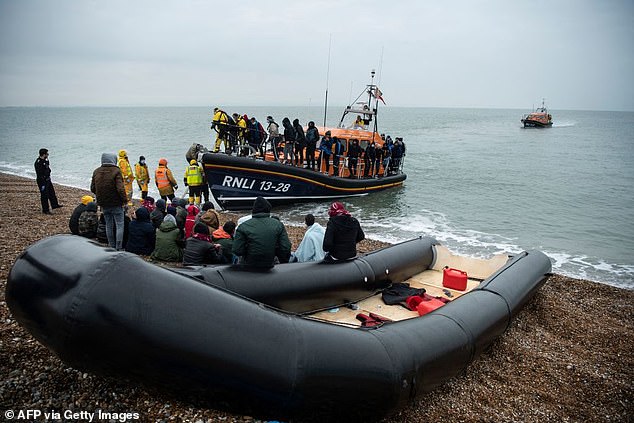 Twelve boats were picked up yesterday, July 30, carrying 460 people who had attempted to cross the channel to travel from France to the UK (stock image) 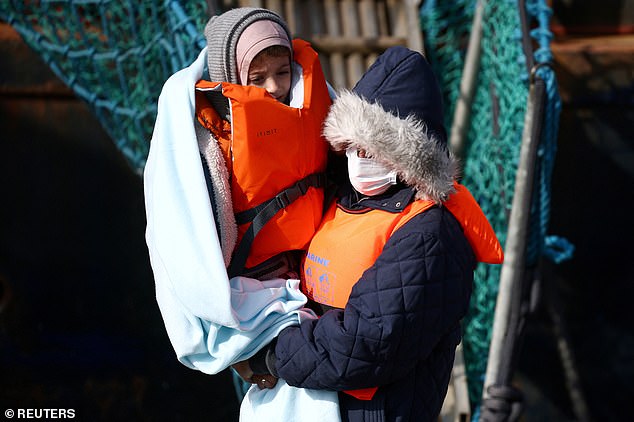 Men, women and children have often had to be rescued from struggling small boats by UK border force 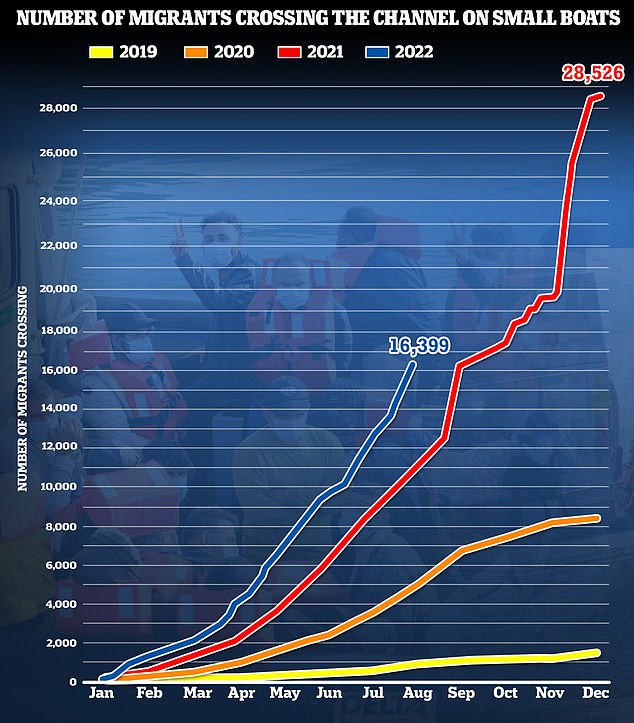 Two weeks ago, amidst the scorching heatwave which hit the UK and saw temperatures reach 40C, smugglers took advantage of the warm weather and clear skies.

The number of boats and people crossing the channel rose significantly, with a total of 1421 people in 33 boats being detected by the Home Office.

Crossing the channel in small boats is considered extremely dangerous, and can have deadly consequences.

As well as busy shipping waters and bad weather, the small boats provided by traffickers are often in poor condition and overcrowded.

On November 24, 2021 a rubber dinghy carrying 34 people sank, claiming 31 lives, after those inside desperately called for help for hours.

A new report released this week by French authorities found French and British coastguards both passed the buck for rescuing the dinghy before drowning claimed 31 lives plus that of an unborn child.

Sky News reported that a preliminary investigation, carried out by a law firm on behalf of some of the victim’s relatives, uncovered communications between the British and French emergency services which suggests neither side took responsibility for the unfolding disaster.

This responsibility-dodging is alleged to have gone on for a staggering six to seven hours across 80 separate phone calls from the desperate dinghy as both sides washed their hands and blamed the other.

The report, which draws on evidence from the two survivors, phone calls, text messages and emails, paints a damning picture of negligence as the dinghy floundered in choppy waters without rescue.