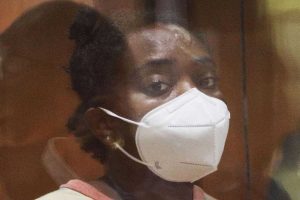 A woman charged in a string of anti-Asian hate crimes in Queens was ordered held behind bars without bail Saturday.

Maricia Bell, 25, told police she was at the scene of the four attacks, which began on May 23 and ended Wednesday, when she allegedly hit a 75-year-old woman in the back of the head with a hammer, according to the criminal complaint against her.

Police showed Bell a photo of the last victim, who was taken to the hospital and needed seven staples to close the wound.

“I was there. She was begging for money. I hit her,” Bell told police, according to the complaint.

The woman, like all of the victims, was Asian American.

When Bell was shown still photos of a woman taken from surveillance video at three of the crime scenes, she admitted they were photos of her, according to the complaint.

Bell, who was arrested Thursday, was hit with multiple hate crime charges including robbery, assault, grand larceny and possession of a weapon.