Omicron variant latest: Third UK case confirmed as masks to return to schools, transport and shops in England on Tuesday 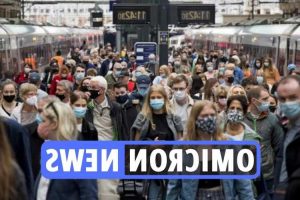 A THIRD case of the Omicron Covid variant has been confirmed in the UK – but Brits have been assured that England is 'nowhere near' tougher restrictions.

Speaking on Sky News on Sunday, health secretary Sajid Javid said people should “continue with their plans as normal for Christmas" – but warned it would be “irresponsible to make guarantees”.

But asked if there would be a return to harsher restrictions, Mr Javid add: “We are not there yet – we are nowhere near that.”

Read our Omicron live blog for the latest news and updates…