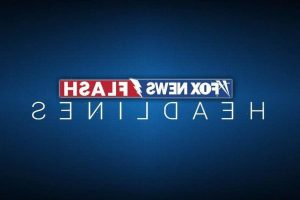 Tough-talking Philippine President Rodrigo Duterte has confirmed rumblings that he will run next year for vice president, in what critics say is an attempt at an end-run around constitutional term limits.

Duterte, who is notorious for his vulgar rhetoric and crackdown on illegal drugs, which has killed thousands of mostly petty suspects, said in comments broadcast Wednesday that he will run for vice president to “continue the crusade.”

“I will run for vice president,” he said. “I’m worried about the drugs, insurgency. Well, number one is insurgency, then criminality, drugs.” 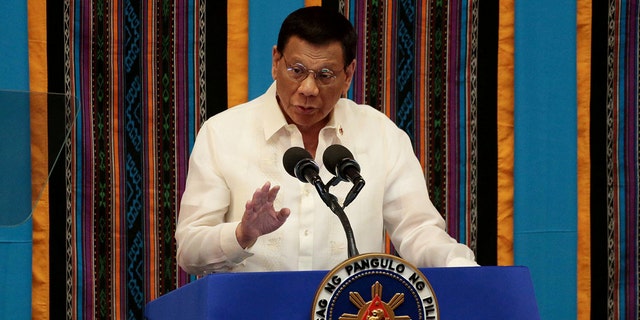 Philippine President Rodrigo Duterte gestures during his fourth State of the Nation Address at the Philippine Congress in Quezon City, Philippines in 2019.
(REUTERS)

The Philippines has been struggling through the COVID-19 pandemic, with rising infections and death rates and a slow vaccination rollout, but Duterte’s popularity ratings have remained high.

Polls suggest that running Duterte in tandem with his daughter, Sara Duterte, currently the mayor of Davao City, as the presidential candidate would be a strong pairing, said Manila-based political analyst Richard Heydarian.

The idea of the two running together has been discussed since 2019, he said, though Duterte advisers have reportedly said that he has suggested he might not run for vice president if his daughter decides to announce a bid for president.

“The campaign for Sara Duterte has more or less kicked off, it seems, almost irrespective of what Duterte’s position will be,” Heydarian said. “A Duterte/Duterte tandem is increasingly looking like the formidable team to beat in the next year’s elections.”

Further muddying the waters, however, Sara Duterte posted on Facebook later Wednesday that her father had told her he would run for vice president with his former aide, Senator Christopher “Bong” Go running for president.

She did not address her own aspirations, but said her father and Go should announce publicly that they would run together if they have made that decision.

“I respectfully advise them to stop talking about me and make me the reason for them running or not running,” she wrote.

Philippine presidents are limited by the 1987 Constitution to a single six-year term. At least two former presidents, Joseph Estrada and Gloria Macapagal Arroyo, have made successful runs for lower public offices after serving as president, but not for vice president.

If Duterte goes ahead with his run, it will likely face court challenges from the opposition, though Heydarian noted the Supreme Court has strongly supported the president’s moves in the past.

A new opposition coalition, 1Sambayan, whose name means One Nation, said Duterte’s decision came as “no surprise,” and made the coalition “more determined in unifying the democratic forces in responding to the challenge.”

“It shows a clear mockery of our constitution and democratic process,” the group said. “The candidacy is both legally and morally wrong, and we trust that the Filipino people will realize his brazen, selfish and self-serving motives.”

Duterte, 76, had previously hinted that he may run for vice president, and his confirmation Wednesday came after a senior official of his PDP-Laban party on Tuesday said that the president had agreed to run as its candidate.

Duterte “agreed to make the sacrifice and heed the clamor of the people” to run in the May 9 national elections, said Karlo Nograles, PDP-Laban’s executive vice president.

The vice president is elected separately from the president under Philippine law. Those who serve in the post could potentially be propelled to the top role if the president dies or is incapacitated for any reason.

If elected vice president, the move would be reminiscent of the machinations of Russian President Vladimir Putin, who Duterte once called his “favorite hero,” to hold on to power despite being constitutionally barred from seeking a third consecutive term as president in 2008.

“This is not to say that, should Sara Duterte become the president, that she will be essentially proxy for the president,” Heydarian said. “In Davao the two were together in charge (and) there were significant divergences in approaches and policy differences … so we may see some iteration of that, if ever the tandem makes it to the presidency.”

After the news broke that Duterte said he would run, opposition Sen. Risa Hontiveros warned that electing Duterte as vice president would mean a continuation of his authoritarian policies.

“Next year a lot is really at stake,” she said on the ABS-CBN News Channel.

“The president started his presidential run with a lot of drama, and it looks like he’ll be leaving us the same way, trying to confuse us, and we the Filipino people still searching for a true leader.”

In June, the International Criminal Court’s outgoing chief prosecutor said that a preliminary examination found reason to believe crimes against humanity had been committed during Duterte’s anti-drug crackdown, and the “shadow” of that and the discussion of possible sanctions against him also likely factor into Duterte’s calculus, Heydarian said.

Still, he said, if the past is any guide, Duterte’s true intentions might not be known for some time.

“Let’s not forget that President Duterte is known for, or notorious for, his strategy of hedging until the 11th hour, or even past the 11th hour,” Heydarian said.