Prediction markets bet against Gov. Cuomo amid calls for resignation 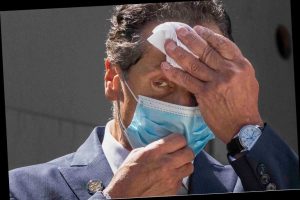 Gov. Cuomo is rightly facing calls to resign — but for the wrong crime

Cuo no-show: Gov’s staffers have stopped showing up to work as scandals mount

The odds are against Gov. Cuomo.

At least that’s according to the traders of PredictIt, a political predictions market that’s more or less a sportsbook for policy wonks.

The traders put the odds that the “luv guv” stays in office through 2021 at just 28% as of Saturday morning.

The market on Cuomo’s political future opened in late February, with the first allegation of sexual misconduct. As of Feb. 25, PredictIT traders gave Cuomo 72% odds of sticking it out through the year.

Even after a succession of new accusers, PredictIt traders, as of Wednesday afternoon, still gave the governor better than 60% odds. Cuomo shares slid overnight, as the market digested the sixth allegation, made Thursday, that Gov. Cuomo, while alone with a female aide in the Executive Mansion, reached under her blouse.

Meanwhile, PredictIt traders continued to forecast Andrew Yang as the winner of the mayor’s race, with 53% odds. Brooklyn beep Eric Adams came next with 27% odds.