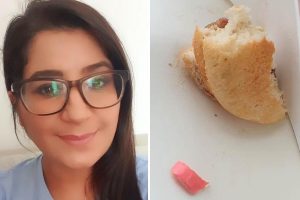 A PREGNANT mum claimed she vomited after biting down on an M&S sandwich with a "rubbery" false nail inside.

Bushra Perkins, who is six months pregnant, said she fished out a "dirty" gel nail from inside her mouth after biting into the supermarket sarnie. 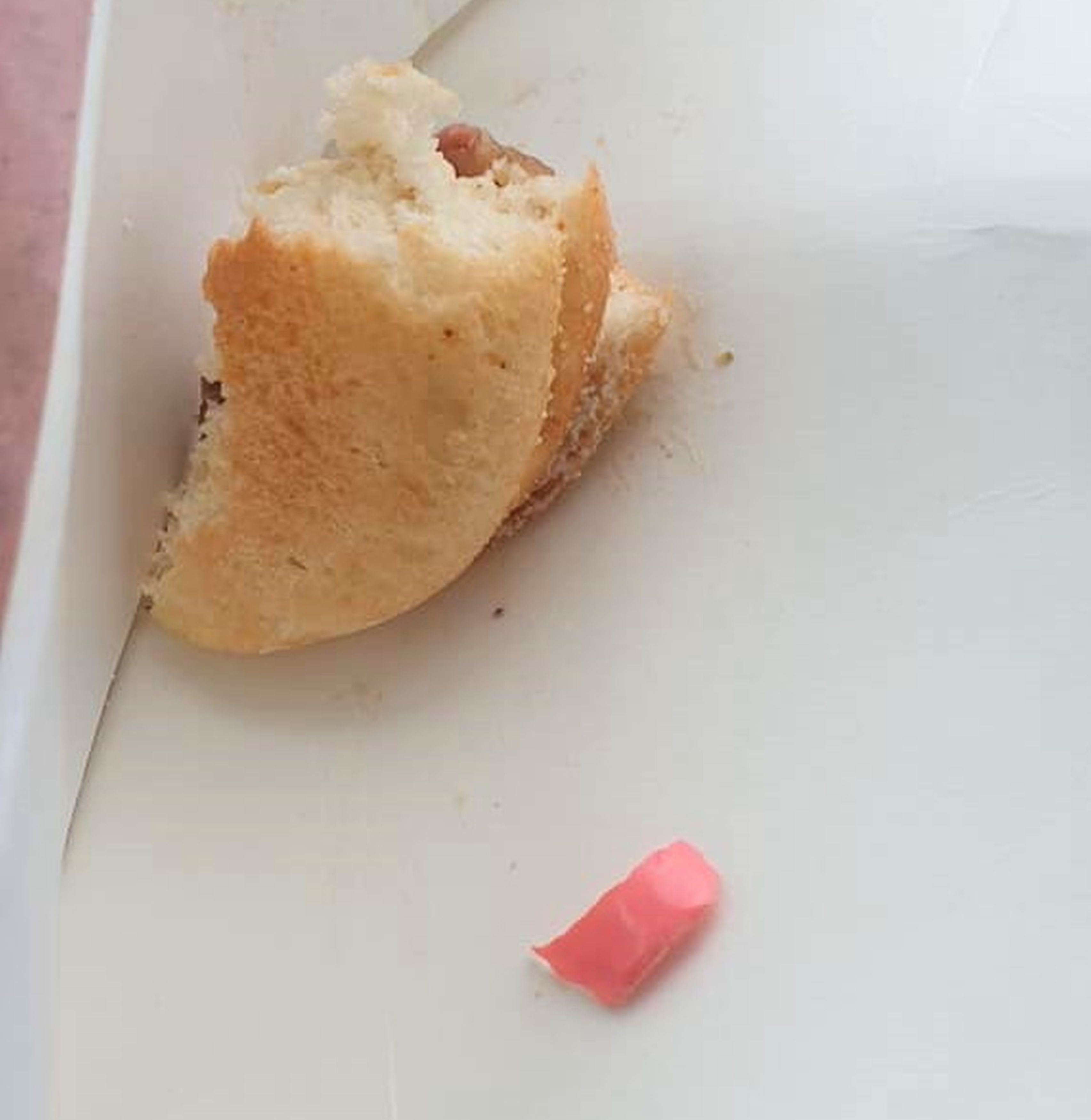 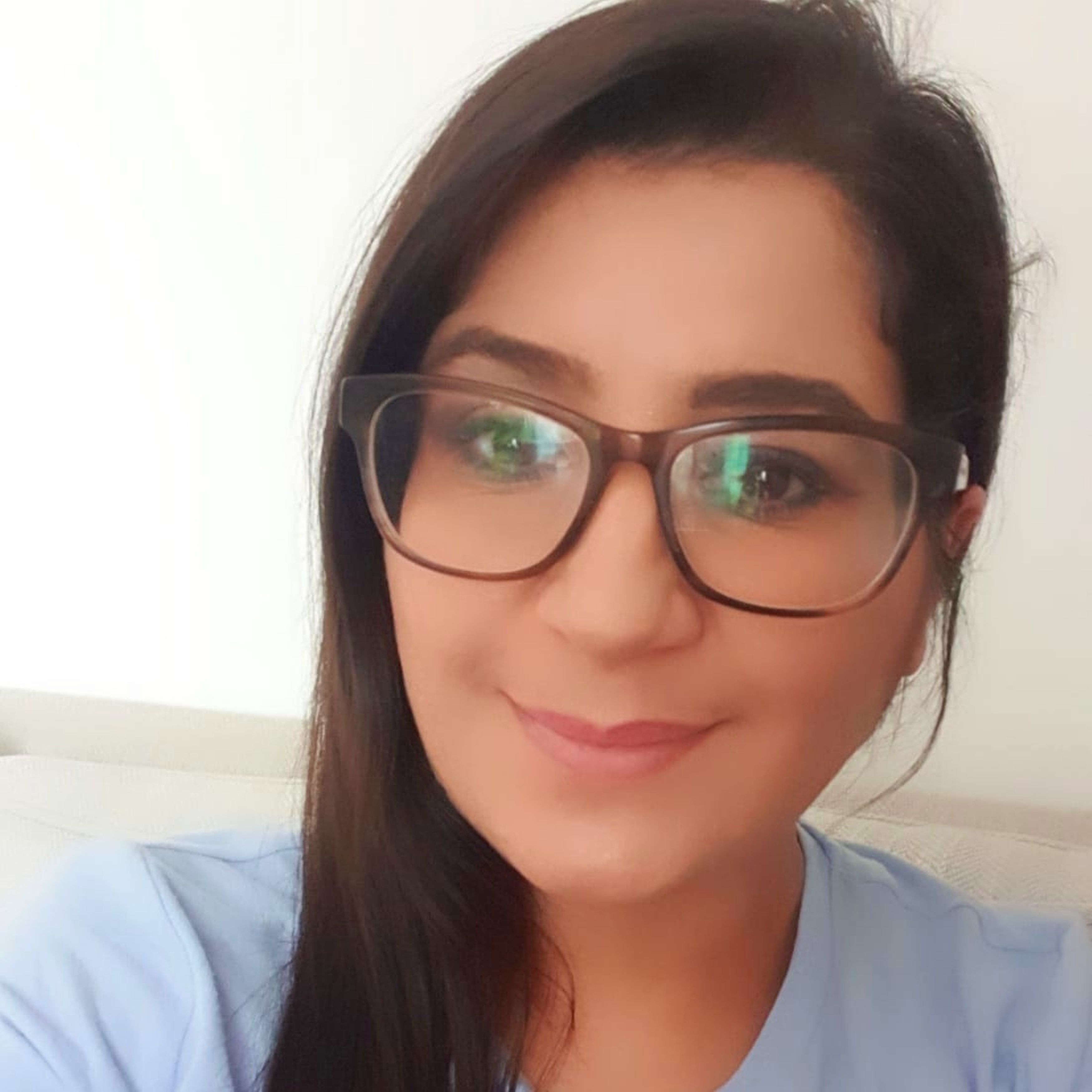 Bushra, 37, said she has informed Marks and Spencer's who confirmed they are investigating.

In the meantime, the mum-to-be has vowed never to shop at the posh supermarket ever again following the grim find in her beef and onion roll.

She purchased the allegedly dodgy sandwich from The Buck service station on the A303 in Andover, Hampshire on the way home from a family trip away.

The self-employed clothes maker from Northampton, Northants, said: "I'd eaten most of the sandwich already which makes me feel really sick. I took a bite into it.

"It had that rubbery feeling that gel nails have, I could feel that in my mouth.

"I thought 'what the hell is that' and I fished it out. It was dirty looking.

"I had a feeling in my stomach that I was going to be sick then I had to get my husband to stop off at the nearest service station and I was really sick. It's disgusting.

"It's hard because I had to get this thing out of my mouth. It was quite disgusting, it's someone's nail, you use your hands for everything.

"I'm disgusted at their level of food hygiene. It's not just that someone's nail had accidentally dropped in. They should be wearing gloves."

Bushra, who already has one child, said M&S told her it could take up to six weeks before she is contacted about the outcome of the investigation.

She said it left her feeling like the company "doesn't care," adding: "I don't really feel that four to six weeks is appropriate".

She said: "They don't seem to care and there isn't any continuity with this. I'm not convinced that anybody really cares and it's just one of those things.

"I'm pregnant, I'm quite far along now and it's not the kind of thing you expect to happen.

"You're already uncomfortable in a lot of ways and then to have something like that, it was awful."

An M&S spokesperson said: “We are in contact with Ms Perkins and are
investigating her query.” 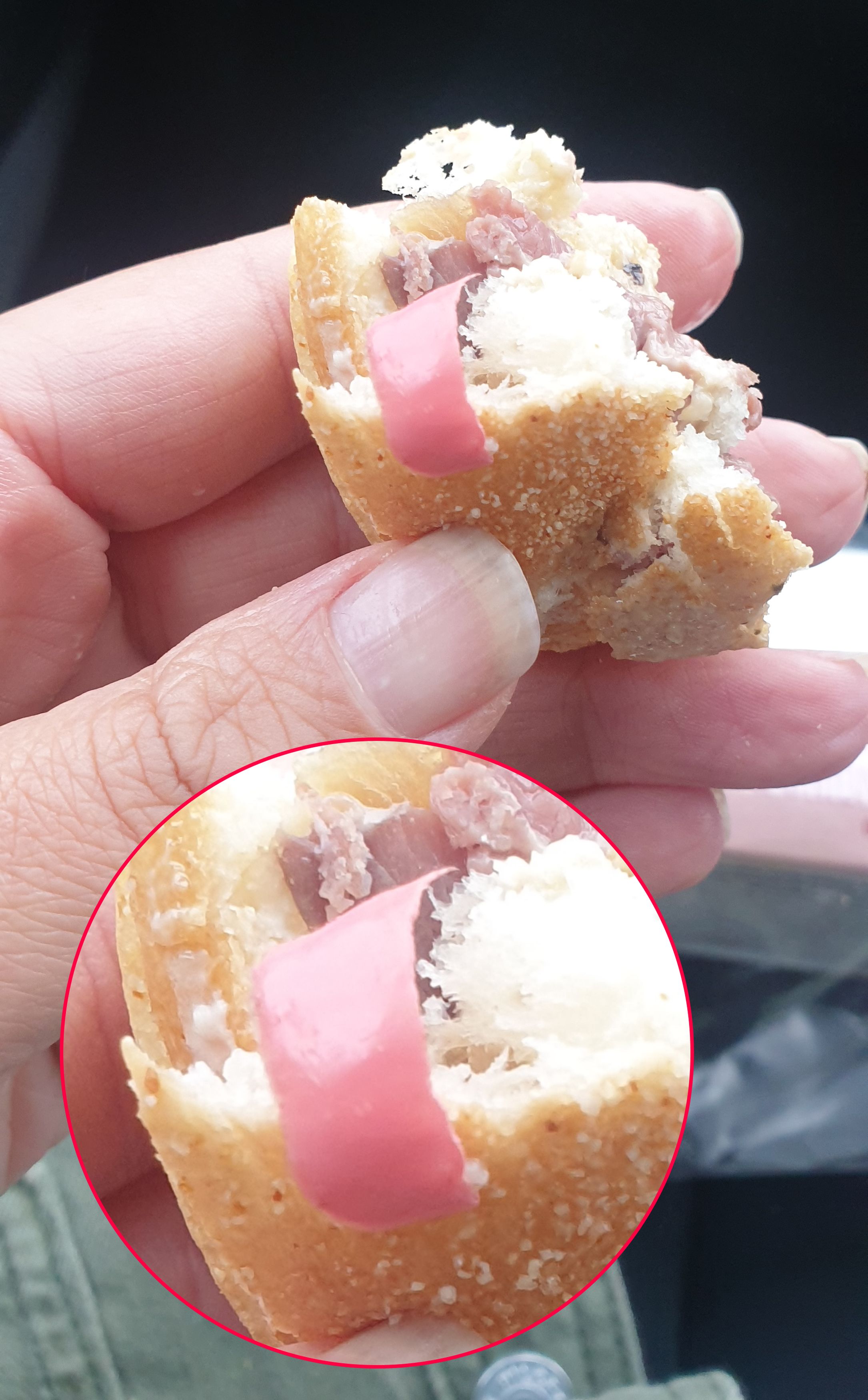 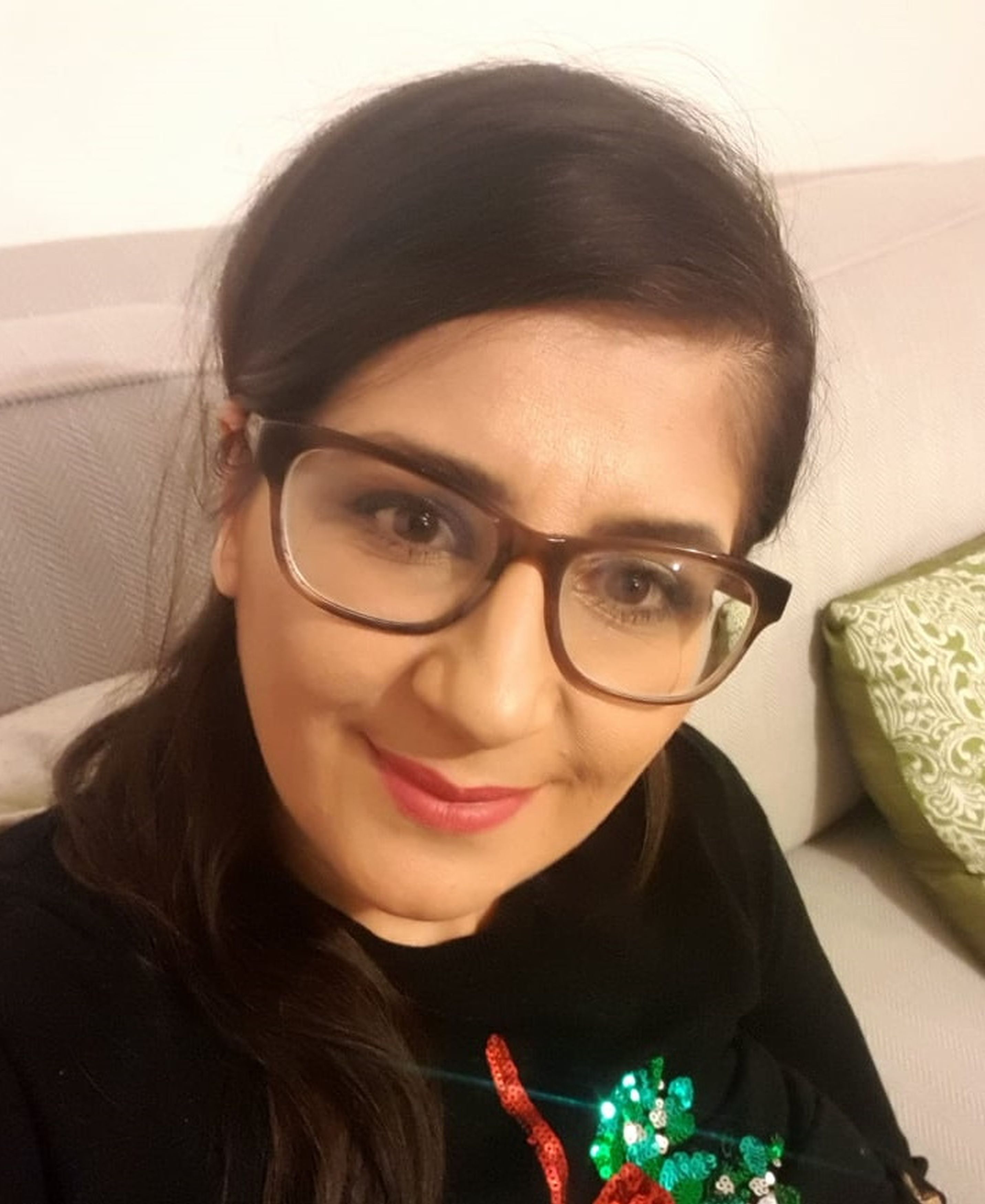 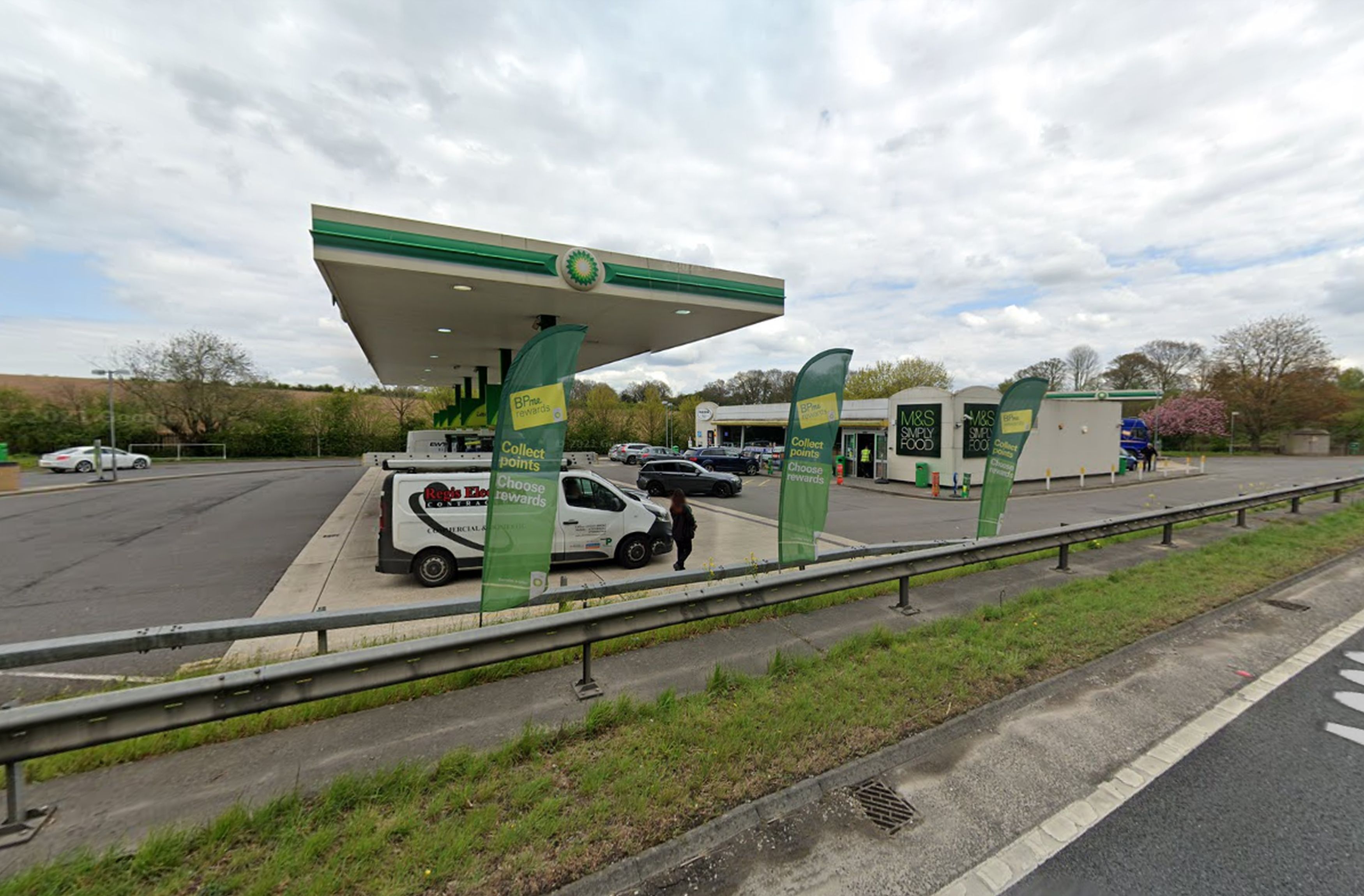