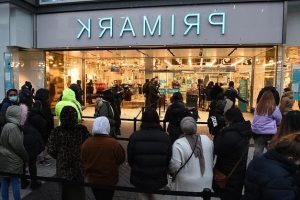 Primark has unveiled a new £140 million expansion plan and is set to open at least four more UK stores which will create around 850 jobs.

The budget retail giant said it hopes to see thriving high streets and shopping centres as it pledged to invest £140 million in its UK stores over the next two years.

The announcement comes at a time of significant pressure on the retail sector, with numerous retailers reporting that they have suffered from weakening consumer demand as shoppers cut back on non-essential spending.

But Primark said it is committed to offering customers good value across clothing, beauty and homeware products, and recently pledged to freeze its prices until next autumn.

New stores will be opened in Bury St Edmunds in Suffolk, Salisbury in Wiltshire, Teesside Park in Thornaby-on-Tees, and Craigavon in Northern Ireland.

There will also be investment in existing stores, with plans to relocate shops in Bradford and High Wycombe to higher-profile locations, the retailer said. 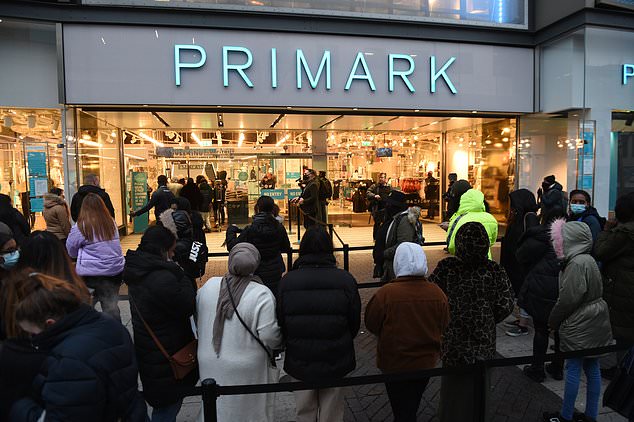 Refurbishing and upgrading stores in high streets, shopping centres and retail parks form part of the cash injection, including updating the interior decor.

Primark chief executive Paul Marchant said: ‘The UK is our biggest market and, as we continue to grow and expand our business internationally, we remain as committed as ever to investing in our stores to offer more customers our great value clothing, beauty, homewares and much more.

‘Busy towns and cities benefit us all – we want to see thriving high streets and shopping centres where people come together and enjoy spending time.

‘Through today’s investment, we’re playing a part in ensuring that UK retail continues to grow and thrive and give people another reason to visit their local high street.’

Primark has increased its in-store outlets in recent years, including beauty studios and cafes opening inside larger city-centre shops and a partnership with Greggs.

The business is trialling a click-and-collect service in 25 shops in the North of England and Wales.

Primark’s expansion follows the collapse of High Street giants during the pandemic.

Sir Philip Green’s Arcadia retail empire, for example, collapsed into administration at the start of December 2020.

Arcadia, which once consisted of 444 UK retail chain stores including Topshop, Miss Selfridge, Dorothy Perkins, and Wallis, was one leading high street company that was battered by the pandemic.

Debenham’s too announced a few days earlier that it was set to close its flagship store in Oxford Street, London, as liquidation of the retail giant continued.

The department store closures resulted in the loss of around 320 jobs, with stores in Portsmouth, Staines, Harrogate, Weymouth and Worcester closing their doors for good.

Debenhams had been in administration since April 2020, but when any hopes of a rescue were dashed, it drew a line under 242 years of trading and put 12,000 jobs at risk.

Experts called the collapse of the two giants at the end of last year one of the most ‘devastating’ weeks in the history of British retail.

The number of job losses was so large it equated to losing the entire labour force of the UK fishing industry overnight.

In March 2021, 157-year-old retail giant, John Lewis, said it was shutting four department stores in Aberdeen, Peterborough, Sheffield and York, and another four At Home stores in Ashford, Basingstoke, Chester and Tunbridge Wells.

Five of those shops were opened since the 2008-09 financial crisis, while the other three were big department stores that have been at the heart of three big cities – Aberdeen, Peterborough and Sheffield – for many decades.

In January the John Lewis Partnership recorded its first ever pre-tax loss of £517million during the pandemic, having previously announced it would be closing eight stores including its flagship site in Grand Central, Birmingham.