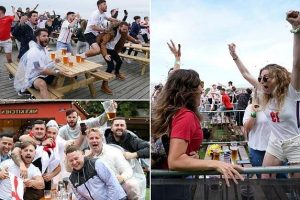 England’s stunning victory over Germany brought the nation to fever pitch last night – and may even give British business a much-needed shot in the arm.

Millions of fans piled into pubs across the nation as Gareth Southgate’s men finally defeated their old rivals after 55 years of hurt.

Celebrations continued long into the night with drinks flowing and streets packed with jubilant supporters.

Retail experts are hopeful that the victory could trigger a spending frenzy ahead of England’s quarter final match against Ukraine on Saturday.

Five million pints were sold during the win over Germany and with the next game being on a Saturday and at 8pm, we could see the number smashed during the Ukraine match. 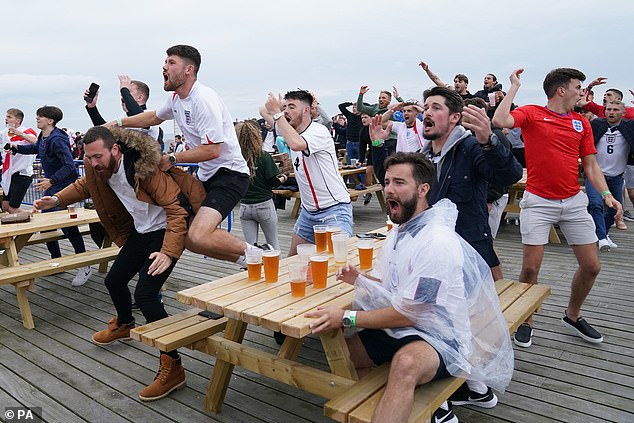 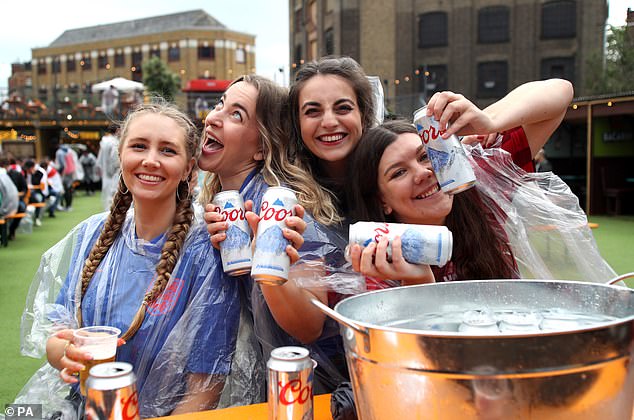 Retail analyst Richard Hyman said: ‘Obviously everyone will be pleased. Even people who aren’t interested in football will know what’s happened and it’ll put smiles on people’s faces and make them feel more positive.

‘And maybe they’ll spend some more money, which will be good for the economy.’

Mr Hyman added: ‘I think that when people are positive they’re likely to spend more.

‘I think [the win] will be a boost but how long it lasts and how meaningful it is remains to be seen.’

The potential boost is expected to be even greater with sunshine forecast for this weekend.

It means millions of fans will gather in pubs, beer gardens and parks after several days of rain.

Supermarkets and takeaways are also expected to see a boost – with an even greater one expected if England carry on progressing.

They are favourites to beat Ukraine and are also expected to triumph against potential semi-final opponents Denmark or the Czech Republic.

Yesterday’s impressive victory over Germany caused jubilation across the UK. 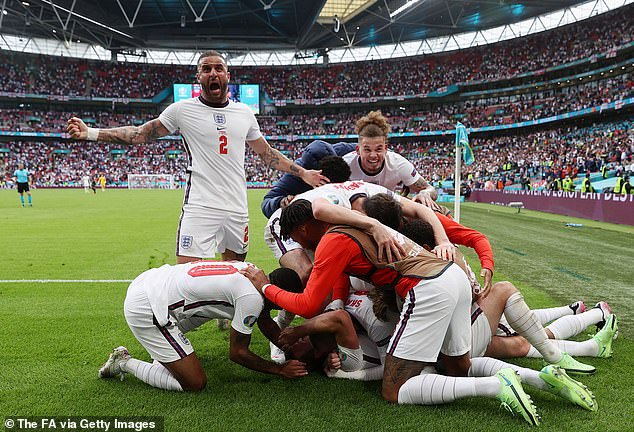 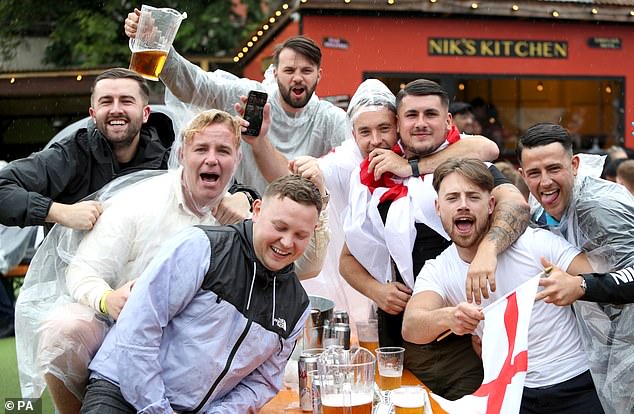 Five million pints were sold during the win over Germany and with the next game being on a Saturday and at 8pm, we could see the number smashed during the Ukraine match 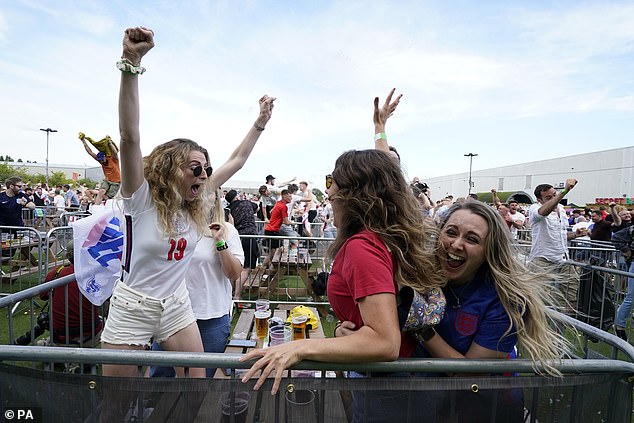 George was seen watching the match close to his avid football fan father, with the pair wearing matching suits and England ties. The Duke of Cambridge dotingly explained every twist and turn of the nail-biting match to his son – who is named after the patron saint of England – as they beamed from their box.

Football Association president William threw his fists into the air as his wife Kate clapped demurely when the final whistle blew.