Rescuers look for victims at Cuba hotel after blast kills 25 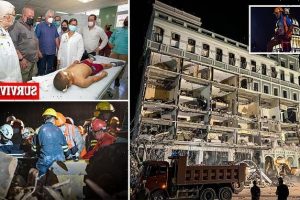 At least 25 people are now known to have died after a natural gas explosion ripped through a luxury Havana hotel that was completing renovations.

So far, 22 of the bodies pulled from the wreckage of the Hotel Saratoga have been identified, according to Orestes Llánez, coordinator of the Havana city government.

Officials say 18 victims were from Havana, with the remaining four from elsewhere in Cuba.

Those killed have not yet been named.

A frantic search for survivors continues, with one person pulled alive from the shattered ruins of the 19th Century building in the early hours of Saturday.

It is unclear how many people still remain missing, with sniffer dogs being used to try and track victims down.

The structure in the city´s Old Havana neighborhood did not have any guests at the time because it was undergoing renovations ahead of a planned Tuesday reopening after being closed.

Relatives of missing people remained at the site overnight. Others gathered at hospitals where the injured were being treated.

‘I don´t want to move from here,’ Cristina Avellar told The Associated Press near the hotel, whose outer walls were blown away by the explosion, leaving the interiors of many rooms exposed. 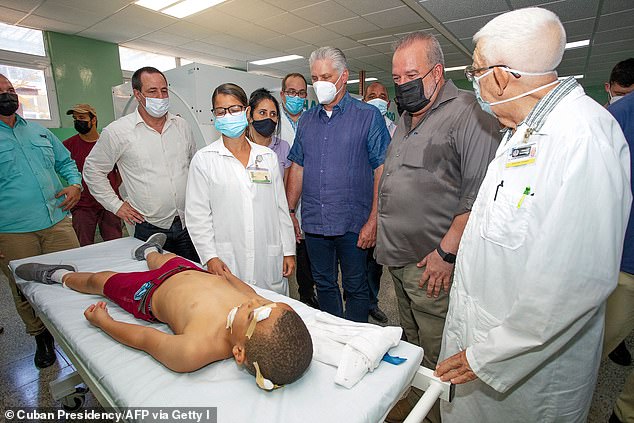 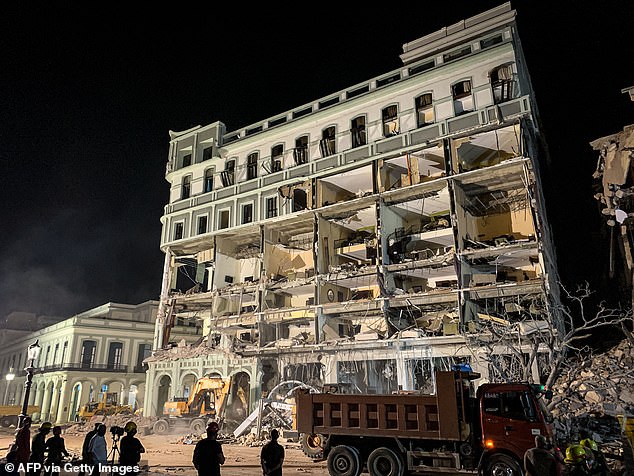 Rescue crews continued to comb the wreckage of the shattered Hotel Saratoga on Friday night, and found at least one survivor trapped in its rubble 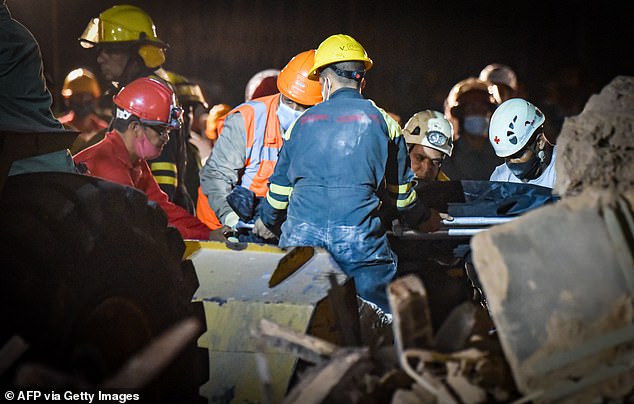 Recovery crews remove a body from the wreckage of the hotel, which was destroyed by a natural gas explosion just days before it was due to reopen

Avellar was waiting for news of Odalys Barrera, a 57-year-old cashier who has worked at the hotel for five years. She is the godmother of Barrera´s daughters and considers her like a sister.

Although no tourists were reported injured, the explosion is another blow to the country´s crucial tourism industry.

Even before the coronavirus pandemic kept tourists away from Cuba, the country was struggling with tightened sanctions imposed by former U.S. President Donald Trump and kept in place the Biden administration. Those limited visits by U.S. tourists to the islands and restricted remittances from Cubans in the U.S. to their families in Cuba.

Tourism had started to revive somewhat early this year, but the war in Ukraine deflated a boom of Russian visitors, who accounted for almost a third of the tourists arriving in Cuba last year.

The hotel´s lower floors appeared to have suffered most of the damage from Friday’s blast. The missing walls made it possible to distinguish mattresses, pieces of furniture, hanging glass, tattered curtains and cushions covered in dust.

Dr. Julio Guerra Izquierdo, chief of hospital services at the Ministry of Health, said at least 74 people had been injured. Among them were 14 children, according to a tweet from the office of President Miguel Díaz-Canel.

Cuba´s national health minister, José Ángel Portal, told The Associated Press the number of injured could rise as the search continues. Fire Department Lt. Col. Noel Silva said rescue workers were still looking for a large group of people who may be under the rubble. 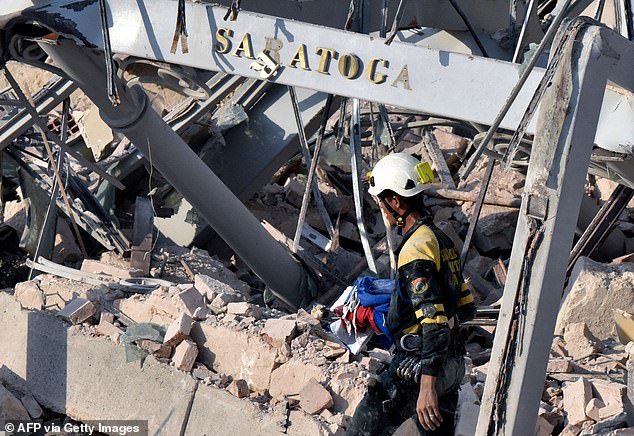 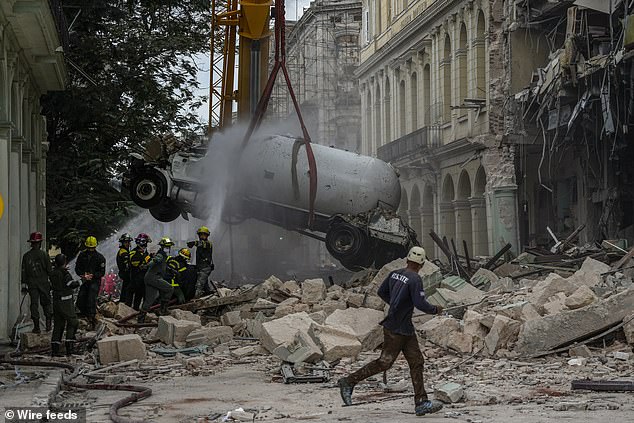 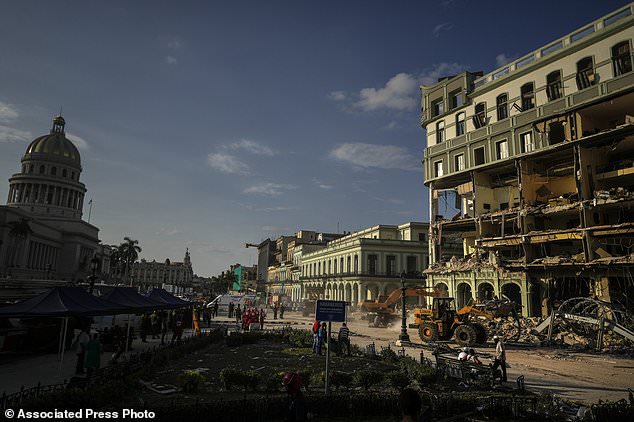 Rescue teams are snapped combing through the wreckage in downtown Havana

The shattered hotel remained cordoned off as workers operated heavy machinery to lift huge pieces of wall and masonry and trucks left the site loaded with debris.

Rescuers declined to answer questions because the authorities had ordered them to avoid confusion.

A 300-student school next to the hotel was evacuated. Havana Gov. Reinaldo García Zapata said five of the students suffered minor injuries.

The emblematic hotel had a stunning view of Cuba’s center, including the domed Capitol building about 110 yards (100 meters) away. The Capitol suffered broken glass and damaged masonry from the explosion.

The hotel was renovated in 2005 as part of the Cuban government´s revival of Old Havana and is owned by the Cuban military´s tourism business arm, Grupo de Turismo Gaviota SA. The company said it was investigating the cause of the blast and did not respond to an email from the AP seeking more details about the hotel and the renovation it was undergoing.

In the past, the Hotel Saratoga has been used by visiting VIPs and political figures, including high-ranking U.S. government delegations. Beyoncé and Jay-Z stayed there in 2013.

García Zapata said structures adjacent to the hotel were being evaluated, including two badly damaged apartment buildings. Díaz-Canel said families in affected buildings had been transferred to safer locations.

Photographer Michel Figueroa said he was walking past the hotel when ‘the explosion threw me to the ground, and my head still hurts…. Everything was very fast.’

Worried relatives of people who had been working at the hotel showed up at a hospital to look for loved ones. Among them was Beatriz Céspedes Cobas, who was tearfully searching for her sister.

‘She had to work today. She is a housekeeper,’ she said. ‘I work two blocks away. I felt the noise, and at first, I didn´t even associate’ the explosion with the hotel. 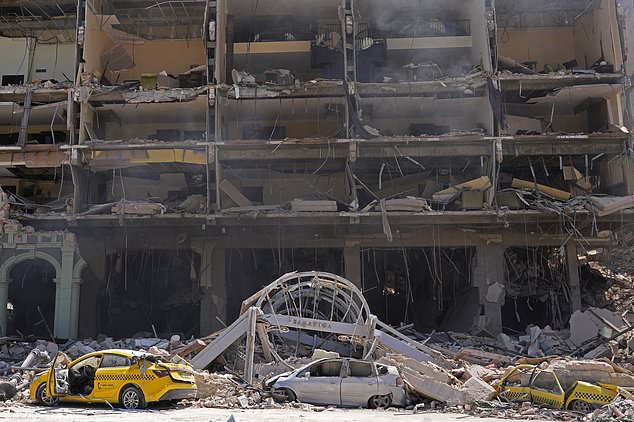 Rooms are exposed at the five-star Hotel Saratoga after a deadly explosion in Old Havana, Cuba, Friday, May 6, 2022. (AP Photo/Ramon Espinosa) 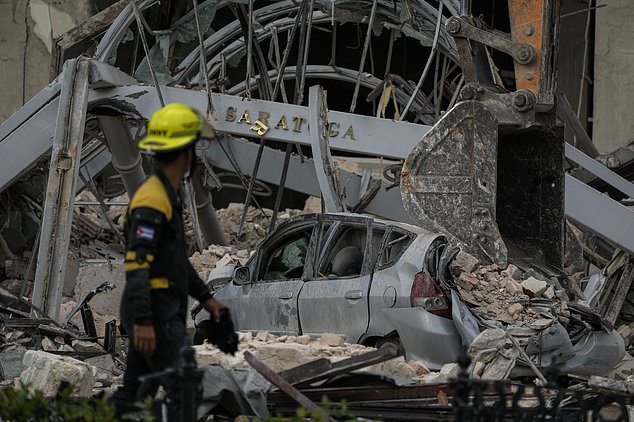 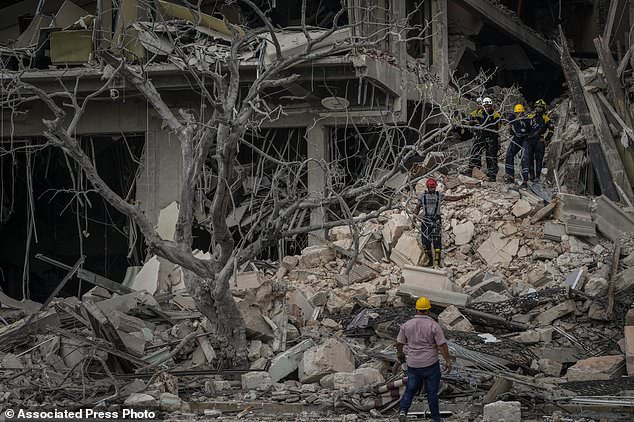 Rescue teams search for survivors on Friday, with the search ongoing through Saturday 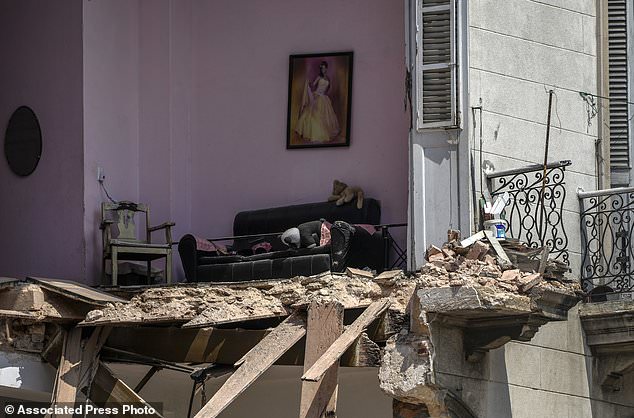 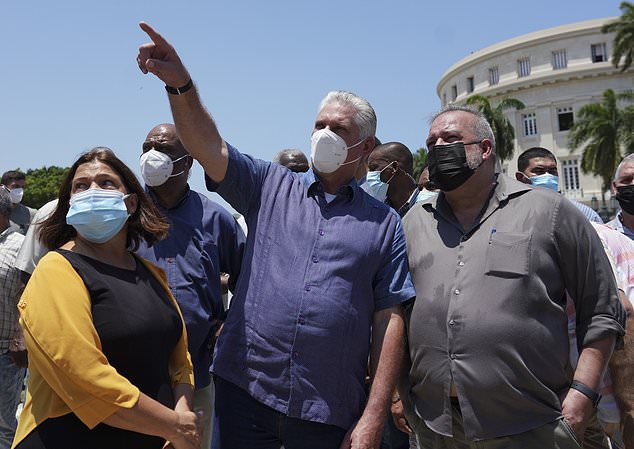