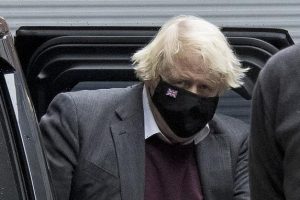 REVEALED: The 65 vaccine passport Tory rebels accusing the government of ‘jumping the gun’ as Boris Johnson faces his ‘biggest rebellion’ yet

Boris Johnson could face the biggest rebellion of his premiership so far next week, with 60 Tory MPs said to be planning to vote against the imposition of extra coronavirus measures.

The Prime Minister announced on Wednesday he would be triggering his winter Plan B protocols in a bid to buy the UK time in the fight against the Omicron variant of the virus.

Tories have reacted with dismay to the proposals, with tens of backbenchers pledging to vote down plans for vaccine passports to be made mandatory for large venues. 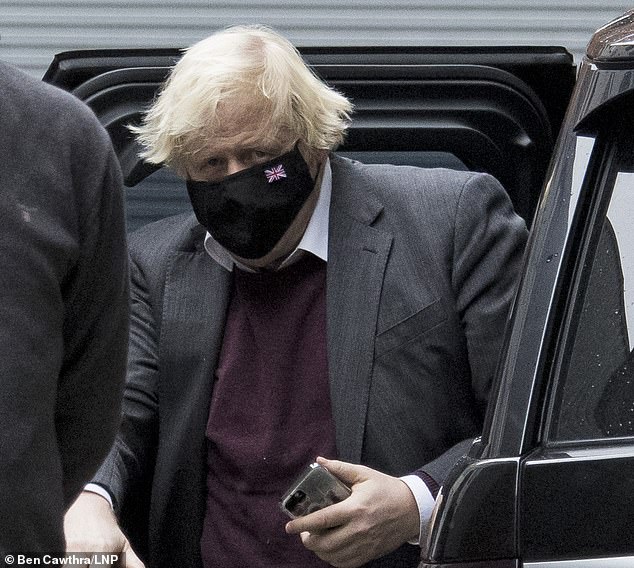 The Plan B measures also include compulsory mask-wearing in most public indoor settings, as well as guidance for employees to work from home where they can in order to stem transmission.

Former Cabinet ministers David Davis, Esther McVey, Dr Liam Fox and Greg Clark are among those to have voiced concerns about the scaling-up of restrictions.

Mr Clark, a former business secretary, said the Government had ‘jumped the gun’ in choosing to act before more was known about the impact Omicron could have on hospital admissions.

Former trade secretary Dr Fox, speaking in a debate in the Commons, said it was ‘difficult to justify these extra measures’. 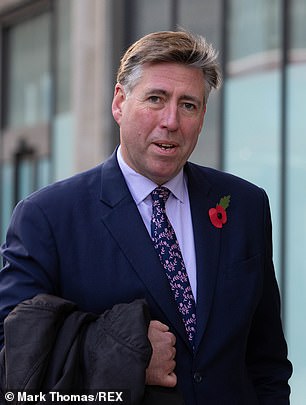 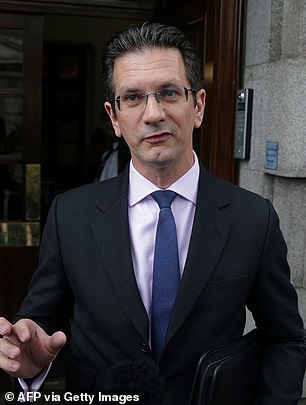 Sir Graham Brady, the chairman of the backbench 1922 committee (left) and ex-minister Steve Baker (right) are among the 65 Tory MPs planning to rebel against the Covid measures

Senior Conservatives, including select committee chairmen Tobias Ellwood and William Wragg, have spoken in opposition to the measures while 2019 in-take MPs such as Dehenna Davison and Lee Anderson – who represent so-called former Labour ‘red wall’ constituencies – have announced they will rebel on Tuesday’s vote in the House of Commons.

‘It is not the appropriate tactic to impose on a very weary nation at this time.’

According to The Sun, former Brexit minister Steve Baker told MPs in the Covid Recovery Group (CRG) – a group of anti-lockdown Tories – WhatsApp chat that ministerial resignations were ‘likely’ during the restrictions row. 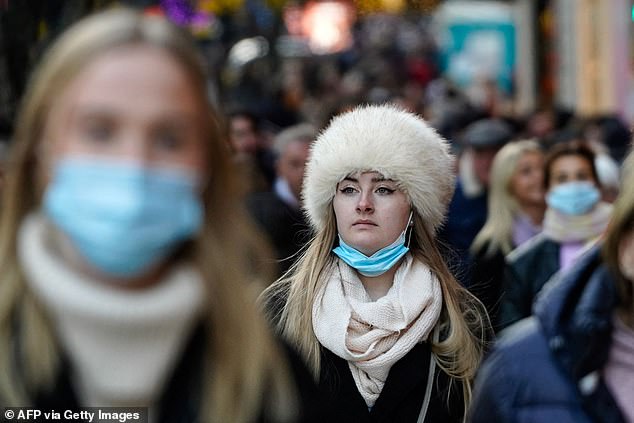 Mask-wearing became mandatory in cinemas, theatres and places of worship yesterday, and work from home guidance will return on Monday. A woman is seen walking along Oxford Street in London

Baker, a prominent figure in the Covid Recovery Group of Conservatives, said: ‘I am not expecting to be lonely when I vote against Plan B but we do need MPs to vote against, not abstain.’

He added that he does not comment on leaks, when approached by PA news agency.

Despite the difficulties facing the Prime Minister – who enjoys a majority of around 80 in the Commons – on his own benches, the Plan B vote is almost certain to pass with Labour support.

Asked about the prospect of a Tory rebellion, Communities Secretary Michael Gove said he was ‘confident’ MPs would examine the proposals ‘seriously, soberly and thoughtfully’ in light of the fast way Omicron has been spreading across the UK.

Speaking to broadcasters on Friday, he added: ‘I’m also confident people will conclude that, on balance, it is right to act.’

From Friday, in England the legal requirement to wear masks was extended to more indoor spaces including museums, galleries and community centres.

There will be a return to working from home guidance from Monday, and mandatory Covid passports for large venues is set to apply from Wednesday.

Mr Johnson told a Downing Street press conference this week he would like to lift the Plan B measures ‘no later than early January’.

Who are the Covid vaccine passport rebels?