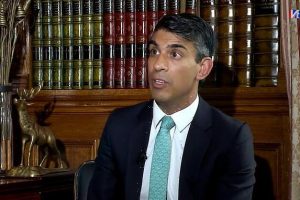 Rishi Sunak has said that ‘political correctness’ is standing in the way of tackling child sex grooming gangs.

The former chancellor blasted authorities who are ‘scared of calling out the fact that there’s a particular group of people who are perpetuating these crimes’.

If he wins the Tory leadership contest, Mr Sunak vowed to force police to record the ethnicity of those involved and promised new life sentence for groomers.

An inquiry revealed that police failed to tackle widespread abuse by south Asian men in Telford for fear of looking ‘politically incorrect’.

In an interview with GB News, the prime ministerial hopeful said: ‘I have two young girls who are nine and 11, and I think for too long we just haven’t focused on this issue.

‘It’s a horrific crime. It’s far more pervasive across the country than actually we all realise.

‘We all know the reason that people don’t focus on it. It’s because of political correctness and they’re scared of calling out the fact that there’s a particular group of people who are perpetuating these crimes, and I think that’s wrong, and I want to change that as prime minister.’ 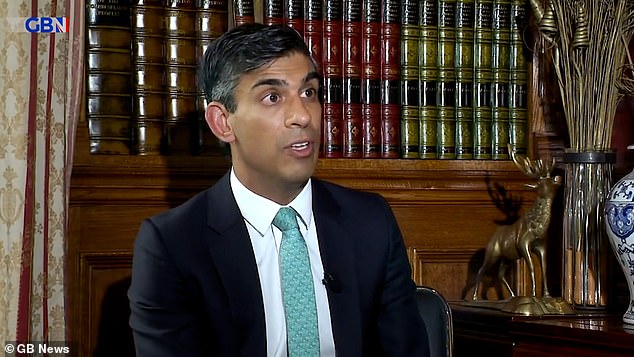 He added: ‘I want to make sure that all police forces record the ethnicity of those involved, which currently is not done because people don’t want to do that.

‘I want to create a brand new life sentence for those involved in grooming with very limited options for parole because I’m not going to let political correctness stand in the way of tackling this absolutely horrific crime.’

It comes as a supporter of Mr Sunak’s defended his remarks on working to divert funding from deprived urban areas towards more prosperous towns, saying they were ‘misunderstood’.

Conservative former minister Andrew Mitchell, the MP for Sutton Coldfield, told Times Radio: ‘I think it’s been misunderstood because, first of all, Rishi, when in Government, produced significant sums as Chancellor of the Exchequer to help with the levelling-up agenda and to address funding needs specifically in Red Wall seats in our poorest areas, but also in areas like mine, which are not part of the Red Wall and are not one of the poorest areas in the country.

‘Indeed, Sutton Coldfield is one of the most affluent.

‘Now, I’m not saying for a moment that the needs aren’t far greater elsewhere, but we will not be able to rejuvenate our high street infrastructure, the town centre infrastructure, which has suffered so grievously from economic change over the last 10 years. 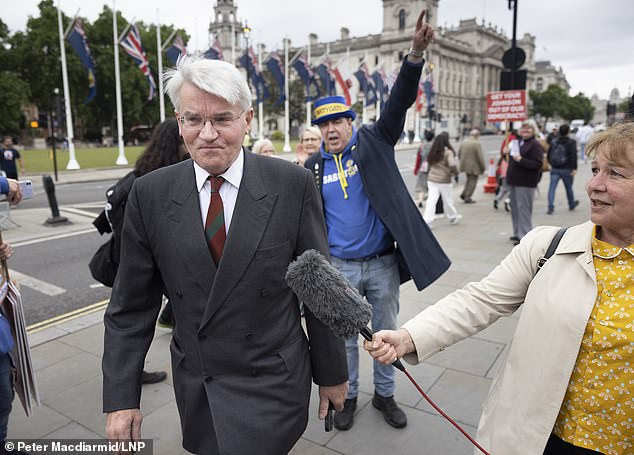 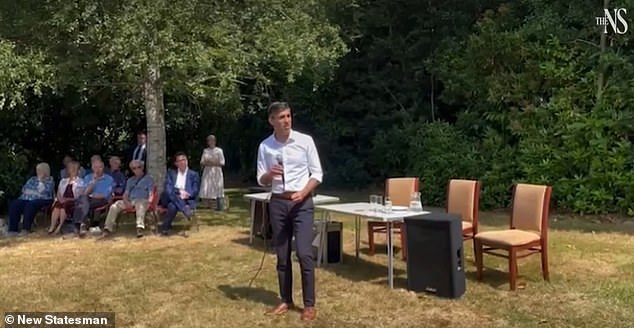 ‘We won’t be able to do that without some, admittedly smaller, but some Government taxpayer support and what Rishi was saying, I think, was that he had adapted the rules to ensure that both the Red Wall and the poorer seats can receive the help they need, but also where it’s needed on a wider front, which of course affects the Red Wall seats, such funding can be made available.’

Mr Sunak was filmed bragging that he had started changing public funding formulas when he was chancellor to ensure places like Tunbridge Wells receive ‘the funding they deserve’.

The New Statesman magazine, which obtained video revealing Mr Sunak’s remarks, said they were made to grassroots Tories in the Kent town on July 29.

Mr Sunak’s campaign did not dispute the video and instead defended its content.

In the video, Mr Sunak told Tory supporters in affluent Tunbridge Wells: ‘I managed to start changing the funding formulas, to make sure areas like this are getting the funding they deserve because we inherited a bunch of formulas from Labour that shoved all the funding into deprived urban areas and that needed to be undone.

‘I started the work of undoing that.’