Rishi Sunak launches plan to 'save the high street' 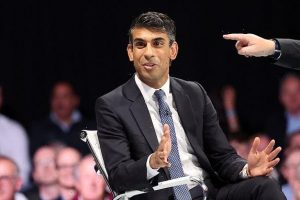 Rishi Sunak launches plan to ‘save the high street’ by vowing to slash the number of empty shops, protect cash machines from closure and crack down on graffiti and littering

Rishi Sunak will today launch a plan to ‘save the high street’ as he sets out his stall in the Tory leadership race.

The former Chancellor vows to slash the number of empty shops by 2025, protect cash machines from closure and crack down on graffiti and littering.

Mr Sunak has promised to give the police greater powers to punish antisocial behaviour and double the fines councils can issue. 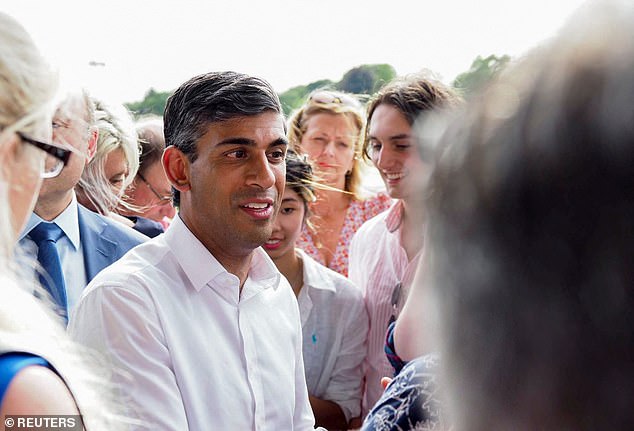 Rishi Sunak, pictured on Saturday at Fontwell Park Racecourse, West Sussex, has said that he wants to ‘save the high street’ by slashing the number of empty shops by 2025

He said high streets are a ‘crucial’ part of rebuilding Britain’s economy, and that if he becomes Prime Minister empty shops would be ‘turned into thriving local assets, supporting skills, local businesses, economies and creating jobs’, alongside public services including police stations and job centres.

The leadership contender, who faces a crucial few days ahead of ballot papers going out to members this week, has launched the plan as part of a policy push to battle frontrunner Liz Truss.

Mr Sunak said: ‘I understand the vital role that high streets play in local communities. I don’t just want them to survive, I want them to thrive.’

The plan comes as Britain’s retail banks have announced that they will close more than 500 bank branches this year alone.

Mr Sunak said he will give the Financial Conduct Authority new powers to intervene and stop big banks from closing down free cash machines.

Mr Sunak also said he would support farmers’ markets and covered markets and make it ‘as easy as possible for them to trade on our high streets and sell their fantastic produce to local people’.

He also announced plans to make it easier to turn empty shops into cafes and other businesses by consulting with local councils on how to convert boarded-up premises.

There are an estimated 58,000 empty shops on Britain’s high streets, according to 2019 data by the Office for National Statistics. 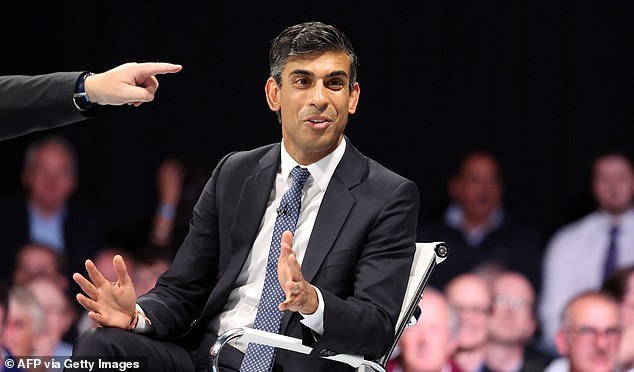 Mr Sunak, MP for Richmond (Yorks) said: ‘We should all take pride in our high streets so I will also crack down on antisocial behaviour, graffiti and littering – through extended police powers and increased fines.’

His plan includes looking at reducing the threshold for damage for illegal graffiti that can lead to imprisonment, and giving the police more powers to issue ‘dispersal orders’ for antisocial behaviour, which would ban people from certain locations for 48 hours.