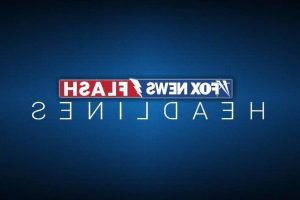 Robert Durst has bladder cancer, his lawyers revealed in a Thursday motion seeking to delay the resumption of the real-estate scion’s murder trial, a new report said.

In addition to cancer, Durst is suffering from a “myriad of life-threatening health issues,” his attorney’s wrote in the emergency motion that requests the 78-year-old be released on bail into an outside medical facility, CNN reported.

“We are very concerned about his health,” Durst’s lawyer Dick DeGuerin told the network.

“He’s really gone down in the last year. He’s been in and out of clinics and hospitals frequently,” DeGuerin said.

Durst’s trial for the slaying of his best friend Susan Berman over two decades ago is set to start up again Monday following a yearlong break due to COVID-19.

In the motion, Durst’s lawyers say a criminal trial is “grueling for a healthy individual, let alone a 78-year-old man with serious health conditions.”

Ailments Durst is suffering from, according to the motion, include, “bladder cancer, prior esophageal cancer, malnutrition, coronary artery disease with drug-eluting stents, atrial fibrillation, and chronic kidney disease.”

Durst’s lawyers said he is willing to pay high bail and wear a GPS tracking device if released to a medical facility, the report said.

Prosecutors have argued that Durst executed Berman to stop her from sharing what she knew about the 1982 disappearance of his first wife Kathie Durst in Westchester after authorities launched a new probe.

Although his first wife’s body was never found, Durst remains the prime suspect.

He has been jailed since his 2015 arrest — which was spurred by admissions he made in the HBO documentary “The Jinx: The Life and Deaths of Robert Durst” — and has pleaded not guilty.

This story first appeared in the New York Post.